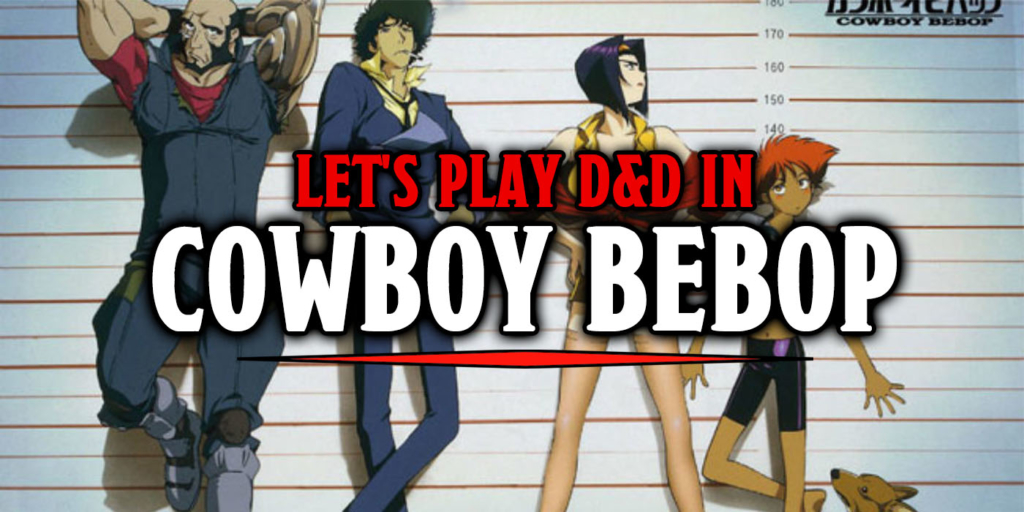 This week we’re chasing bounties and getting into trouble as we invite Spike Spiegel to play D&D. Three Two One, Let’s Jam.

Cowboy Bebop is one of those animes that transcends the anime genre. People who ‘don’t like anime’ like Cowboy Bebop. Even my parents like it. In fact, they happened to catch it on Adult Swim way back when and watched it on their own before calling to ask me if I’d ever heard of it. It was really cute. 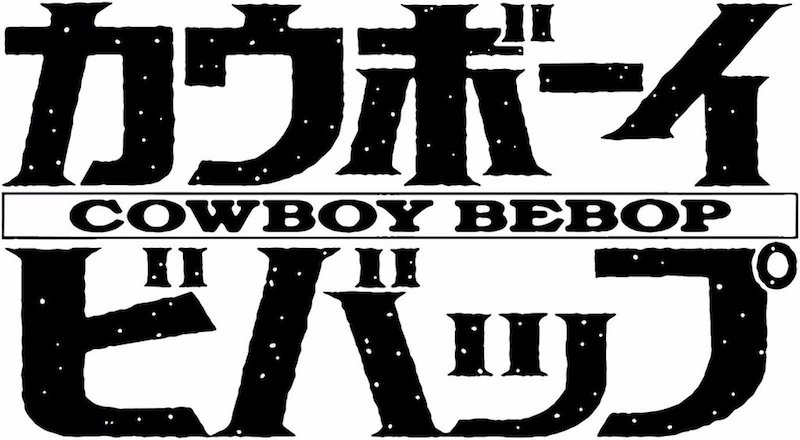 Cowboy Bebop is also a show with characters that would fit in so well in your average D&D campaign. Sure, the setting is drastically different, but the characters themselves and the group dynamic are practically perfect. Especially Spike. 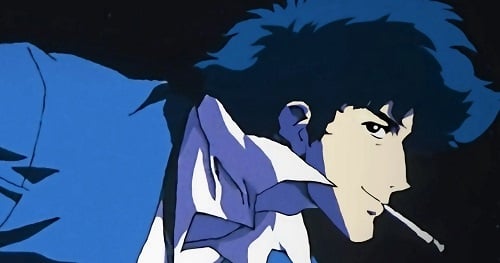 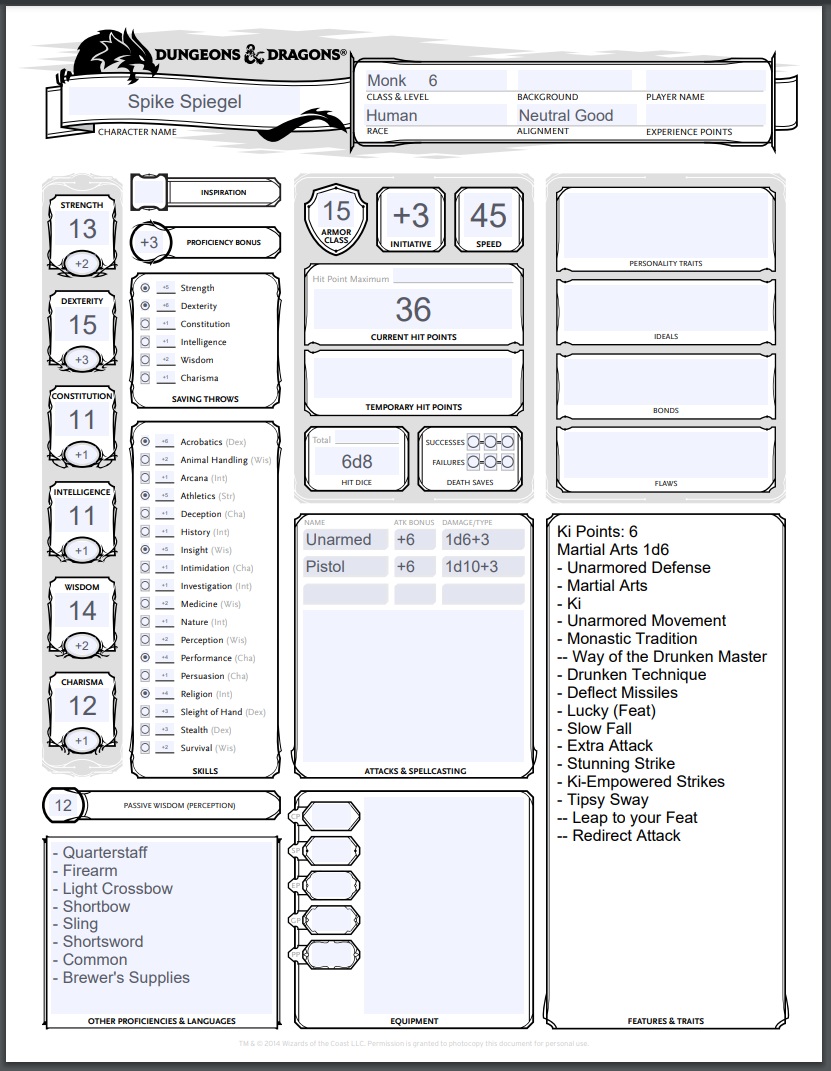 Spike is without a doubt the dictionary definition of a drunken master monk. In a show about bounty hunters and scam artists, your knee jerk reaction may be rogue, and I think that would be the right choice for Feye, but the most interesting and useful thing about Spike as a member of the crew isn’t his job, it’s his abilities and how good he is at his fluid fighting style. That said, not all of the monk powers are exactly a match. He’s not stopping missiles or slow falling, but the extra attacks, boosts to hand to hand fighting, redirects, and unarmored nature of the monk more than make up for it, I think.

My rolls were less good for Spike than I would have wanted at first, but for things like Constitution I think that works surprisingly well. He’s a normal guy, after all, and not as immune to getting hurt or dying as you may want your adventurer to be… That said, you probably want a character you’re actually playing to be as close to immune to death as possible. But I gave him the feat Lucky instead of an ability score boost for that very reason. What Spike is missing in armor or hit points he makes up for in luck. Things always seem to work out for him just well enough to keep his mission going. 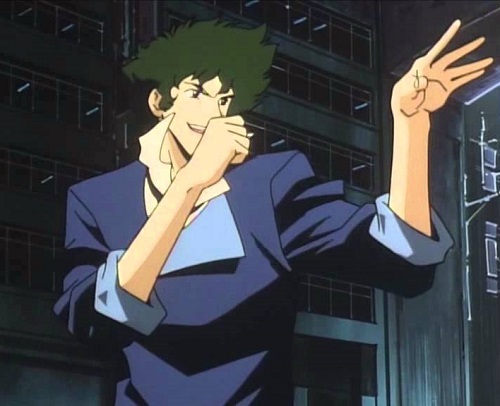 You may also notice that equipment is left unusually blank. I don’t often give them nothing, even if it’s quippy or more character-specific than useful in-game. Spike doesn’t really have a lot of things. There’s the Swordfish II – which could have some very cool potential in a Dungeons and Dragons setting as a water or air faring vessel – and a seemingly endless supply of cigarettes, but not much else and nothing I’d consider equipment.

The rest of the team could make for equally fun and very playable characters with a roguish thief (she’s more of a con artist, but I think we can fudge it) and artificer with a pet or possibly even a construct, but what would Jet be? I’m leaning paladin, but I’m open to discussions and very interested in coming back to visit the rest of the Swordfish II crew. 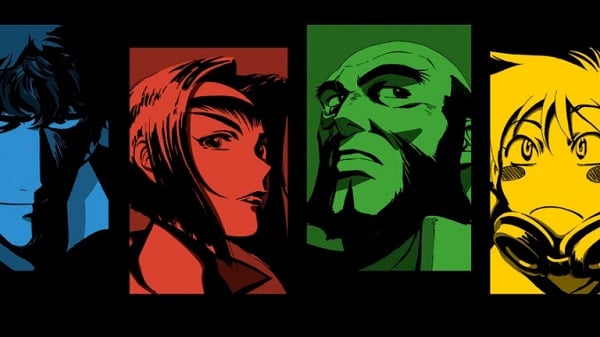 See You In Space, Adventurers! 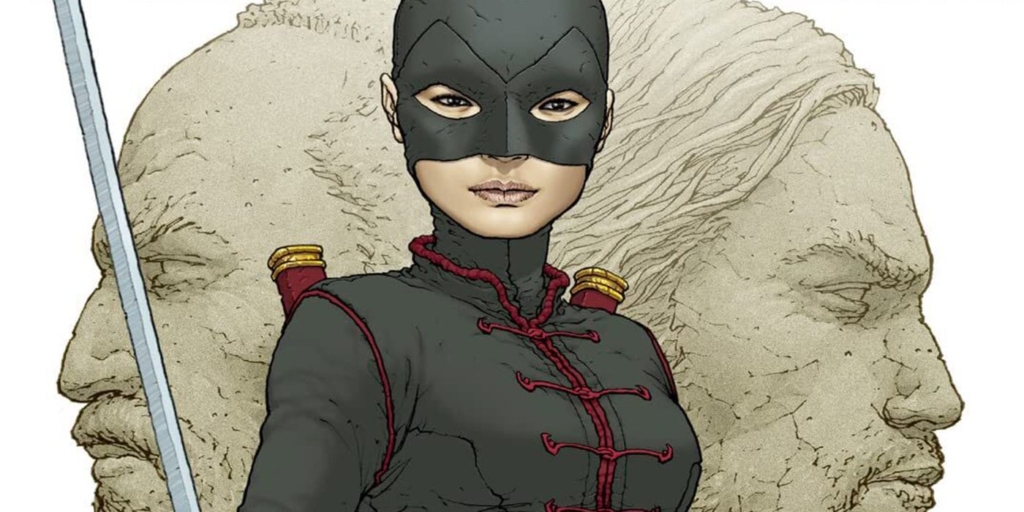