Mantic: The Ratkin are Infesting Vanguard

The Ratkin are the newest addition to Vanguard – get an inside look at what they can do on the table.

Make sure you catch up on the lore behind this clever army of numbers, too.

Let’s start off with the warband abilities for the Ratkin. The key rule here is Endless Swarm because, as the name implies, it recreates the idea of your foe having to fight against a never-ending tide of Ratkin. As part of this rule, you must place three Nest Entrance Tokens during your deployment. 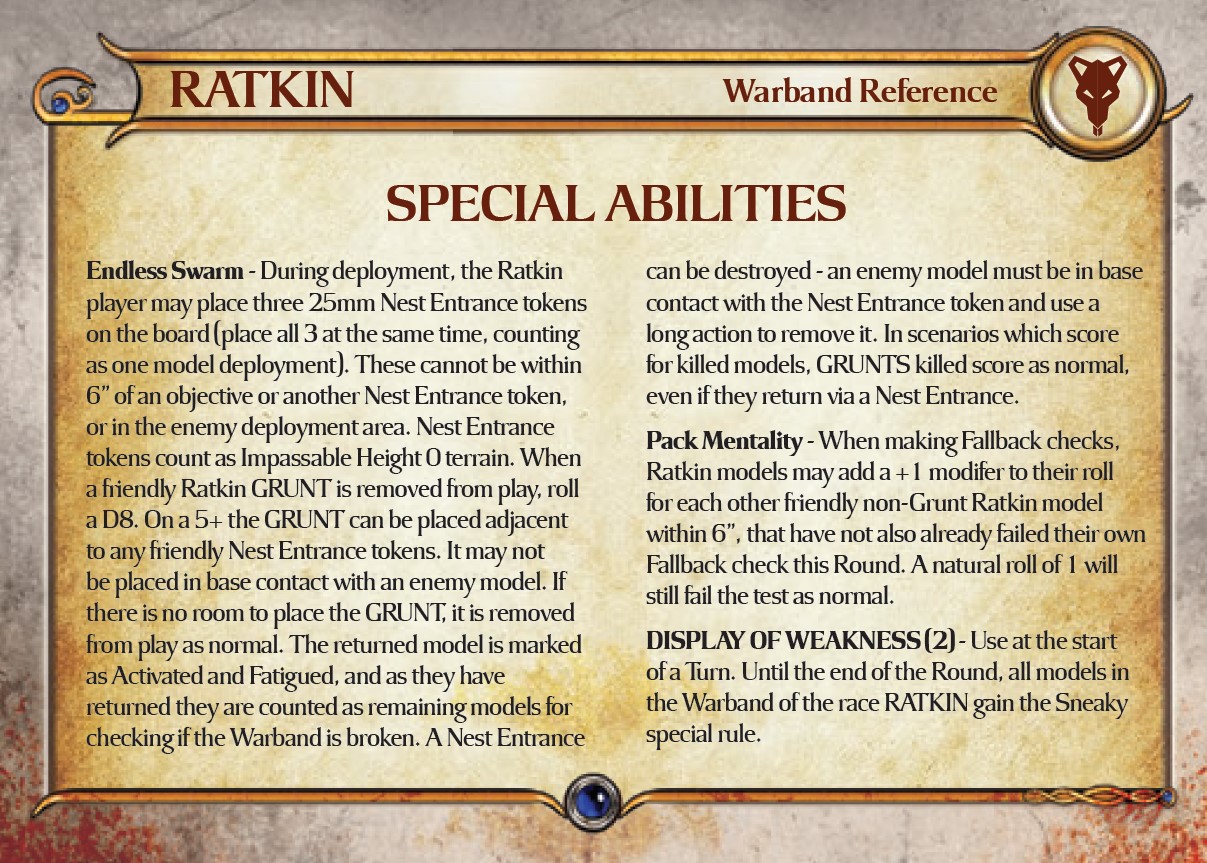 Placement of these is absolutely key because whenever a Grunt (like a wretch or vermintide) is removed from play, there’s a chance another may emerge from a nearby nest ready to join the fight. Yes, the Ratkin Grunts may be extremely easy to kill, but they can come in handy when it comes to overwhelming an opponent or blocking objectives. Unfortunately wretches can’t claim objectives – due to the Worthless special rule – but there’s no such restriction on the vermintide. Fill your furry boots, Ratkin players.

If you’re playing against the Ratkin, it’s worth destroying the nests as quickly as possible to stop the Ratkin coming back onto the map. Of course, that could be part of the Ratkin plan… to lure you closer to some of their big hitters! 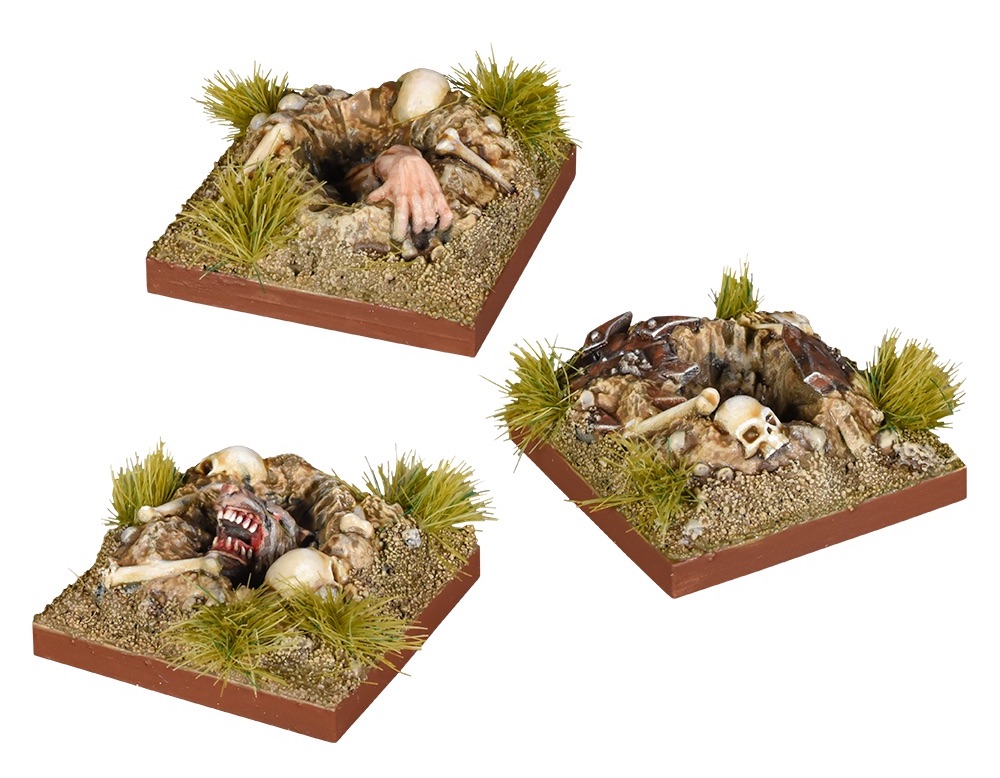 Another thing to consider when playing as Ratkin is that it can be advantageous to keep your warband close together. This is because the War-Chief and Birthing Daughter both have the Inspire Fear ability. This gives friendly Grunts and Warriors the Bloodlust ability.

What’s more, the Swarm-Crier has an ability called Screech Song that causes enemies to suffer a -1 modifier on their Armour rolls. Finally, remember that the Ratkin all have the Pack Mentality, which allows them to add +1 to their roll when making a Fallback check for each friendly non-Grunt Ratkin model with six inches.

On the other hand, if you’re playing against the Ratkin, then you want to concentrate on splitting them up so they start to lose the various buffs for being close together. If you do this, the Ratkin warband can quickly fall apart. 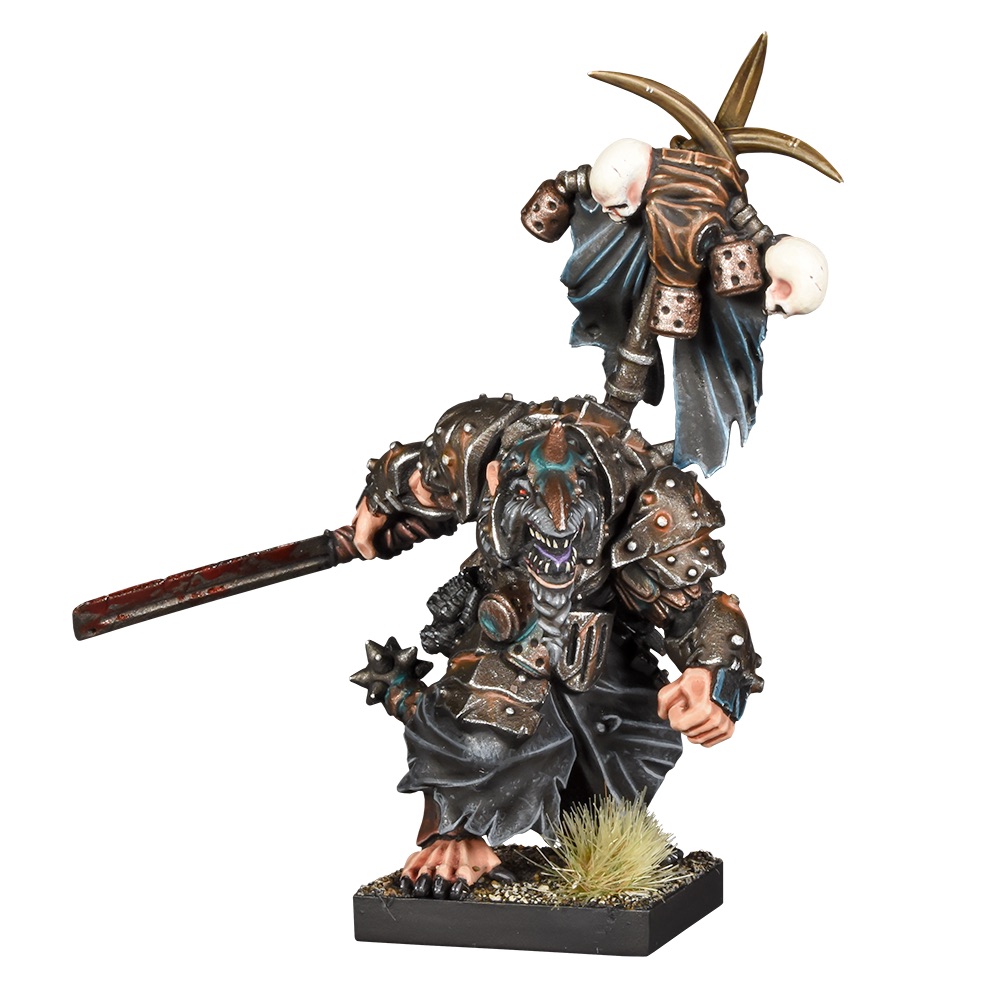 The Ratkin aren’t renowned for their bravery – and some may argue that even a goblin is more courageous (that might just be me) – so they’re surprisingly adept at shooting, just to avoid having to get too close to their foe.

The Nightmare Gunner is a great example of a model that’s actually pretty useful when it comes to ranged attacks. 3D8 with Piercing (1) is nothing to be sniffed at – and you’re coming up a little short, you can add extra distance with Go Long. Every inch counts! 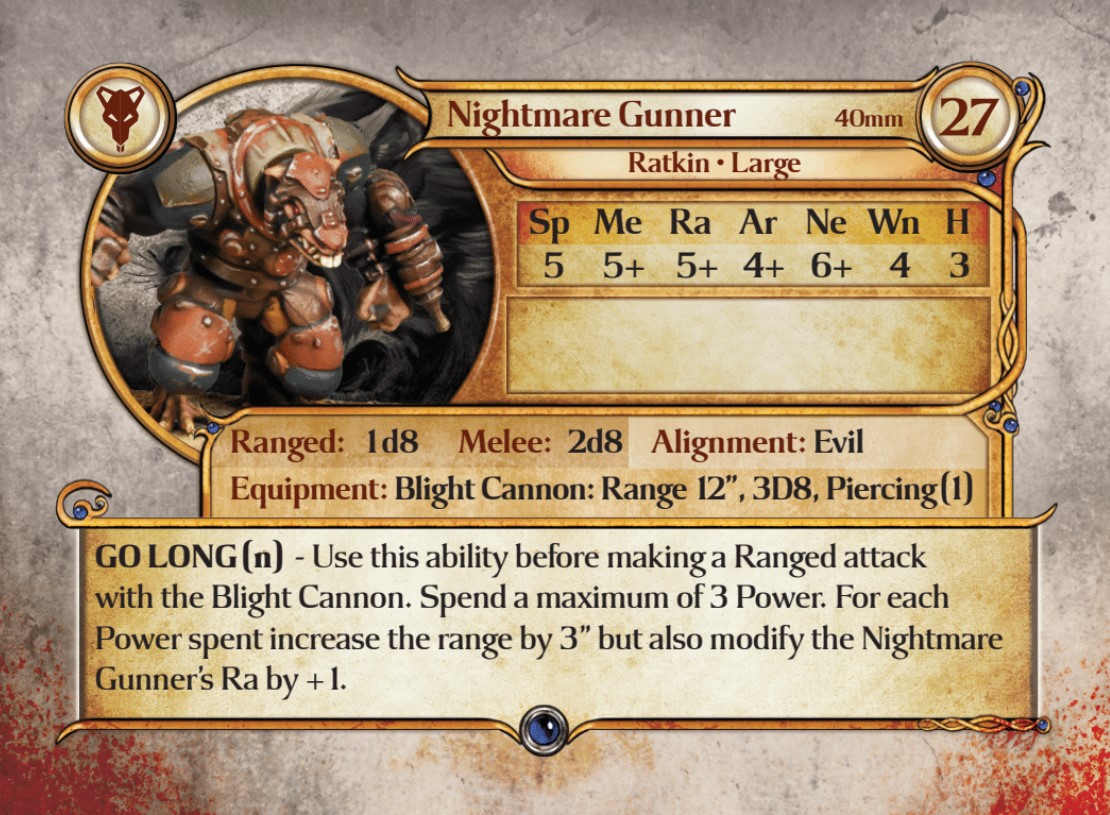 The Ratkin have three quite different Command options – Birthing Daughter, Brute Enforcer and War-Chief – and they all have a big influence on your list building. If you want a straight forward ‘hammer’ build that excels in hitting fast and hard, then the Brute Enforcer is a great option. 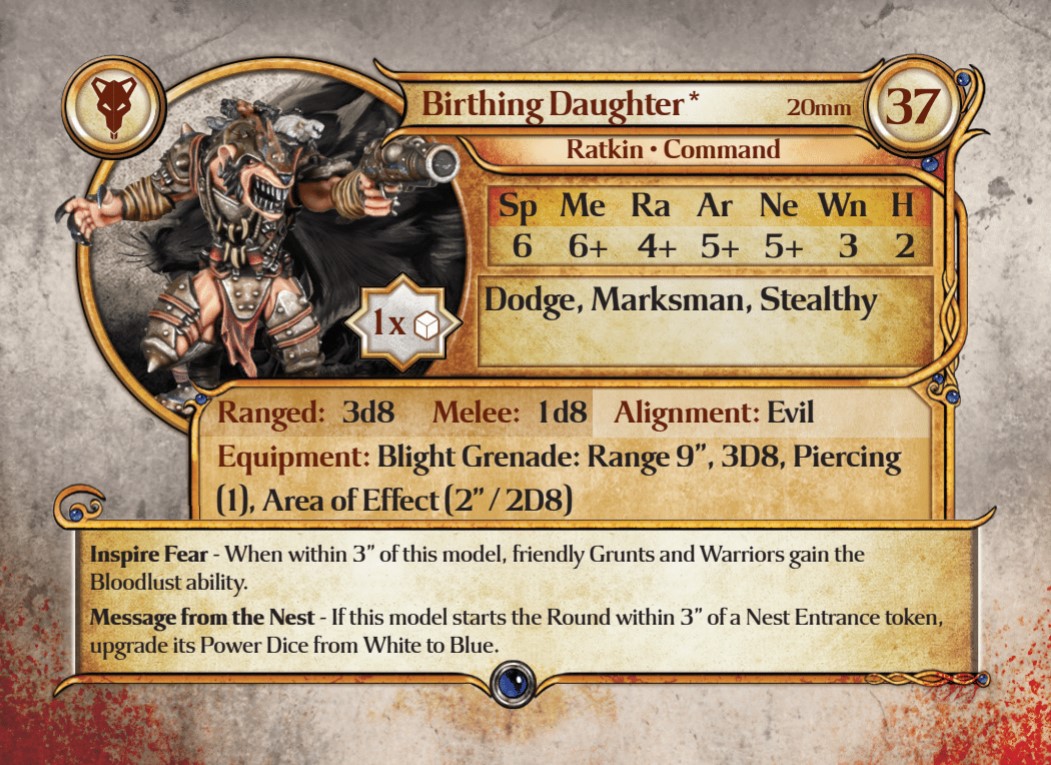 And, if you can’t decide which Command option to go for, why not get two? The Brute Enforcer is the most expensive at 39pts, while the Birthing Daughter and War-Chief cost 37pts and 36pts, respectively.

Find everything you need to build your Ratkin warband here!