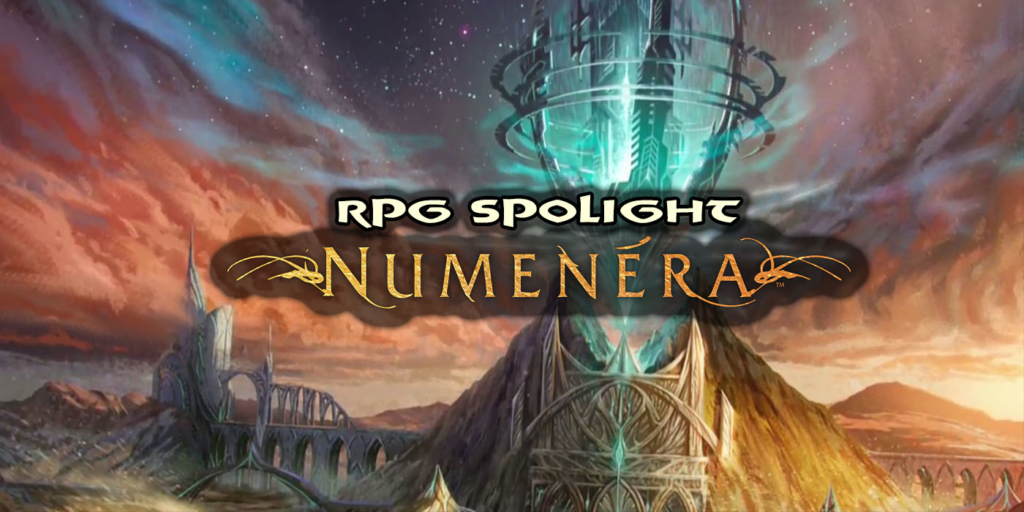 Travel a billion years into the future where technology is basically magic and everyday is a treacherous and beautiful adventure with Numenera.

Picture Earth – the one you know and love – a billion years into the future. Technology has evolved to a point we can hardly imagine, multiple civilizations have risen and fallen and risen again, perhaps one or two alien species have come to visit and mixed some of their genetic material in with ours. Eventually, a new civilization of future humans rises to roughly the equivalent of medieval times, but whispers of past technology that are all around them being mistaken as magic.

And sometimes they’re maybe a little magic too, who knows. That’s the world of Numenera. It’s a creative, interesting, and beautifully illustrated game that mixes sci fi, fantasy, and honestly any other genre you want to add to your particular game. It’s a great big future world and there are infinite stories to tell. 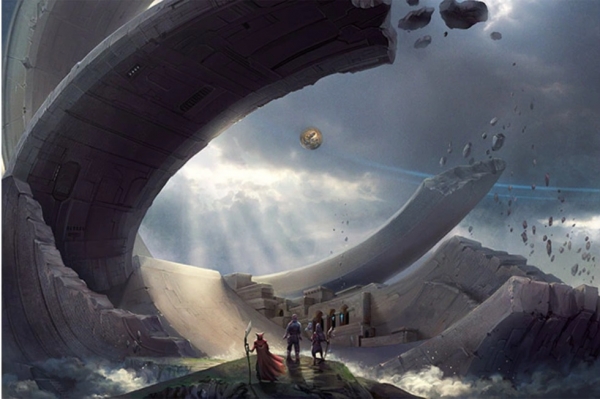 Seriously, the art is next level gorgeous.

While the world is almost overwhelmingly large and endlessly complex, gameplay itself is surprisingly simple. Based loosely on a d20 system, rolling and hoping for the highest possible number is a central mechanic of this game, but with a new interesting twists. Each task has a difficulty level assigned to it with a number to beat for success; so a level 4 difficulty task requires a roll of a 12 or higher while a level 5 task requires you to get a 15 or higher. Players can make these rolls easier though, not by raising the value of their rolls but by chipping away at the difficulty level. Any skills your character has or equipment they’ve picked up may lower the difficulty by a level or two, creating a task that’s suddenly much more attainable than a moment ago.

Pretty standard and intuitive so far, right? Well, Numenera has one mechanic that’s, as far as I can tell, unique to this game and incredibly clever. When the GM has an interesting idea they can offer a player two experience points – one for said player and one for another party member of their choice – in exchange for the opportunity to take over the scene for a moment. One one hand, these experience points are what allow your characters to grow as adventurers. On the other, everyone who has ever played a tabletop RPG knows how dangerous it can be when the GM lets you know that they have a idea. Players can turn down the GM’s offer, but the siren song of bonus XP and a stronger character tomorrow can be tempting. 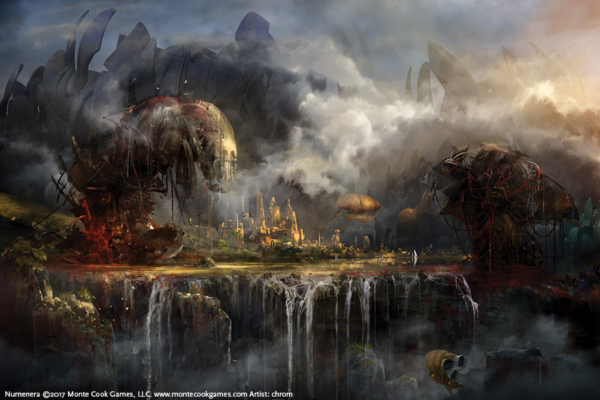 Numenera is a game that doesn’t look like it will be flexible, but then it is. It’s a game that looks like it will be complex and stressful, but then it isn’t. Instead, Numenera is a game that reminds me of what if Adventure Time was written for a slightly older target audience. With a world that’s huge and strange and unsettling but still very familiar at its core, it’s a world that’s surprisingly easy to immerse yourself in. And even if it isn’t going to be your next favorite tabletop game, at least do yourself a favor and check out the art.

If you’d like to check out Numenera for yourself, you can find everything you may need on the official website. 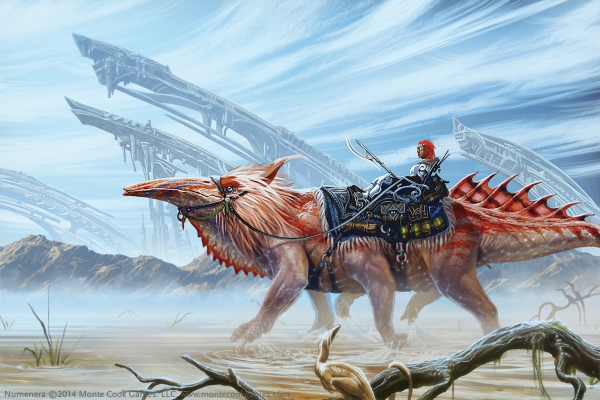 Have you played Numenera? What did you think of the world? What about the gameplay? What kind of character did you make? Let us know in the comments! 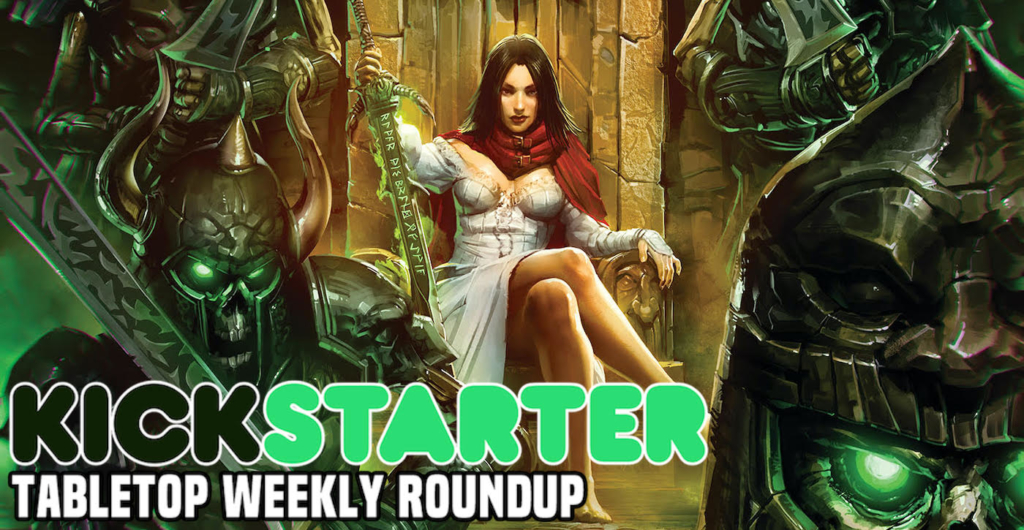