Moff Gideon’s deadly droid soldiers proved to be a force to be reckoned with. Now you can own your own platoon of Dark Troopers.

“You’re about to face off with the Dark Troopers. You had your hands full with one. Let’s see how you do against a platoon.” – Moff Gideon

The battle droids were relegated to the Legends Expanded Universe until the show brought them back into canon. Their sleek and imposing look is inspired by the third generation models in the Dark Forces comics from Dark Horse. Hot Toys take on them is just as aggressive as they are on screen. This nearly 13″ tall fig is a glossy black and features red LED helmet and chest lights and is fully possible.

Be aware: there are The Mandalorian Season 2 Finale spoilers in these promo shots. 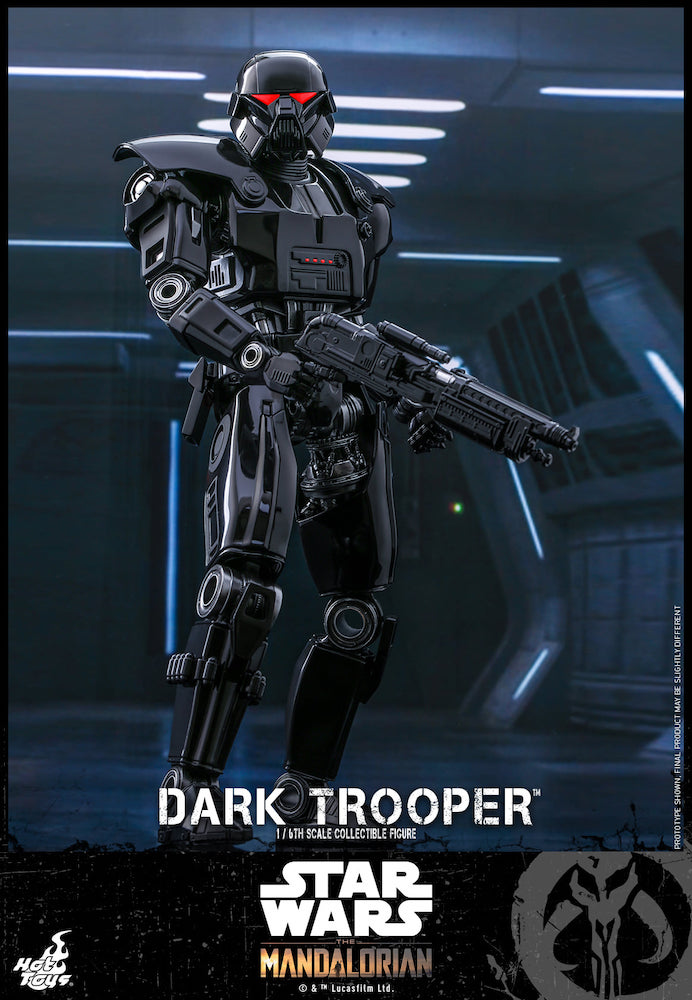 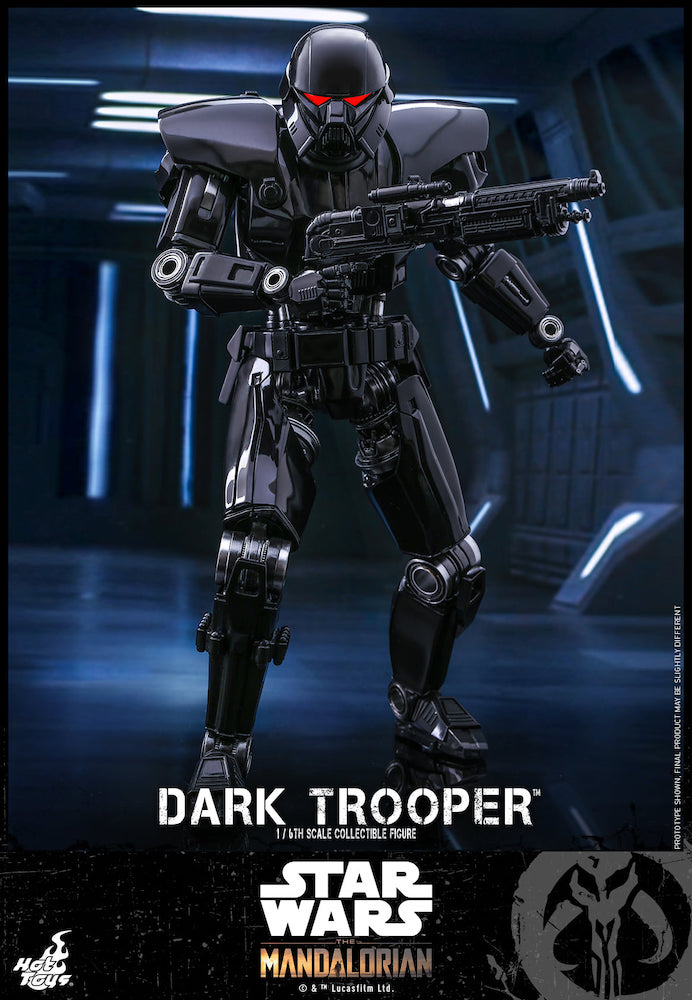 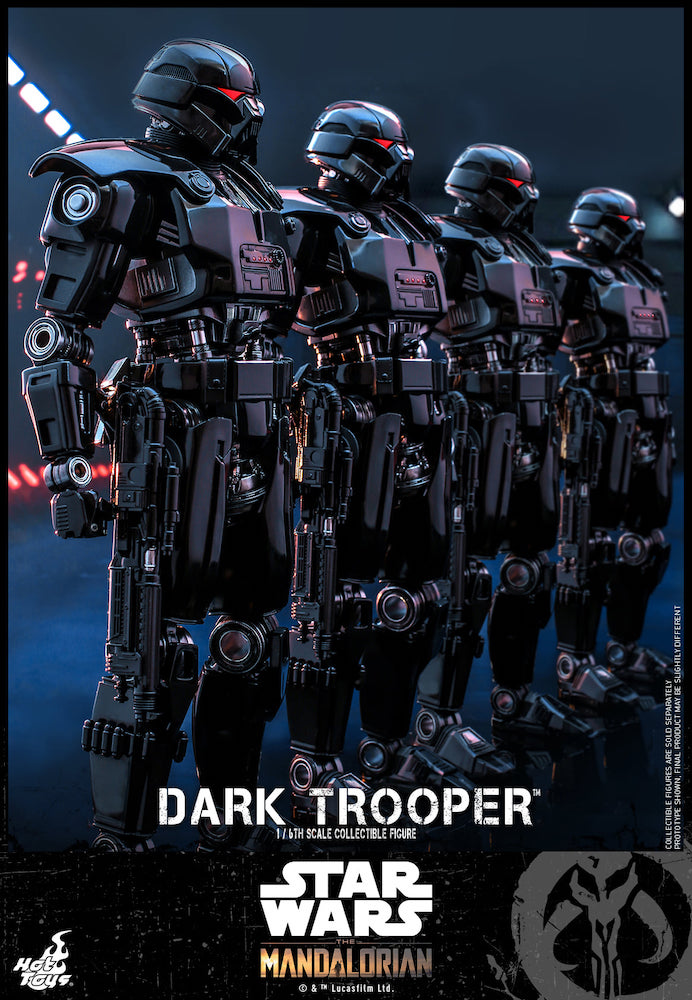 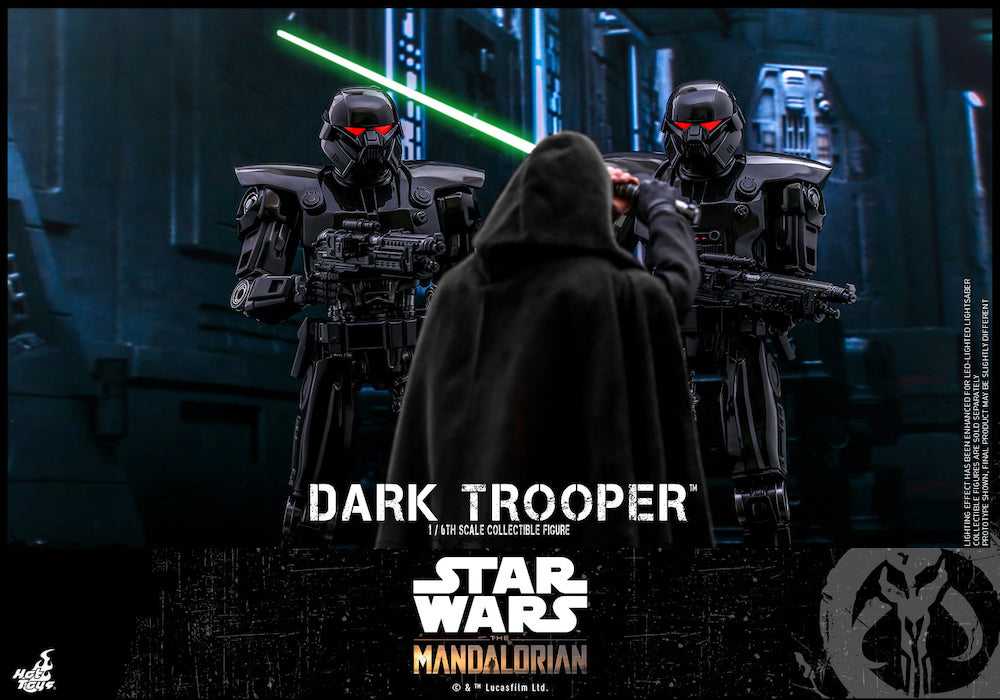 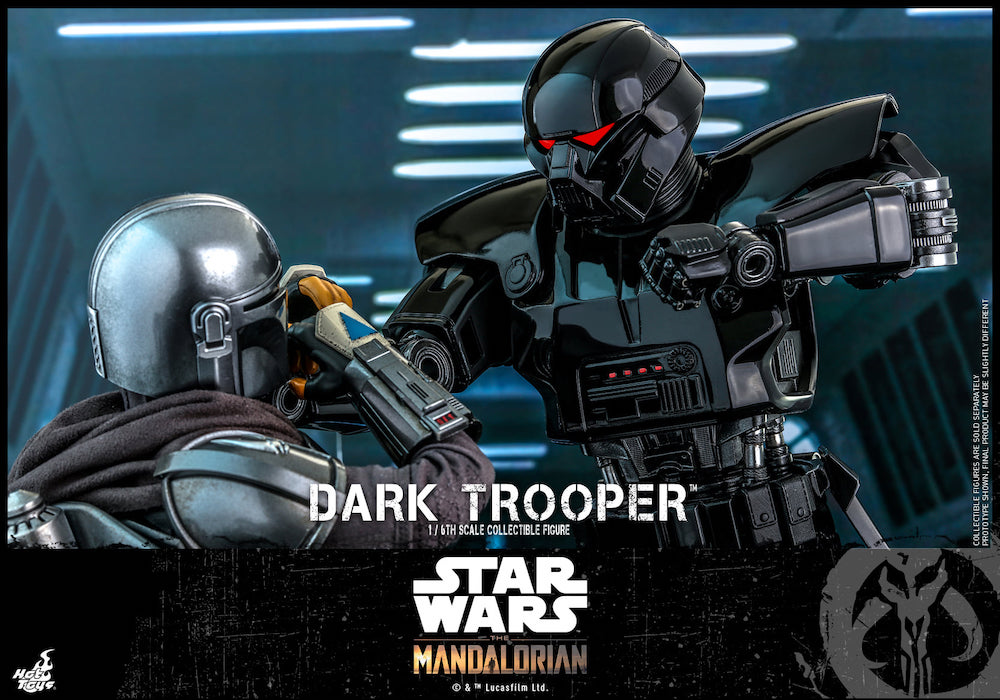 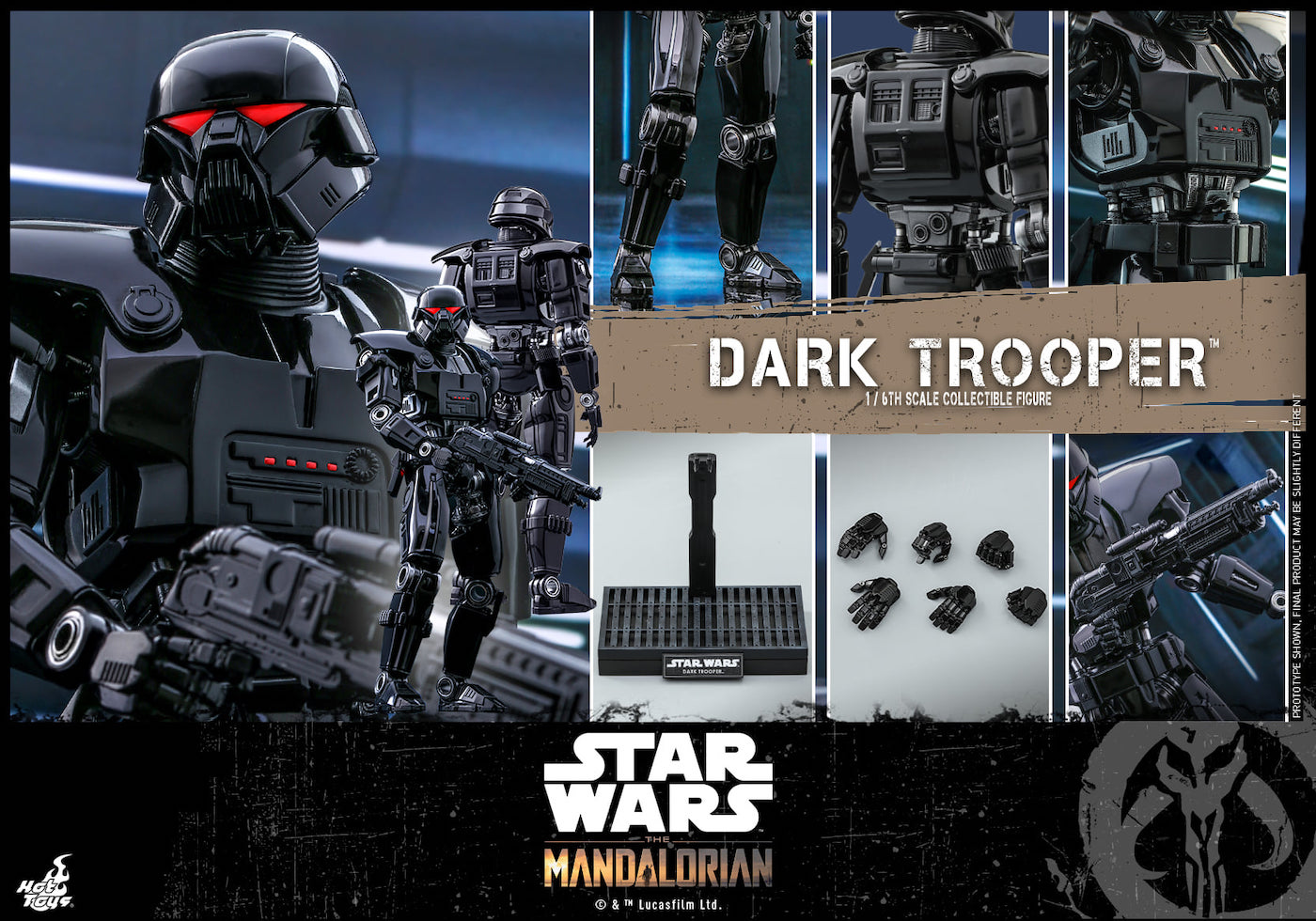