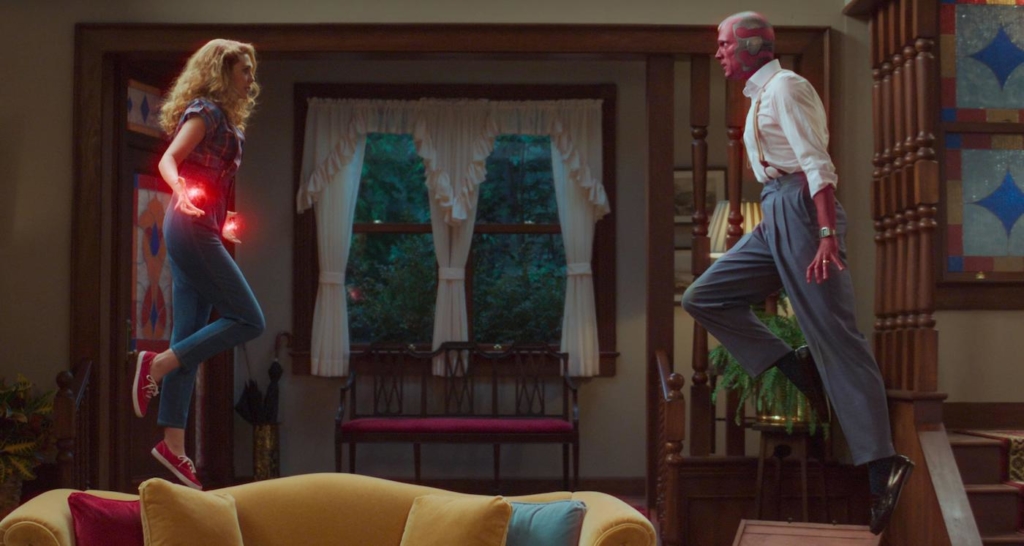 Along with paying tribute to ’80s family sitcoms and doing some more unraveling, the episode is packed with clues and easter eggs and a very special guest.

We enter the 1980s, complete with brocade vests, big hair, suspenders, and Jazzercise. Family Ties, Growing Pains, and Full House are the big inspirations this week. On the outside, S.W.O.R.D. tries to figure out who exactly is creating the illusion and tries to gather more intel. There’s a lot in this episode… and that doesn’t include the surprise guest star.

There are a bunch of spoilers under this GIF.

This episode starts off fast. Crying twin babies, Agnes asking if Wanda wants another try at a scene, Vision being very confused, and suddenly the twins are 4-year-olds. And that’s just before this week’s retro intro.

We jump right into a S.W.O.R.D. intel meeting that goes into Wanda’s background. During this meeting, director Hayword is convinced that this is all Wanda and that she’s a threat – showing video of her stealing Vision’s corpse. The dead Vision we saw at the end of episode isn’t a halluciation, it’s what Vision actually looks like. In this portion the illusion gets a more formal name thanks to Darcy – “the hex.” Possible double meaning for its shape and for Wanda’s comic book abilities – “hex bolts” and “hex spheres.” 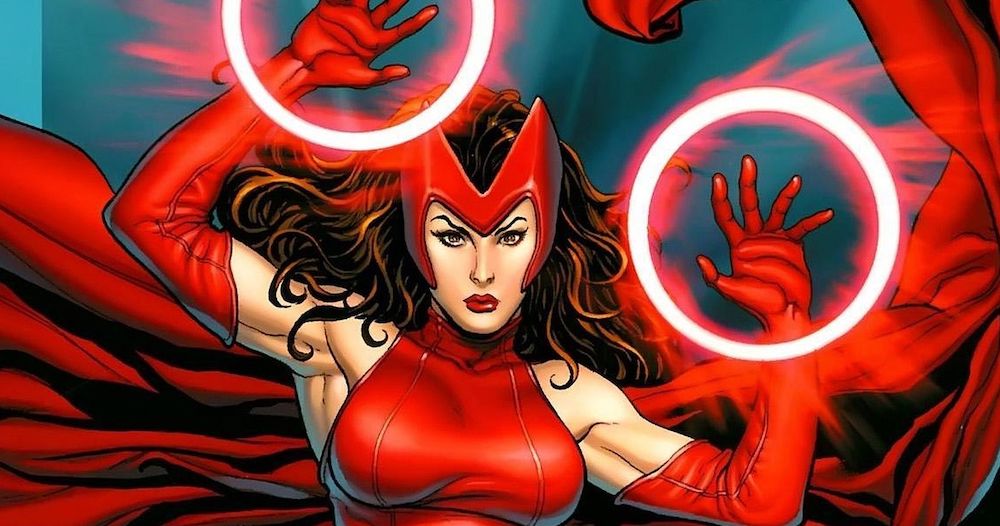 Back into the hex. The twins find a stray dog (someone is trying to keep the sitcom story going) and try to convince their parents that they should be allowed to keep it. They age up when told they aren’t old enough to take care of it. Agnes is in the room and is not freaked out by this at all. More evidence that she’s not a Westview resident. I’m still convinced she’s Agatha Harkness and I don’t think she’s the baddie.

Vision learns a little bit of the truth of what’s going on with his co-workers and neighbors when he taps into Norm’s (Abhilash Tandon outside of the hex) mind and discovers that he is being controlled. The hex’s hold on Vision is seriously shaken, his confusion grows and he starts to question everything. 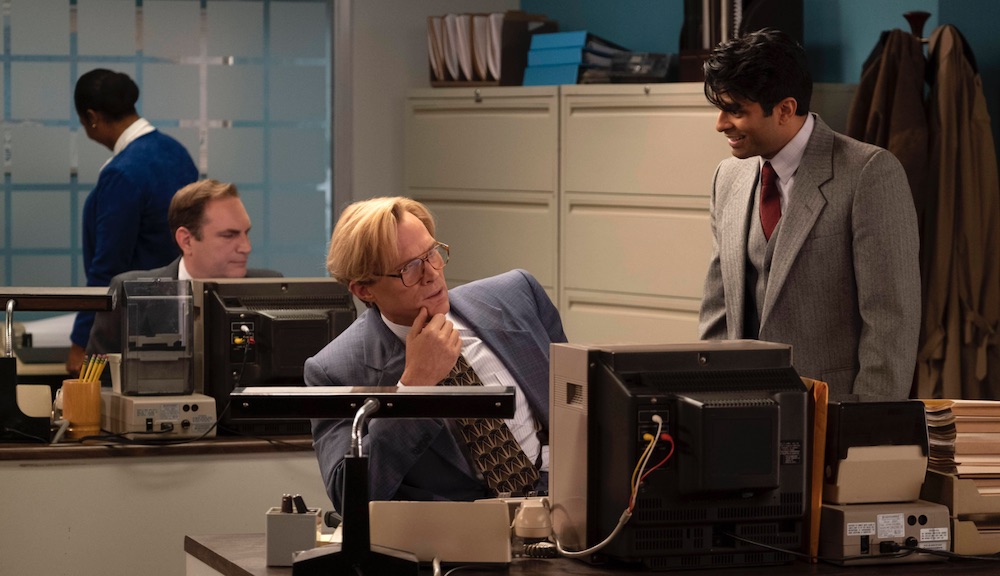 What happens next brings the outside world and the hex into direct contact. Monica Rambeau figures out a way into the hex – using old tech. Threatened by this new attempt at contact, Wanda leaves the hex and confronts the agents face to face. This is the first time Wanda has had an accent since Age of Ultron. I don’t think that’s a mistake. She also makes a hug flex to convince them to leave her alone. 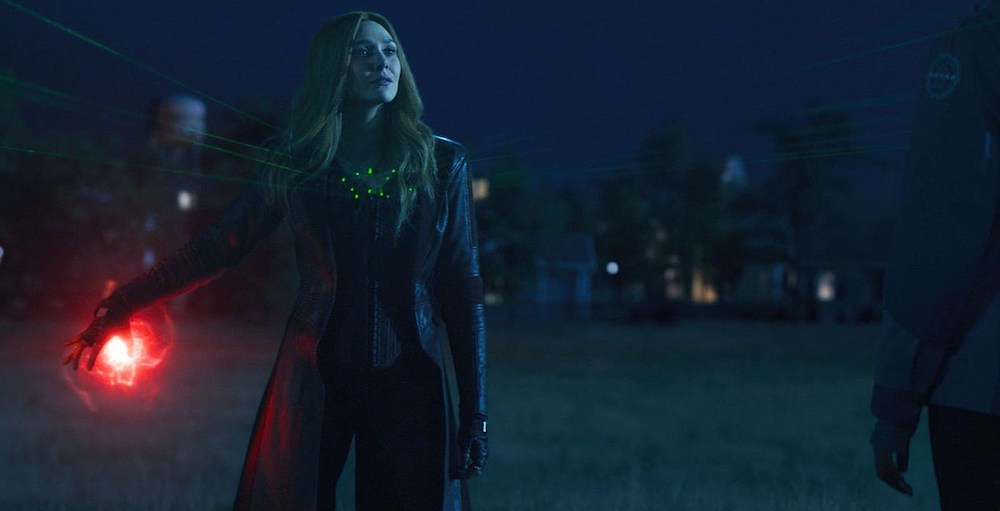 Now it’s time for an ad break that references the opening scene of Civil War – the memories being referenced are getting newer as the shows move decades. “Lagos Papertowels – for when you make a mess you didn’t mean to.”

Tragedy strikes after the ad (again, someone is trying to stick with the sitcom that’s falling apart), Sparky has eaten something he shouldn’t have and dies. The twins are upset and ask their mother to bring him back to life because they know it’s something she can do. Not sure how they know this (though, one of them is psychic in the comics), and Agnes seems to be curious to see this ability. The boys learn a lesson about grief and they go home (again, sitcom).

Home, where everything goes off the rails. Vision confronts Wanda about everything – what’s going on with Norm, why Westview has no other kids, why he can’t’ remember anything before arriving. The two argue, Wanda starts the credits of the sitcom to try to get away from it. Wanda tries to convince him that he doesn’t want to know what’s going on. During the fight, Wanda admits that she doesn’t know how any of it started in the first place. There has to be something more here than just her grieving and trying to create a perfect life. 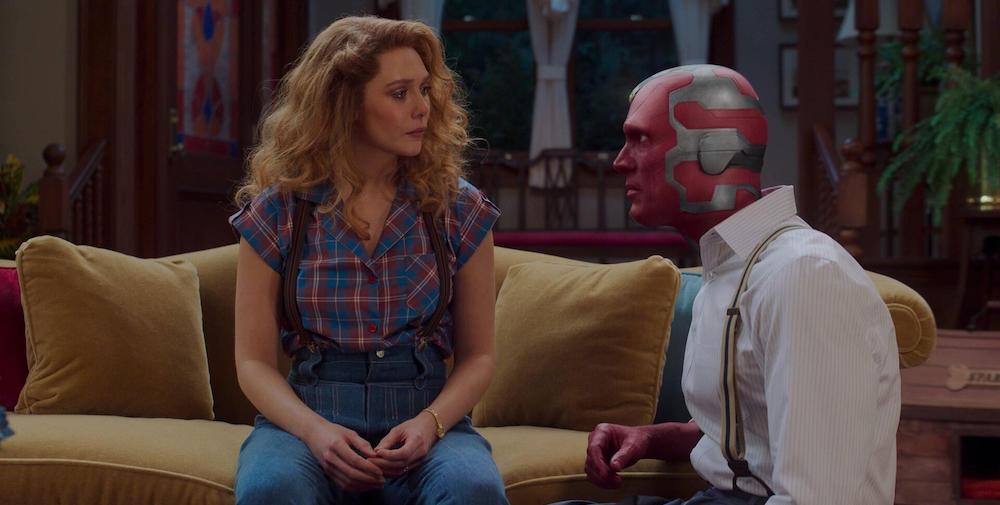 Then the doorbell rings. A guest arrives. It’s Quicksilver but played by Evan Peters from the Fox X-Men movies. Is it really him? Is this someone flipping the script to keep Wanda in check? Does this mean the X-Men are joining the MCU? Are the show creators just messing with us?

Some other observations and questions:

The show got a slow start, but the timeline has sped up considerably since the first episode. This one was packed with information – I’m sure I missed a bunch. There are 4 episodes left in the limited series and the finale is supposed to be as epic as a big-screen Marvel movie. I’m glad I can’t binge it, but I’m mad I can’t binge it.

GW Rumor Engine: Off With Their Heads