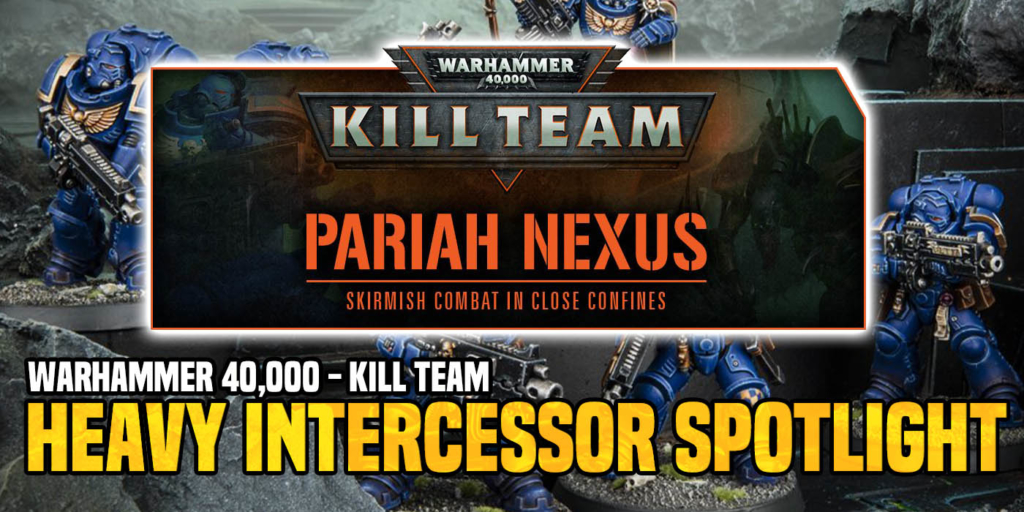 Get ready for some of the toughest troops in the Astartes Roster – Heavy Intercessors are no joke on the tabletop!

Games Workshop is shining a spotlight on the new(ish) Heavy Intercessors that are arriving with Kill Team: Pariah Nexus. This is sure to be one unit that is going to bolster your firebase with their big guns, extra wound and toughness! Let’s take a closer look at them in game. 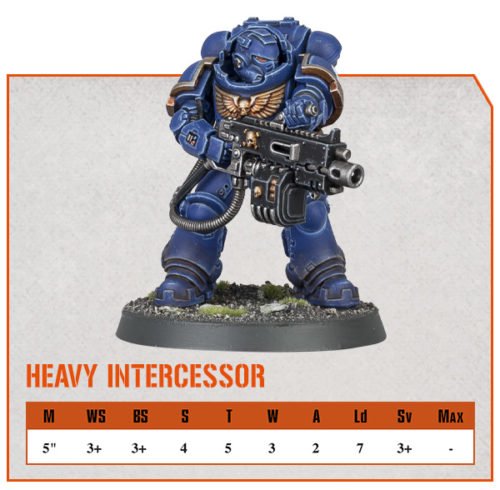 These Heavy Intercessors are beefy. Those three wounds are backed-up by a 5 Toughness and a 3+ save – not to bad for a unit that isn’t *that* much more expensive compared to their regular Intercessor counter-parts. In Kill Team, we’re only looking at a 2 point difference…and a point of movement. Seems worth the trade to me!

On top of the stat bump, their weapons are also improved as well. They start at Strength 5 and go up from there with different options allowing you to have more shots or more damage. And in Kill Team, don’t forget you can mix-and-match them because you buy each warrior individually! 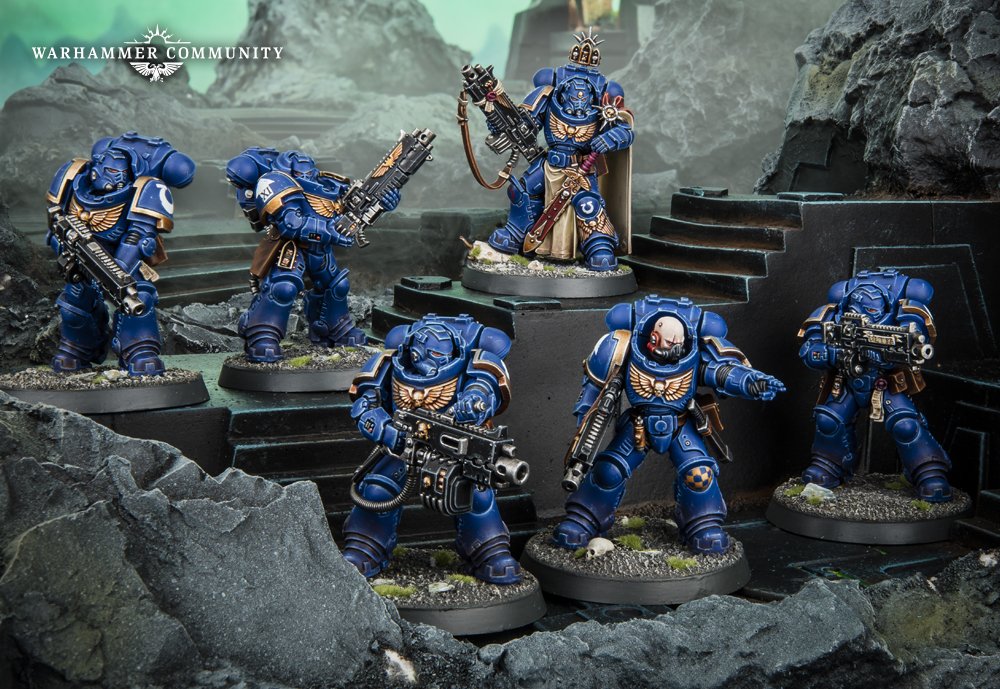 And speaking of firepower, don’t forget about the new heavy bolters they have access to as well. Not only did the humble heavy bolter get an upgrade in 9th, it’s now got two other options to play with. There is the hellstrom heavy bolter that has 4 shots a go or the executor heavy bolter that trades a shot for D3 per hit!

Let’s not discount the fact that if you want to run an all Primaris Kill Team, Heavy Intercessors are also the only ones who can take the Heavy specialism as well – and you’re clearly going to want that for what they bring to the table. 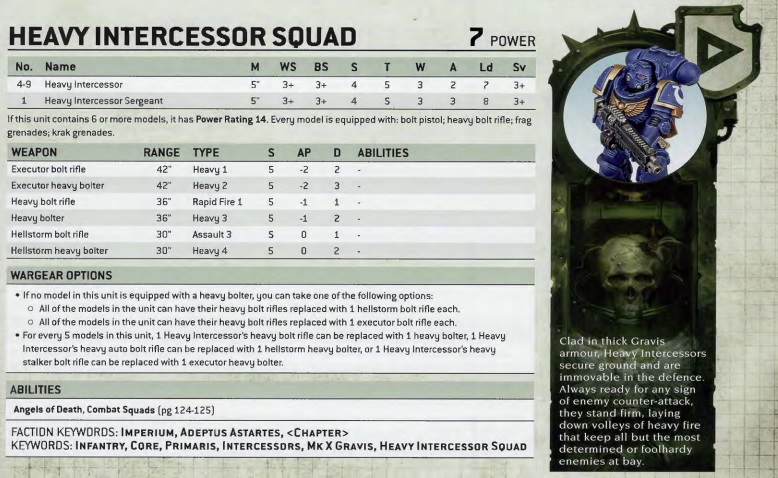 Because Kill Team is a more magnified and skirmish level version of 40k we figured we’d take a moment to look at their datasheet in 40k, too. As you can see, everything they get in Kill Team is extrapolated out here. While they aren’t quite as customizable as in Kill Team (they have different requirements for how you can equip the squad) they still pack quite a punch. You can see from the ranges they are going to be able to really anchor your gunlines with a wall of strength 5 shooting. They are going to be more expensive than an Intercessor Squad in points, but their extra toughness, wound and stronger firepower should help overcome that gap.

What do you think of these Heavy Intercessors for Kill Team? Do they stand a chance against the Necrons or will their firepower reign supreme? 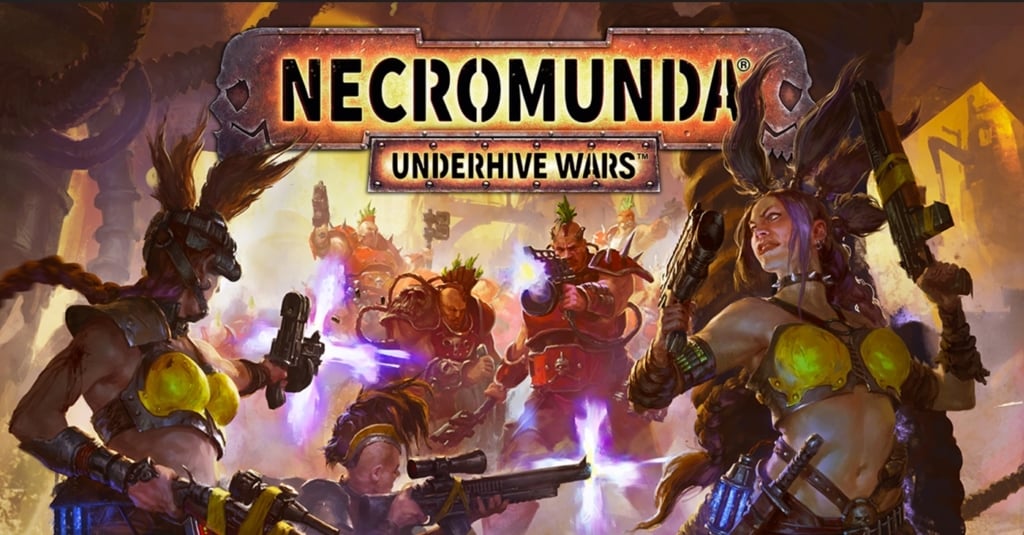