D&D Monster Spotlight: Banshee Are A Wail Of A Time 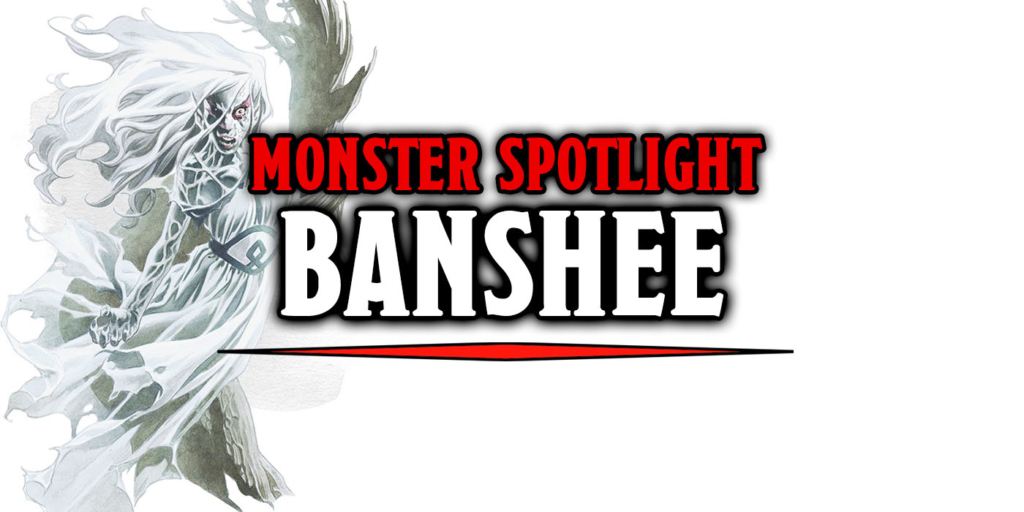 If your adventuring party hears a distant cry in an otherwise quiet countryside, keep walking and be gone by dark unless you want to see a Banshee up close.

Banshees have appeared in ghost stories for hundreds of years. Originating from Irish lore, they’re the ghosts of women who always seem to be mourning or wailing, though they have also been known as terrifying screaming ghosts and even as Dungeons and Dragons monsters.

Banshees are specifically the groaning spirits of evil female elves, and this makes them exceedingly rare monsters. They’re only found in desolate places like countrysides, but their goal is to harm the still living with their chill touch or wail, which can cause immediate death to a victim who is unlucky enough to be very close by when they hear it. Banshees are impervious to cold or electric attacks and unaffected by charm, sleep and hold spells, but they can be killed via exorcism. So make sure you have your desolate countryside exorcism kit handy.

Second edition lets us know that Banshees are terrifying to behold. They appear as ghosts of their former selves in tattered rags and wild hair with a face twisted in pain and hateful burning eyes. They’re so scary that adventurers who happen to see Banshees must roll a successful saving throw or flee in fear, dropping whatever was in their hands as they go. The Banshee’s cry can still cause those who hear it to die, but luckily the Banshee can only make this attack once per day…. and then at will at night. Unfortunately, Banshees can also sense the living up to five miles away and will attack any who remain in the Banshee’s territory after dark. 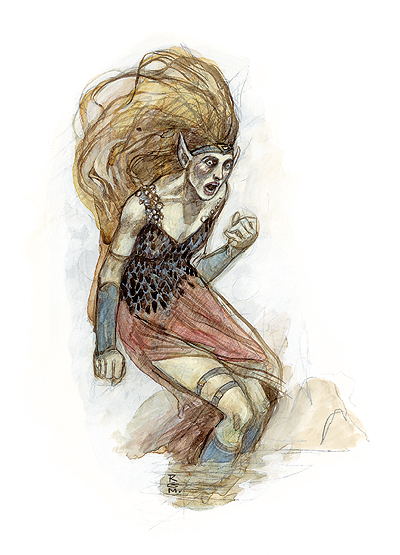 Third Edition sees some minor changes to the Banshee, now describing them as “a strong-willed, selfish individual of a humanoid race,” as opposed to strictly formerly living evil elvish women. They start out looking as they did in life, but over time the Banshee’s image becomes more and more blurred and difficult to recognize as humanoid. The presence of one can stunt plant growth, so many cultures see sudden blights on the land as omens of death and reasons to be wary. From a technical standpoint, the biggest difference is the 3E Banshee’s Charisma Drain power, which can permanently take 1d4 point of Charisma from a victim. 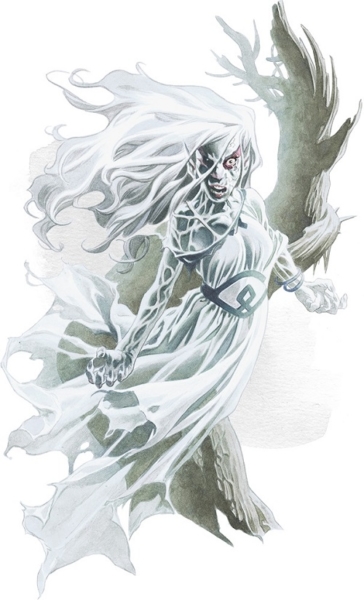 5E Banshees are a little simplified and a little brought back to their D&D roots. They’re specified as elves again and can’t drain Charisma anymore, but they have classic ghost powers like the ability to move through creatures and objects and do necrotic damage with a touch. Their curse leaves them incapable of leaving the five-mile radius area of where they died and forces them to relive their lives, but their vanity and new ghostly aesthetic leaves them hating mirrored surfaces of any kind, it’s own appearance sending it into a rage.

Have you encountered Banshees in any D&D sessions? Did anyone in your party fall victim to it’s wail? Do you have any real-life ghost Banshee ghost stories? Let us know in the comments! 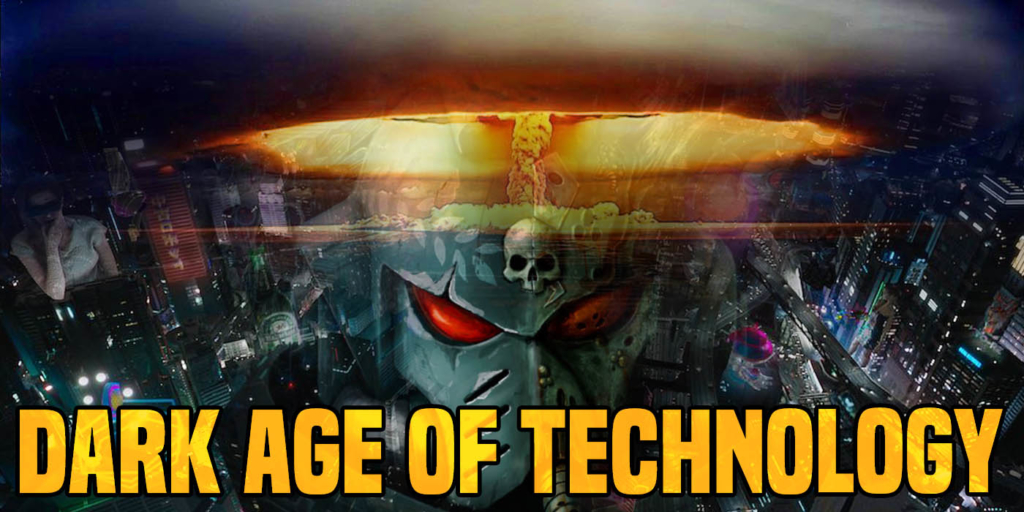