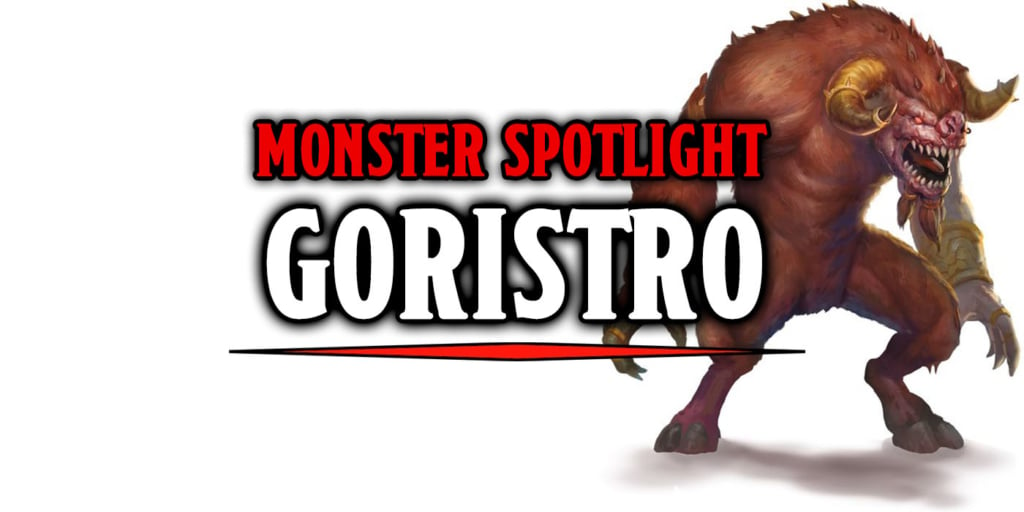 Looking like if you made a minotaur even less inviting, the Goristro is what happens when a demon decides to raise a pet who’s only good at smashing.

Goristroi are described as large, stupid monsters that look like bears with broader shoulders, faces that share human and bison features, and humanoid but humungous hands and feet. They sound a little like a minotaur, but somehow even more frightening and grotesque. They are exceptionally stupid and can only carry out the orders of others, but they are also chaotic evil demons, so those orders will definitely be terrible. And with a great deal of strength and impervious to any non-magic damage, a Goristro may just fulfill those terrible demonic orders.

As described in First Edition, the Goristori are a little minotaur-esque… but worse. These huge tanar’ri mainly take orders from Abyssal lords and powers, their most common attacks include a club like smashing move with their arms and a stamping attack with their legs. Goristori are now also able to use a few simple spell-like powers including detect invisibility, detect magic, feat, levitation, and spider climb, which makes them appear exceptional at claiming even sheer rock faces and walls. Unlike 1E however, you can successfully hit a Goristro with a physical weapon now, it will just be a difficult task.

There aren’t a lot of changes to the Goristroi between Second and Third Editions, but there are a few updates and clarifications. They are kept as pets and “siege engines” by powerful demon lords are so stupid that they basically only (consciously) know how to smash. But they’re really really good at smashing. On an unconscious level, they can cast fear as if they were a tenth-level sorcerer. Additionally, though most battle tactics are beyond a Goristro’s mental capabilities, they are trained to throw rocks weighing up to eighty pounds at enemies with a missile’s range of 140 feet. 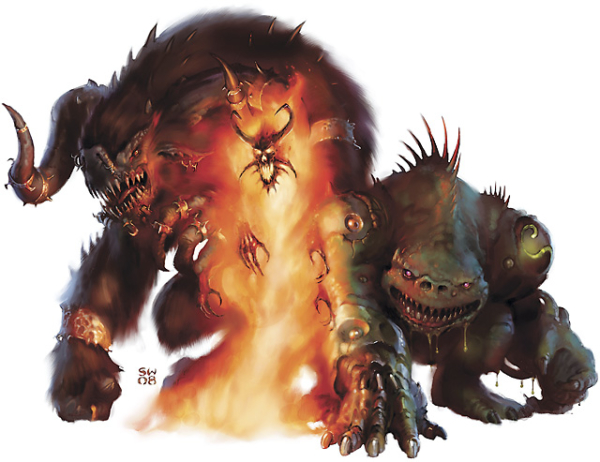 Goristros (known in previous editions in the plural as Goristroi) are the favored pets of Baphomet, who is the Horned Lord and the lord of minotaurs. We finally get a reference to their physical similarities to minotaurs. Though they are rare in the natural world, in the Abyss and Elemental Chaos Goristros are very common. In an encounter, you are likely to find a Goristro with a minotaur or two as well as a few Abyssal Ghouls, but it’s likely that the Goristro wouldn’t notice their companions as their battle strategy seems to be run towards enemy, slam closest enemy with fists, repeat until done. 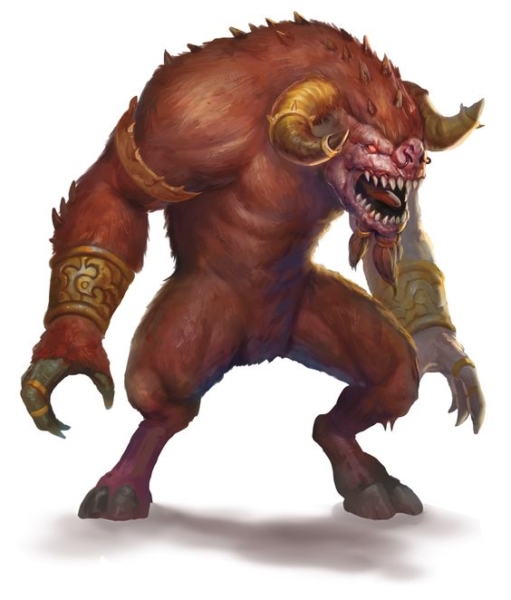 Fifth Edition talks bout the Goristro similarity to minotaurs a bit more, now referencing a never before possessed preternatural cunning for navigating labyrinths or shifting corridors and pursuing foes in the hunt. Sometimes they carry a palanquin with a smaller demon on their back, now being treated not only as a pet and a siege engine, but sometimes as a demonic steed. They also have magic resistance now, a total departure from their first edition selves who could only be damaged with magic.

Have you encountered a Goristro? were they accompanied by any other demons, or did you find them on their own? How did your party counter their cunning battle tactics? Let us know in the comments! 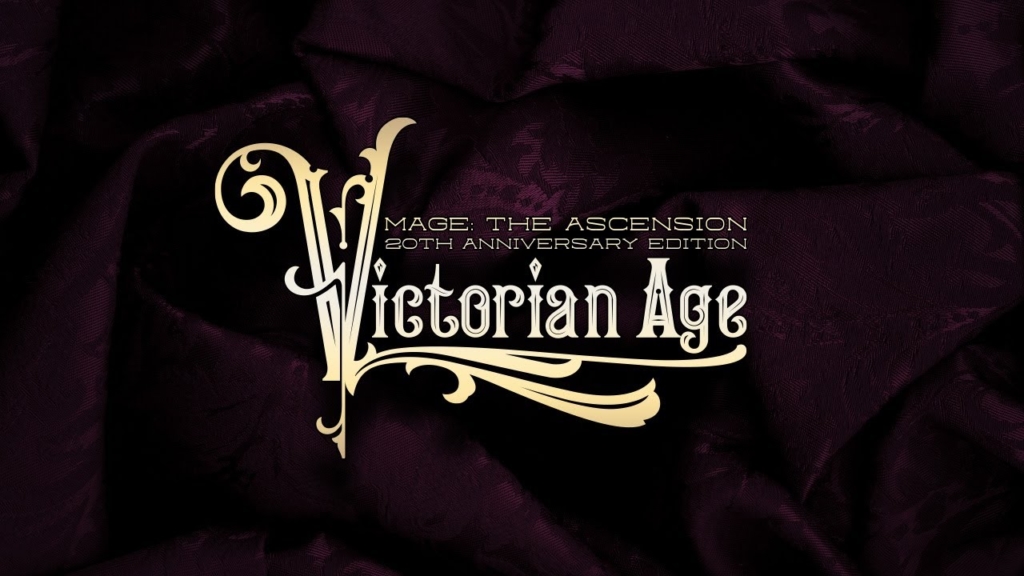