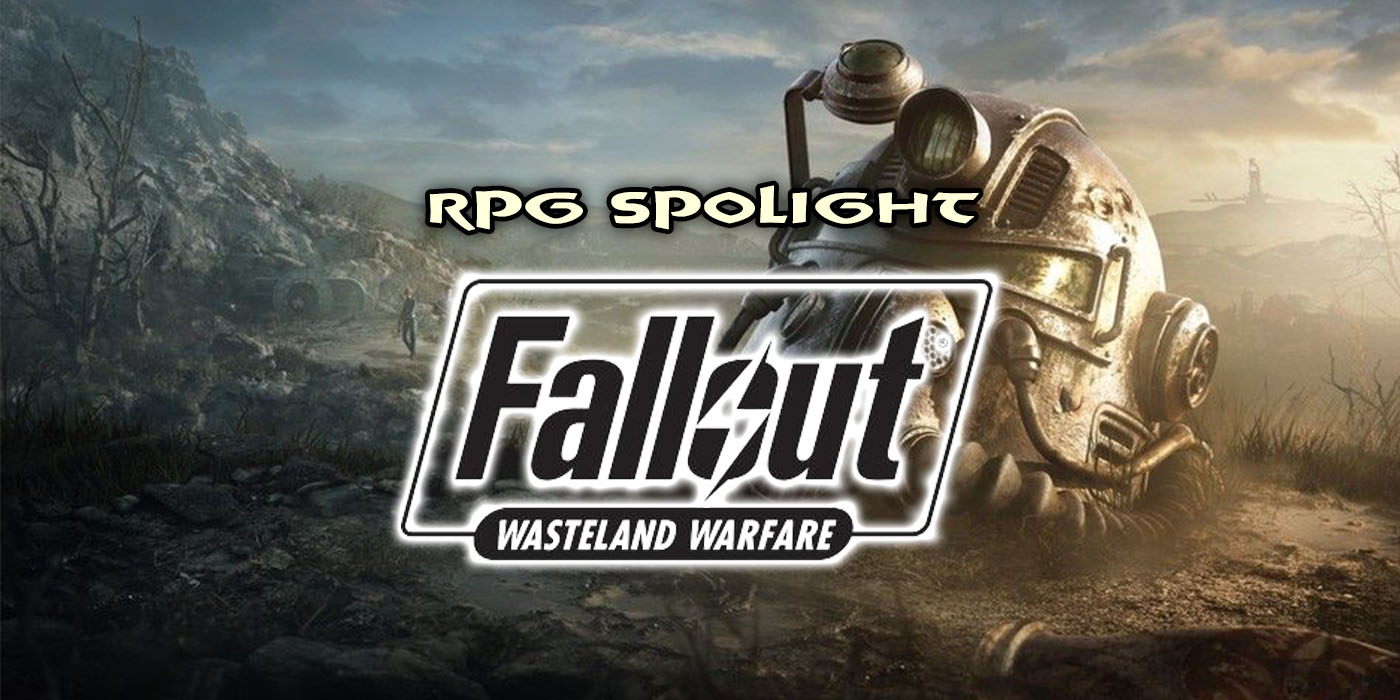 Grab your Pip Boy and as many Nuka Cola caps as you can carry, this week we’re jumping into the world of Fallout with the Wasteland Warfare RPG.

In 2018 Modiphius Entertainment and Bethesda joined forces to create the Fallout Wasteland Warfare miniatures game. Mixing that specific flavor of old-timey futuristic post-apocalyptic hellscape with a physical miniature tabletop game worked well, bringing the fan one more way to traverse the world of Fallout between game releases or while they waited for bugs in their current game to get worked out, Wasteland Warfare was popular enough that fans asked about a more story-driven roleplaying game to accompany the miniatures game and Modiphius was more than happy to acquiesce a year later in 2019 with tabletop roleplaying expansion to Fallout: Wasteland Warfare. 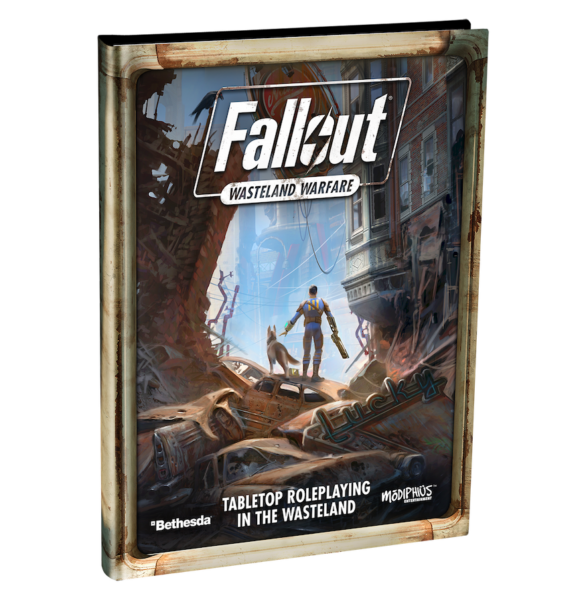 The roleplaying game utilizes something similar to the 2d20 system as other popular games put out by Modiphus such as Star Trek Adventures and Conan where the goal is to roll below the number determined by your stats, but Fallout manages to make it a little crunchier than that. Proprietary color-coded dice match up with specific skills for a feel that’s more specifically Fallout and not entirely necessary if you have a couple of different colored d20 at home already.

And let’s be honest, you do. It’s hard to blame a company for putting out special dice for their special games, no matter how superfluous. Fans will dish out a little more for the complete experience, and if I’m being honest I have way too many Fantasy Flight Star Wars dice. 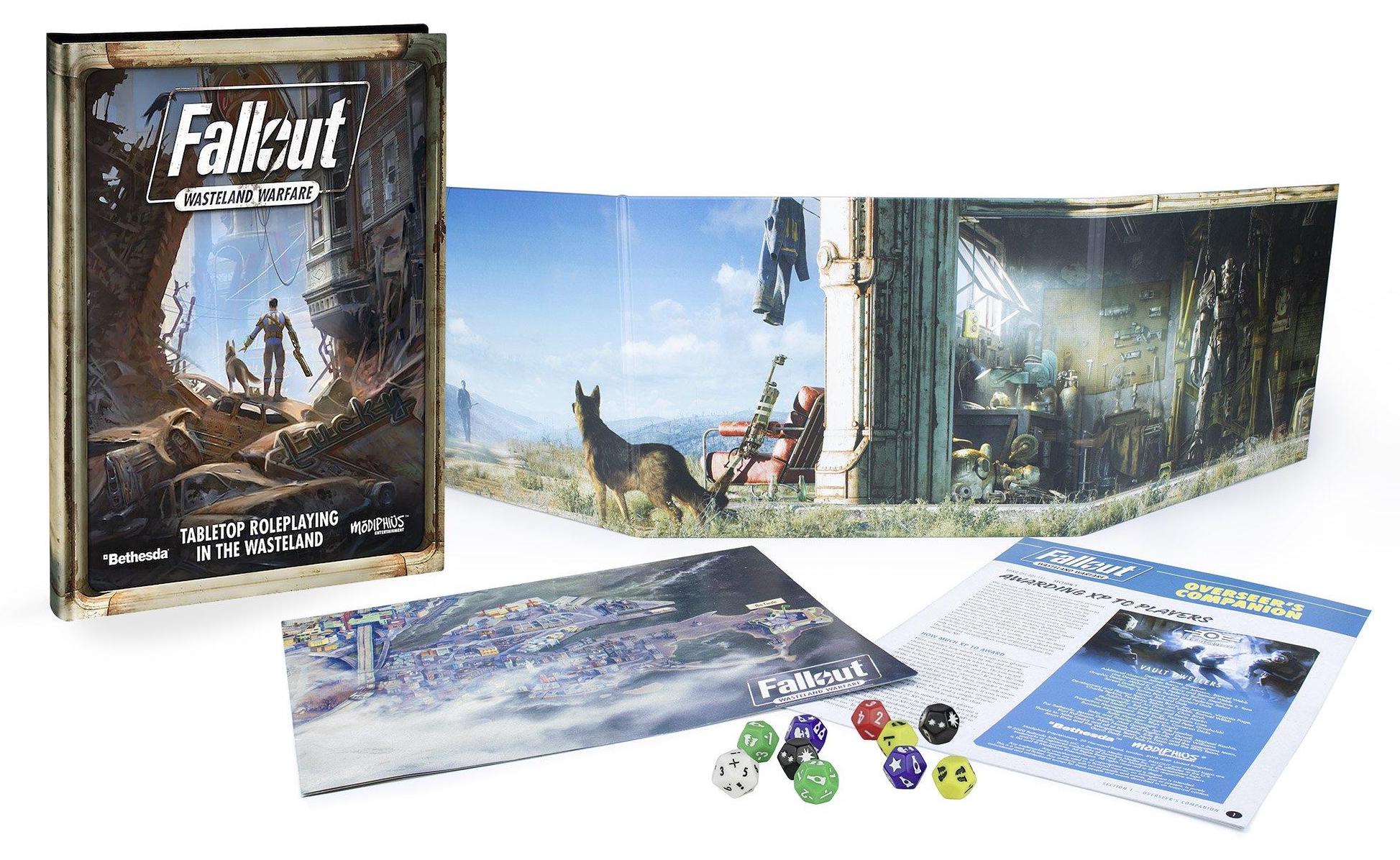 Character creation is either delightfully simple or disappointingly detached from players depending on your point of view. Because the game is based on an existing miniatures game characters aren’t created so much as chosen from the deck of archetypes that comes with the original game. If you enjoy playing a game with premade characters so you can jump right into the action without worrying about any of that munchy crunchy building, this will be an attractive feature for the Fallout roleplaying game.

But if you’re somebody who likes picking out all of the tiniest details of your character and finding a way to make them completely your own, this may kneecap your fun a little. Of course, Newcomers to the game without ever touching the miniatures game can jump in with a few simple downloads from the Modiphius website, but this is still a matter of downloading the cards they expect you would otherwise already own. 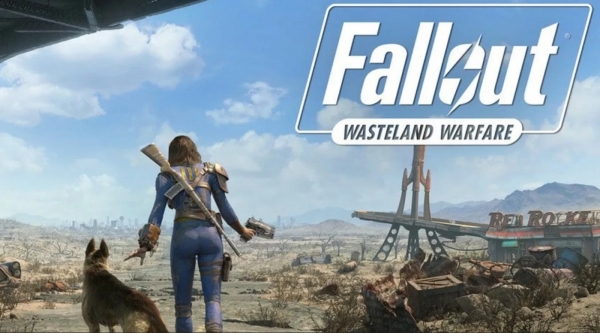 But overall what is this game? Does it capture the feel of the fallout series that we all know and love or does it miss the mark like ’76 did? I’m happy to say that many parts of this game can very easily feel like Fallout. Combat, story, and interactions with humans and mutants are all equally important, and the book leans into that dark “Weren’t the idea of Duck and Cover drills ridiculous on their face?” humor. It doesn’t seem to take itself very seriously, which in a world of Pip-Boys and bottle caps as currency it’s probably the best approach. In the end, this is a game for Fallout fans who are probably already enjoying the miniatures game, but for those people this game is a ton of fun and a way to reimagine your home city as a radioactive wasteland. Fun! 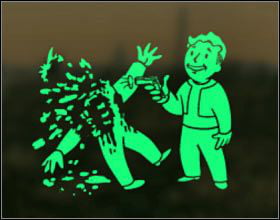 Have you played the Fallout Wasteland Warfare miniatures game or tabletop RPG? How do you think it compares to the videogame universe? Which Fallout is your favorite? Let us know in the comments!

If you want to check out the Fallout Wasteland Warfare RPG for yourself, you can find more information on the Modiphius website.