Star Wars: The Original Trilogy’s International Posters And The Strange Stories They Told 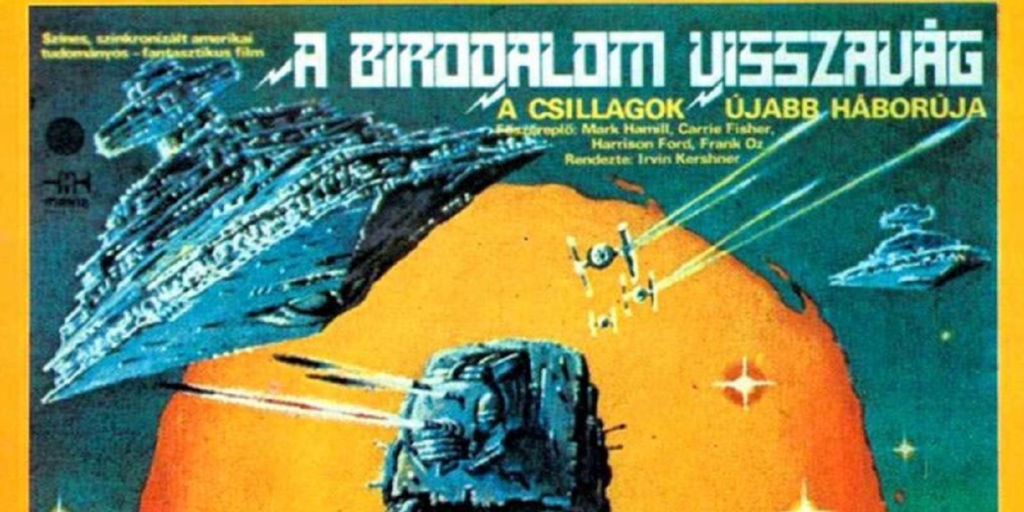 Some movie posters help you prepare for the movie you’re about to watch. Others are the International Star Wars posters which tell stories all their own.

Sometimes movie posters help viewers know what the movie they’re about to watch will be like. Main characters, color schemes, and tone, maybe even a key location are two are often featured somewhere. But sometimes movie posters are wild, abstract things that must have been drawn by somebody with less than no basic understanding of the movie. International movie posters seem to be a treasure trove for that exact confusing art form, and honestly where some of my favorite movie posters come from, and the classic Star Wars trilogy has some best posters around. 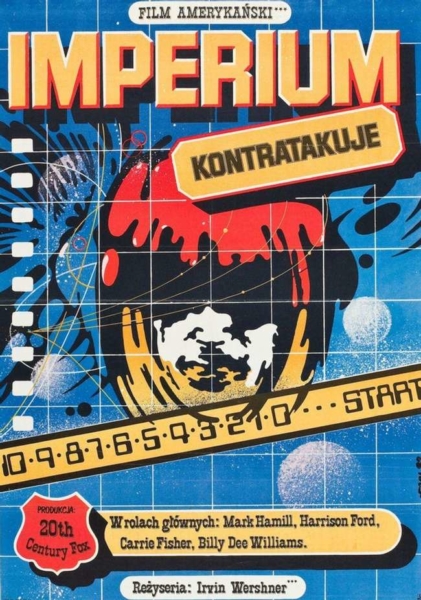 In the grand scheme of things, this poster is pretty tame, but if you took all of the names off bottom and asked me to guess what I was looking at, I would never in a million years guess Star Wars. Is that a face in a helmet? A weirdly positioned paint drip? What is that countdown in the middle? Are the black paint strokes in the background butterfly wings? Why? There isn’t a whole lot to this poster and while the clean, bold design isn’t displeasing to look at, the elements I do see are a total enigma. Does anyone understand? Please, explain! 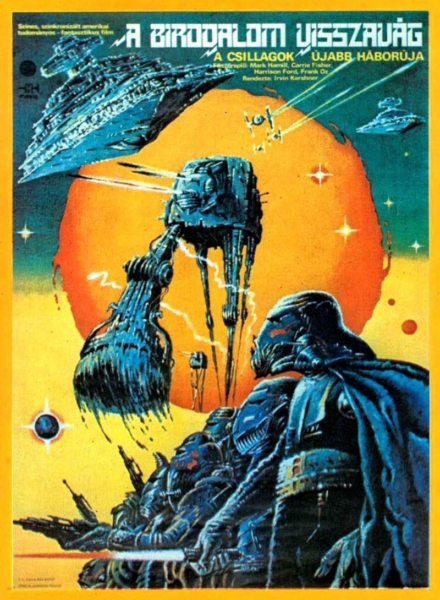 Does Darth Vader have one extra huge hand?!

You’re going to see a lot of  Hungary on this list, and I mean it from the bottom of my heart when I say that their posters are the wildest and my absolute favorites. This one is more recognizable. I see Darth Vader – or what looks like a version of Vader that somebody would draw after looking at a piece of original concept art once – there’s a few ATATs, a Star Destroyer or two. Sure, it looks like Vader’s lightsaber is red with blood instead of Sith energy, but honestly, that’s pretty cool. This poster looks like one of two things: either the artist watched one trailer once and said, “Got it,” before going to work, or this is a reality jumping in-universe Imperial propaganda poster. They made the Empire look pretty darn cool.

Return of the Jedi – Hungary 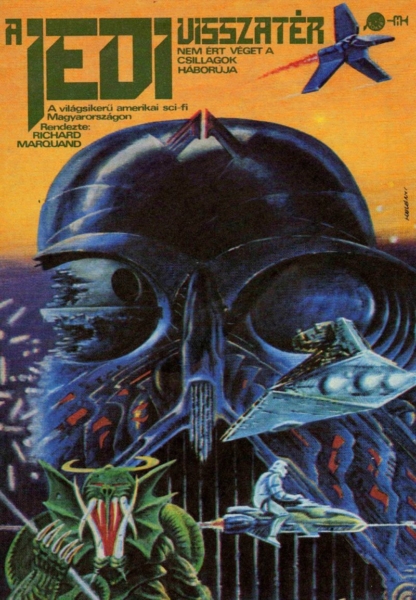 Another very cool but confusing poster from Hungary. The cracked Darth Vader helmet in the background with the Death Star in place of his eye is one of my favorite details, and honestly a terrific bit of imagery. Truly, I’m impressed. The cameos by a few other ships and a speeder riding Storm Trooper fill out some of the rest of the space, but I must ask… What is that green thing? Who is that supposed to be? Did Hungary get a special extended cut that with a bonus toothy alien that I somehow missed out on? Will they be appearing in any future Star Wars titles? 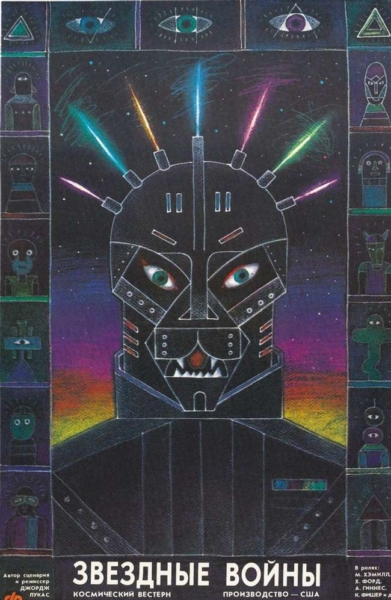 I’ve seen quite a few Russian Star Wars posters by now, and once again if you asked me to tell you what this was I would not be able to guess in a million years. I assume that’s supposed to be an artistic rendering of Darth Vader if he were also a cat and had multicolored laser hair. As a Star Wars poster, I’m perplexed. But as a laser rock opera performance night at the planetarium, I’m sold. 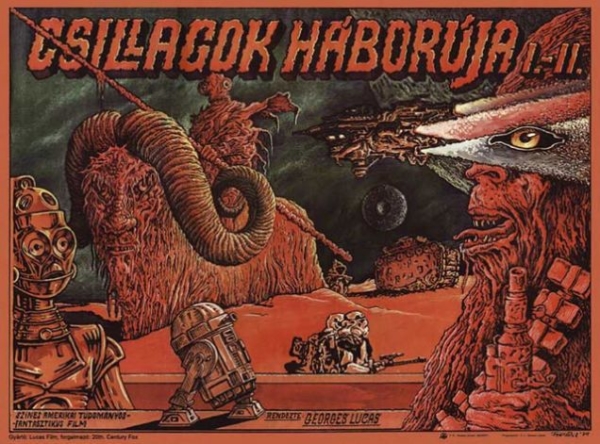 I told you we were going to spend a lot of time in Hungary today. The Tusken Raider on the Banta? R2D2? The Death Star in the background? No notes, instantly recognizable. What is going on with C3PO’s head? Is that Chewbacca wearing a Star Destroyer as a mask? This poster looks like it’s for a very different version of Star Wars than I’ve seen, and I don’t know if I want to watch it or if I’m scared.

What’s your favorite Star Wars poster from around the globe? Are there any so wild that you want to frame and display it as the art it is? Do you recognize that random green tooth alien and if not, can we come up with his name and backstory together? Let us know in the commens! 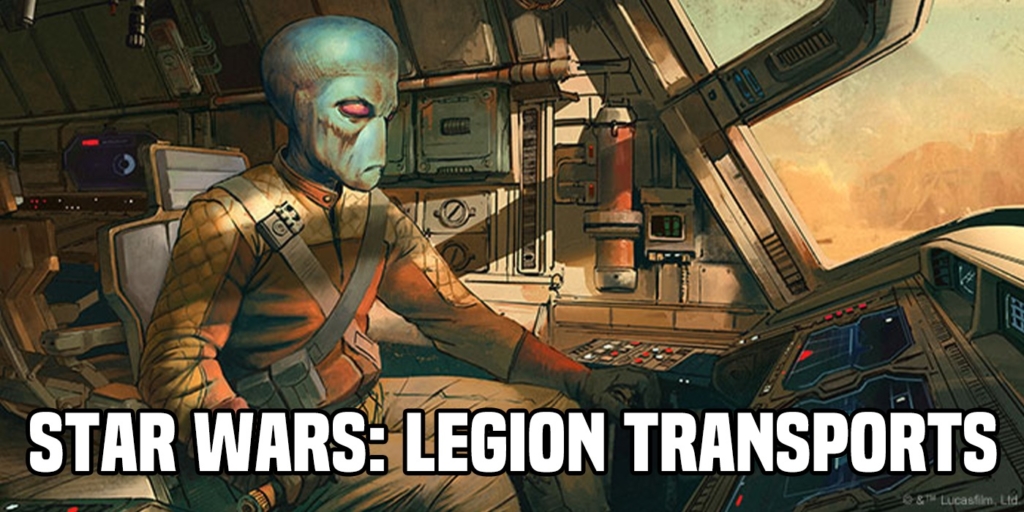