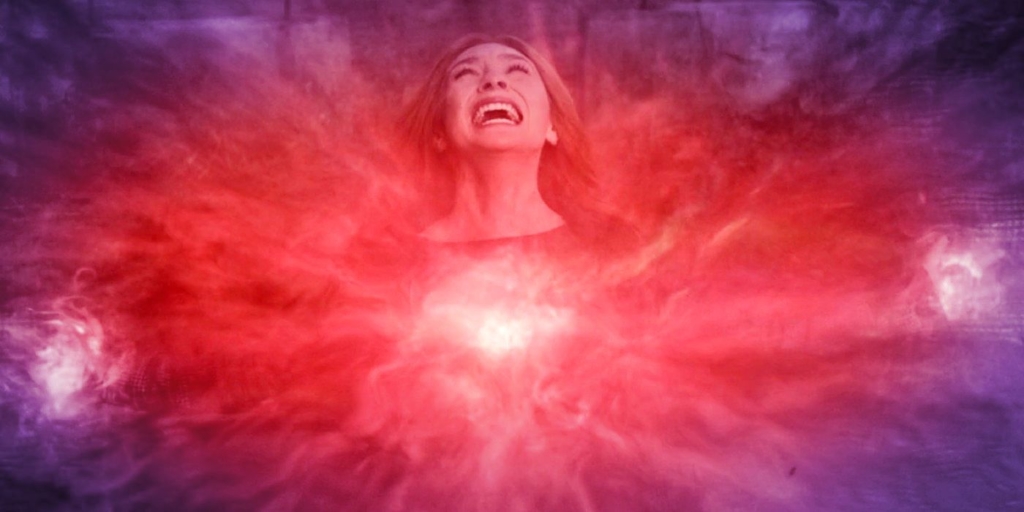 WandaVision leaves the world of sitcom television altogether this week and enters a world of chaos magic and grief.

Agatha pushes Wanda through her past to get some explanations about how the hex functions and who created it. It is an episode rooted in the comics that tells an origin story and provides some of the answers. Showrunner Jac Schaeffer gave us the most complex episode we’ve gotten yet – both in terms of story and construction. Let’s dive in…

Lots of spoilers after the GIF.

We start with a bit of Agatha history. She’s super old. Like 10,500 BC has had contact with cosmic beings old, but Salem is where her story really picks up in the comics. She was totally pro killing witches in the trials in order to strengthen true magic holders, which we kinda see in this scene that shows her killing her coven. She was the most powerful member of the New Salem coven, joined the Daughters of Liberty, and the Department of the Uncanny before becoming a governess to the Fantastic 4. She’s died and been resurrected. Agatha’s story winds through Earth 616 history. 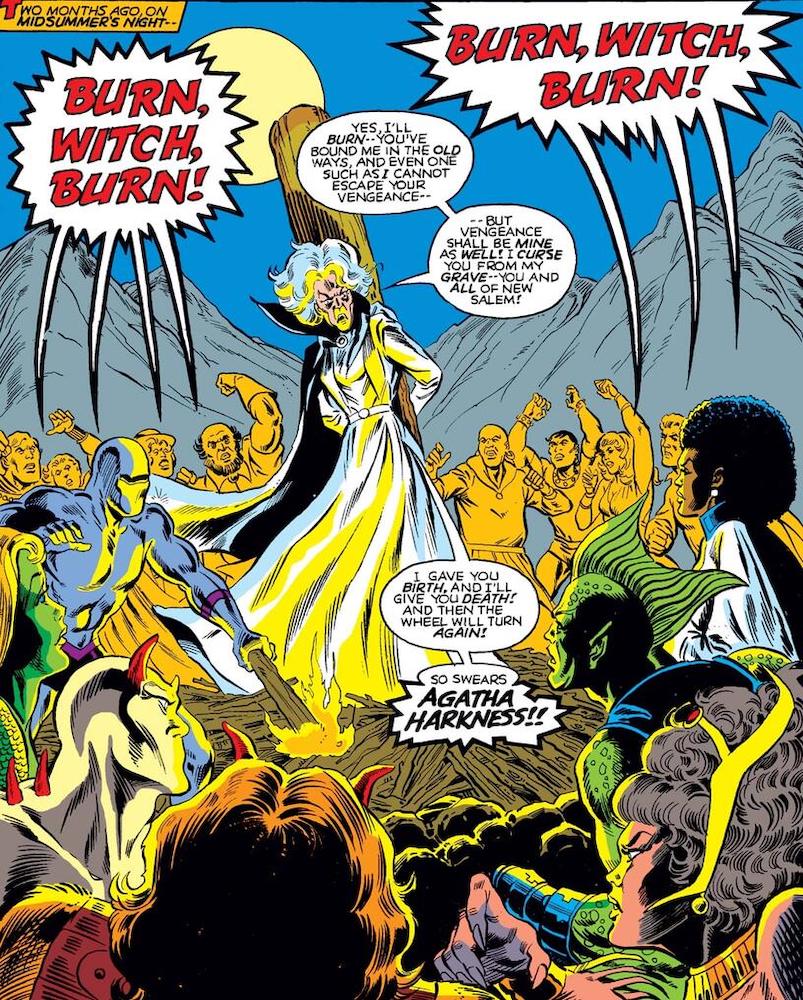 Agatha, Wanda, and Vision have a history that ties into New Salem and how Scarlet Witch created their children (surprise! chaos magic!). That history is where the talk about Mephisto being a part of the show comes from. Her kids were literally part of him. It’ll be interesting to see how/if that’s going to be handled, if at all. Speed and Wiccan are a gateway into the New Avengers. 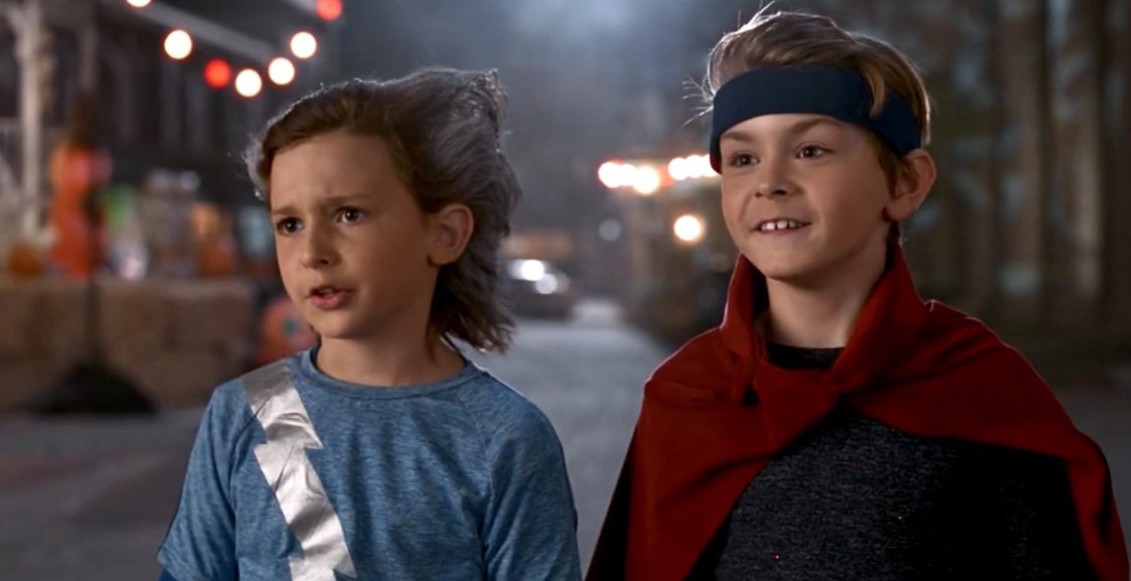 The entire series has been Vision and Wanda’s characters’ entangled histories from the comics reworked (in fun ways, I might add). This episode makes a bunch of connections through a casual stroll through Wanda’s trauma. We start with her childhood and learning English from DVDs of American sitcoms (this was a thing in the USSR). From there it’s loss followed by trauma followed by more loss. Love discovered and lost in violent ways.

It was Wanda’s grief all along. It used her memories to rebuild Westview, create the hex, and make her own version of Vision. She’s not being held captive, no one built it and put her there. Sometimes the simplest, straightforward one is the best. They’ve been good with the red herrings over the season, though.

We also find out that her powers weren’t created by Wolfgang von Strucker’s experiments for Hydra – she was born with them. And she finally gets her name… 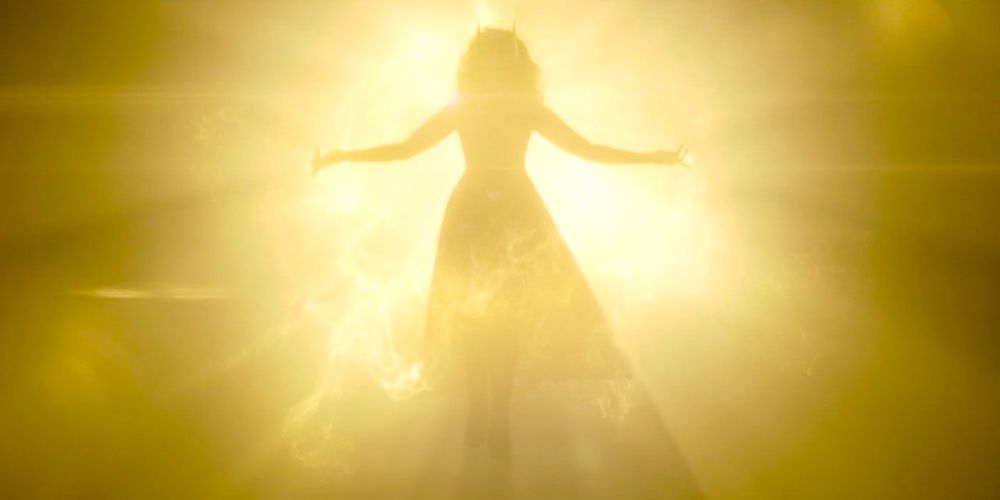 Oh, hey… this thing from the mid-1980s happened. White Vision comes from two books – starting with a West Coast Avengers storyline where Vision accesses the entire planet’s weapons systems in order to steer humanity to peace (didn’t work). It was picked up several years later – a team of government agents kidnapping, dismantling and wiping the memory of Vision to prevent something like that ever happening again. 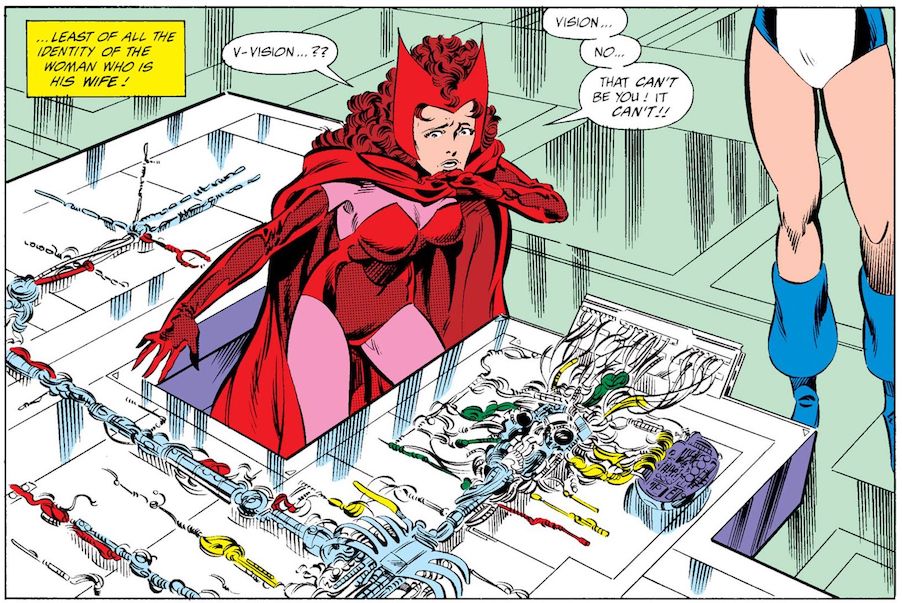 The Avengers were able to retrieve all of the pieces, but there were no backups. The rebuild resulted in a functioning body without the Vision they had known. His skin was also damaged in the process of being disassembled, which is why he’s white.  Some trivia – Vision’s creators (writer Roy Thomas and artist John Buscema) had designed him to be white initially, but he ended up red/green due to how the books were printed at the time. 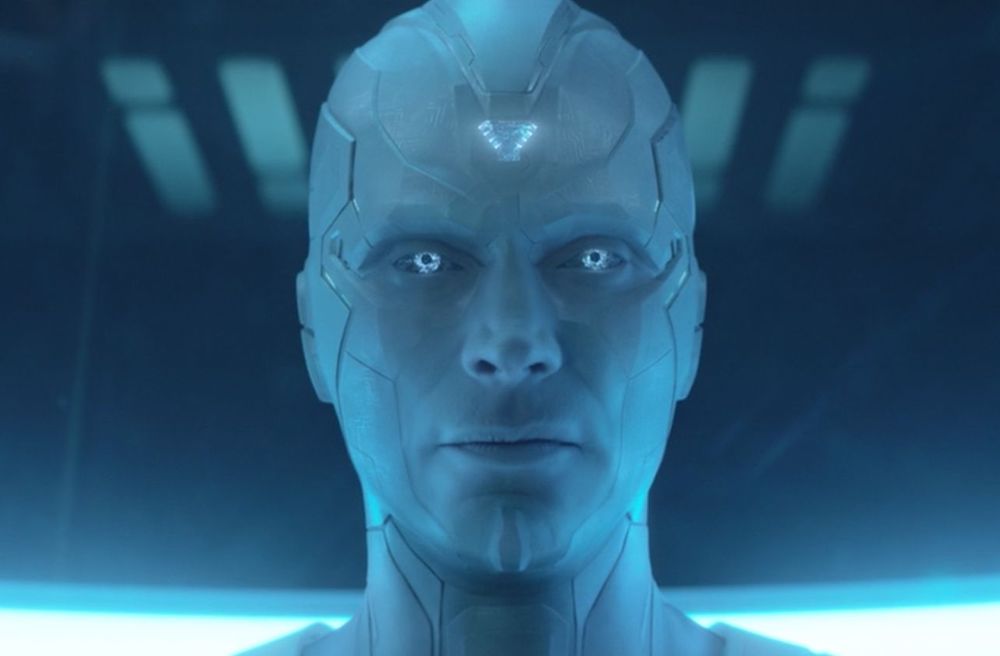 Some quick observations and burning questions…

There is one episode left to tell this story in – it’s going to be emotional and action-packed. What are your final theories?