Warhammer 40K: A Peek Inside The Book Of Rust 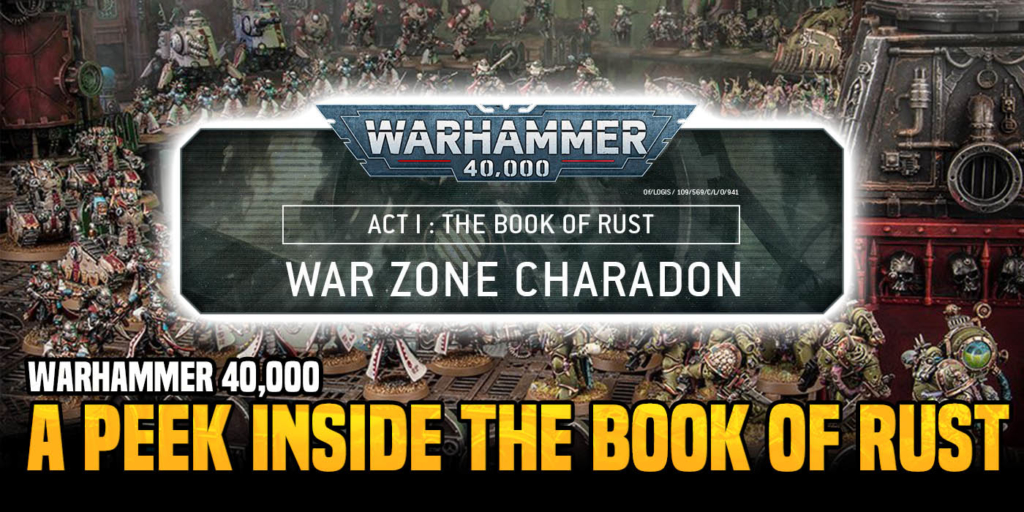 Act 1: The Book of Rust – War Zone Charadon is coming soon. But what will it bring? Let’s find out!

A couple months back Games Workshop teased a new series of War Zone books. It started with the War Zone Charadon cover – aka Act 1: The Book of Rust. 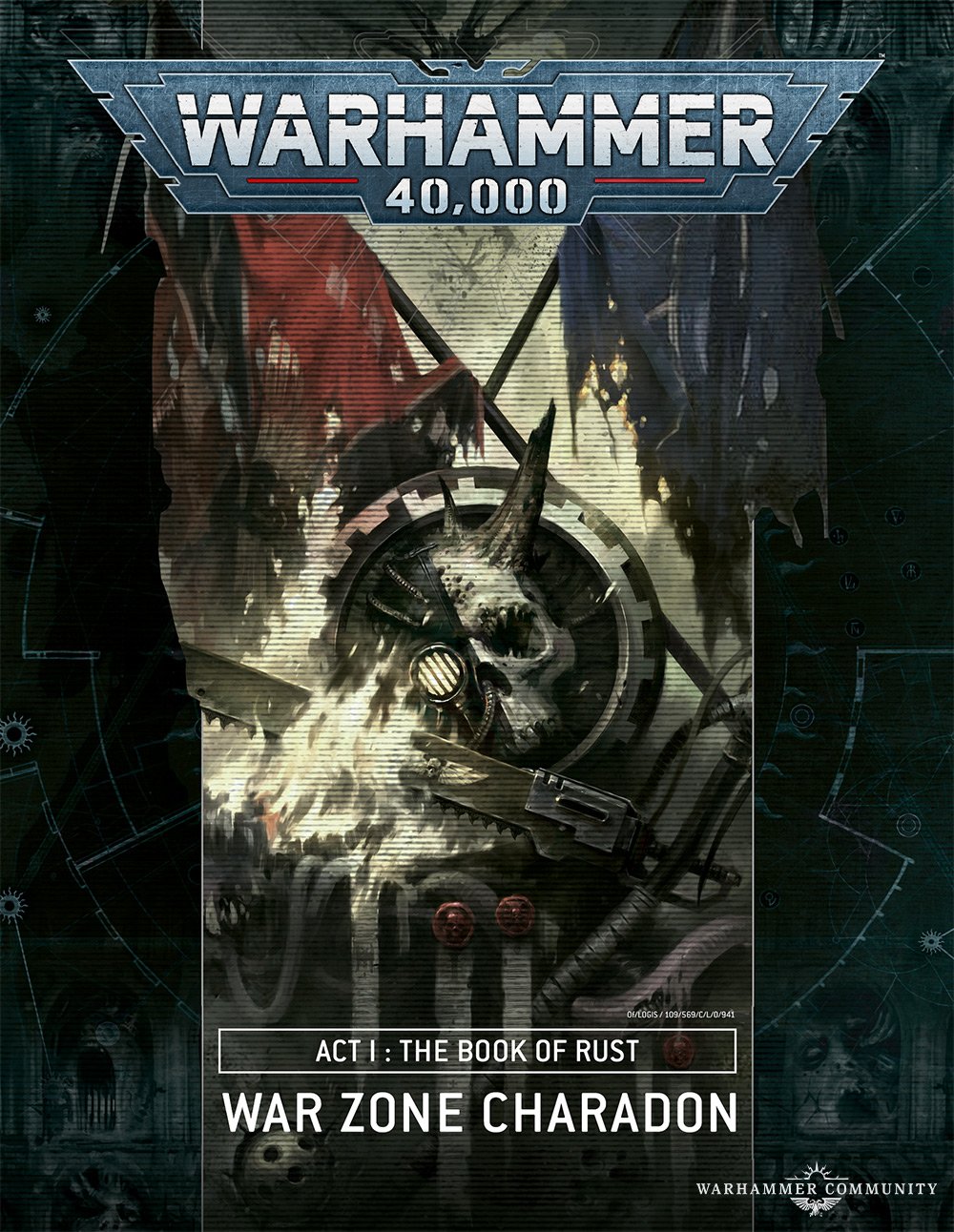 Well, today we get a first look at the Table of Contents for what this book will be including and it’s looking pretty exciting for a few different factions. 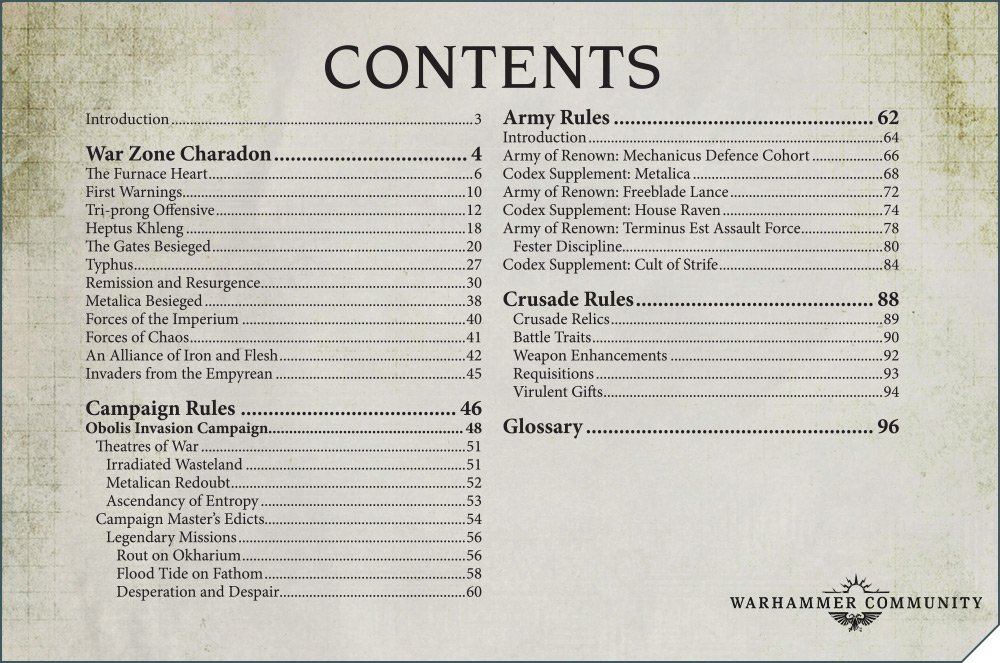 There’s lots of good stuff in there but we’re going to skip right over to the Army Rules Section. Why? Well, look who’s listed: 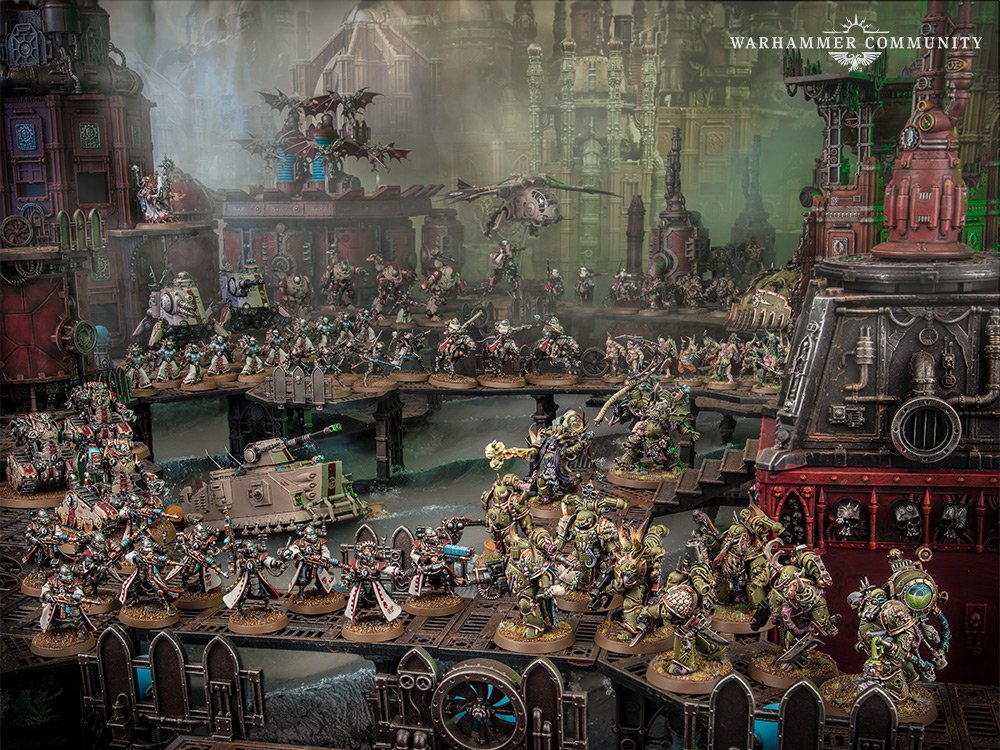 That’s 3 Codex Supplements so far PLUS a new Psychic Power set. So if you’re just looking for new rules for those respective armies, you’re getting that. And what exactly are these new “Armies of Renown:” anyhow? Good question:

“New rules for Armies of Renown allow you to create a themed force based on several key players of the Charadon campaign, each with its own benefits and restrictions. This offers a whole new way to build flavourful armies and score yourself some extra Relics, Warlord Traits, and Stratagems.” 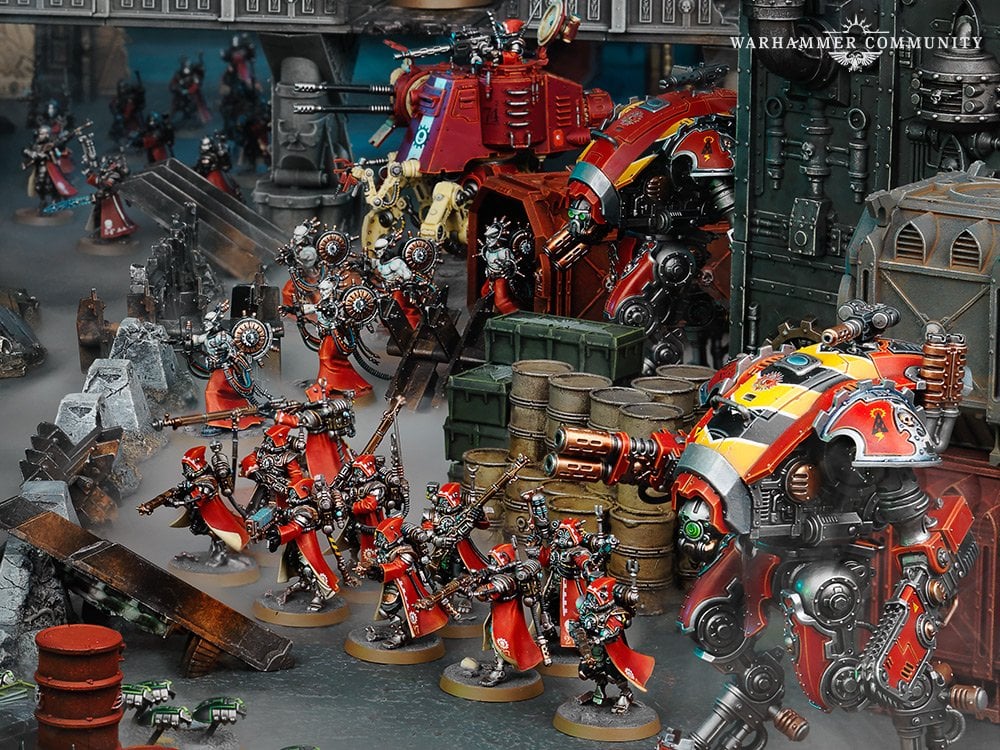 But there is a whole lot more going on in the new book for anyone who wants to engage in Campaign play.

“Rules for running an Obolis Invasion Campaign let you play a series of connected games featuring any factions you could think of spread across three alliances: Defenders, Invaders, and Raiders.

Also included are rules for setting your games in a variety of strange and dangerous regions, such as plague-blighted battlefields and augmented areas riddled with the Machine Cult’s blessings. Combined with fortifications like the Death Guard’s Miasmic Malignifier and Sector Mechanicus terrain sets, you can create some wonderfully hellish places to fight in.” 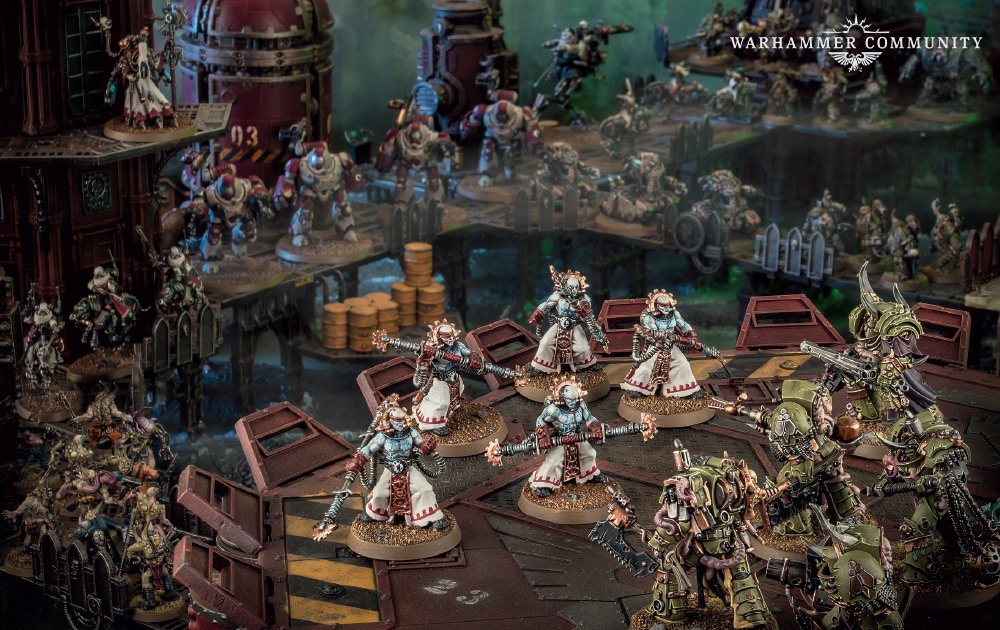 Defenders, Invaders, and Raiders? Sounds cool! Plus a three-way fight always means that who ever starts to pull ahead has a higher chance of getting ganged-up on. Oh an it’s not just Ad Mech, Imperial Knights, and Death Guard. The Orks and Drukhari are getting in the fight, too! It’s going to be a blood bath in War Zone Charadon!

Naturally, there is going to be a ton of accompanying lore to go with the book. In addition to the Army Rules, Campaign Rules and lore, there will also be new Crusade Rules you can use to play with. Take your army from a batch of new Recruits through the ranks and become a veteran army of well tuned warriors! 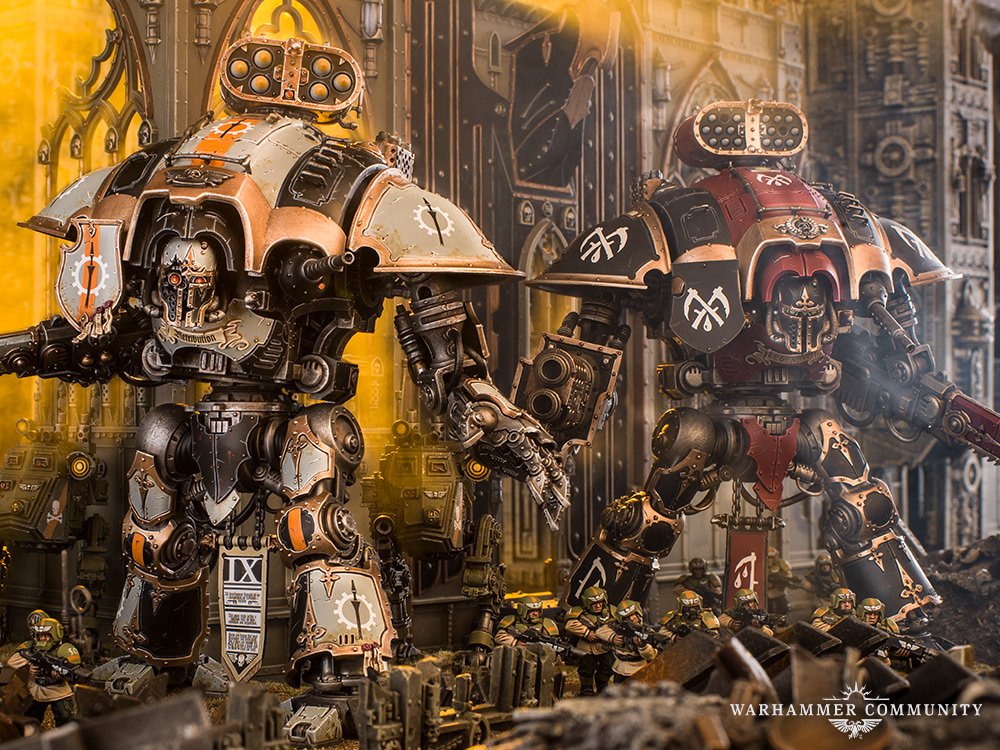 Get ready for a brand new War Zone – The Book of Rust is coming!

Warhammer 40K: So Where Are All The 'Exodites' 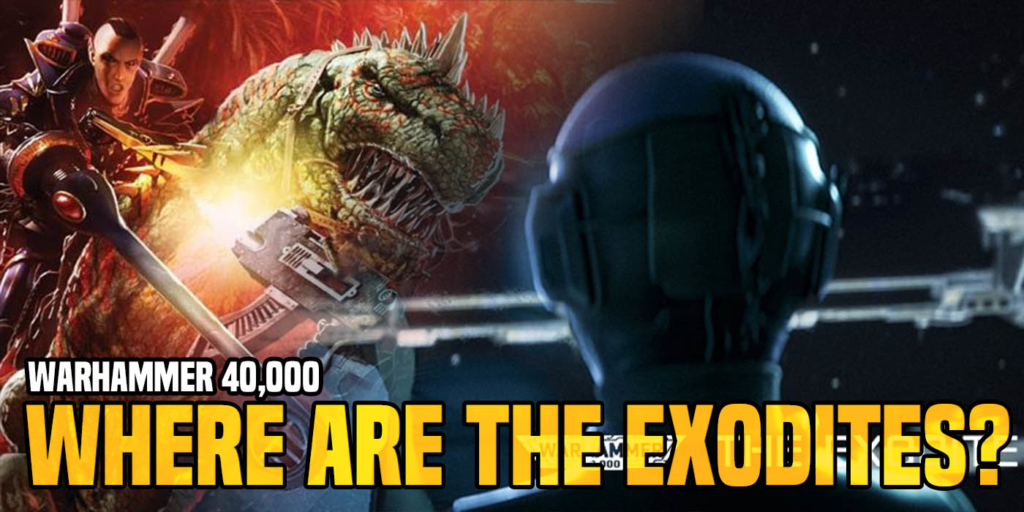