Warhammer 40K: Key Secondaries and How to Win With Them 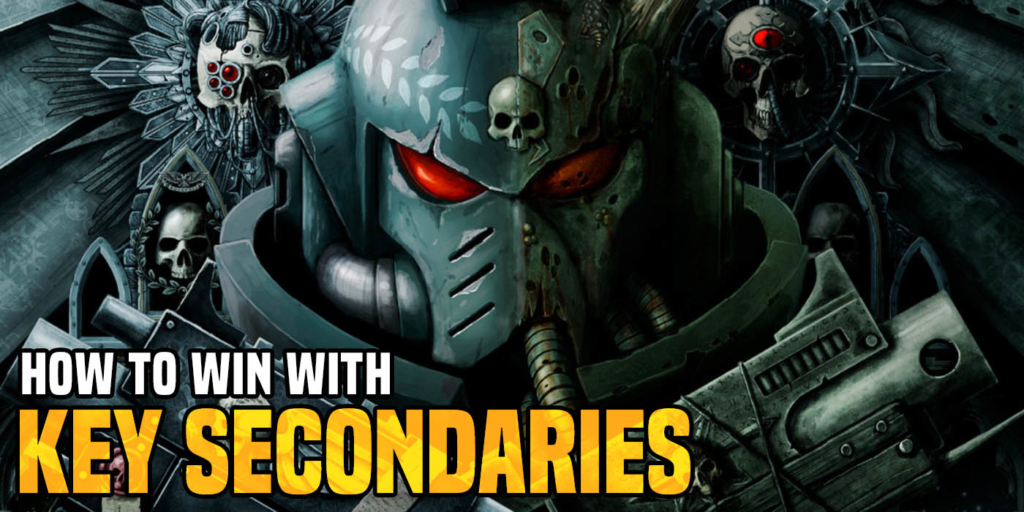 Today we look at Secondaries many Warhammer 40K players choose on a consistent basis – and why.

With the new edition we got a whole new way to play when they released the grand tournament mission packet. Yes, killing units was important but the movement of troops and being in the right place at the right time is now becoming more important than just killing. There are instances now where you could win a game without having an overwhelming amount of killing power and by just being very resilient you can still win a game. Part of the reason for this shift is the change in the way the primaries and secondaries are scored. The primary objectives are basically about holding objectives and most of the secondaries do not involve having to kill units. 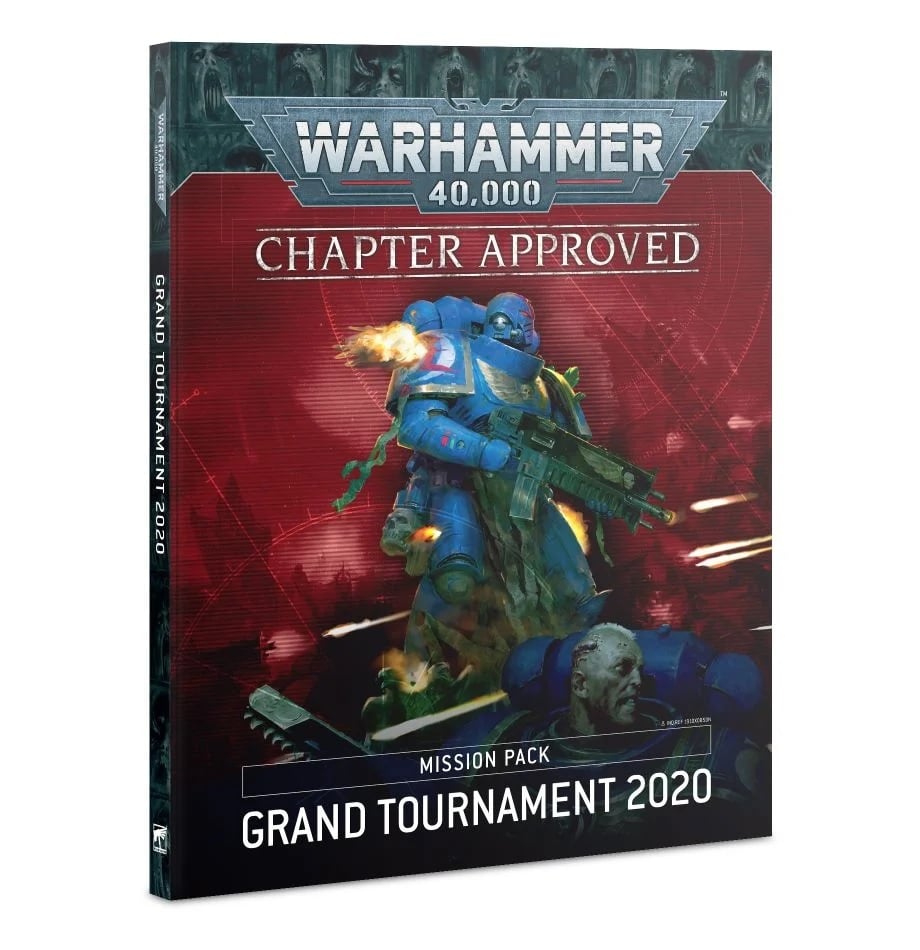 I think there are only 3 or 4 that actually reward you for killing units and even then you do not get many points once it is done or if it is done too late. All these new secondaries, in addition to the codex-specific secondaries, give the players a lot of options in how to score points. This week we will look at a couple of the secondaries that many players, including myself, seem to choose on a consistent basis and why. Before we start with that though just know that not all secondaries are created equal and many times you will not score the full 15 possible points. This shouldn’t be a big issue as it was rare to get full marks for secondaries back with the old system anyway. 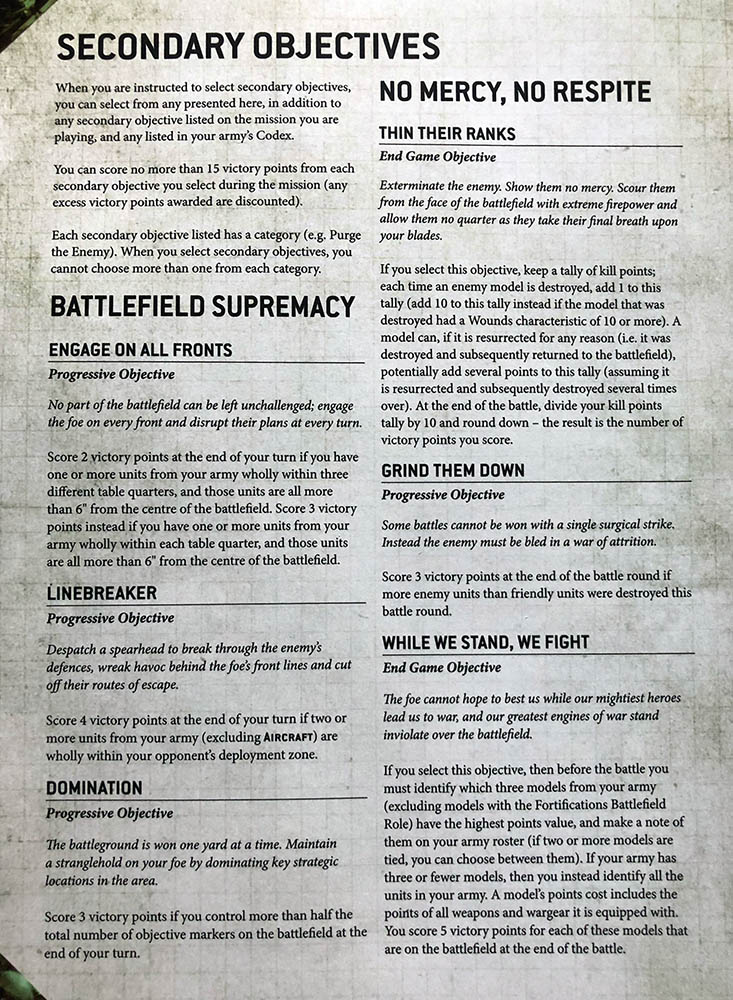 Engage on All Fronts

If you play in any of the large tournaments across the United States then you would know this one as Recon. In this version, you need a unit from your army fully within each corner of the board, more than six inches from the center of the board. If you have units in 3 quarters, you get 2 points. If you have a unit fully within all four quarters, you get 3 points. Most, if not all, armies have access to fast-moving units that could easily get in the quarters that you need to get. It is especially good if you also have cheap fast units to score this secondary. Units that can deep strike and flyers are the usual culprits for this secondary. 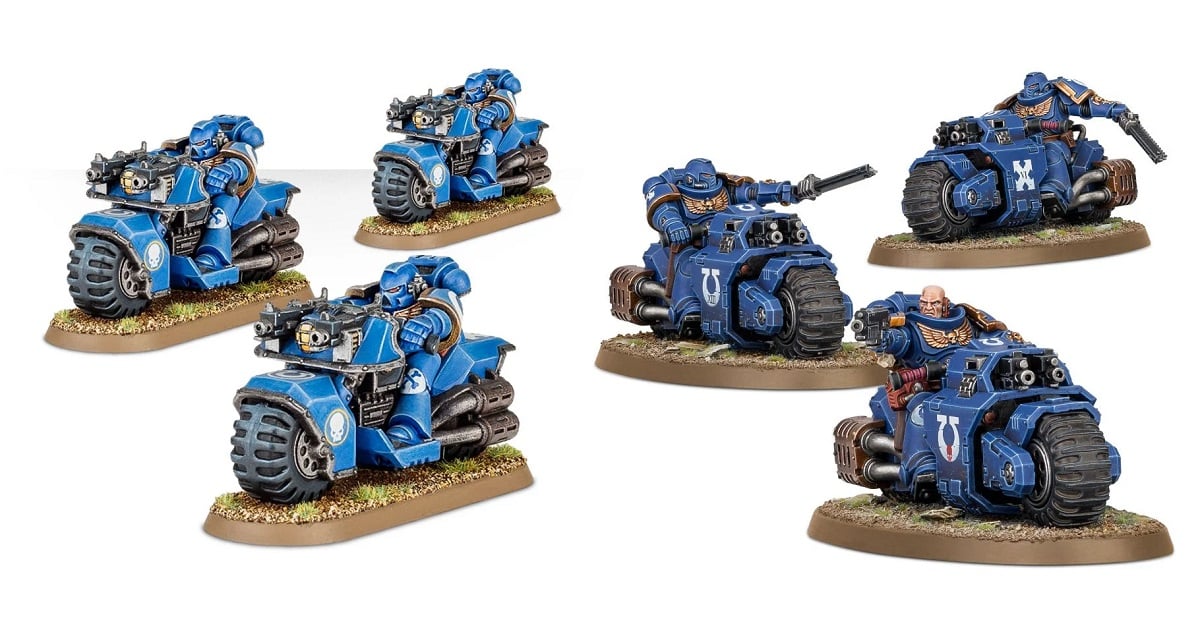 This is scored at the end of your turn so it is difficult for your opponent to stop you from scoring this secondary. If you play it right and are able to hide the units doing your scoring, it forces your opponent to deal with these units so that you won’t be able to continue to score. Now you do end up losing a number of units over the course of the game but if they are throw-away units to begin with then scoring 10-15 points a game for this secondary is worth it.  You can easily build an army that takes advantage of this secondary. If you take this and the next one I am going to mention, then you can easily kill two birds with one stone. 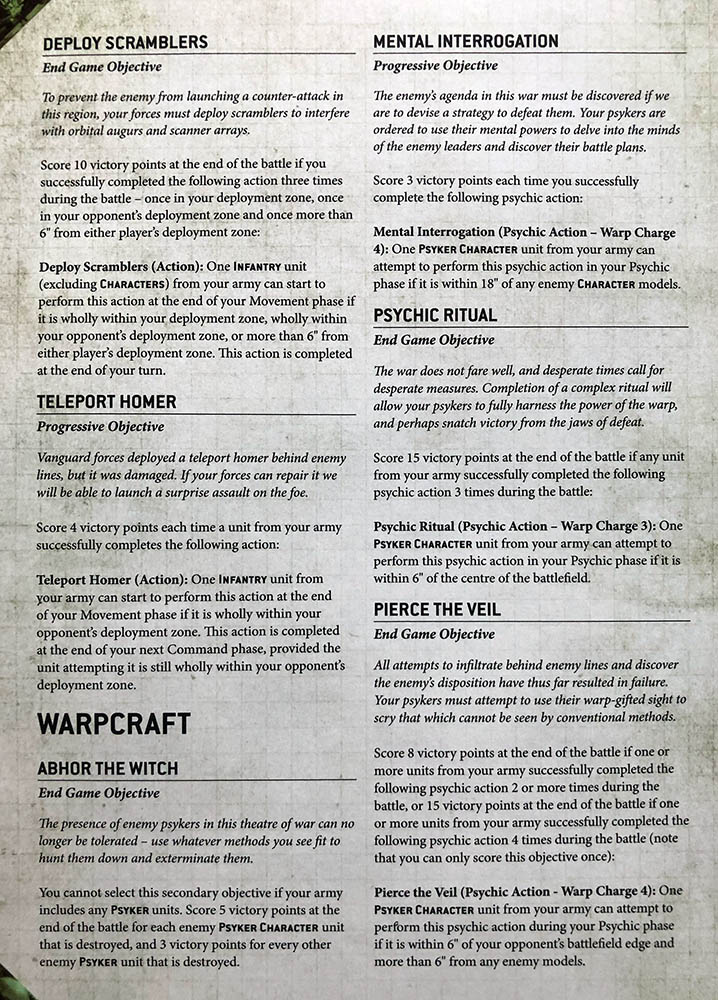 This secondary is the other one that people choose and is almost always chosen with Engage on All Fronts. In this secondary, you score by a non-character infantry unit performing 3 actions: one in your deployment area, one outside of six inches of either deployment zone, and one in your opponent’s deployment zone. You can only perform this action once per turn so it will take 3 turns to perform but when you perform the third action, it doesn’t matter what order they are performed, you score ten points. I know it’s not the maximum of fifteen points but it is a good amount and many other secondaries do not give you max points also.

You have a wide variety of choices on what units to use to perform this action. Units that can deepstrike are very useful for this secondary because they could easily drop into your opponent’s deployment zone. Another option is to use cheap minimum-sized squads to go into Strategic Reserves and come in off the sides of the table and perform the action. As with Engage on all Fronts, you declare the action at the end of your movement phase and it is scored at the end of your turn so there is very little your opponent can do to stop you from performing and scoring this action. It is a secondary that I have found easy to score.

Personally, I use to cheap flyers, Hell Blades, and 5 man Chaos Space Marine squads for these two secondaries and they have not disappointed in the games that I have played. In addition, I have the Tide of traitors stratagem to get another unit down the field, if needed. So you should build your army around scoring these two secondaries at the very least and choose your third one depending on what army you are facing, you can’t go wrong.

~That’s all for this week. I hope you enjoyed the article. Let me know what you think, and what secondaries you think are must take, in the comments section below. 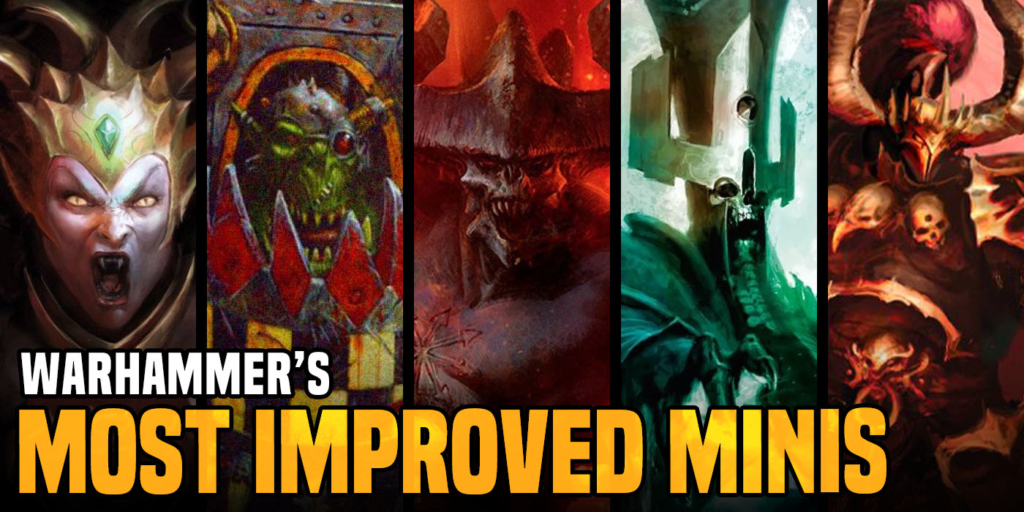