D&D: Of Course Someone Turned Lil Nas X’s Montero (Call Me By Your Name) Into A 5E Monster 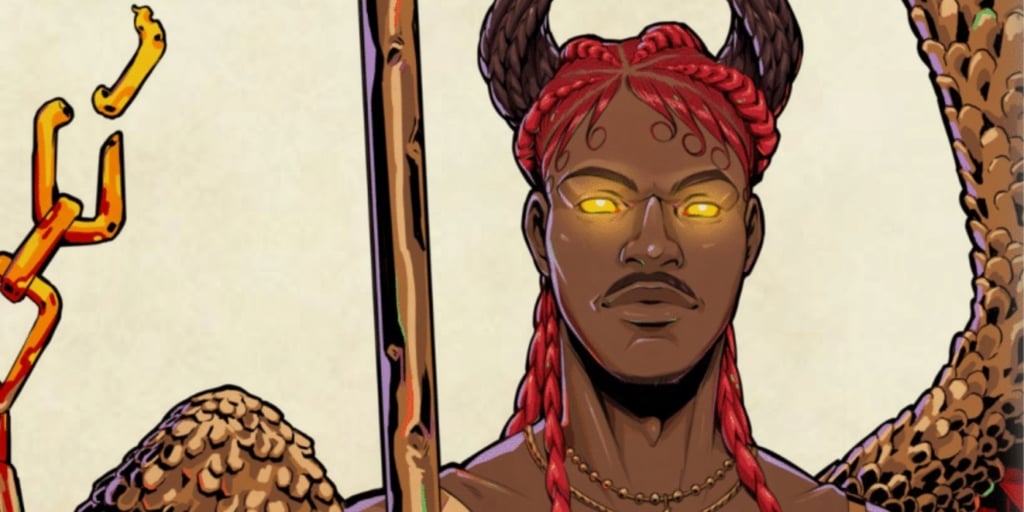 Dungeons & Dragons is no stranger to satanic panic, so of course someone made Lil Nas X’s latest hit into a 5th Edition Monster.

Montero (Call Me By Your Name) by Lil Nas X is incredible. If you have somehow not heard it, what is wrong with you, the internet is right there, it’s so good you can just go to YouTube and listen to it. You could even just click here. 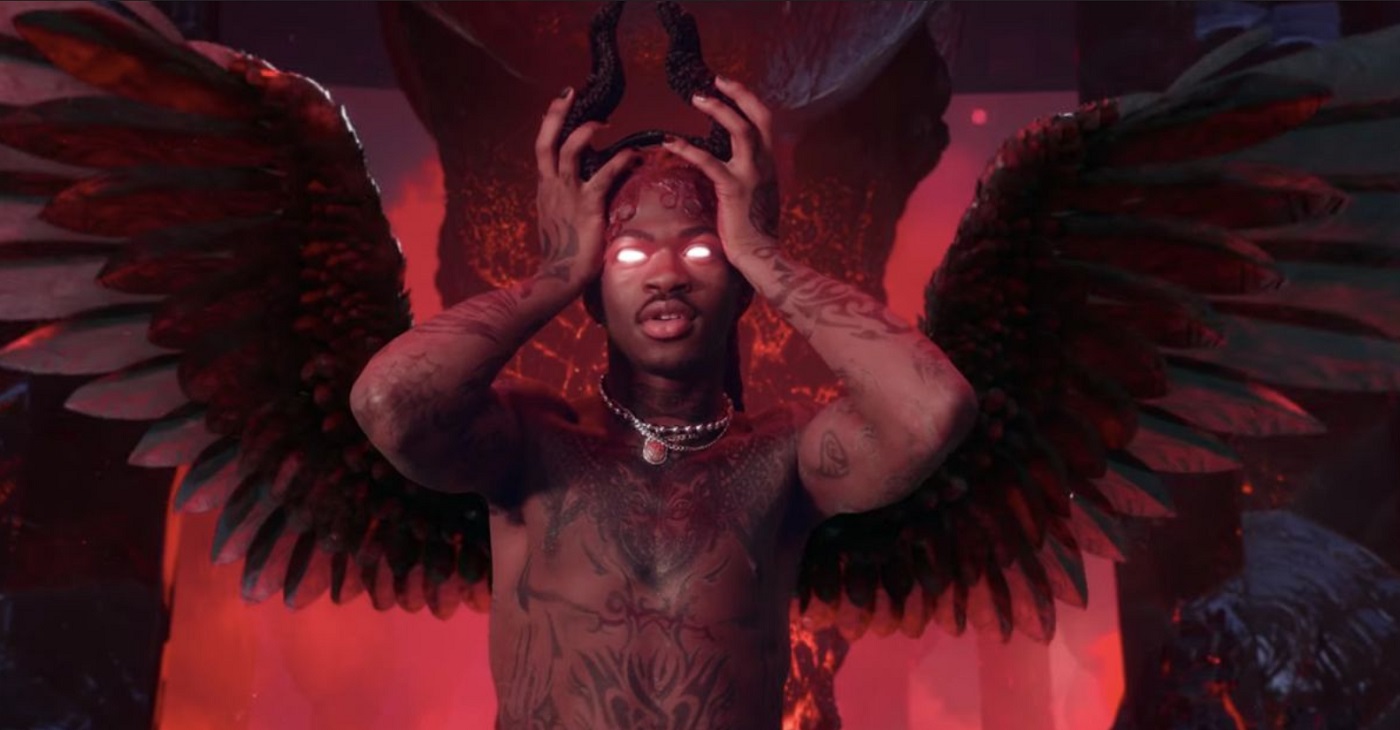 People who listen to the song tend to go one of two ways–either they become powerfully afraid because they felt something they’ve never felt before and the only reason they could be feeling it is because of the devil, OR they’re just blown away by it.

The latter is pretty much the exact reaction that one redditor, u/ExistentialOcto, had after hearing the song. And they were so inspired they immediately felt like they had to go and turn the fallen angel featured in the video (and played by Lil Nas X) into a D&D monster as you can see on Reddit:

[OC] [5e] Call Me By Your Name by Lil Nas X blew my mind, so I created what I hope is a worthy tribute to it! Meet Montero, the usurper fiend 😈 (art credit in the comments!) from DnD

Call Me By Your Name by Lil Nas X blew my mind, so I created what I hope is a worthy tribute to it! Meet Montero, the usurper fiend 😈 (art credit in the comments!)

The post includes artwork by the incredibly talented Antonio Demico, and, the internet being what it is, it quickly spread like wildfire far beyond the bounds of Reddit:

Truly D&D fans are undefeated. Here’s a closer look at the fiend and his abilities: 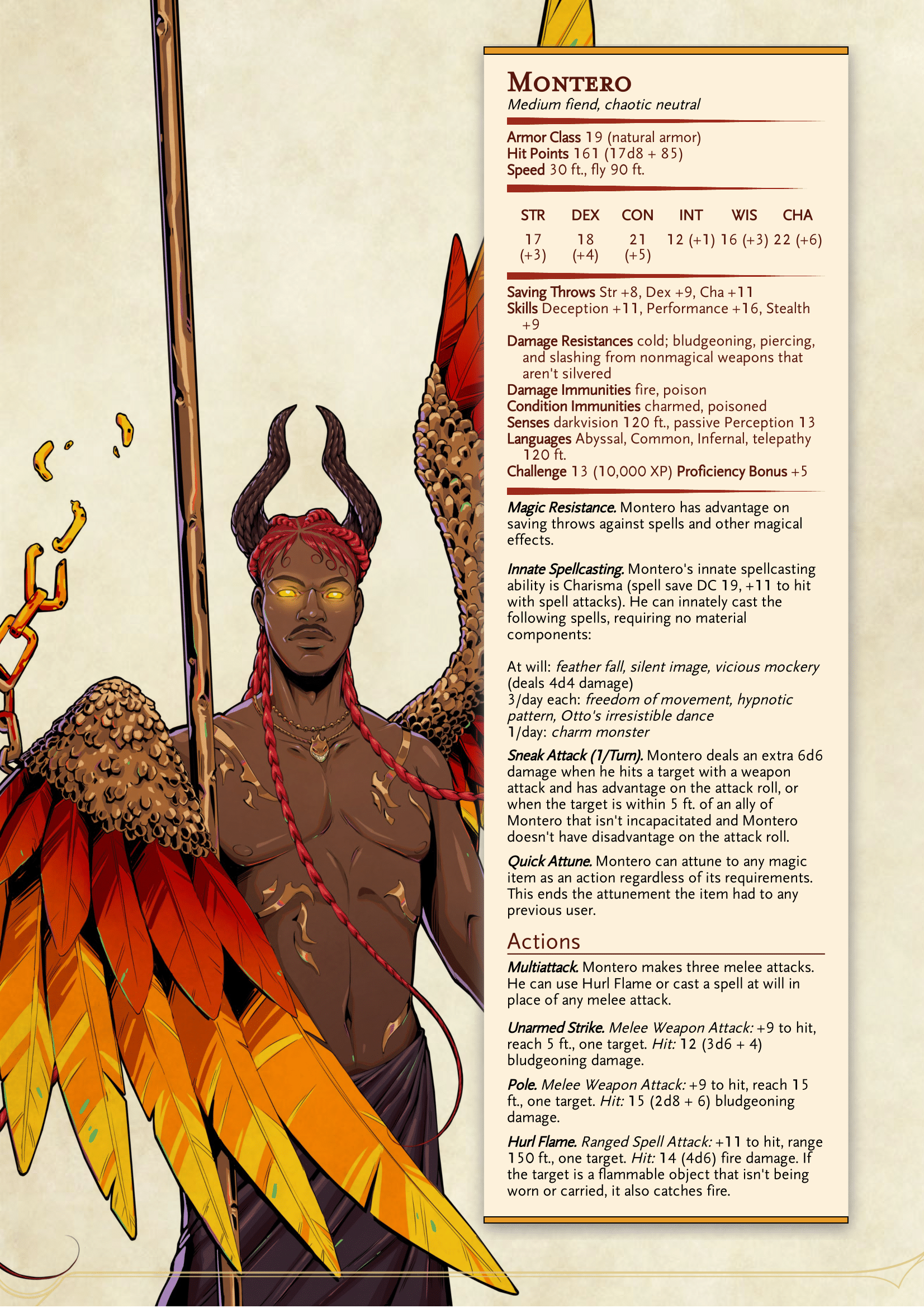 Honestly, CR 13 is a pretty good place to be–while it’s a little low for someone who gives a lap dance to the devil before usurping the throne of hell, it is an appropriate challenge rating for a mid-to-upper-mid level party to face off. Although, looking at Montero here, I dunno that the encounter necessarily has to end in combat. 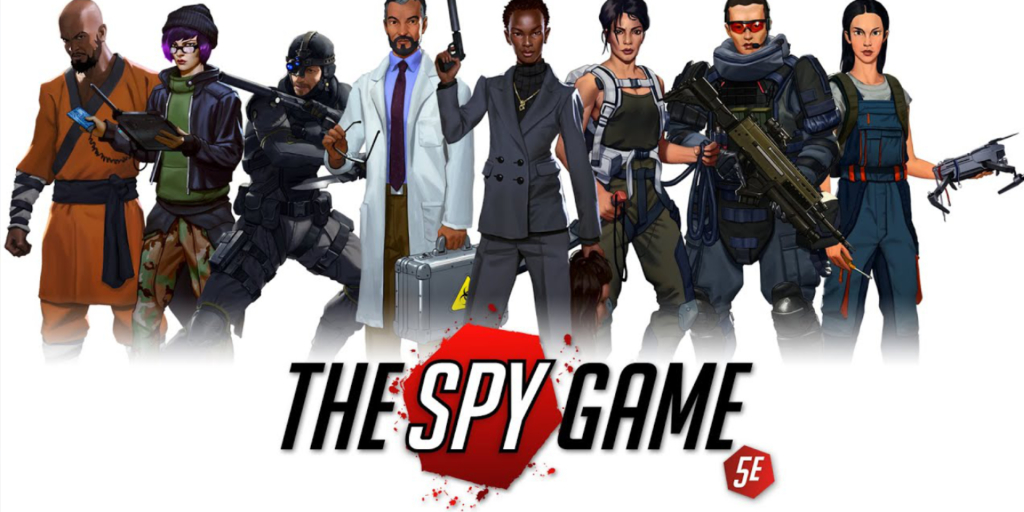