D&D: Wulfgar The Barbarian Hits Like A Freight Train In Dark Alliance 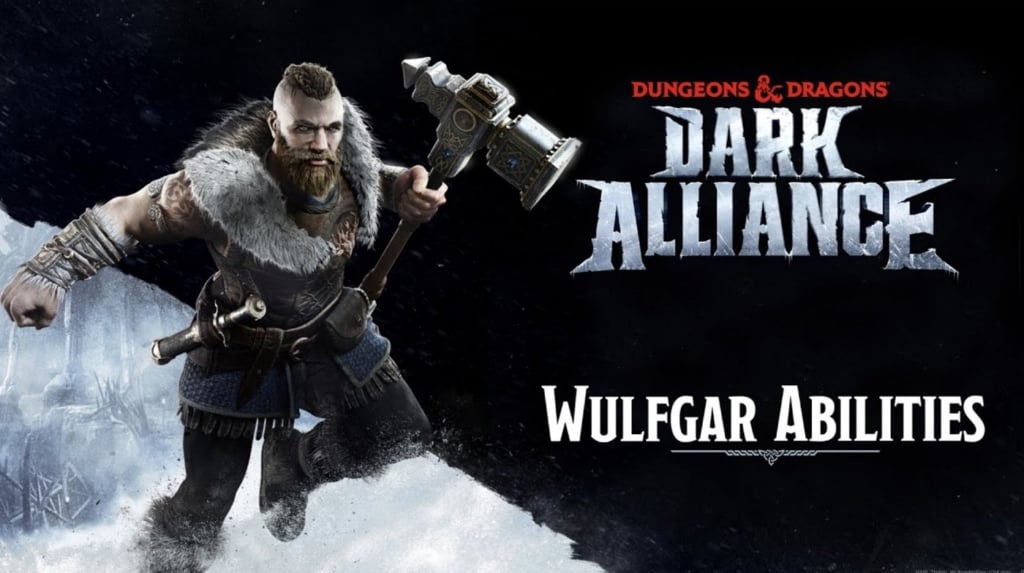 He’s blonde, beefy, and built, and he’s one of the four main characters of the upcoming D&D brawler, Dark Alliance. Come take a look at Wulfgar’s moves.

As the release date for Dark Alliance inches ever closer, now a scant two months and change away, we’re getting to look closer at the main heroes. Today we’re all about Wulfgar, son of Beornegar, barbarian hero of Icewind Dale, and one of Drizzt Do’Urden’s most trustworthy companions. Check him out!

Introducing Wulfgar – one of the playable Companions in Dark Alliance. With his colossal hammer and a thirst for adventure, the Reghed barbarian will venture headlong into danger and crush any foe who dare threaten his home.

Armed with 17 different attacks and the magical warhammer known as Aegis-Fang, a legendary weapon made of mithral, adamantite, and covered in a magical diamond coating and engraved with symbols of dwarven gods, Wulfgar is sure to smash his way through any encounter. 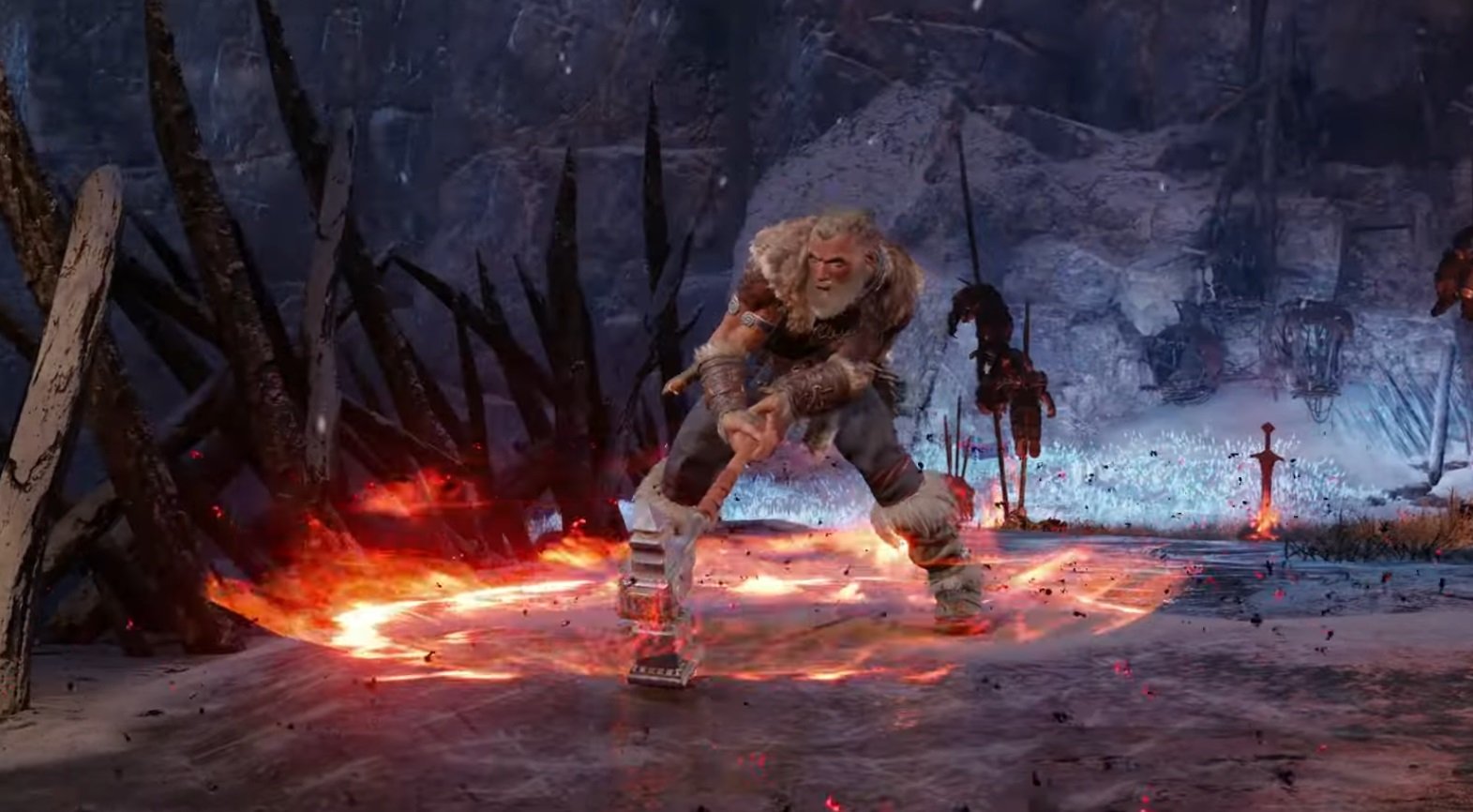 But from the video we can also get a sense of some general move types, that, it stands to reason, the other companions and Drizzt would share. There are Melee Attacks, Ranged Attacks, Area of Effect Attacks, and Multi-Strike Attacks, which are the ‘ultimate’ abilities that do maximum damage.

For Wulfgar we have:

It’s a testament to Wulfgar that most of his “ranged attacks” are just him launching himself or his hammer at his enemies. He doesn’t pull out a bow or anything, which is pretty fitting for the barbarian. Some of his moves hint at his backstory–Elk Stomp is a nod to the fact that he comes from the Elk Tribe, and the Footsteps of Tempus highlights his faith in Faerun’s god of battle, Tempus. 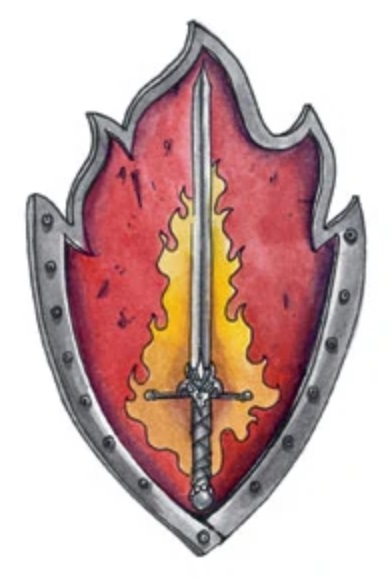 Although, these attacks are only one part of the equation. It looks like the place where you’ll dig deep and master the character is figuring out how best to string these many attacks together for maximum effect. The video gives us a couple of combos: 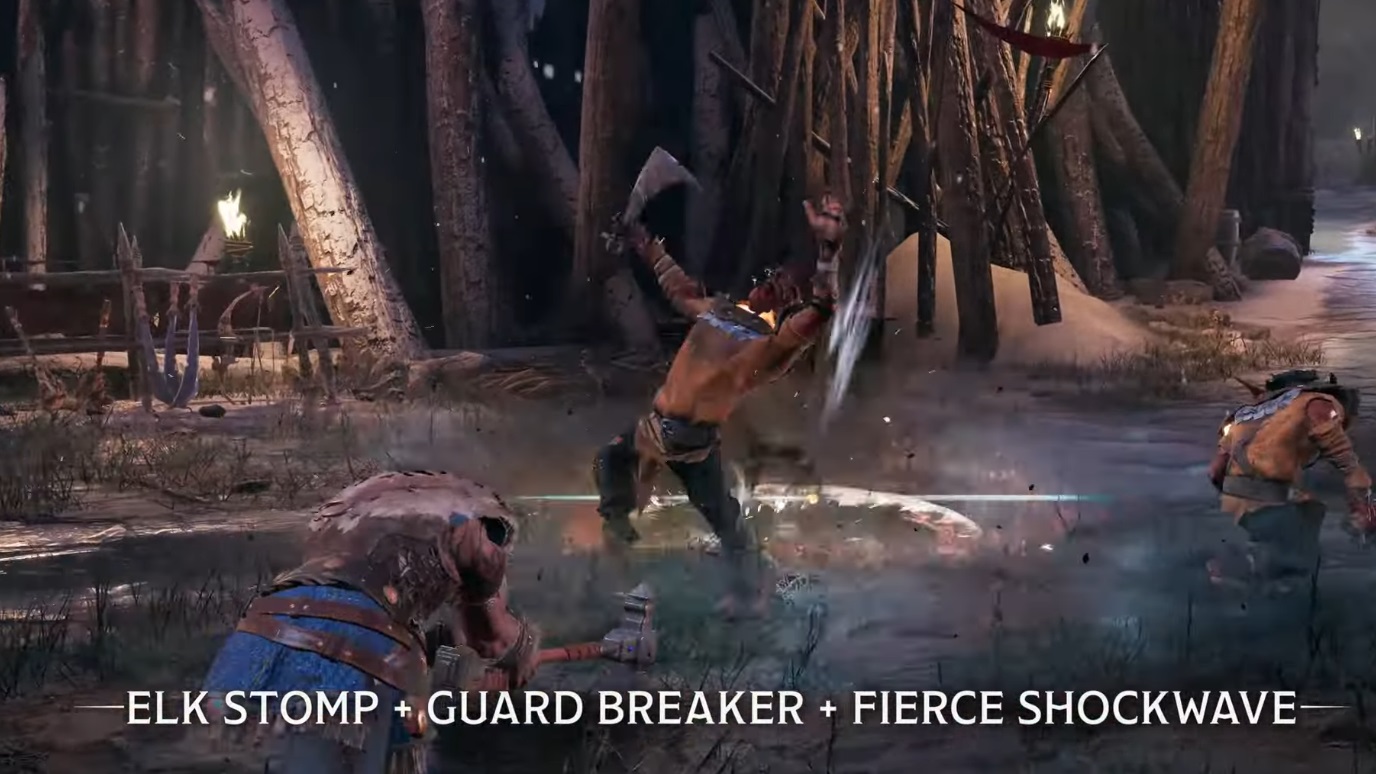 The first is an area clear attack, followed up by a guard break against a single target and leading into Fierce Shockwave, a traveling “ranged attack” that sends a shockwave from a powerful initial hit at distant foes. So if you’re looking to take out a tougher enemy, you might be able to take them down while clearing away foes with your Stomp. 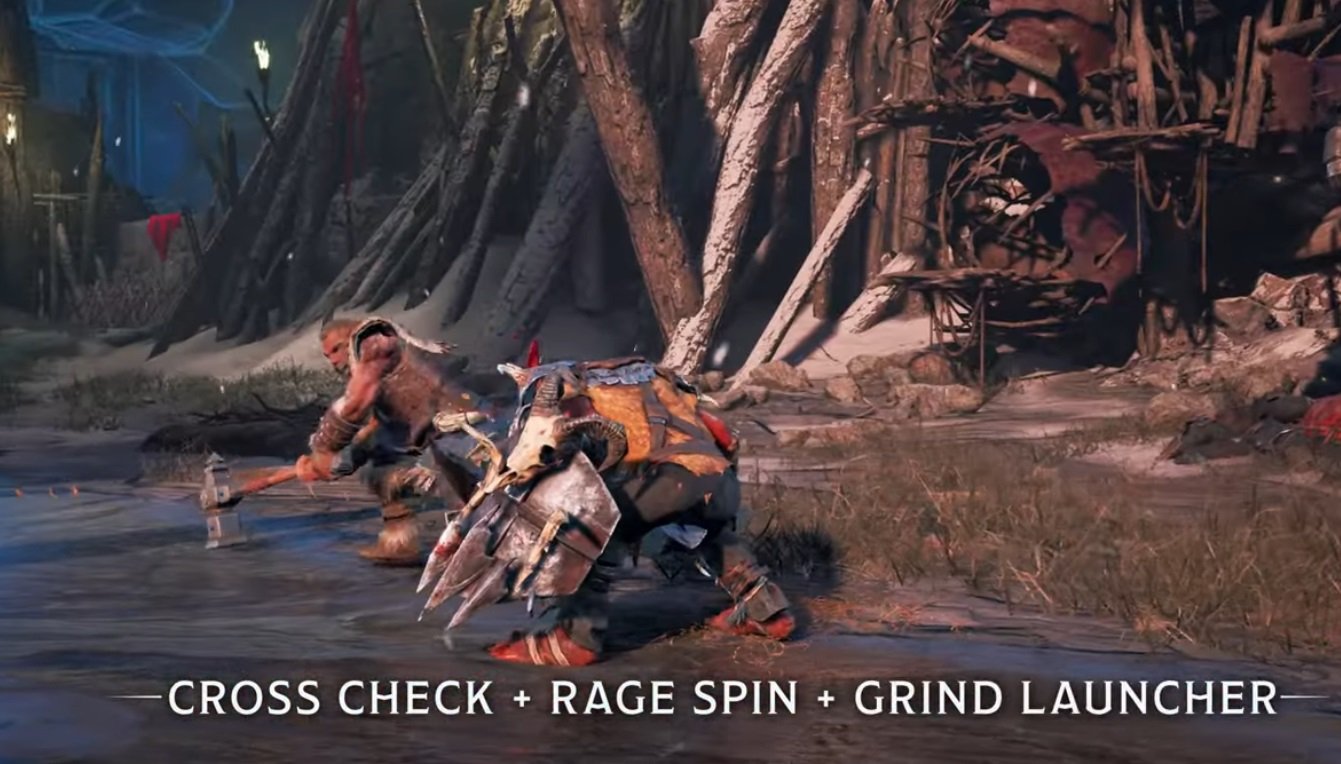 The other one lets you focus on a single target a little more, with cross check leading into the rage spin to hammer your main target (and any nearby foes) multiple times before ending up with the launcher to send your foe flying.

All in all, Wulfgar feels big and powerful, but he’s lacking in overall speed–something you’ll want to consider when deciding which of the Companions (or Drizzt) to take into combat against the monsters threatening Icewind Dale.