Games Workshop Rumor Engine: The ‘Eyes’ Have It

More specifically, the EYE, but in any case, it’s a brand new Rumor Engine! Come stare into the abyss with us.

It’s that fun time of the week when Games Workshop shares a new Rumor Engine with us all and we get to take some wild guesses at what it is. Today’s Rumor Engine warrants a look – but be warned…it’s going to look right back at you.

“Every week, we have a minor panic that we’ve lost the keys to the Rumour Engine, but every week, we find them just in time for it to share its mysterious image with us all.” 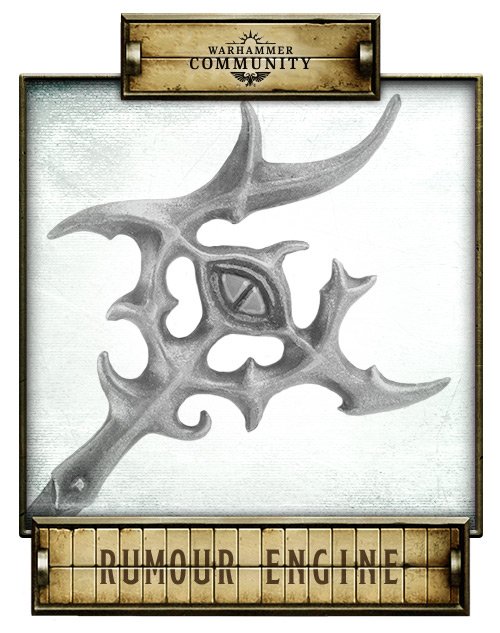 Is it the Eye of Sauron?! Well, no…wrong IP. But there are a few other Eyes floating around in the Warhammer worlds.

Abaddon and Chaos in 40k are big fans of EYEconography. And it’s not the first time we’ve seen something like this: 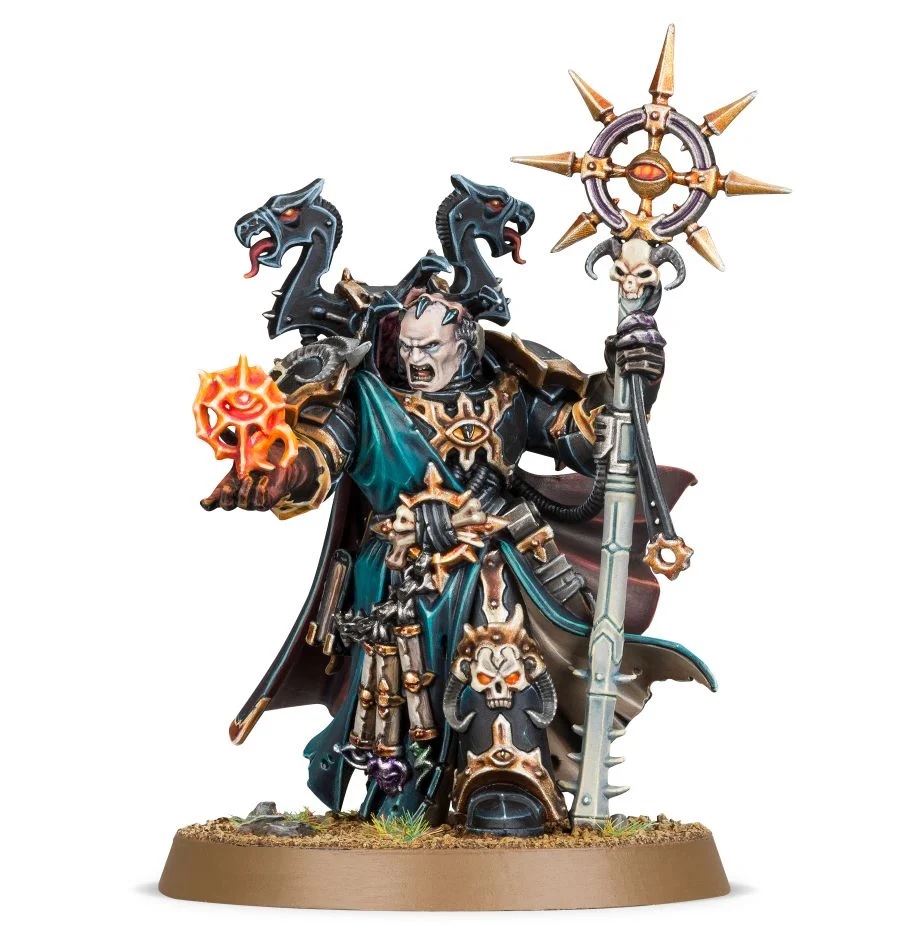 Alternatively, if we wanted to see more examples you can easily find them in the Mortal Realms of AoS, too: 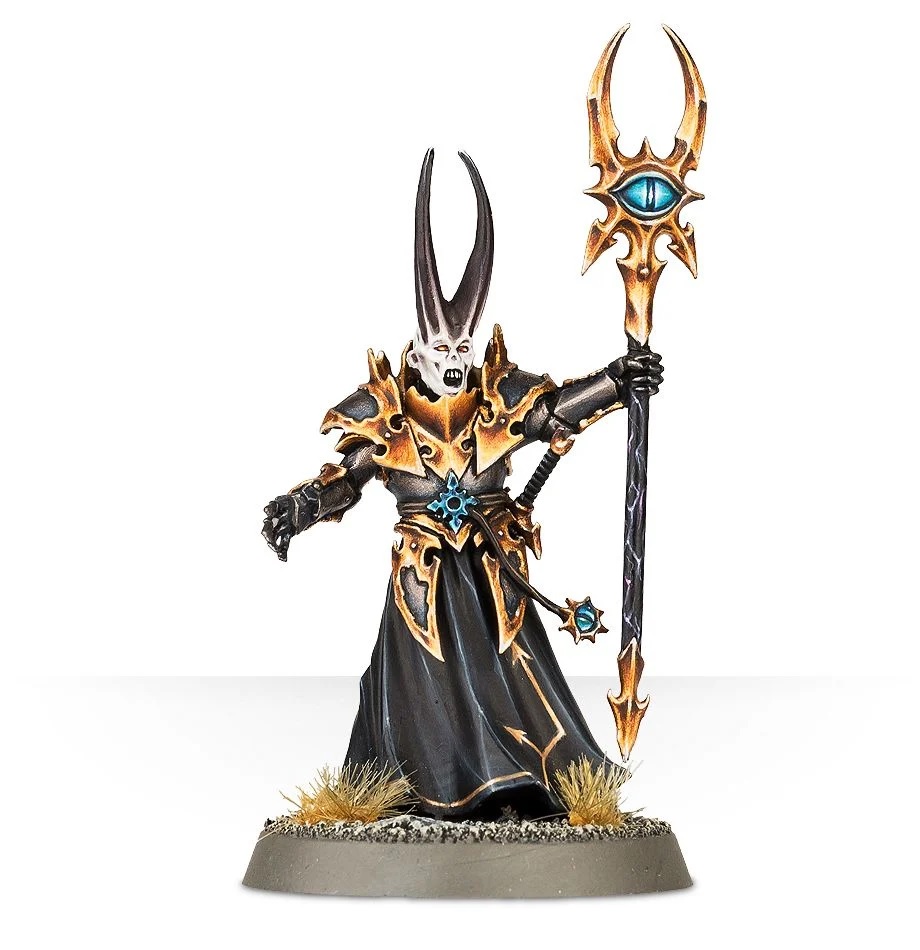 The point is that this Rumor Engine sure looks like it’s going to be a wizard of some type and they are probably going to be a fan of the dark gods of chaos. The next question is which side of the Warhammer worlds will it fall on. Or maybe it’s both. It could be something Chaos Daemon related – in which case it could be used in either system. 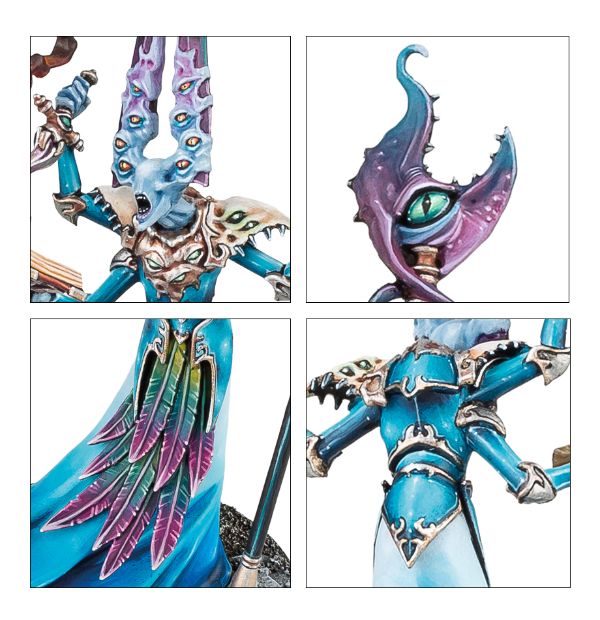 Whatever model this bit belongs to we might be waiting a while to get a reveal. GW likes to play the long game and has some of these Rumor Engines go for over a year without being revealed. So in the mean time let’s just make some guesses and wait for the next one.

Alright internet, it’s your turn. Time to play the guessing game and let us know what you think this Rumor Engine is in the comments!

Author: Adam Harrison
Writer, Editor, Texas Native, and Austinite for 15+ years, Adam covers all things Tabletop Gaming. Which includes Warhammer 40,000, Age of Sigmar, D&D, Board Games and everything else that involves dice, boards, cards and a table. A hobbyist, player, and collector of miniatures and games, Adam's current obsession are his Death Armies for Age of Sigmar, his Blood Angels and Tyranids for 40k, and his ever growing Arkham Horror: The Card Game Collection.
Advertisement
Age of Sigmar Games Workshop Miniatures Rumor Engine Warhammer 40k
Advertisement 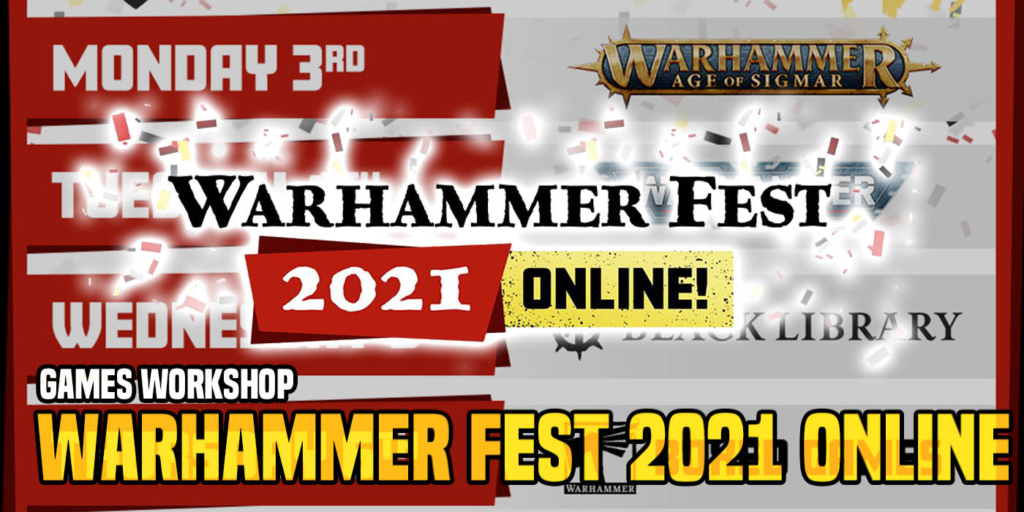