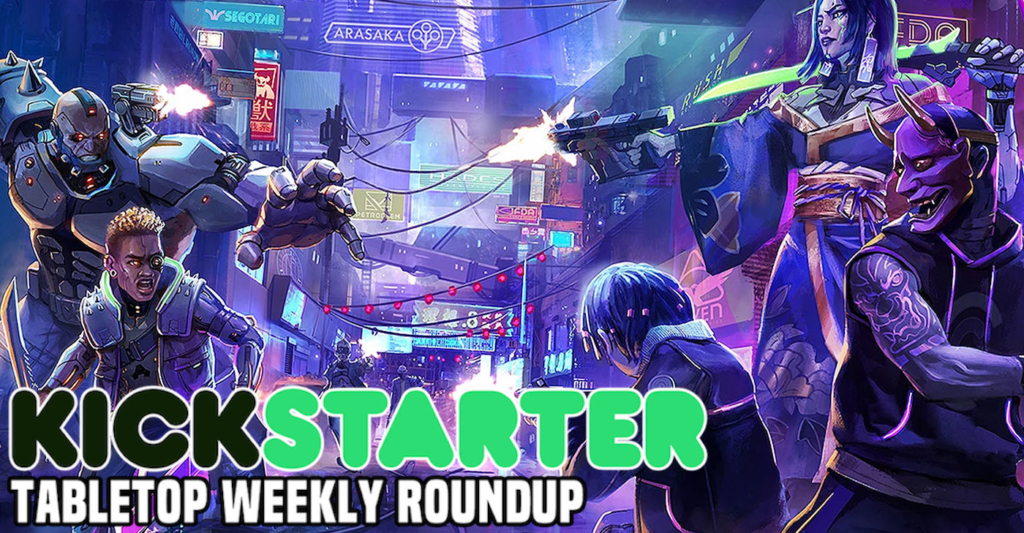 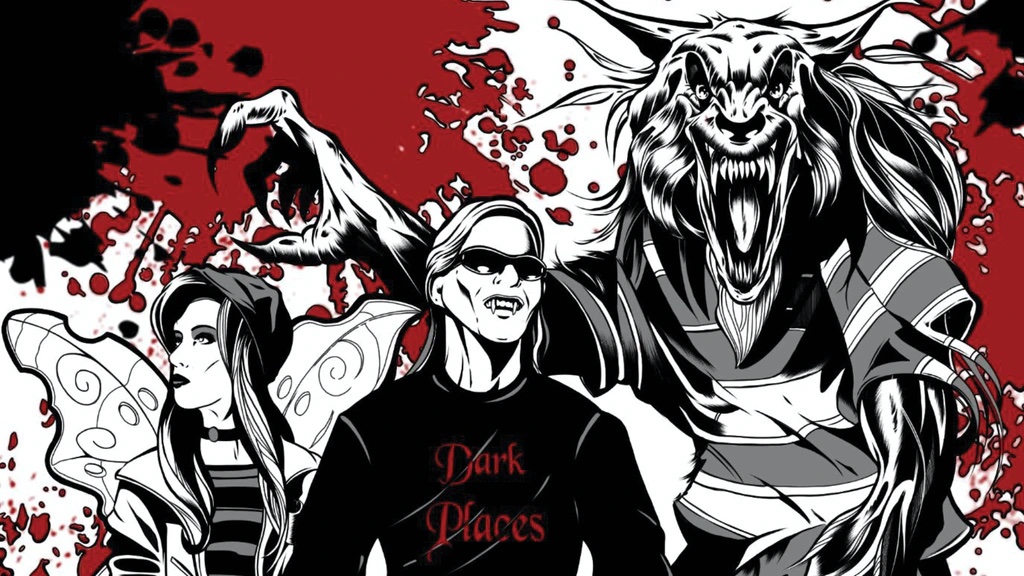 A spiritual sequel to Bloat Game’s 1980s-based RPG, DARK PLACES & DEMOGORGONS, WE DIE YOUNG is set in Seattle in the 1990s during the grunge and alternative music counter-culture movements.  Seattle became the epicenter of popular culture and began attracting musicians, artists, and supernatural creatures from all over.  This game is heavily inspired by the music of Nirvana, Alice In Chains, Soundgarden, Pearl Jam, and many more.

In WE DIE YOUNG, you play as 20-something humans, Vampires, Werebeasts, Mummies, Fey and Fairies, and multiple other types of supernatural creatures and character classes.  Each creature and character class has its unique history and abilities. Created by Eric Bloat & Josh Palmer, WE DIE YOUNG is a standalone roleplaying game and does not require any additional gaming material to play.

Pledges start at $24 for a print copy plus PDF. 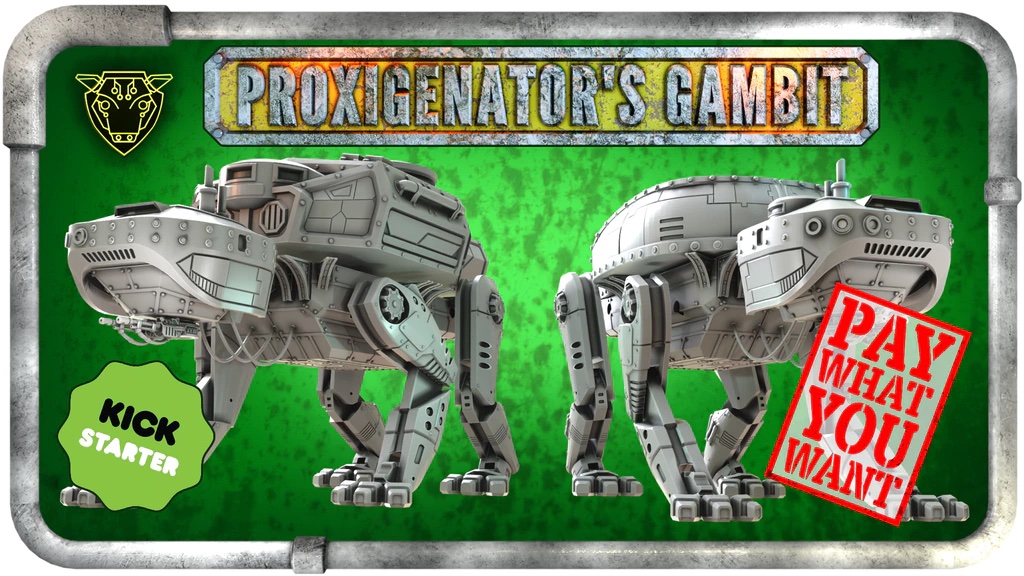 The Proxigenator has risen from masses and used his mechanical skills to begin producing great titanic machines, some for betterment, most for destructive purposes. The aim of this rogue element… TO WIN. No longer will the Proxigenator be lost to the histories, now is the time and his new pack of War-frogs is the key to the gates.

Designed for 28mm gaming it can be scaled up or down as required to meet your scale of gaming and you can find a scale calculator on our website to help you with this. The model is suitable for printing on FDM or Resin printers and is almost entirely support-free, when printing in FDM ( there are a few small supports needed for some of the ball and socket joints, for the legs).

Pledges start at $2 for the file – pay what you want. 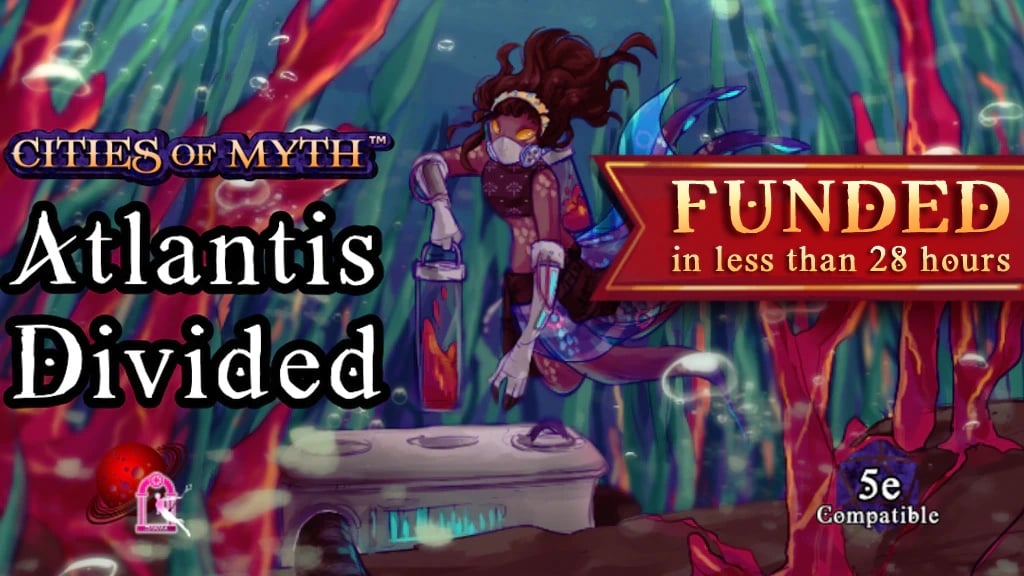 Cities of Myth is a 5e compatible system that immerses players in the ancient myths and cultures they love while updating them with 21st-century representation and renewed narrative. Atlantis Divided is the second volume, following a successful launch of Volume 1: Fallen Camelot. 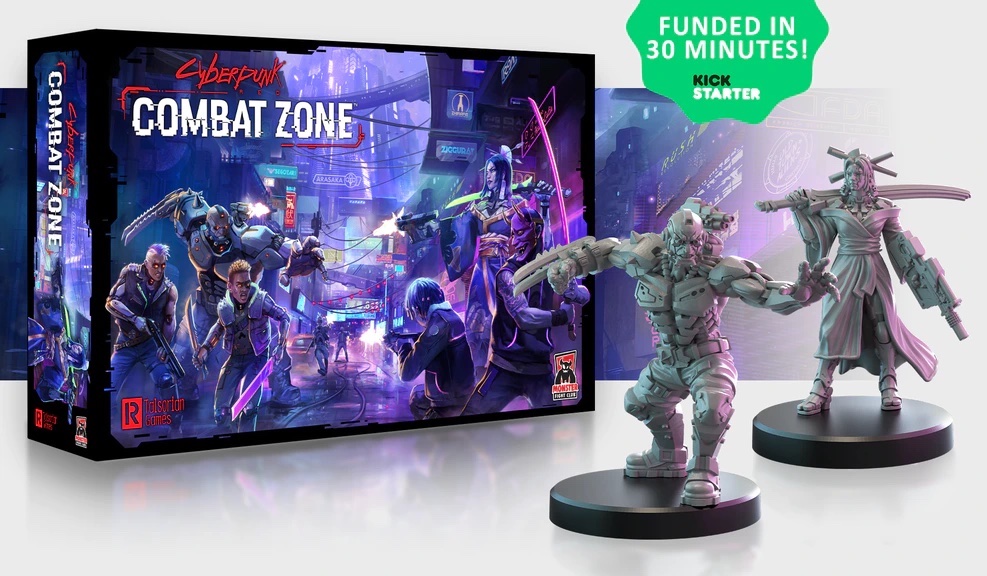 Become the leader of a gang torn from the pages of the Cyberpunk Red RPG and fight fever-pitched battles or sweeping campaigns. Equip your gang, hire your mercs, and build your street cred to dominate the hellish rubble of the Combat Zone and emerge as the new master of the streets.

The Cyberpunk Red: Combat Zone Core Game is the perfect entry point into playing battles across the urban sprawl of Night City. The Core Game includes everything you need to jump into the action: complete rules, over a hundred game cards, two full gangs, plus enough scenery to create a Night City battlescape. Cyberpunk Red: Combat Zone is the first game to feature the new [RE]action system: an easy-to-learn set of skirmish rules with fast-paced, high-stakes tabletop action.

Pledges start at $120 for the core game and stretch goals. 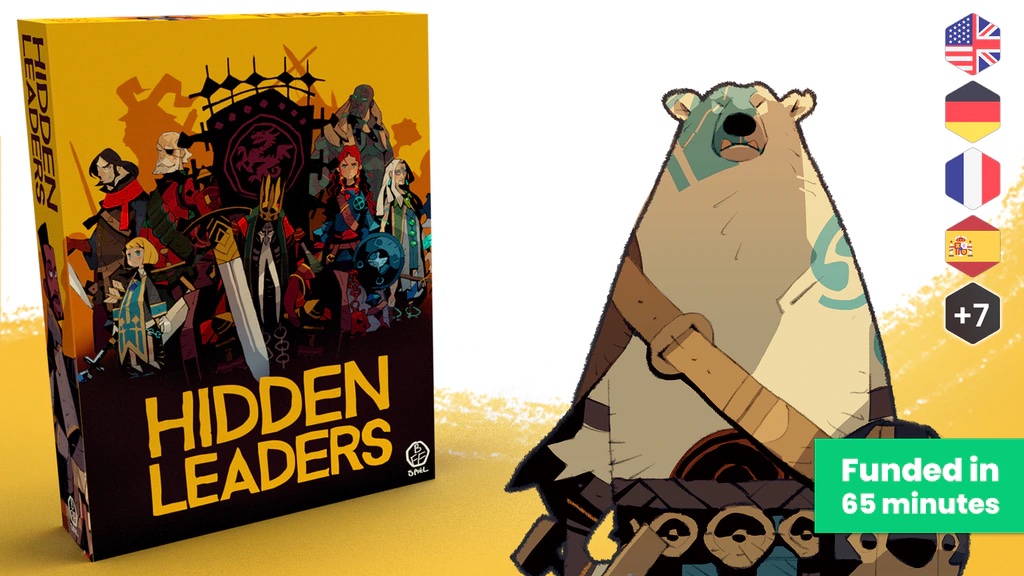 The island of Oshra is in turmoil. Following the death of the Emperor, the conflict between the Hill Tribes and the Imperial Army escalated. While the Water People try to maintain balance between the old rivals, the Undead aim to escalate the war. All hope rests on the six children of the Emperor: Who of them will claim the throne?

In Hidden Leaders, you take the role of one of six secret leaders, each of them is allied with two of the four factions/colors. By playing heroes into your tableau, either openly or secretly, you influence the outcome of the conflict. 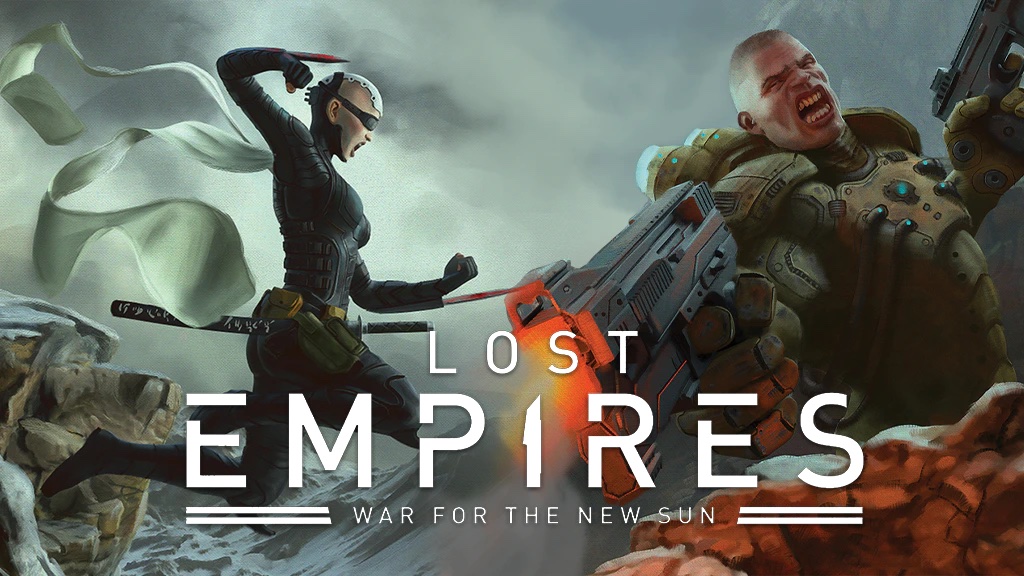 Earth is in disarray. Torn apart by war and its people oppressed by large corporations, the disparity between rich and poor is the greatest in human history. Dust storms decimate crops and massive areas of the earth are made inhospitable by nuclear fallout. War and oppression have led to alliances throughout the globe and after many years, four prominent powers rose: The Scion Imperium, Terra Corp, the Neo Human Republic, and the Feng.

Lost Empires: War for the New Sun is a fast-paced card game that rewards patience and precise strategy with powerful opportunities to initiate an attack. With the unique command system and varying actions, every decision the player makes is crucial in controlling the objectives in efforts to reap the most alien artifacts to build your wormgate and crush your enemies faction.

Pledges start at $19 for the base game.

D&D Accessories: Spring Has Sprung With These Druid Dice 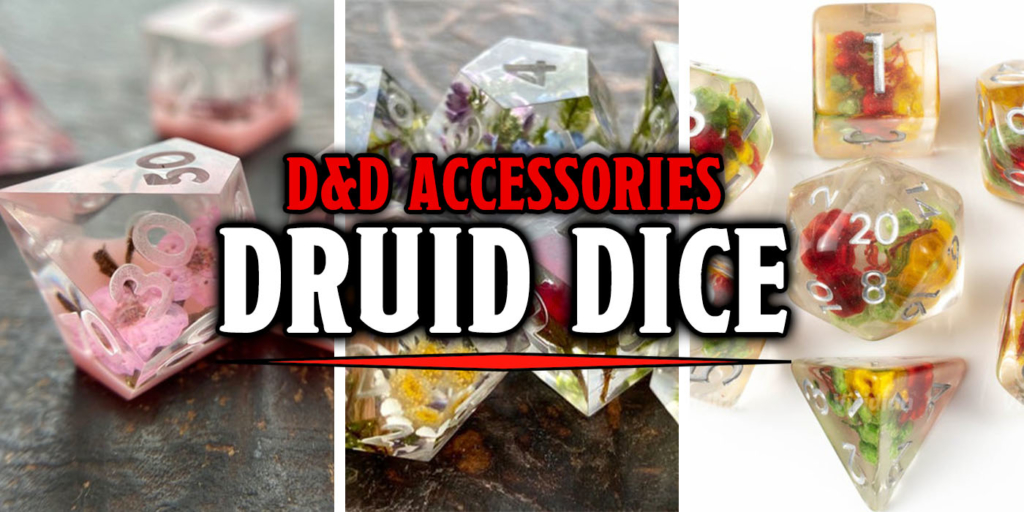