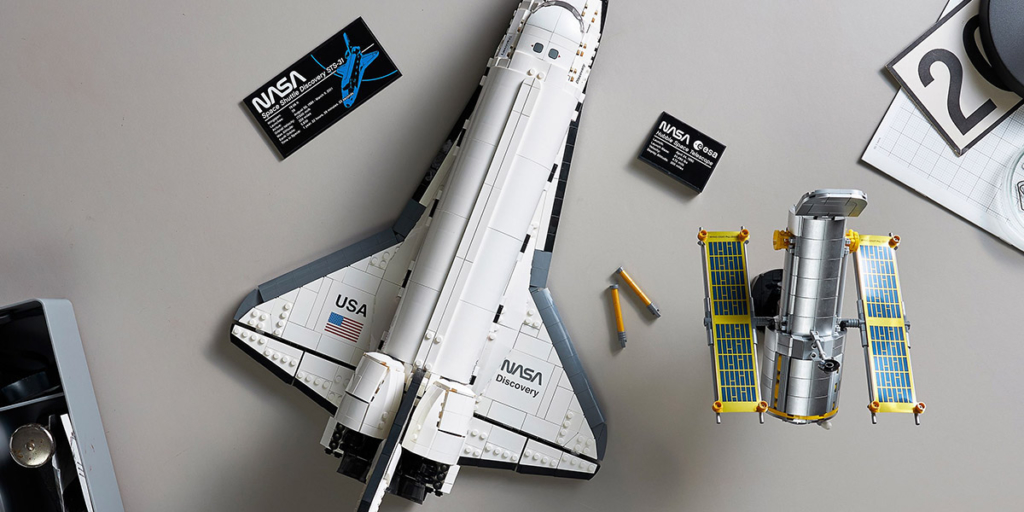 Commemorate the 21st anniversary of the Hubble Telescope launch with this brick-built Space Shuttle Discovery.

This kit lets you build the Space Shuttle Discovery and the Hubble Space Telescope. The shuttle 5,380 orbit and covered 149 million miles over its multiple missions, which included helping build the ISS and NASA’s STS-31 mission in 1990 that launched the Hubble Telescope. The telescope has been an invaluable tool, collecting images of over 5,000 galaxies some of which are billions of light-years away.

The kit has some great features. Along with the functional cargo bay that holds the telescope the shuttle has movable landing gear, elevons, and a robotic arm. The cockpit opens to reveal flight and mid-decks with seats for crew members. The telescope comes with adjustable solar panels and an aperture door for its giant lens. Display your finished creation with one of several display stands included that allow for individual display or paired.

This kit is currently available – grab yours today and start building! 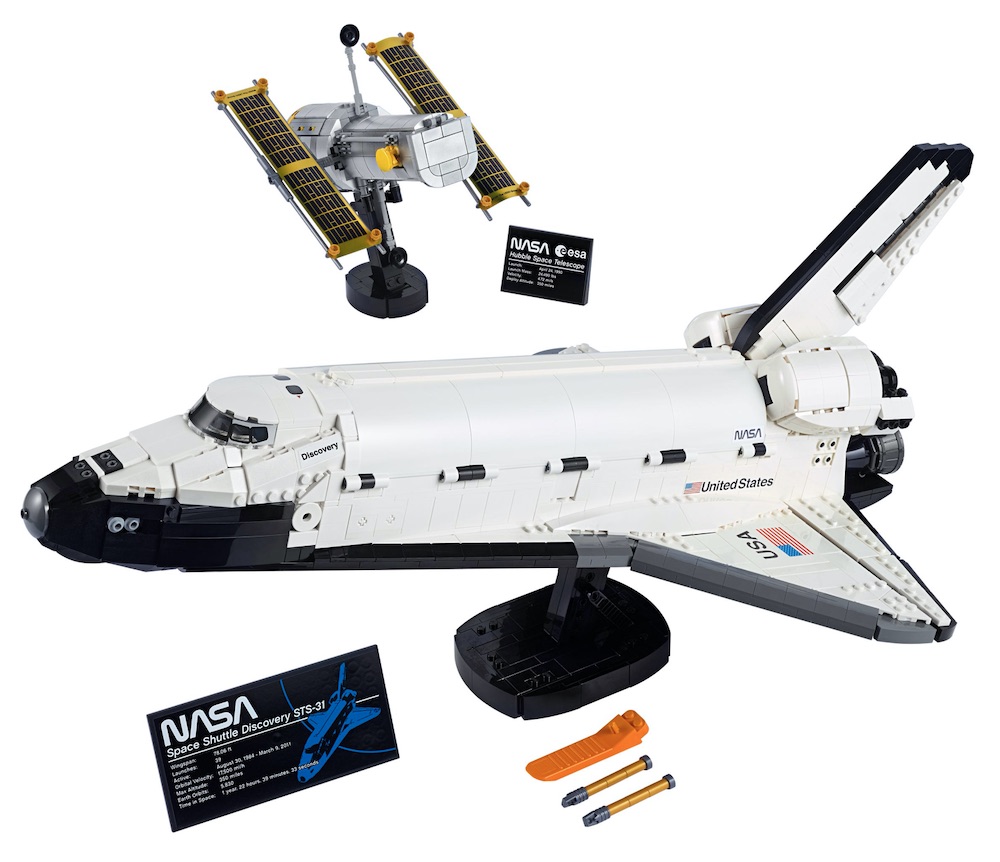 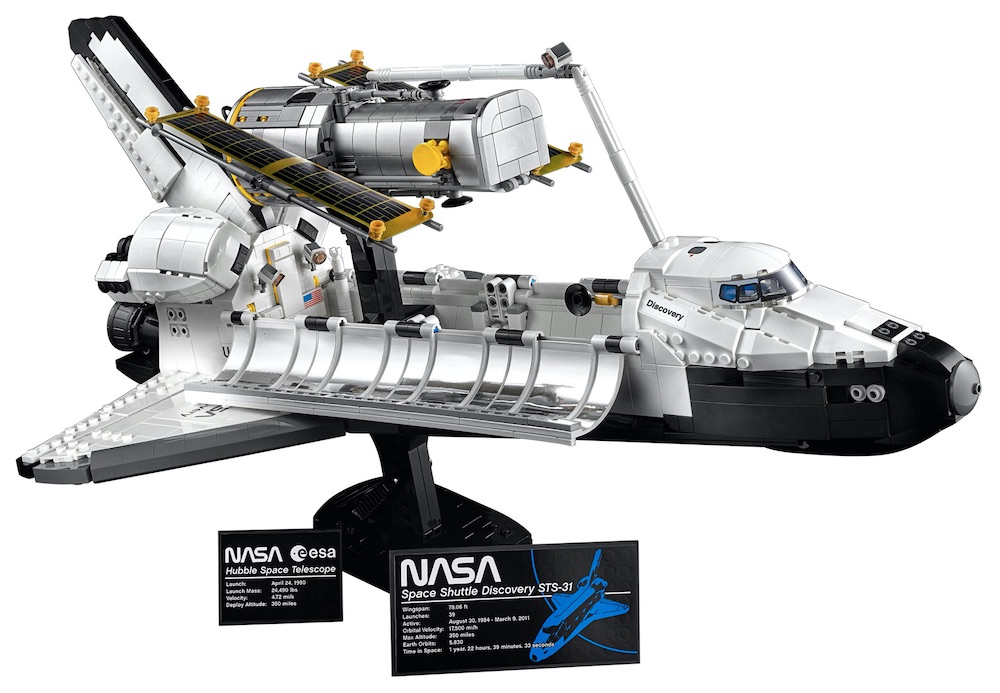 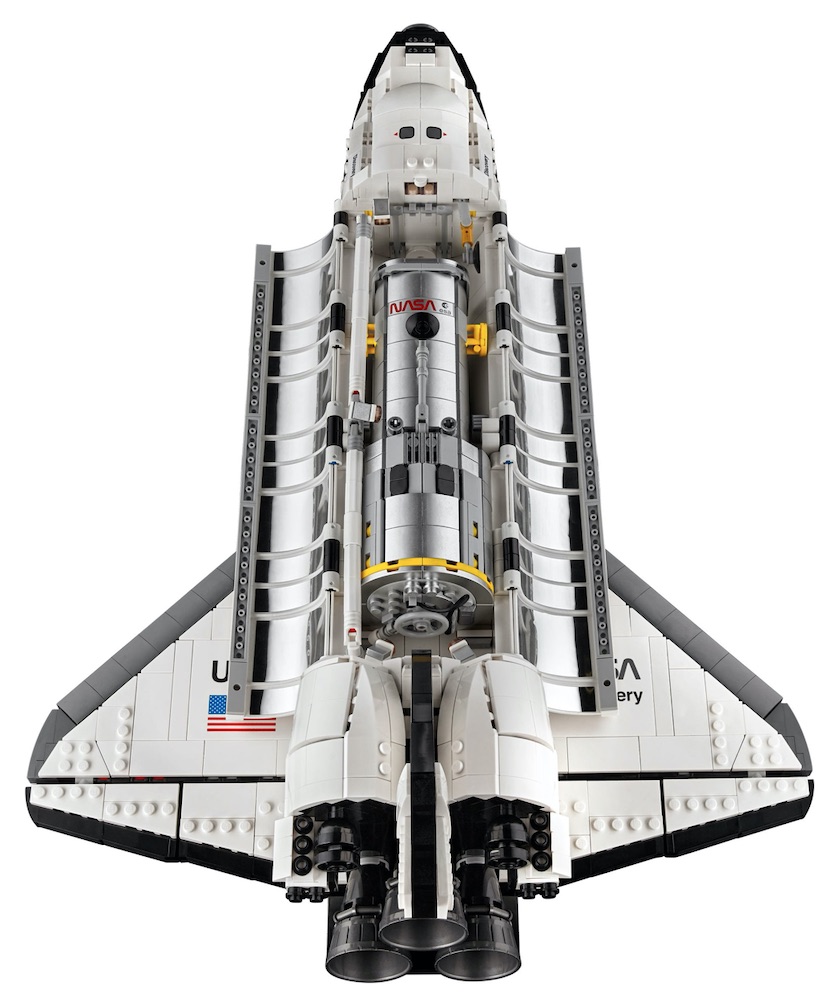 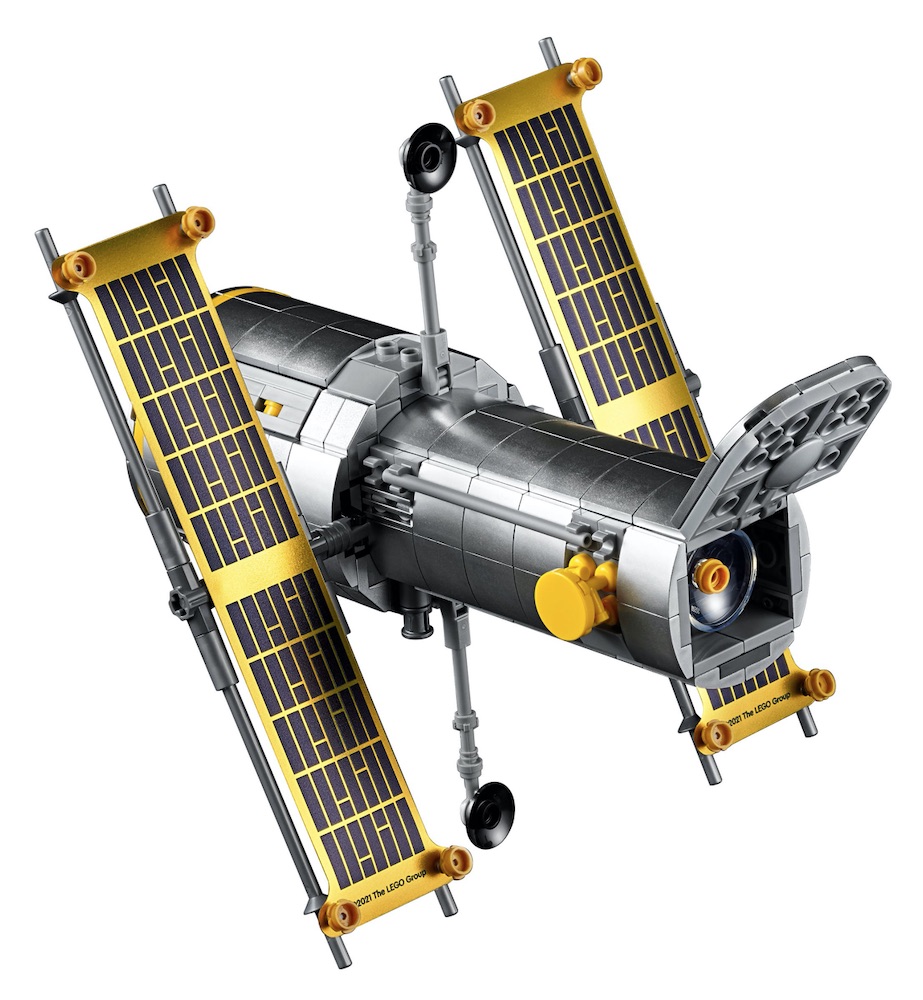 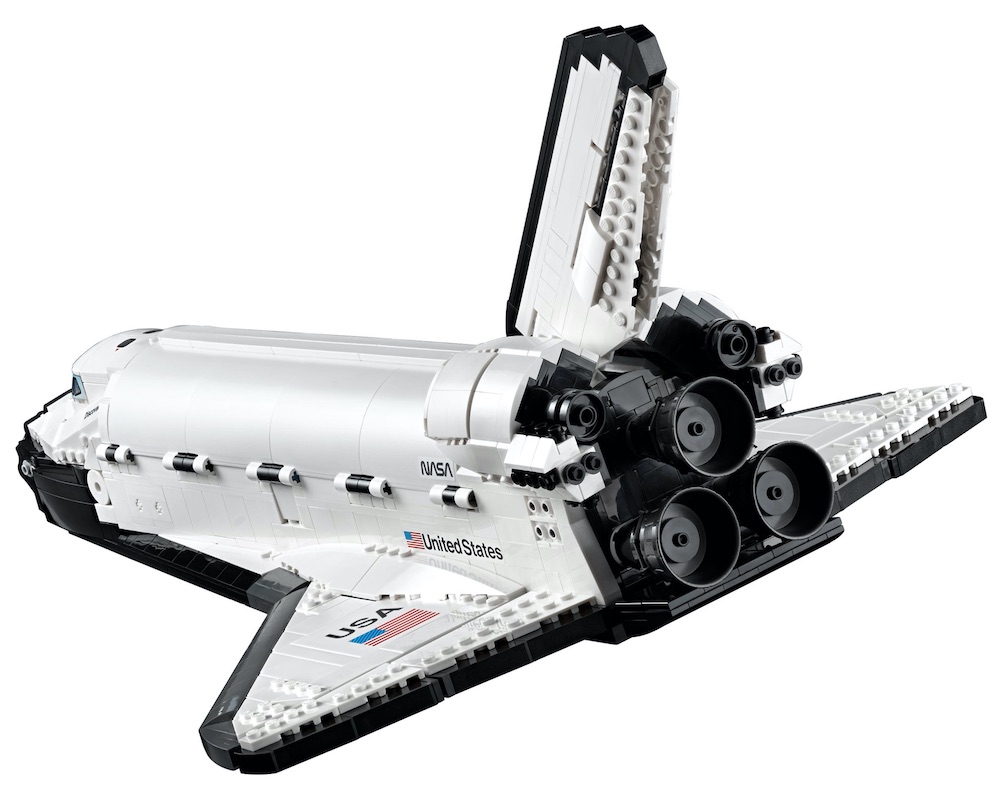 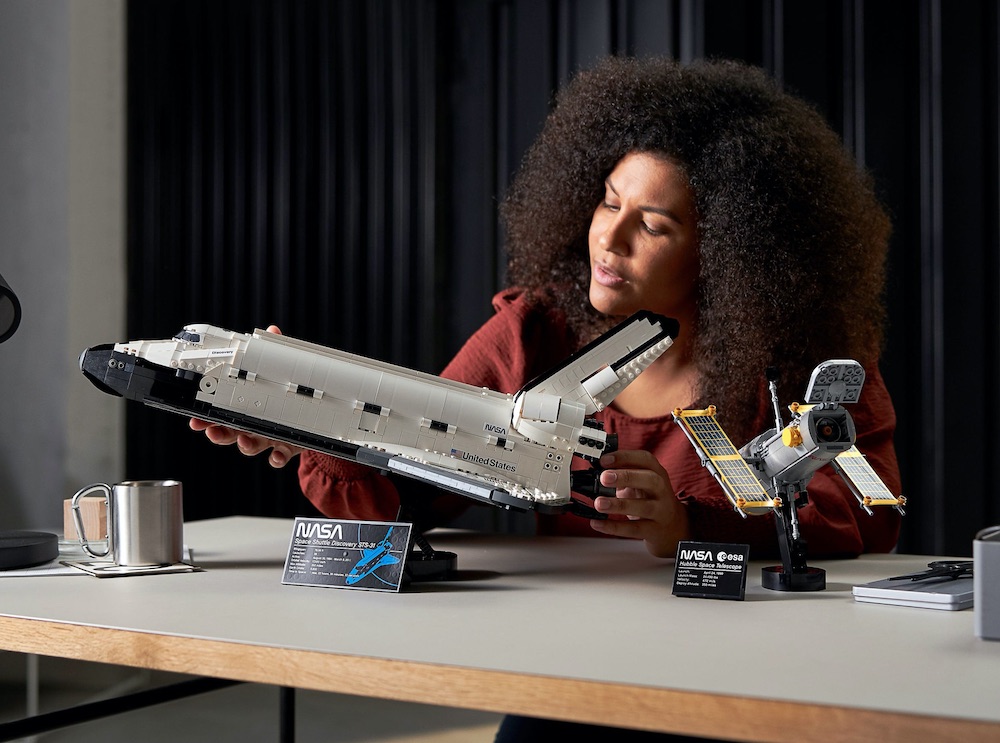 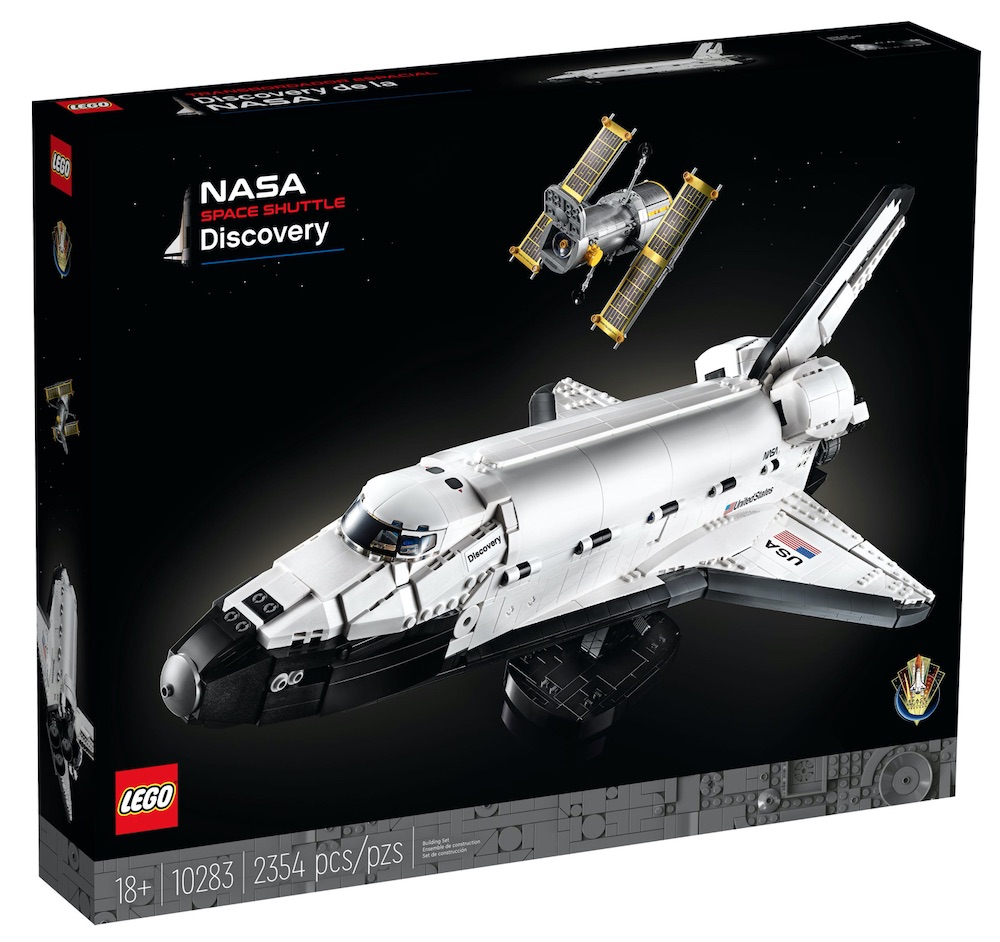 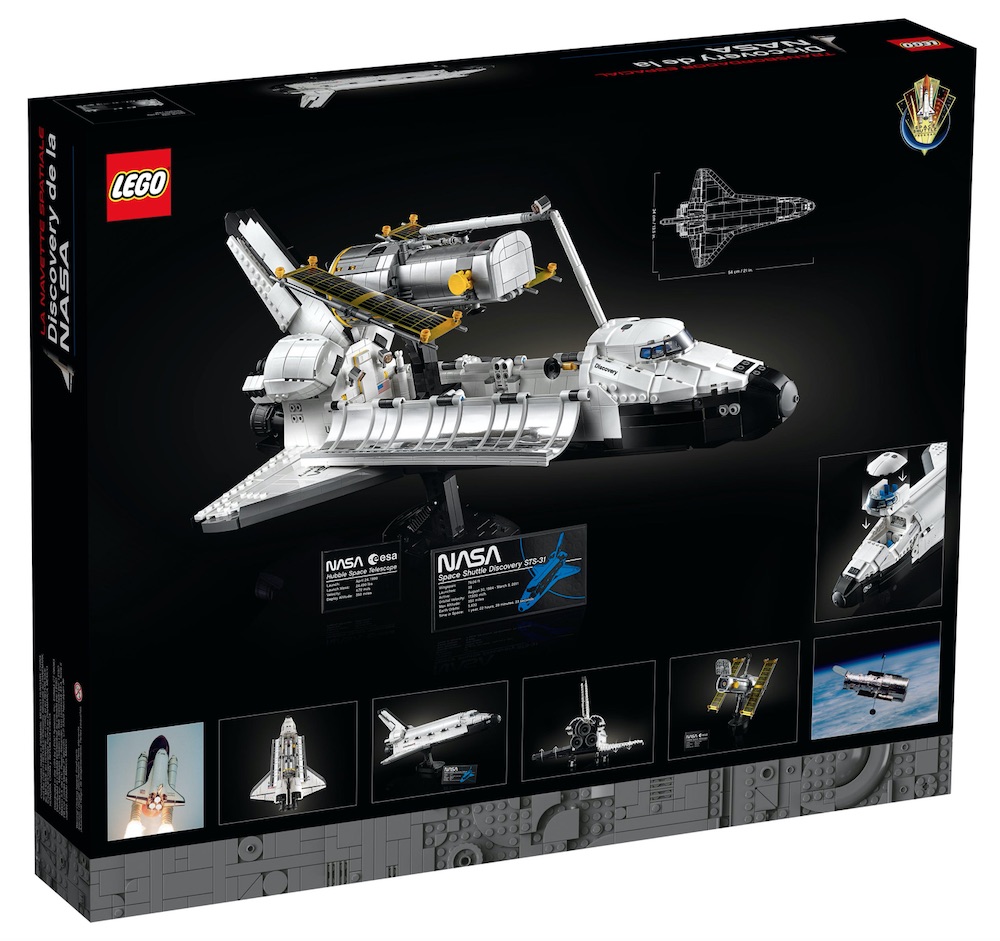 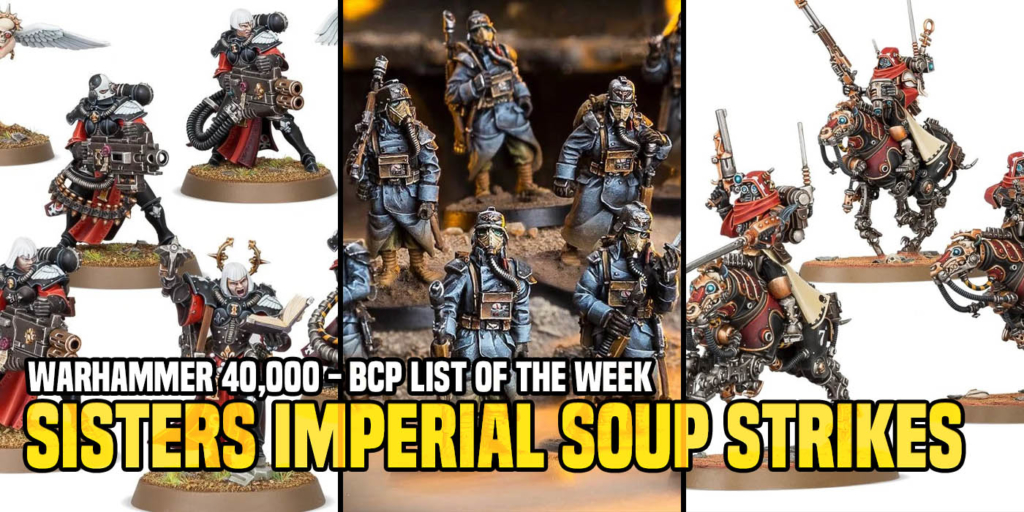