Star Wars – A New Hope: The History of Hype From a Galaxy Far, Far Away 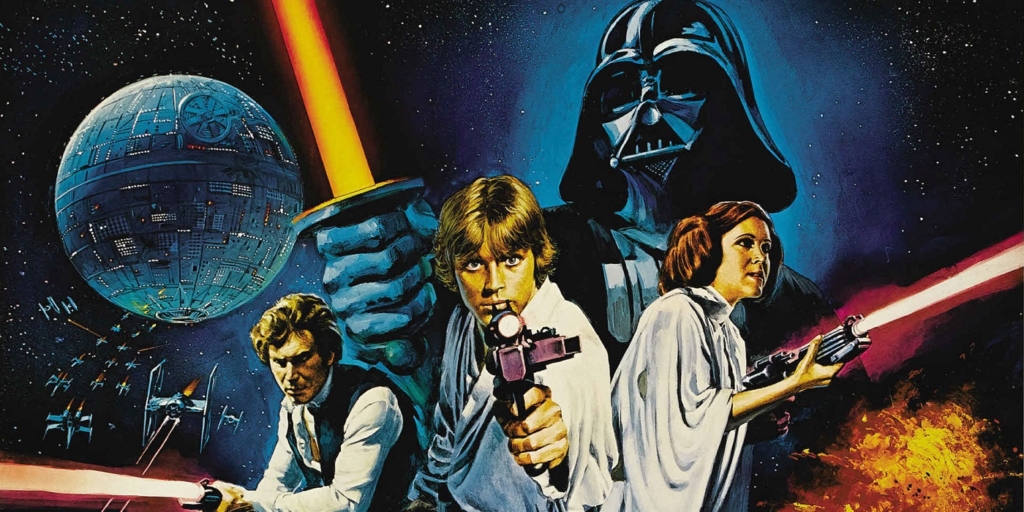 In May 1977 Star Wars opened on a Wednesday in just 32 theaters amid fears of commercial failure only to become the multi-media behemoth it is today.

These days Star Wars is a massive media behemoth spanning just about every conceivable form of consumable media and raking in immense earnings, even for movies the entire fandom can agree were underwhelming. But at one point this titan was brand new and relatively unknown. But what sort of marketing helped bring it from Star Wars: a 1977 film which opened in just 32 theaters on a Wednesday to Star Wars: the reason we’re all staying subscribed to Disney+?

We all know one or two people who have proudly never seen any Star Wars films, but even they are familiar with the original posters. 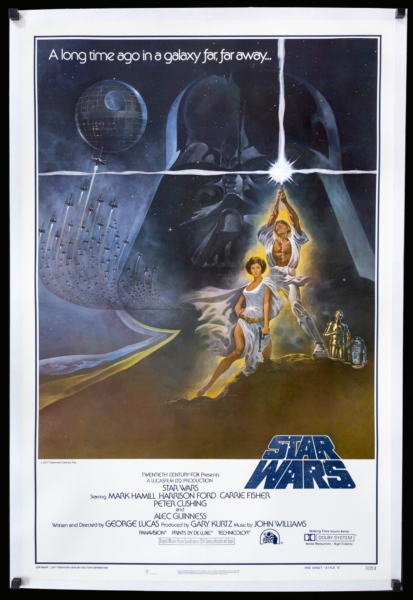 This one was framed in the movie theater I frequented as a child until the theater closed down.

They’re iconic, they have great flow, and they feature most of the main characters. Where’s Han and Chewie? Somewhere else probably, but even without them this poster has always captured that exact aesthetic of “the classic fantasy hero’s journey but in space.” 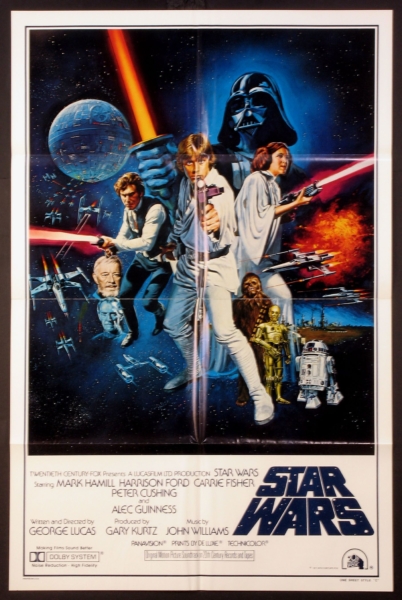 Oh there you are, Han.

This one rounds the message back out a little with a more futuristic look and lasers. These posters are exciting. Even as a kid who had grown up with these movies the promotional posters always captured my attention. But it’s not all about the artwork, trailer and commercials are still key in getting viewer butts into theaters seats.

That voice over narration is delightfully 70’s. And did all movie trailers used to tell audience members what the movie they were about to watch was about?

By the time Star Wars was released in May 1977 20th Century Fox was sure it would fail when put up against the other Memorial Day Weekend releases such as Smokey and the Bandit, but despite a paltry 32 theater large release on a Wednesday, Star Wars went on to be one of the most financially successful films to date earning $2,556,418 in its first six days and remaining one of the most watched movies in theaters for weeks and weeks to come.

Robert Ebert compared the visual effects in Star Wars to 2001: A Space Odyssey and talked about the strength of its narrative.

“The movie relies on the strength of pure narrative, in the most basic storytelling form known to man, the Journey. All of the best tales we remember from our childhoods had to do with heroes setting out to travel down roads filled with danger, and hoping to find treasure or heroism at the journey’s end. In “Star Wars,” George Lucas takes this simple and powerful framework into outer space, and that is an inspired thing to do, because we no longer have maps on Earth that warn, “Here there be dragons.” We can’t fall off the edge of the map, as Columbus could, and we can’t hope to find new continents of prehistoric monsters or lost tribes ruled by immortal goddesses. Not on Earth, anyway, but anything is possible in space, and Lucas goes right ahead and shows us very nearly everything. We get involved quickly, because the characters in “Star Wars” are so strongly and simply drawn and have so many small foibles and large, futile hopes for us to identify with. And then Lucas does an interesting thing. As he sends his heroes off to cross the universe and do battle with the Forces of Darth Vader, the evil Empire, and the awesome Death Star, he gives us lots of special effects, yes — ships passing into hyperspace, alien planets, an infinity of stars — but we also get a wealth of strange living creatures, and Lucas correctly guesses that they’ll be more interesting for us than all the intergalactic hardware.” – Robert Ebert 1977

And the rest, as they say, is history. Forty-four years later we’re still coming back to visit The Galaxy and the characters based on the magic and the strength of that narrative.

Do you remember the 1977 Star Wars marketing and success? Were you excited to see it, or did you wait to hear that it was good? If not, which was your first theatrical Star Wars experience, and how excited were you to jump in? Let us know in the comments!