Talisman: Star Wars Edition Is Ready To Take You On A Journey 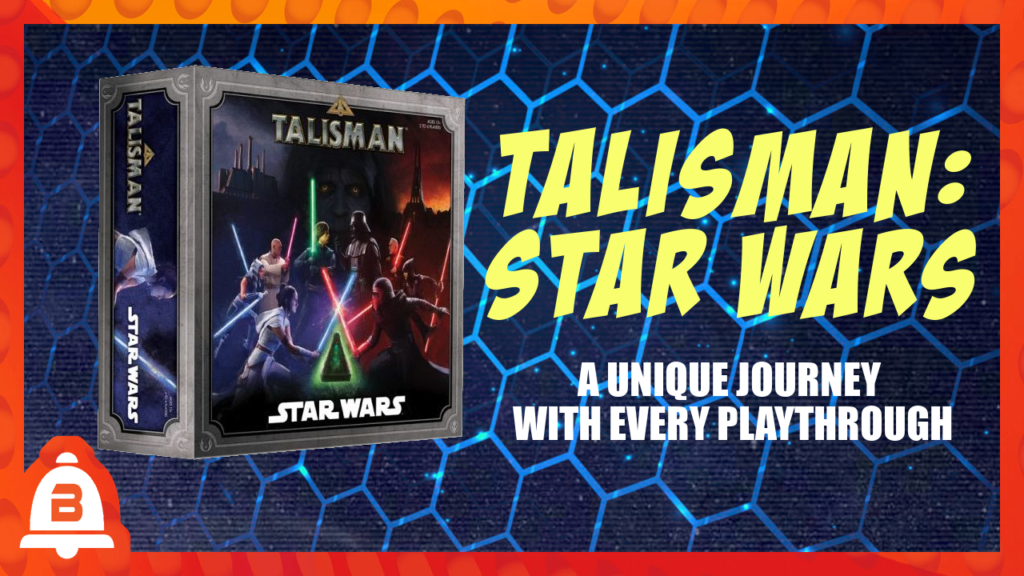 With tons of people, places and things to encounter along the way, Talisman builds a new trek among the stars with every playthrough.

Talisman: Star Wars is a competitive roll-to-move game, but that’s really a massive understatement. Unlike your more classic roll-to-move games like Candyland or The Game of Life, Talisman adds adventure, quests, random encounters, and some roleplay mechanics into the mix.

Talisman: Star Wars is a game that appears simple on the surface. The objective is to reach the center space and defeat The Emperor in a battle of will. But getting to the center of the board is much more than just moving your piece inwards. While moving, players can only move within the ring they are currently on, and each player starts on the outermost ring. Finding a path from each ring to the next ring in takes some effort. 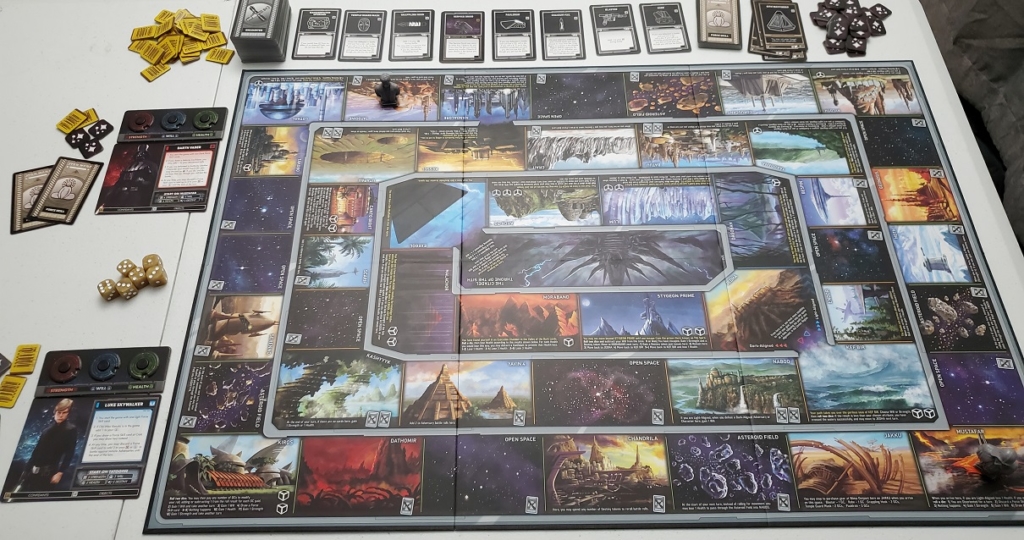 At the start of the game, each player picks a character to play as. Each character has unique abilities and stats, and perhaps most importantly, an alignment. Characters are either Light or Dark aligned and this will determine how they interact with a lot of the game’s elements. For example, randomly encountered people will either be an ally or an enemy, depending on their alignment relative to the player’s character. 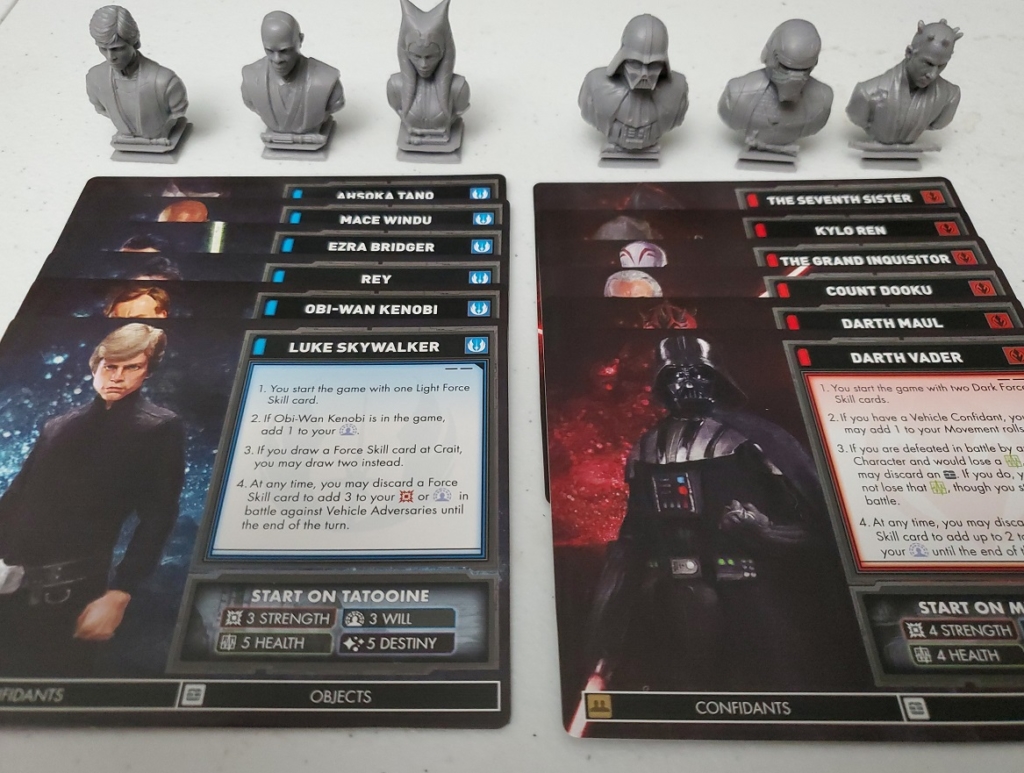 While on the outer ring, players are going to be moving around and having encounters in each space. Either from a random encounter card or from the space itself. If the space shows the Encounter Card symbol, the player draws a card and resolves its effects. These can be a lot of different types of encounter: events, items, enemies, allies, or places. Many of these cards stick around after being drawn, and remain on the board to be revisited later.

However, other spaces have an event on the space itself. Most notably are the Asteroid Field and Mandalore spaces, both of which allow players a path in to the middle ring. 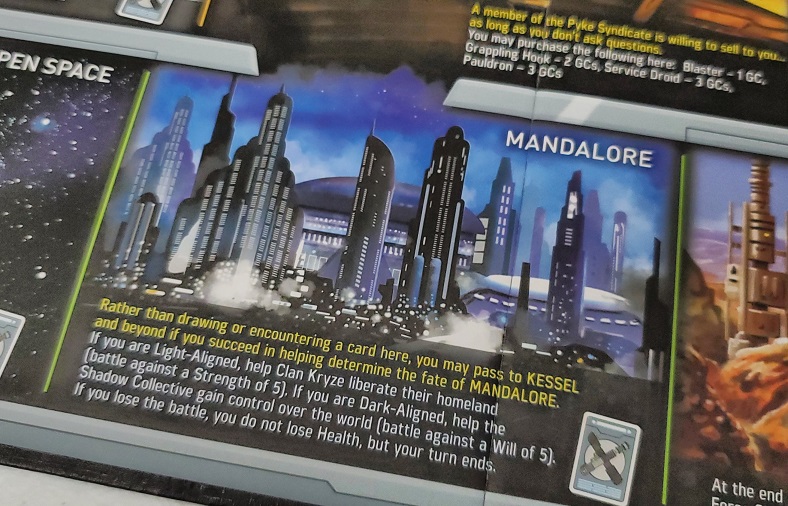 Once in the middle ring, players should try to find their way to Takodana. This is because the path to the inner ring is blocked unless the player has a Sith Wayfinder, which can be acquired on Takodana. There’s also a rare chance at finding on in the Encounter deck, but I wouldn’t count on that being very reliable. In order to collect the With Wayfinder from Maz Kanata, the player will have to do a mini-quest of sorts. The nature of the quest depends on a die roll and the character’s alignment. 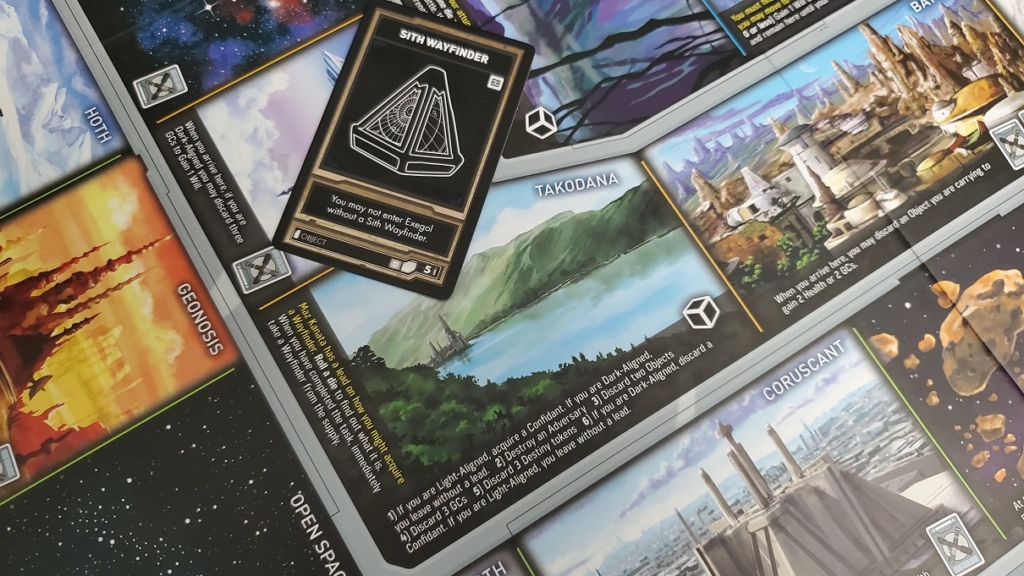 Once at Kef Bir, the player can reach the inner ring. Here players move 1 space at a time in the direction of their alignment. And won’t be able to get past Exegol until they have a Sith Wayfinder to discard. Finally, the player has reached the the seat of The Emperor and can challenge him to a battle of Will. 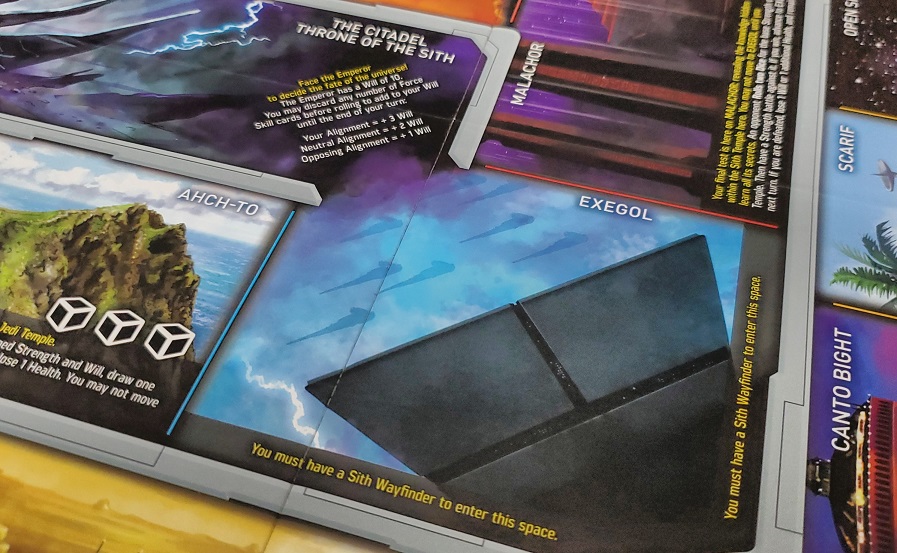 Any combat, either between two player characters, or between a character and an adversary from the Encounter deck, or one of the many other times players will have to enter combat, it is resolved by a die roll, adding either Strength or Will, depending on the combat itself. Additionally, the player will likely have some unique abilities to aid them, as well as potentially some Force Skills to use.

The first player to reach The Emperor and defeat him either overthrows him and brings peace to the galaxy, or proves themselves worthy enough to be the next Sith Lord. Regardless of your point of view, that player wins!

What’s fun about Talisman: Star Wars is the journey it takes you on. The Encounter deck is huge, with over 100 cards. This facilitates the creation of practically a brand new board with each play through, considering so many of the cards stick around after being drawn. On top of that, this isn’t just a game of “reach the end first”. This is a game where you have to meet people, find hidden items, complete quests and more. But even with all of that, it’s still so accessible and easy to get into. 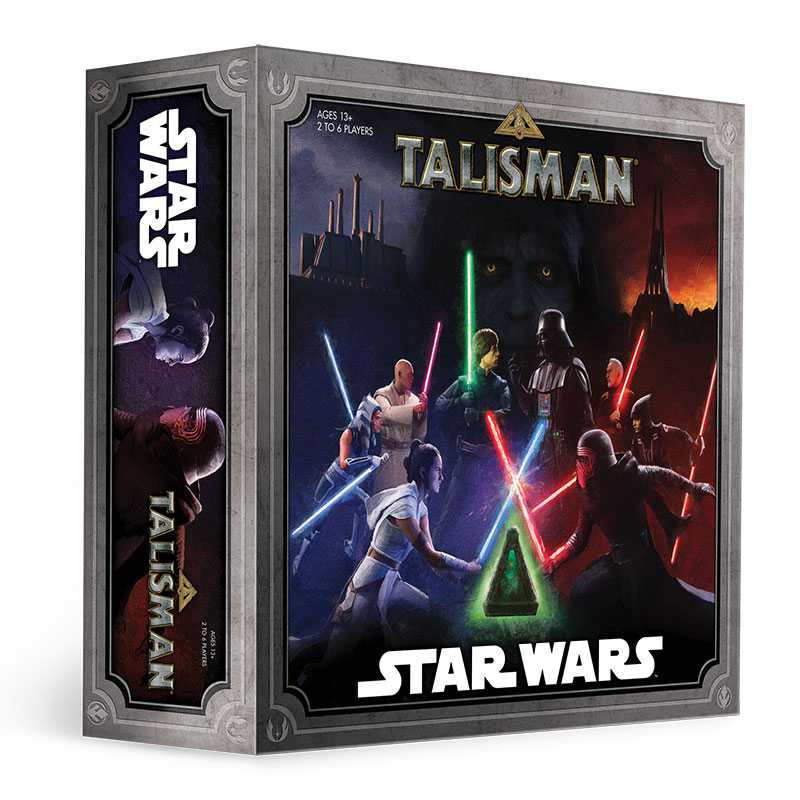 Star Wars Talisman combines the classic roll-and-move adventure platform with the story of a generation allowing players to join the fight as a Jedi or Sith, building their strength and battling against each other to defeat the empire or become the true Sith Apprentice. 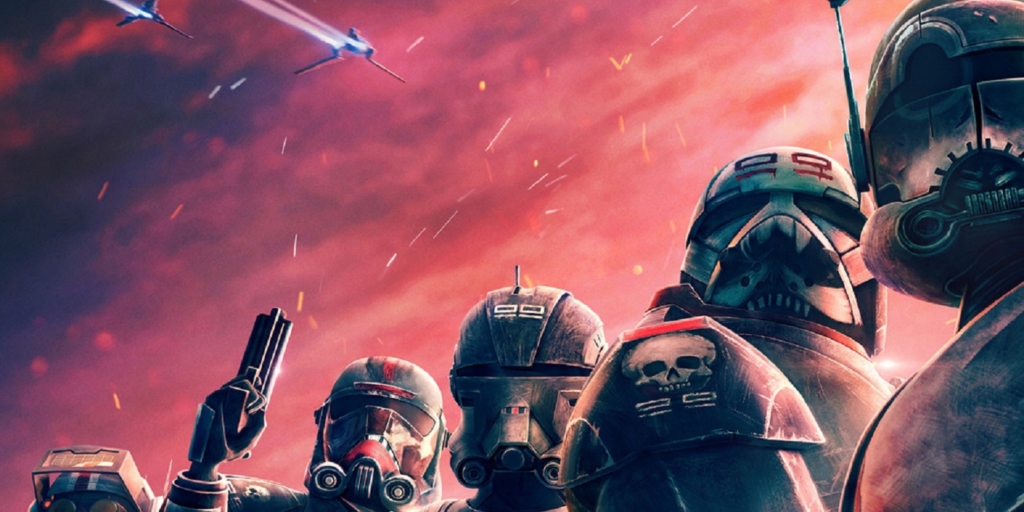