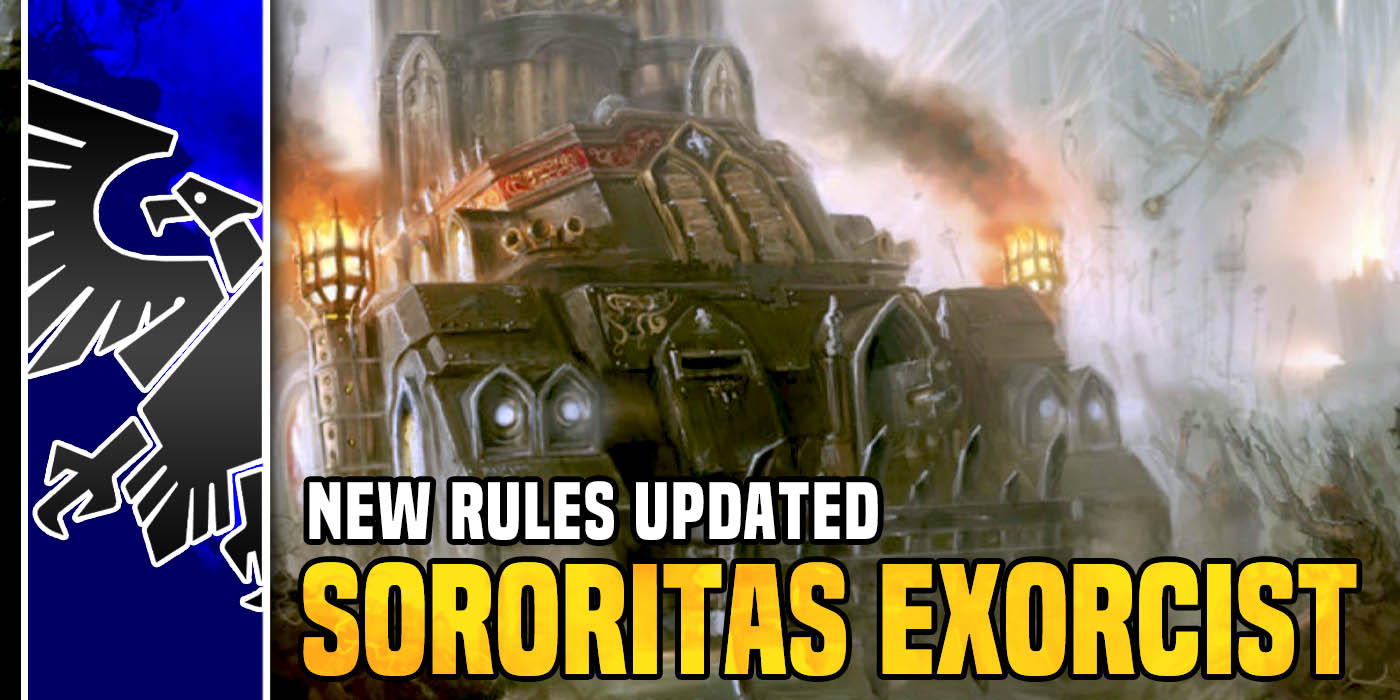 The Sororitas Exorcist is back with an updated set of rules for 9th edition. Take a look.

This image from a miniature assembly guide has been doing the rounds. It appears to be from a new repacked set of Adeptus Sororitas Exorcist.  It is all over Reddit, and various forums. 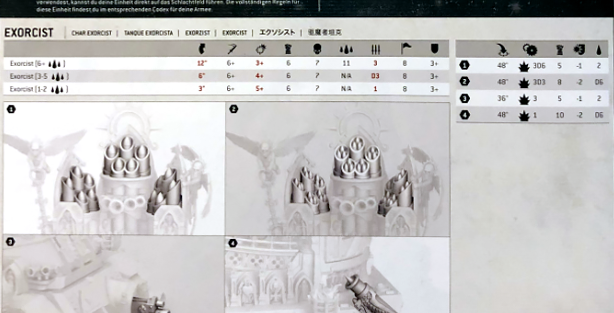 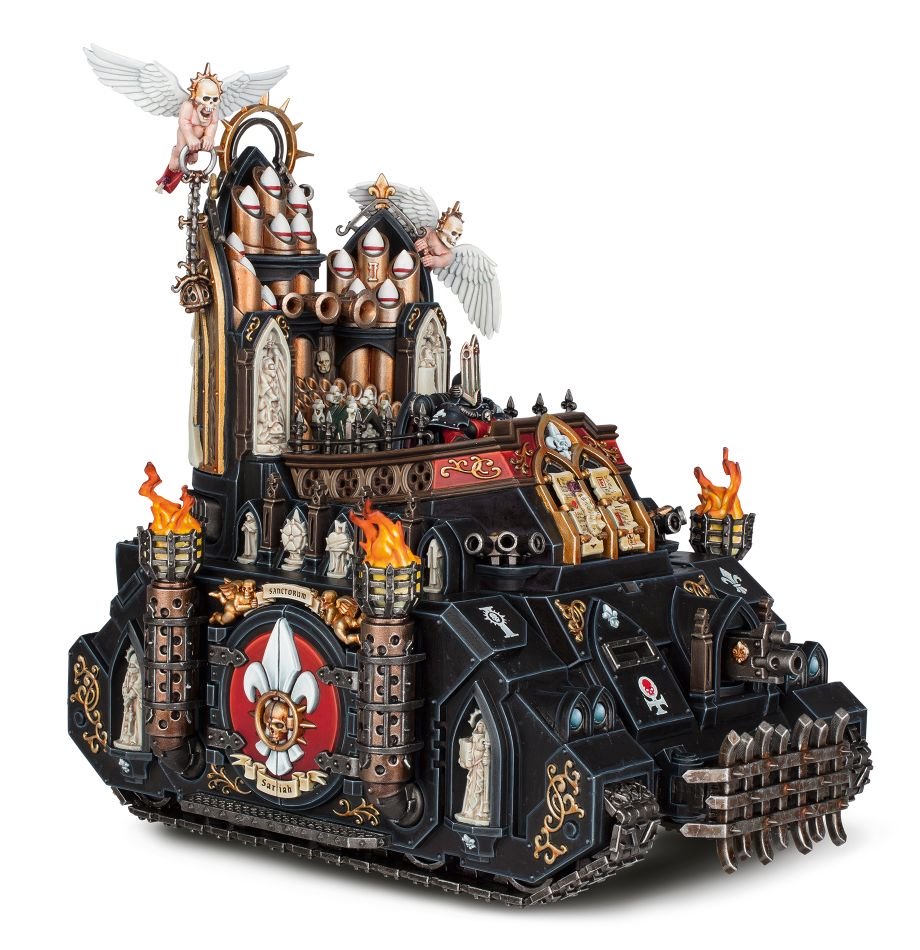 This one is more of a retune. The statlines aren’t so much nerfs, as bringing the Exorcist into line with the new 9th Edition Rhino Chassis stats. Luckily it only loses 1 Wound instead of dropping all the way to 10. That Pipe Organ is pretty beefy after all!

On the weapons side of things, a rebalance. The Conflagration rockets double in damage, while the missile launcher loses a point of AP, in theory bringing overall power of both weapons closer, and making the vehicle have more interesting tactical decisions of which to use.  The Heavy Bolter is the new marine-killing version.

Overall this feels like a 8th to 9th tune up, and I would be surprised to see any big shakeups in the points department. I’m sure a new Sororitas codex is standing in line after Adeptus Mechanicus.  Pray Harder and it might show up a week earlier (or Celestine mighty curse you with only rolling 1s for blasphemy) 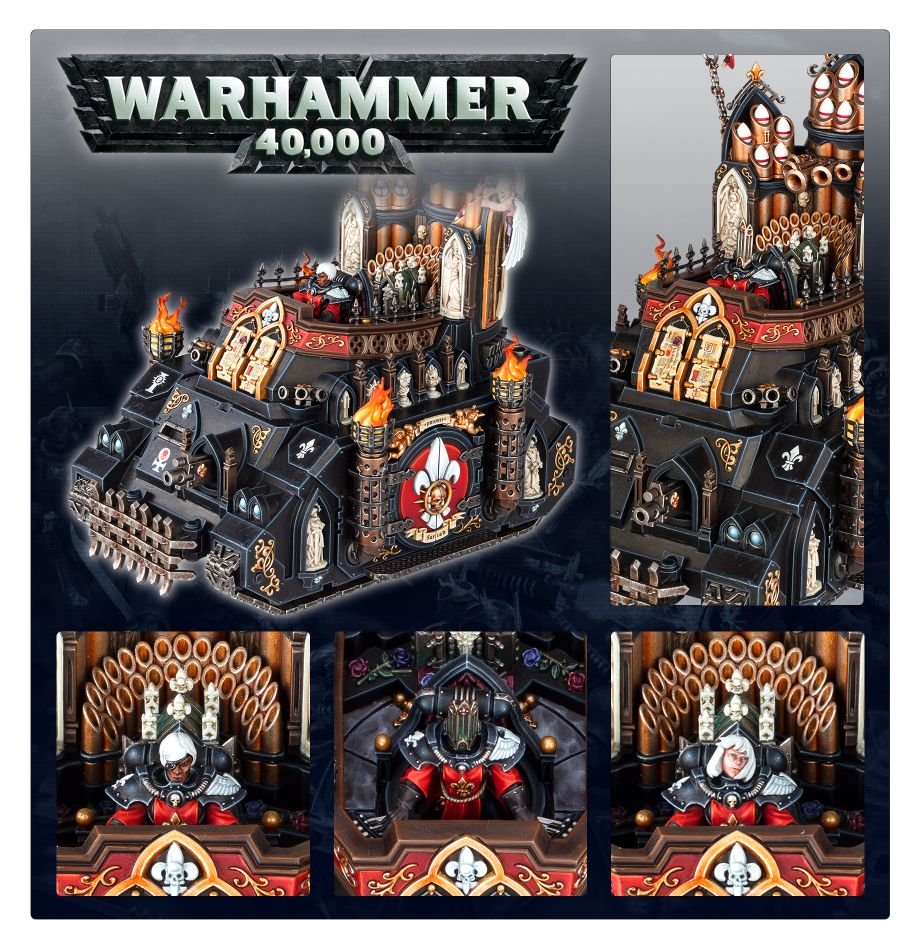 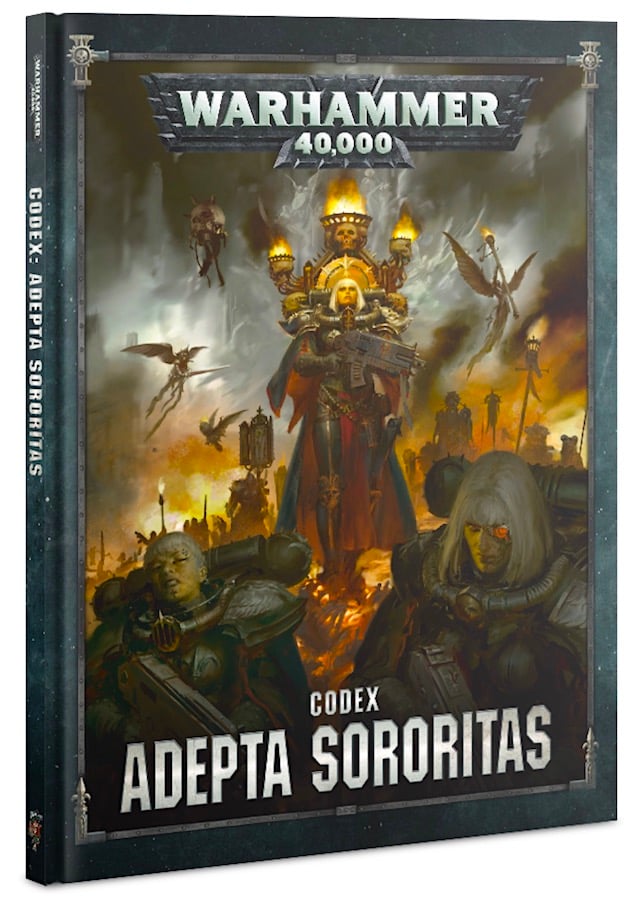 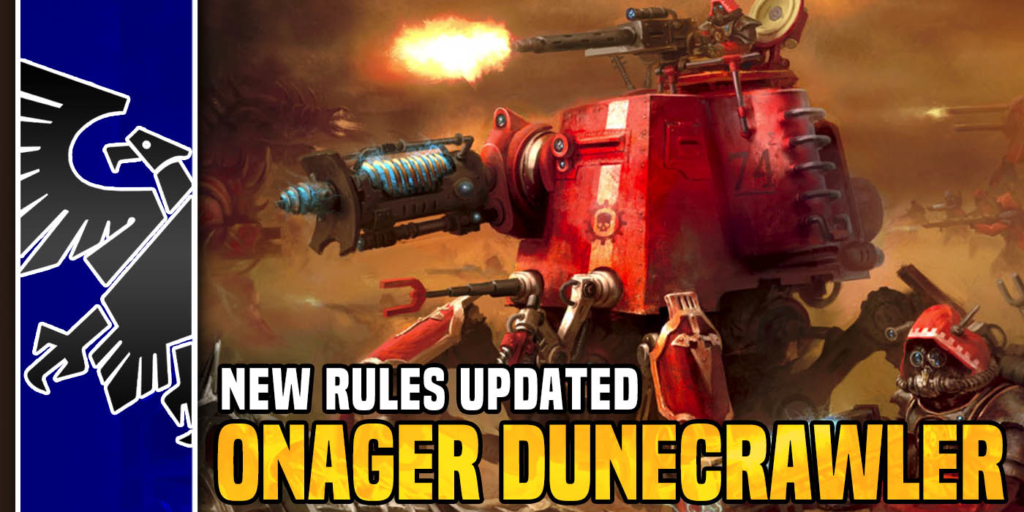