Warhammer: What Does The New Slaanesh Greater Daemon Mean For Chaos 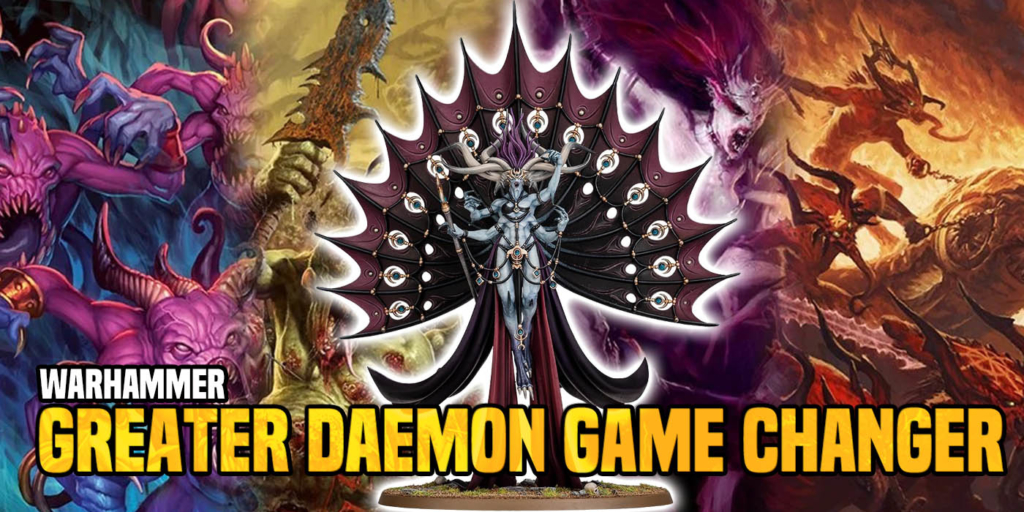 Slaanesh is about to get a second “Greater Daemon” type model – where does that leave the rest of the Chaos pantheon at?

The new Twin Daemons Synessa and Dexcessa are coming to represent Slaanesh in a brand new way. Typically, that job was supposed to be held by the Greater Daemons in a way – sure, Greater Daemons could be named characters, but they were the Avatars of their respective Chaos god in a way. Now, Slaanesh is breaking the mold with these twins. 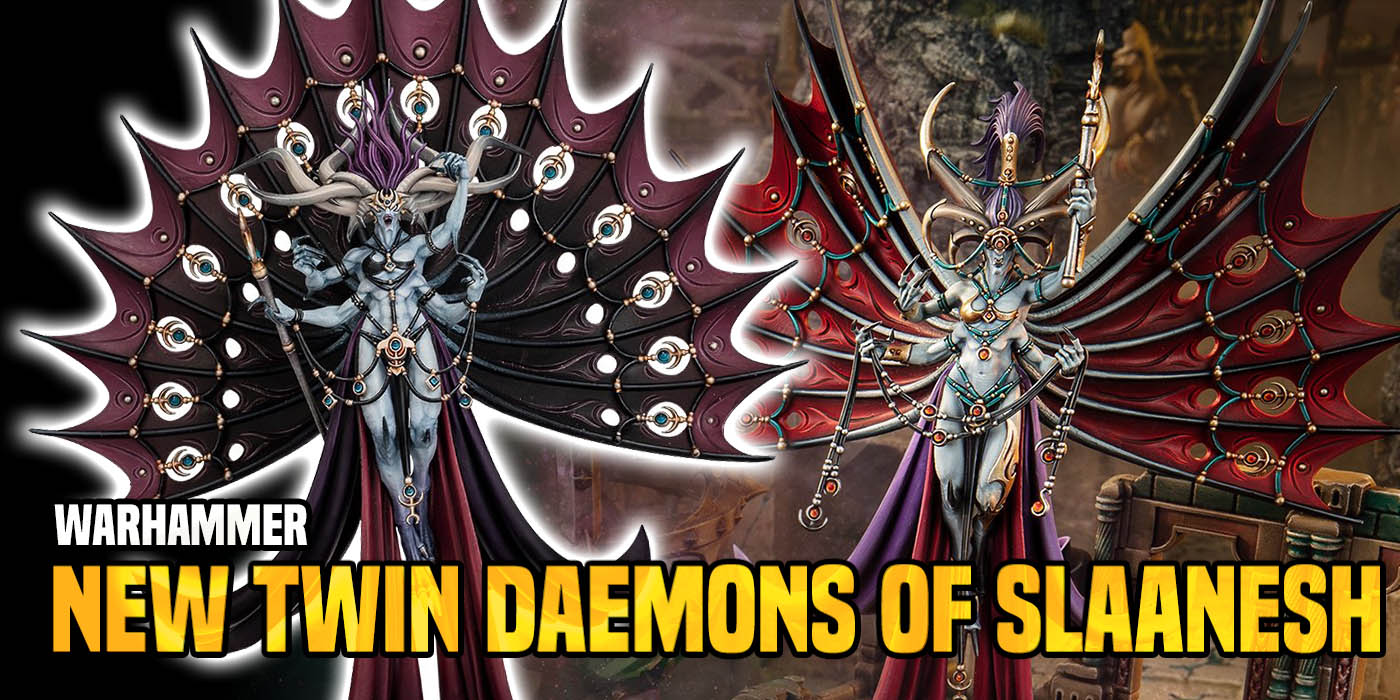 So where does this leave the other members of the Chaos pantheon? Is this totally unfair and will the other Chaos gods also get more Greater Daemon-type characters/models besides their ‘generic’ version? Well…it’s not as unfair as it first looks. Let’s check in and see what Chaos Great Daemons we have currently.

Khorne actually paved the path first when you remember they have their Bloodthirster (which can be made into three different versions) and also Skarbrand. 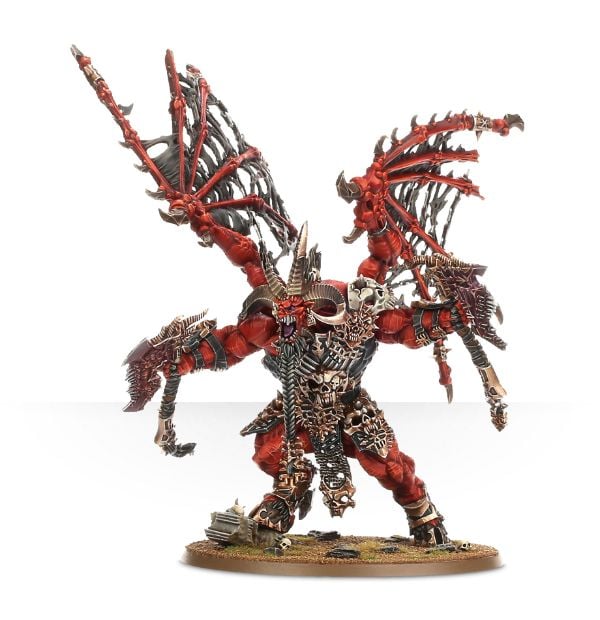 So for the longest time, Khorne was actually the outlier. Now, Slaanesh is just evening things back up…

We’ve got the Lord of Change and it could also be built a few different ways. However, with the same kit, you could also build Kairos Fateweaver. 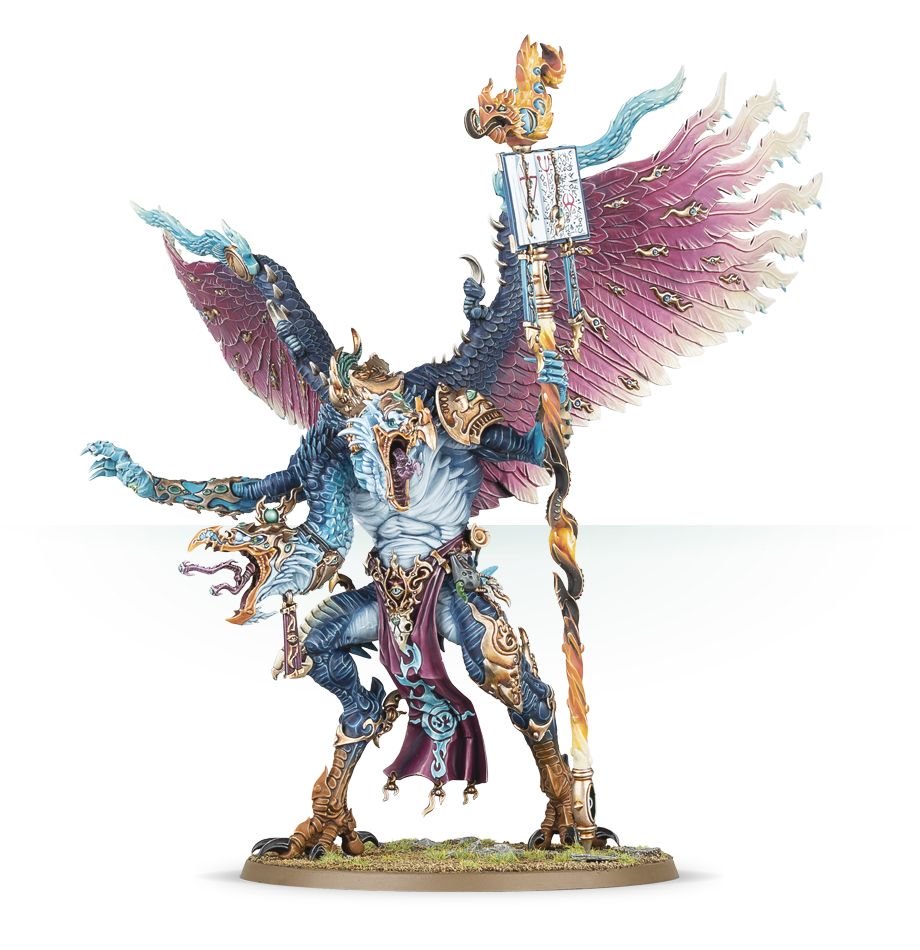 So does that leave Tzeentch down a Greater Daemon compared to the other two? In a way – Karios, while a named character, is still made from the exact same kit as the ‘generic’ Lord of Change. Unlike Skarbrand or the twins of Slaanesh, Tzeentch doesn’t have a separate Greater Daemon. H0wever, on the 40k side of things, Tzeentch does have a certain Daemon Primarch…

Does that count? Well Magnus is a servant of Tzeentch and while he’s not usable in Age of Sigmar, the model is currently available for 40k. So again, maybe not quite as unfair as it first appears. That said, it could be nice to have a new Tzeentch Greater Daemon type as an option for both 40k and AoS.

Old Papa Nurgle is in the exact same boat as Tzeentch in this case. Nurgle has a Greater Daemon kit which can be built in a few different ways plus a named variant in the kit as well.

So, again, that’s two large kits for Nurgle already. On the AoS side of the house, they did get a little short changed…but that’s the current state of things as it stands now.

Is the introduction of the new Slaanesh Daemons an escalation of Greater Daemons or is this just more of a catch-up for the Slaanesh line? Does this mean we won’t see new Greater Daemon-type characters for the other Chaos gods? Will we ever see Daemon Prince Primarchs for Khorne and Slaanesh? So many questions left unanswered! Oh well – for now, we’re just going to have to marvel at this impressive new model and wait to see what happens down the line.

Anyone want to take a guess at how the rules for the new Slaanesh Daemons will be delivered to the 40k side of things? 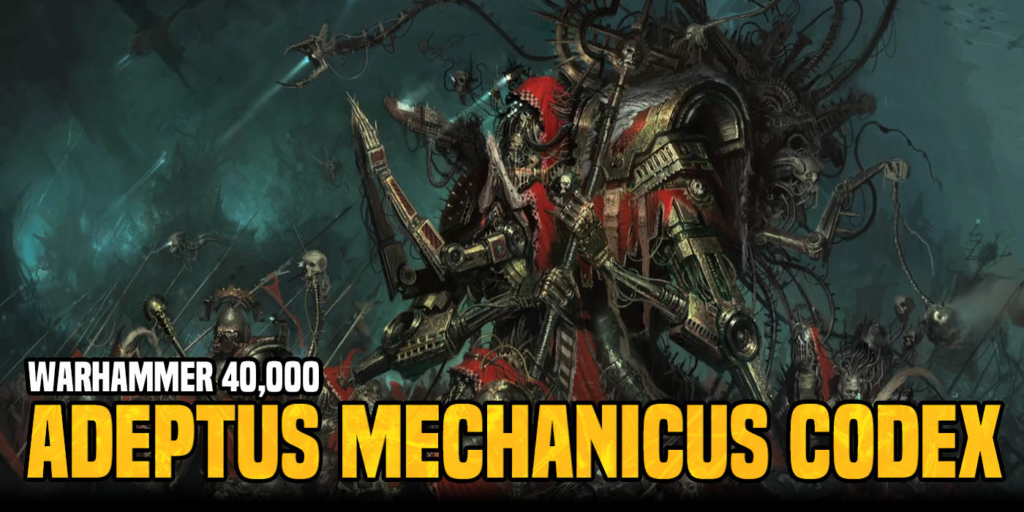