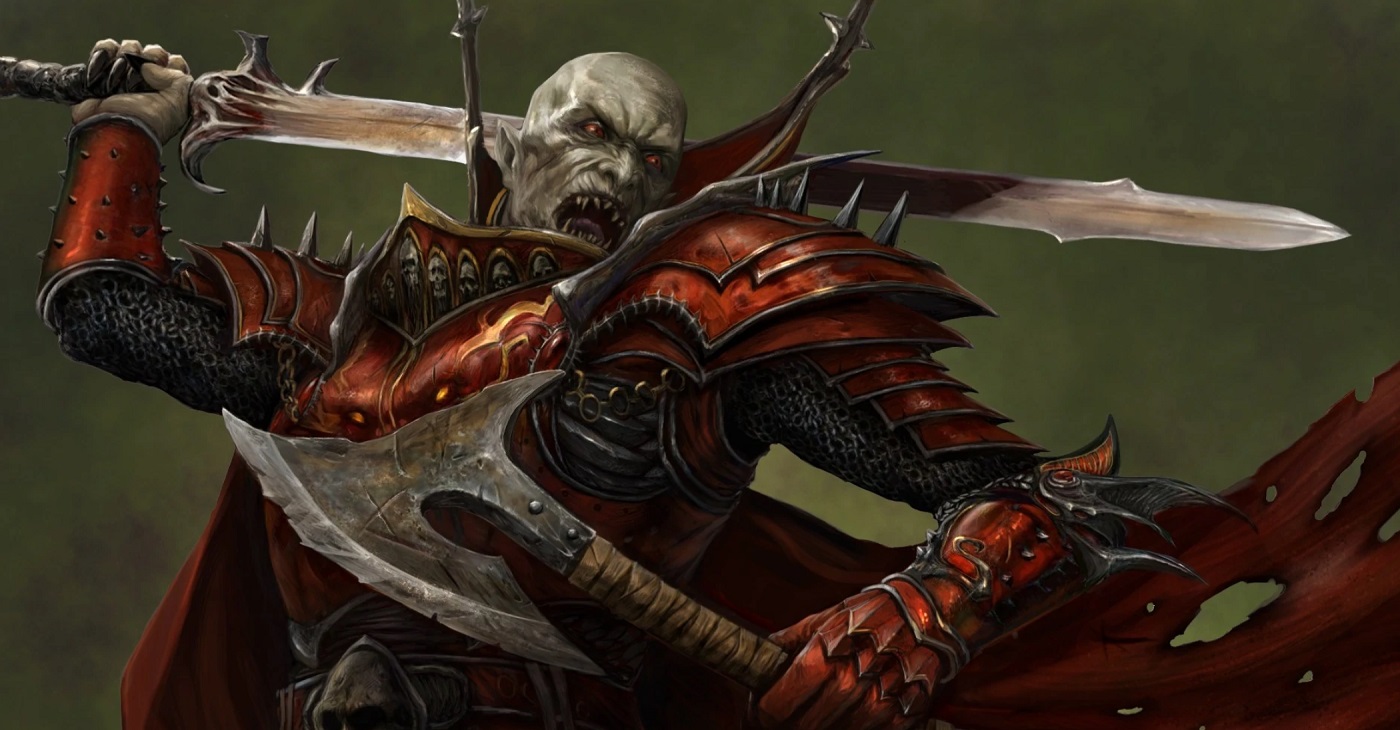 The Old World was full of awesome heroes and villains, some lesser-known than others. These bloodsuckers are some of the best Vampires you’ll meet.

Unless Games Workshop is playing the biggest tease game of the century (which I honestly wouldn’t put past them), we’re going to see more new vampires during Warhammer Fest, and their release will likely follow that weekend or the next. Soulblight has had some gnarly heroes over the years, but only a few of them made the jump to the Realms, which is a crying shame considering how much character they brought to the world. Here are three lesser-known vampire heroes that didn’t make the jump to Age of Sigmar and a little info about them.

The dark-haired vampire heroine has seen a renaissance recently with the re-release of the series of books about her and her adventures by Kim Newman. The books read like old-fashioned horror-mystery novels, the likes of Sherlock Holmes or Poirot, and Genevieve is always a central figure. She is intelligent, charismatic, and strong, and struggles with balancing being both a young woman and a centuries-old vampire. One of her earliest adventures was the presumed, and then actual, defeat of the dark sorcerer Drachenfels, where she saved the young Emperor Karl Franz from certain death. She was of the Lahmian bloodline, and it is believed she served as a messenger for Neferata during the End Times when she issued a warning to Vlad von Carstein that the world was ending and he should prepare for his time to come. 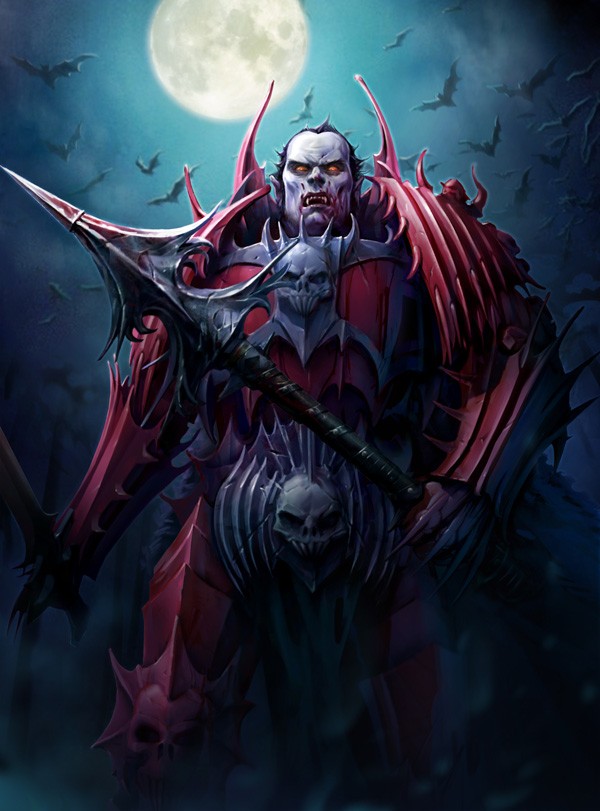 Even a throwaway character back in the Old World, the Red Duke was a Bretonnian vampire that held court in the province of Aquitaine. He fought in a campaign against the forces of Araby until an assassin’s blade brought him down. However, he did not die, as a tall warrior dragged him to safety and informed him he was impressed with his martial prowess. He revealed himself as Abhorash, sire of the Blood Dragon line, and offered the Duke eternal life, which he accepted. The Duke was famous for his noble bearing and the ferocity of the Blood Knights that followed him into battle. He was not a mindless monster like some of his vampiric kin, but he was consumed by a desire for vengeance against the kingdom that had left him for dead, and he unleashed a wave of terror on Aquitaine. He was brought down again by a Grail Knight and locked in an enchanted mausoleum, but even that couldn’t hold him forever, and the Bretonnians had a legend that he stalked the forests around Aquitaine, waiting to exact a terrible vengeance on the kingdom once his power returned in full. 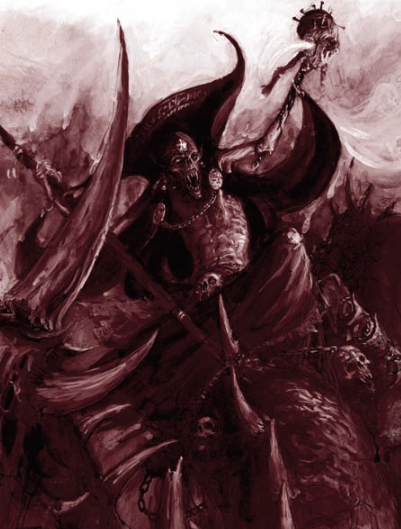 Where the Red Duke was martial prowess and noble bearing, Zacharias was the twisted obsession and magical might. The greatest apprentice of the Necrarch vampire Melkhior, Zacharias hoped to gain power by usurping his master, as Melkhoir himself had done to W’soran, his sire and the progenitor of the Necrarch line. However, Melkhior proved too strong for him, and he was driven deep into the mountains hounded by his master’s servants. Wounded and nearly starved from feeding on animals rather than humans, he crawled into a dark cave and fell into a deep sleep. As fate would have it, a Black Dragon also found the cave and took it as her nest and horde. When Zacharias awoke, his hunger overrode his fear, and he bit into the dragon’s soft underbelly and drank deeply of her lifeblood. Upon consuming the magical blood, he was freed of his thirst for blood, as Abhorash had been, and his powers were increased exponentially. He used the dark arts he had learned to raise the dragon as his mount and had his vengeance on his master. During the End Times, he attempted to destroy and usurp Nagash, and was swept aside like dust before the true power of Undeath.

Do you have a favorite underrated Vampire Lord?

Author: Clint Lienau
Originally from North Carolina, Clint comes to Austin as the latest in a long list of haunts of a wandering actor. An avid gamer, writer, actor, pyrotechnician, and general nerd, he writes two Age of Sigmar weekly articles for Bell of Lost Souls from a slightly less than meta angle, plus a weekly tournament roundup. When not busy being a clueless cowboy, Winterfell Bannermen, or whatever else acting life throws at him, he enjoys reading folklore from around the world, writing narratives for his Wargaming armies, or watching all the movies he can. Look for his storytelling podcast, By the Dancing Fire, or find him on Twitch at RedWendigo13.
Advertisement
Age of Sigmar AoS Death Vampire Counts Warhammer Fantasy
Advertisement

Age of Sigmar: Predictions And Wishlisting For Warhammer Fest Online 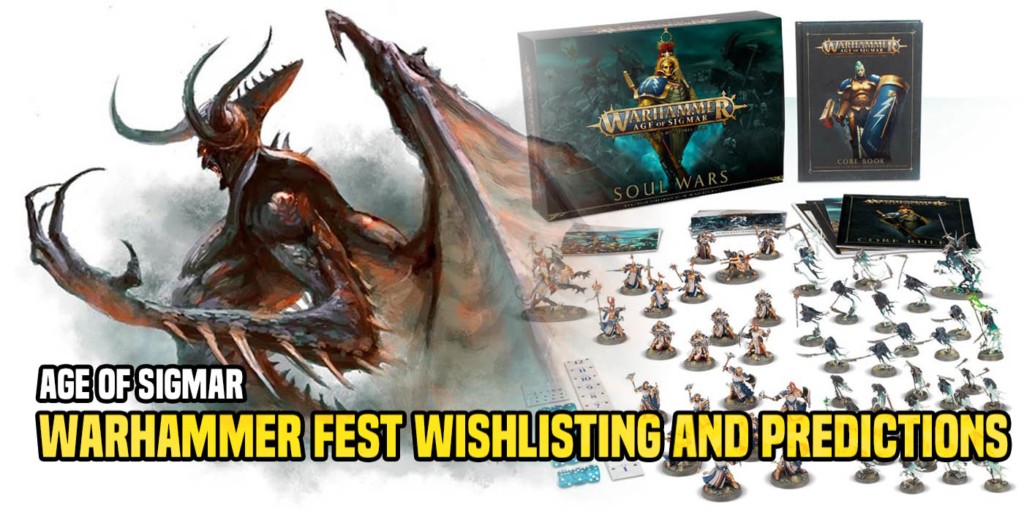