Age of Sigmar: Granny, What Big Threat You Have! Review of Belladamma Volga 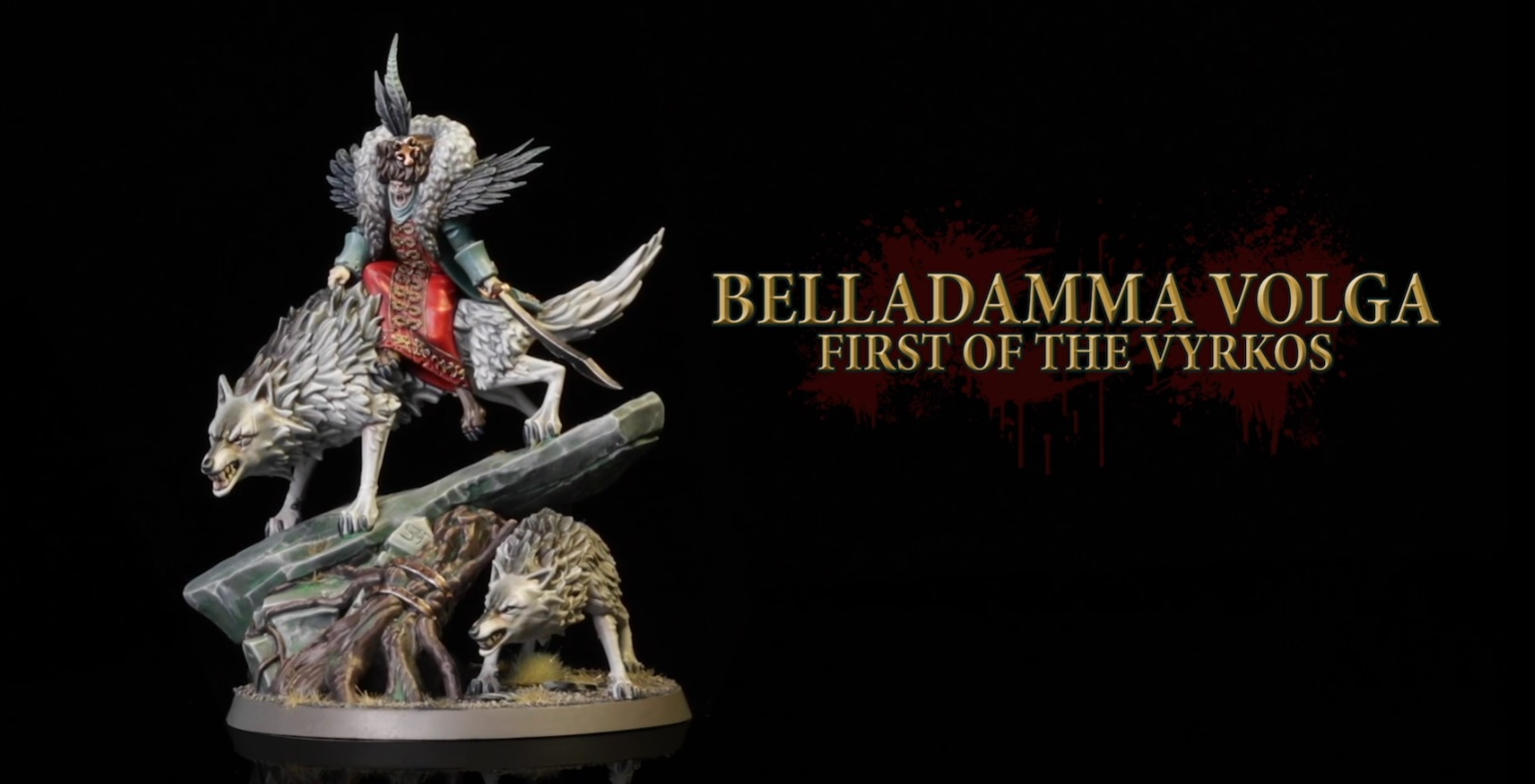 Sometimes Granny is more than a wolf in disguise.

The new Soulblight Gravelords are up for preorder and with them the first batch of brand new models for the bloodsucking army. While we are getting some gorgeous models, the new Vyrkos heroes and their Dire Wolf minions are unfortunately absent. However, the sire of the line, Belladama Volga, is going to be worth the wait, as she has a pretty gnarly selection of abilities. Here’s a quick preview of some of the awesome stuff Granny Volga is bringing to the table. 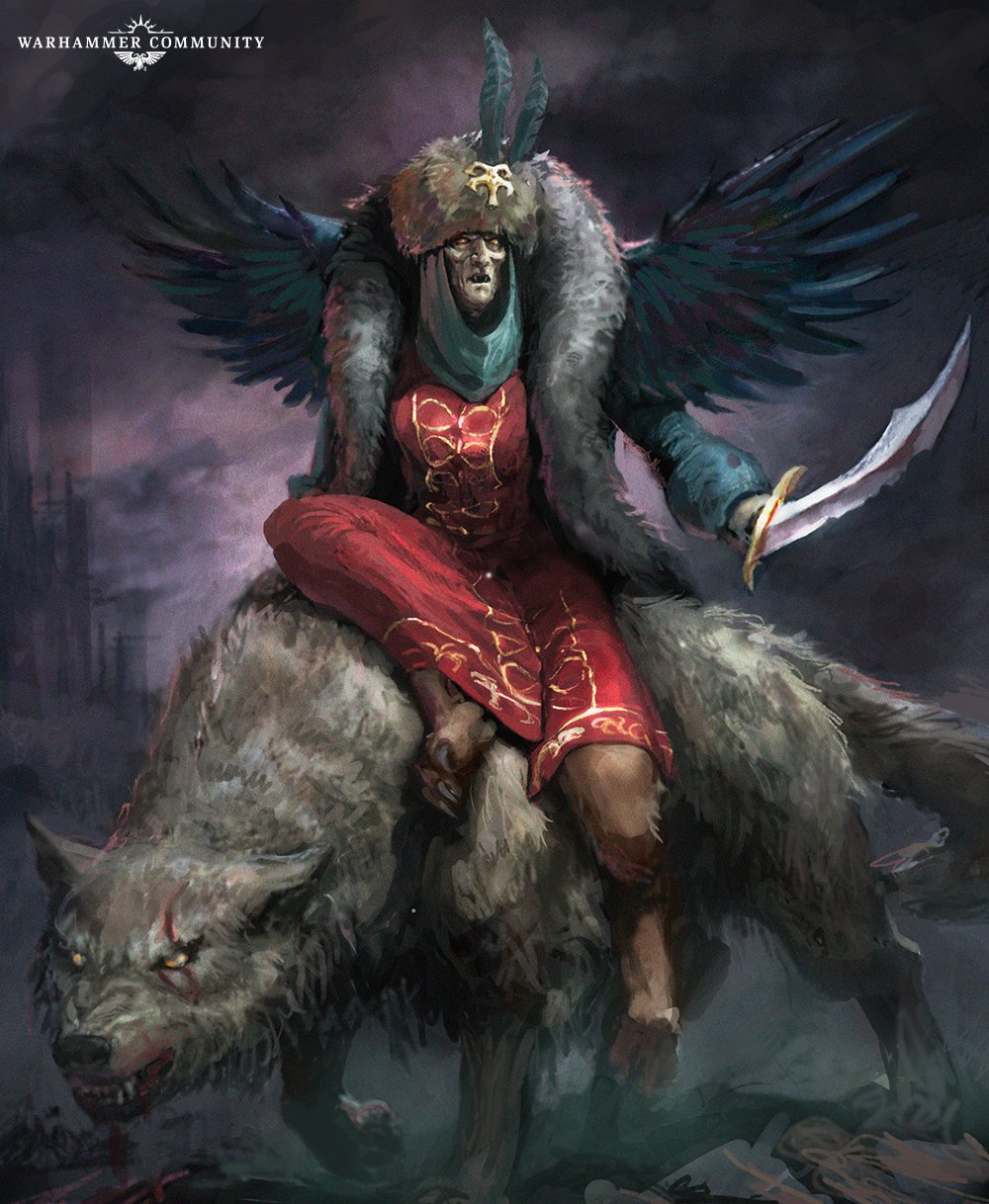 Belladama’s basic statline is pretty good, but nothing earth-shattering. She has a modest wounds characteristic of 9 and a 4+ save, plus the 10 Bravery you expect from a Vampiric lord, but she’s pretty speedy with a Move of 10″, which makes sense for a werewolf, and she can offload wounds onto nearby Dire Wolves. She has a decent weapon profile with her sword, giving her 3 3+/3+ attacks with -1 Rend and d3 wounds, and her wolves get 6 bite attacks that hit and wound on a 4+ for 1 damage. Like all vampires, she bears The Hunger, allowing her to heal d3 wounds at the end of the combat phase as long as she killed at least one enemy, which is great, but it’s not why you take her in your army.

So long as you’re Vyrkos dynasty, she counts as your general in addition to whoever you select, so all your abilities that require your general apply over a larger range. She adds +1 to all her casting, unbinding, and dispelling rolls, which, combined with her ability to re-roll spells from the dynasty, makes her exceptionally potent as a caster. She can cast and unbind two spells a turn and comes with two pretty awesome signature spells. Her first is similar to the Tzaangor Shaman spell, but instead of Tzaangors, you turn your enemies into werewolves and create a unit of Dire Wolves. 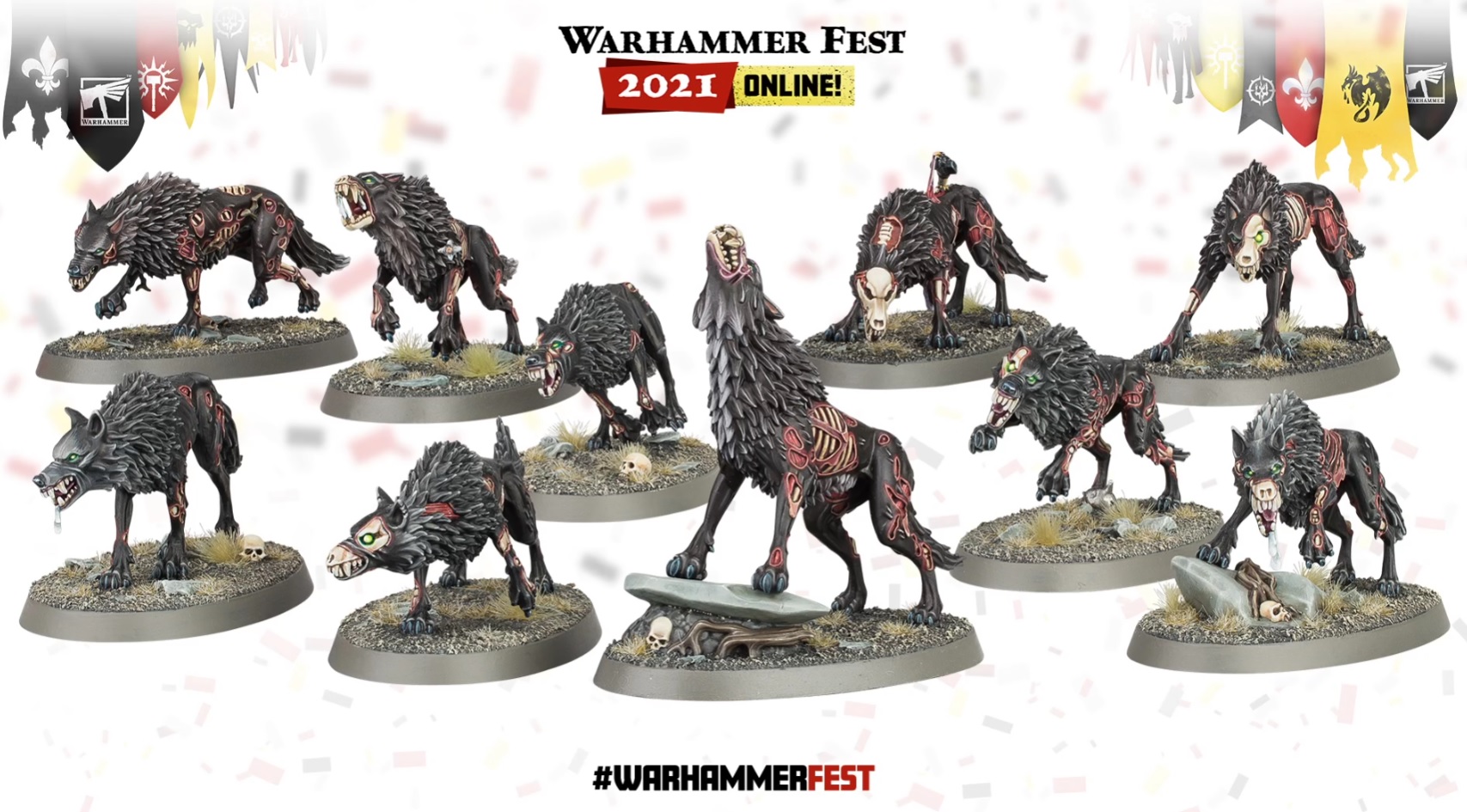 Her other spell gives ALL nearby friendly units exploding 6s, which is extremely powerful for massed wolves or nearby Blood Knights. On top of all that power, she has a command ability that allows a nearby unit of Dire Wolves to fight while within 6″ of an enemy rather than just 3, and they can pile in an extra 3″, giving them a massive threat range. If you plan to run the Vyrkos dynasty or even another dynasty with a lot of Dire Wolves, definitely bring Granny Volga along.

After all, everyone loves having their granny around