Age of Sigmar: Morathi And Malerion Have A Heart To Heart In The Latest Lore Drop From GW 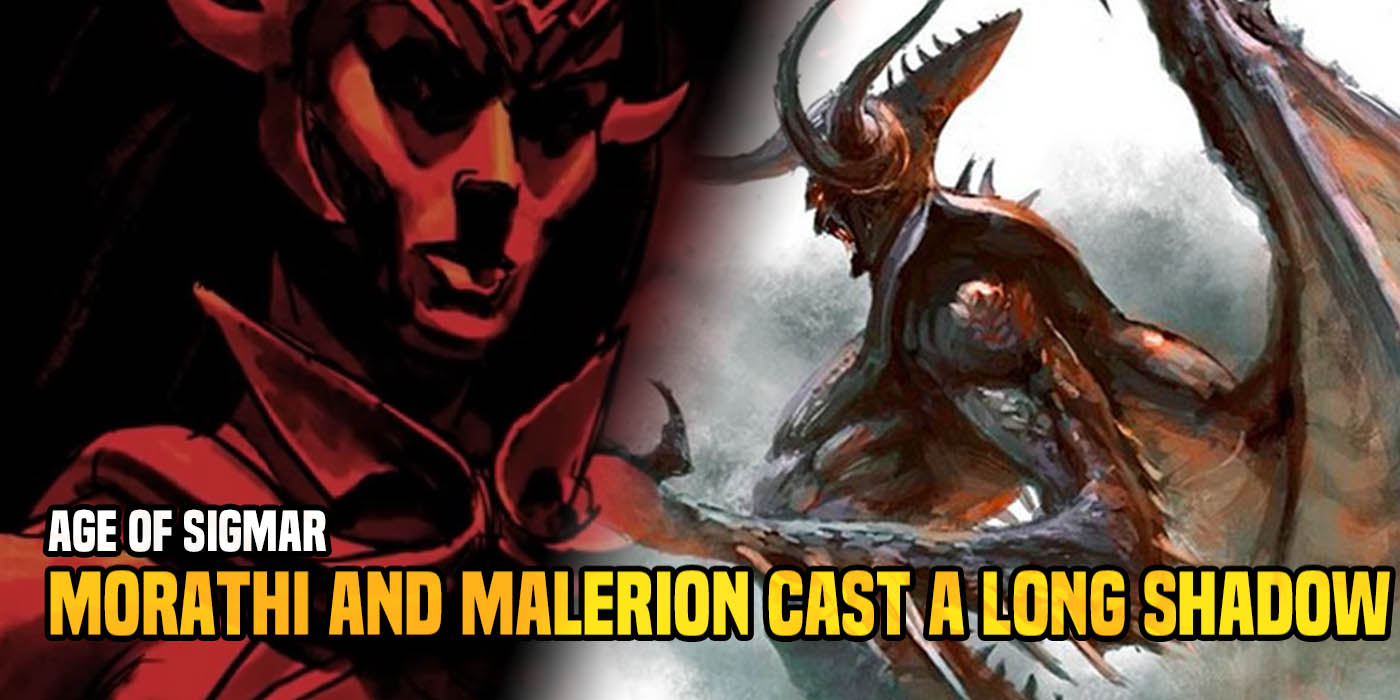 It’s been almost a week after Mother’s Day and Malerion finally calls his mother in this short story from Games Workshop.

There’s a new piece of fiction out for Age of Sigmar and it involves Morathi-Khaine and her long-shadowed son Malerion. It seems he finally decided to pop in on his mother now that she’s taken one of the Storm-God’s cities. We’re going to have a quick chat about the story but first go read the story HERE.

All done? Good because from here on out it’s spoiler time.

So Morathi is now hanging out in her newly renovated city of Har Kuron (formerly known as Anvilgard). She’s ruling the city with your typical Daughter of Khaine style – lots of blood and screams. As she’s contemplating her boredom one of the shadows in her chamber grows longer than normal.

Turns out it’s none other than Malerion and he’s decided to stop in a pay her a visit. Mother-Son chats are always so fun with this family. There is your typical back-and-forth between the two (loaded with contempt and venom, naturally). But after a step too far, Morathi actually slices one of the shadow-figure’s fingers off! That part was actually surprising. Partly because she could actually cut shadow and also because Malerion basically just takes it.

They continue on to talk about how her latest ploy (the taking of Anvilgard) will impact things down the line. Morathi seems pretty sure that Sigmar won’t do anything about it while Malerion is more…concerned. He begins to berate his mother as well, talking about her “lust for power” and how it’s endangered all their plans (re: Slaanesh). And again, Morathi-Khaine doesn’t seem concerned with a quip, “As ever, the ends justify the means.”

The pair is briefly interrupted and Morthai loses her cool for a moment, but quickly regains it. But then this other tidbit is dropped by Morathi:

“I fear he will have his hands rather full if he seeks order now that dear Alarielle is making her play.”

It seems Allarielle is also up to something. (But we kind of figured that might be the case based on the teasers from Warhammer Fest 2021). And she’s not the only Aelf making moves either. Malerion responds to her with this other nugget of info:

“But the Twins have become emboldened by the victory of light over death. The blind one tests my borders as we speak.

‘For now,’ said the shade. ‘The Hyshians are seekers, always probing, always shining light where it is not wanted. If the Lords of Lumination find a stable path through Cathartia before we are in full control, the shroud will soon tear, and our entire notion of supremacy will be at risk.'”

So not only do we have mention of Allarielle but we also have mention of Teclis and of Tyrion (the blind one). We also get a bit more acknowledgment that Malerion seems to be in on whatever plot his mother has been working. In any case, the God of Shadow and Morathi-Khaine are (unsurprisingly) plotting something ELSE and while the other Aelven Pantheon members are out in the open, they are pulling some strings in the background, yet again.

While this is a neat little peek into their relationship it also teases some of the other changes ahead. We get a mention of every major member of the Aelven Pantheon and we also get quite a bit from Malerion. Fans have been hoping we’d see a new Shadow Aelf faction show up for awhile. GW even teased the name of them and we’ve seen models (even if they are technically DoK units). 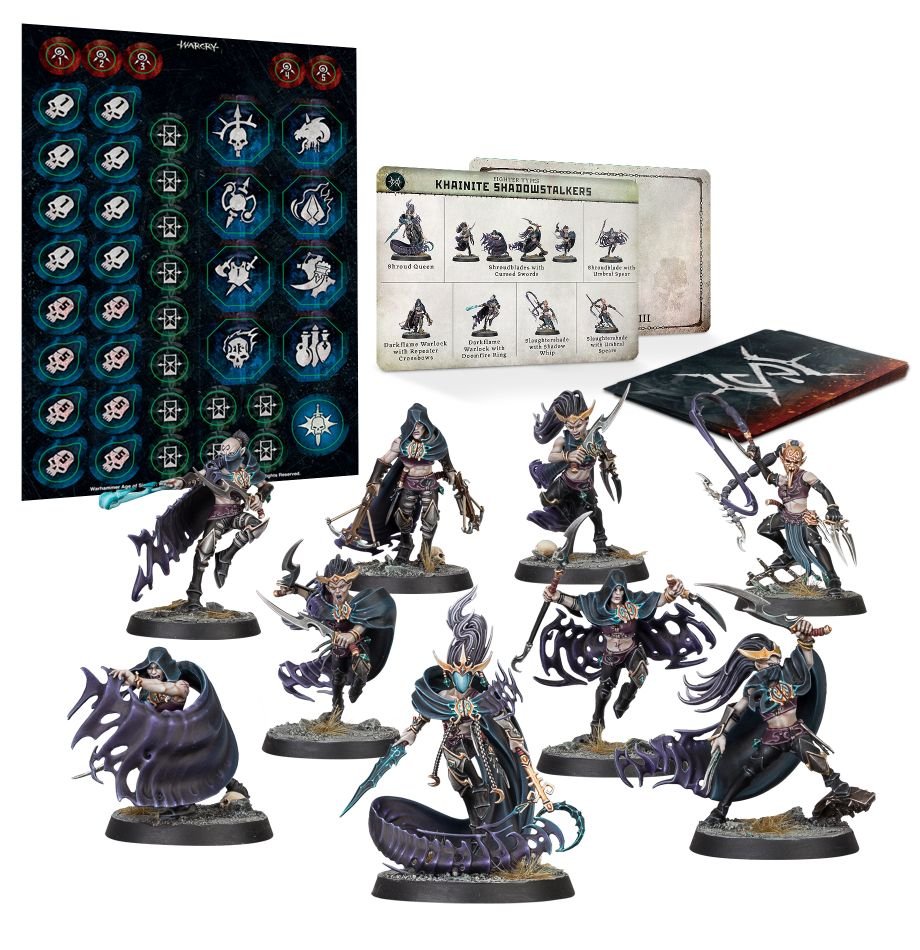 Fans have also been asking about Tyrion – and we get a short mention of him, too! The blind swordmaster and god of light has been missing in action of a while now. Are we poised for him to return, too? That would be a pretty cool boxed set – Light vs Shadow? Malerion vs Tyrion! C’mon GW, make it happen.

Whatever is coming what we do know is that Age of Sigmar 3.0 is around the corner. After the Broken Realms saga, there will be some big shifts in the Mortal Realms. The Soul War is apparently over (and Death is licking it’s wounds), the Aelves are making moves, the threat of Chaos is still there and Destruction is going on the war path with Kragnos. And I can’t wait to see what’s next.

What do you make of this mother-son story? What do you think will happen when Sigmar’s ire turns to Morthai – or will he be focused on other things?

Author: Adam Harrison
Writer, Editor, Texas Native, and Austinite for 15+ years, Adam covers all things Tabletop Gaming. Which includes Warhammer 40,000, Age of Sigmar, D&D, Board Games and everything else that involves dice, boards, cards and a table. A hobbyist, player, and collector of miniatures and games, Adam's current obsession are his Death Armies for Age of Sigmar, his Blood Angels and Tyranids for 40k, and his ever growing Arkham Horror: The Card Game Collection.
Advertisement
Age of Sigmar AoS Order Games Workshop Lore Tabletop News
Advertisement

FFG: Meet The Six Heroes of 'Descent: Legends of the Dark' 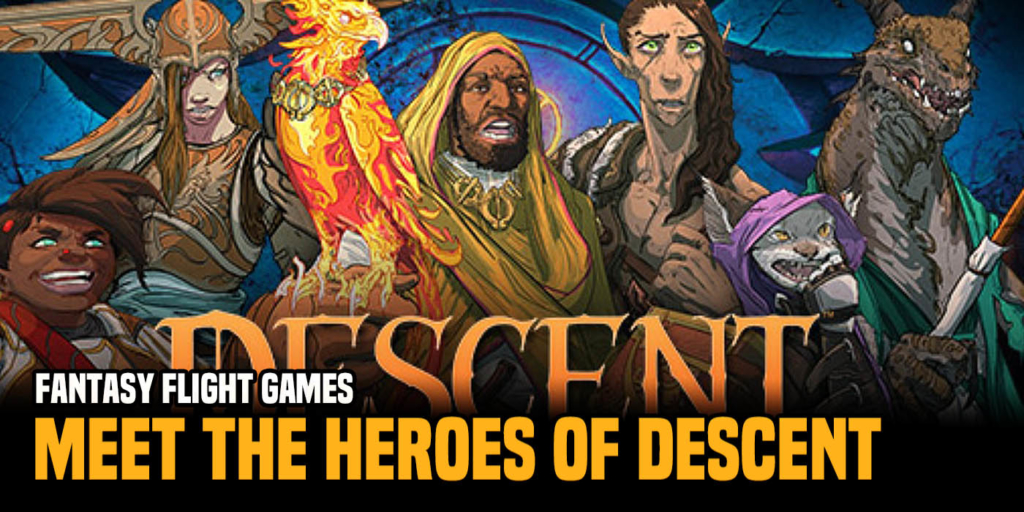