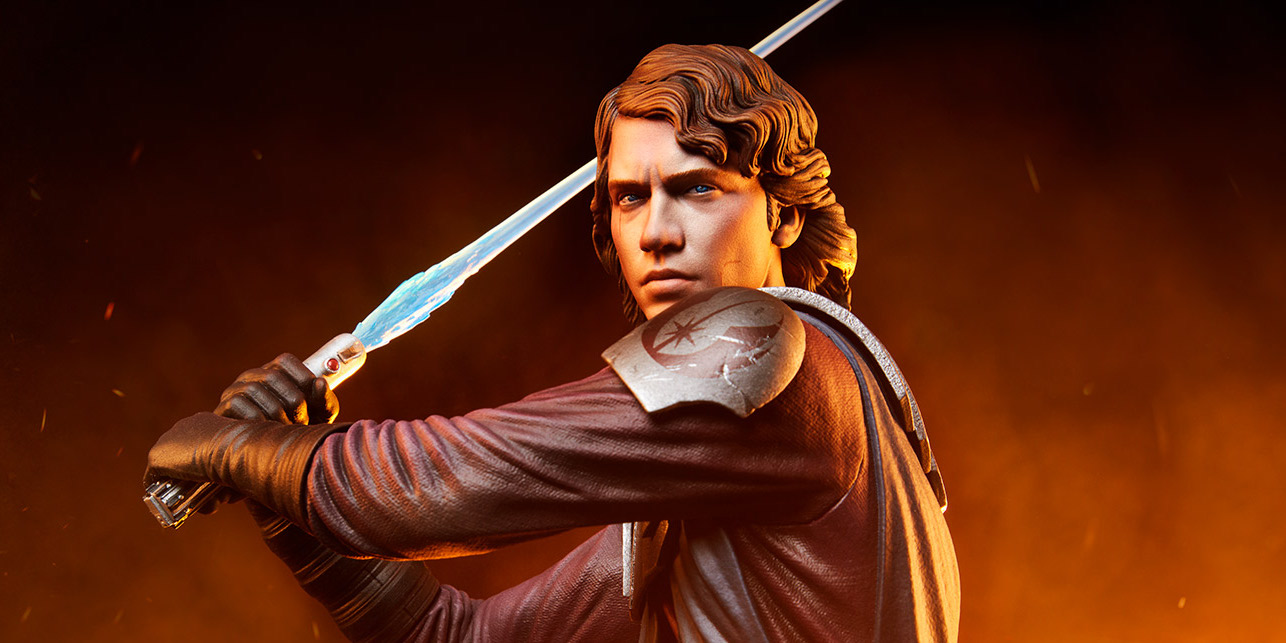 As a collection, Sideshow’s Mythos series are fine art collectibles that allow the collector to imagine what could have been, but maybe never was. Myths meant to be initiated by the eye and completed by the mind.

This nearly 2 foot tall statue shows Anakin as a feirce fighter that’s still aligned with the noble goals of the Jedi Order. A mix of the animated series and the Hayden Christensen’s appearance in Episode III. At his feet are a pair of B1 and B2 battle droids that have been neatly sliced into pieces with his blue lightsaber blade. His fully sculpted armor and tabard are based on his appearance during the Clone Wars; both feature weathering and sculpted motion.

The statue comes with two head sculpts – you can display him with a heroic Jedi Knight portrait with blue eyes, or the disheveled hair and yellowed eyes of the Sith. 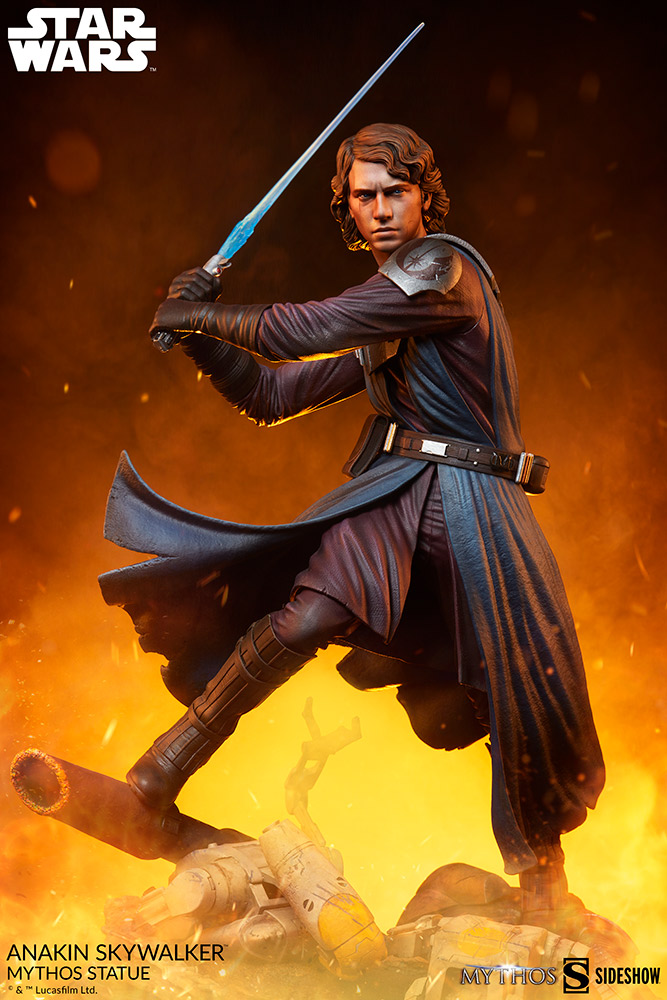 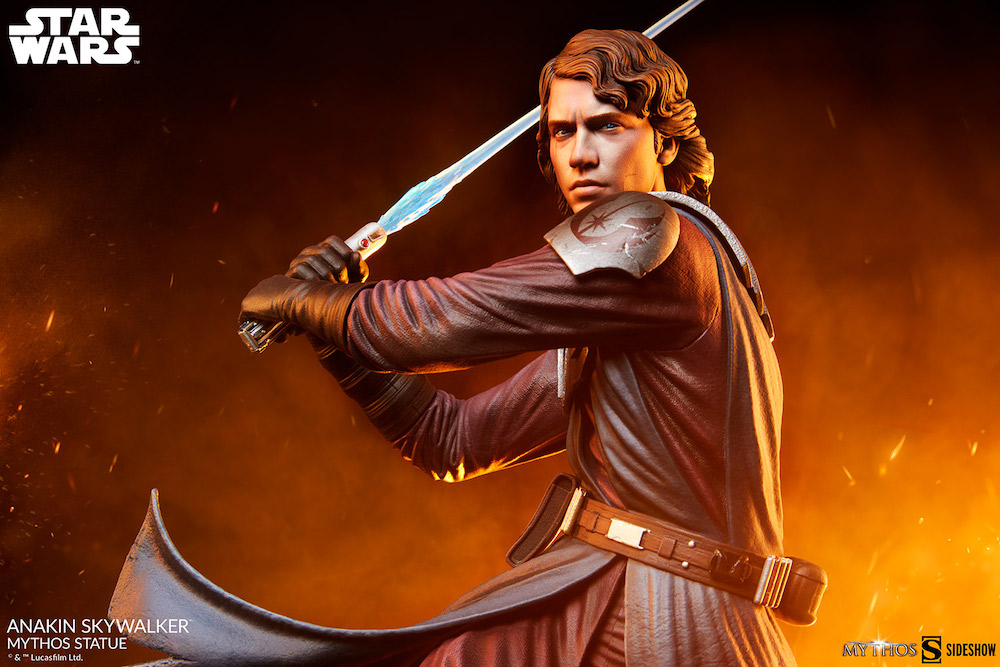 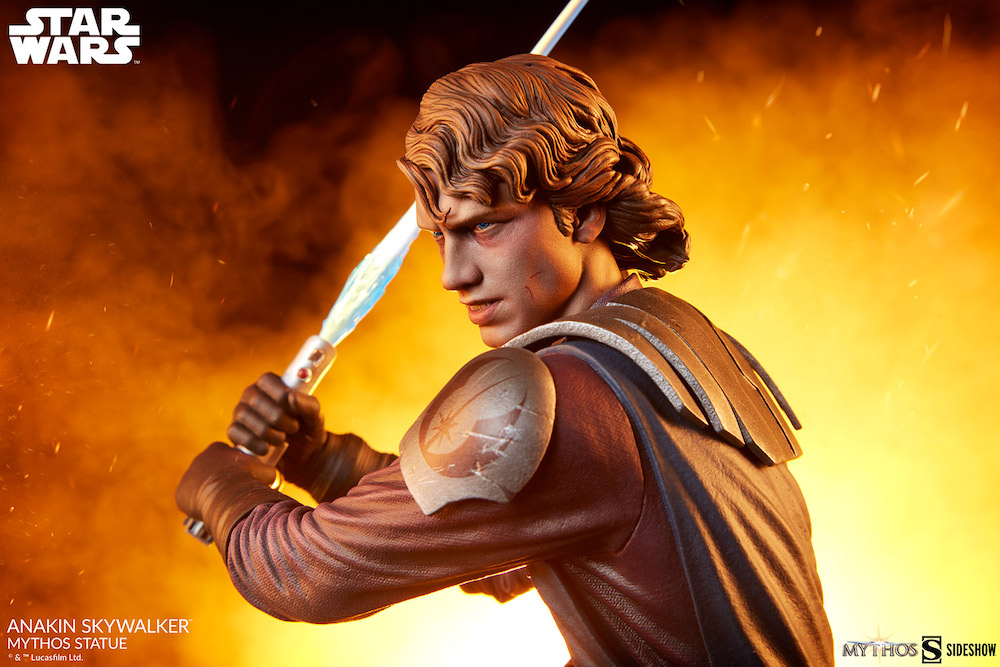 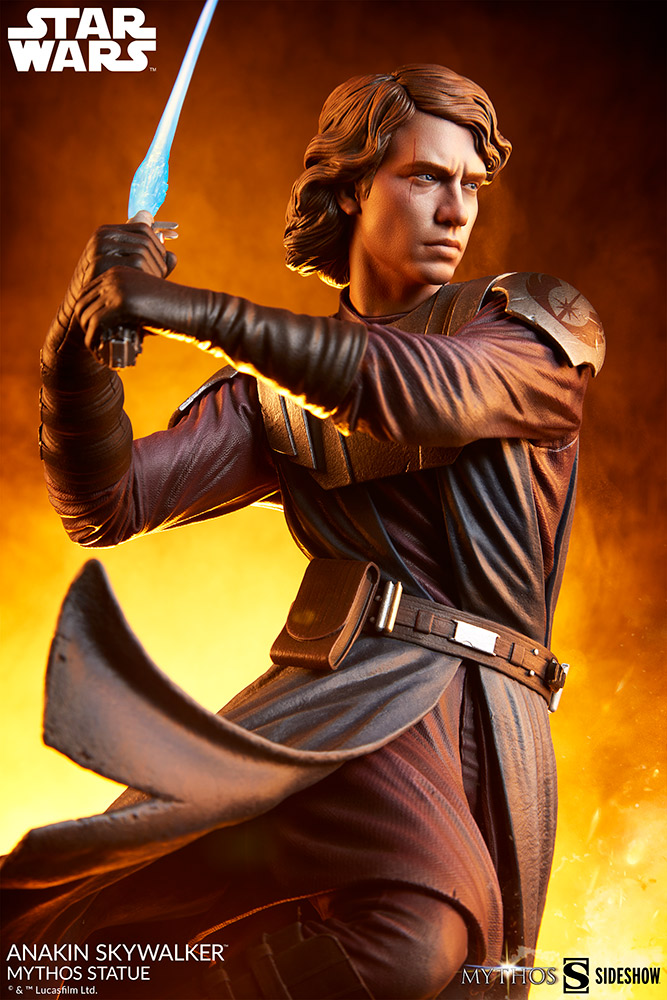 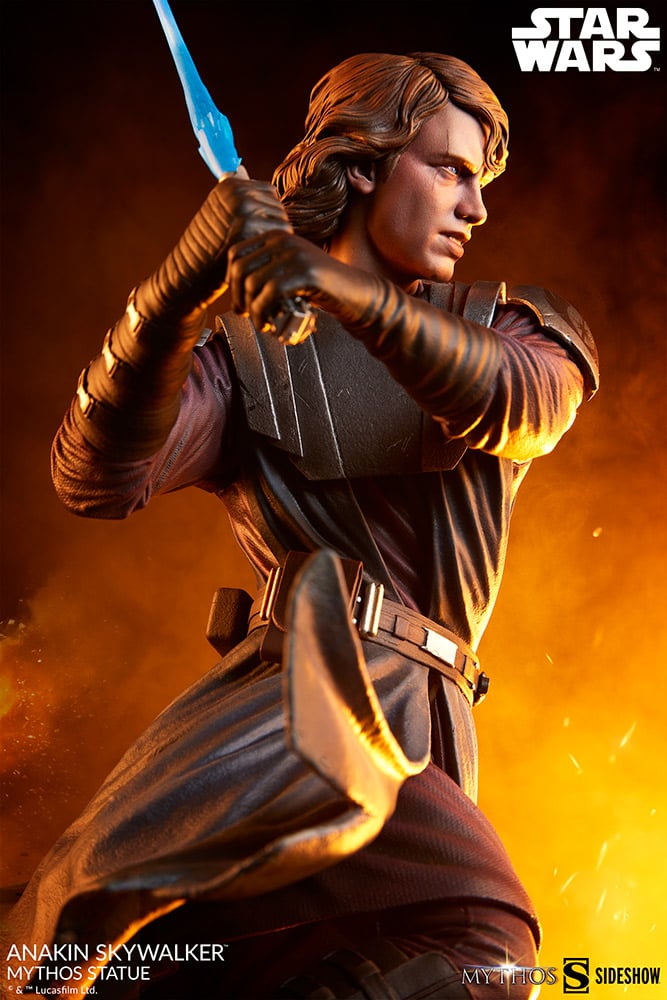 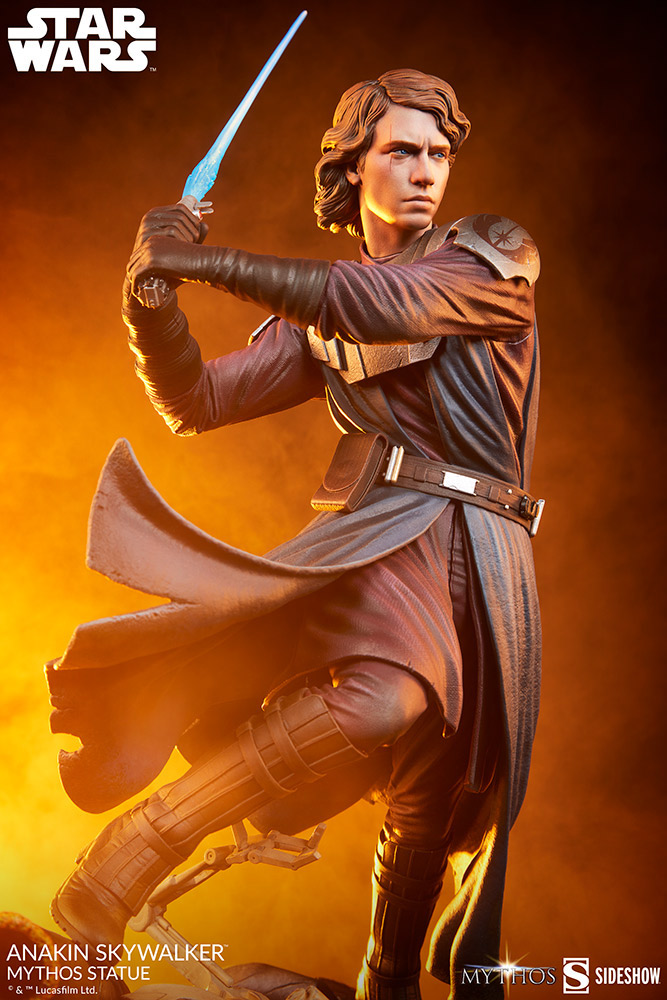 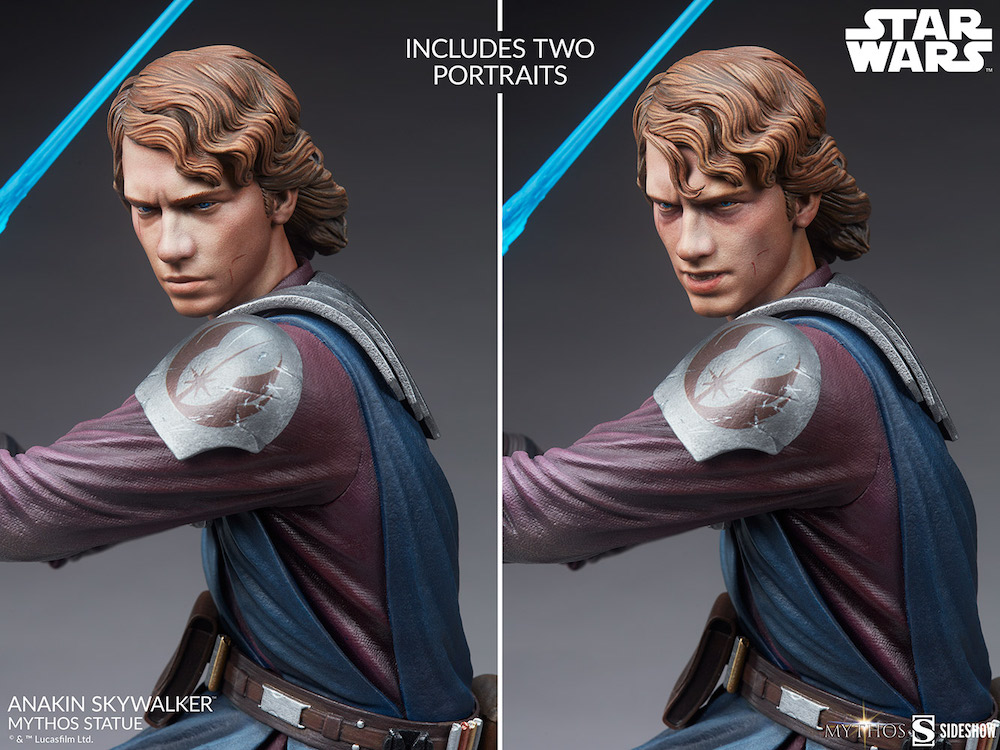 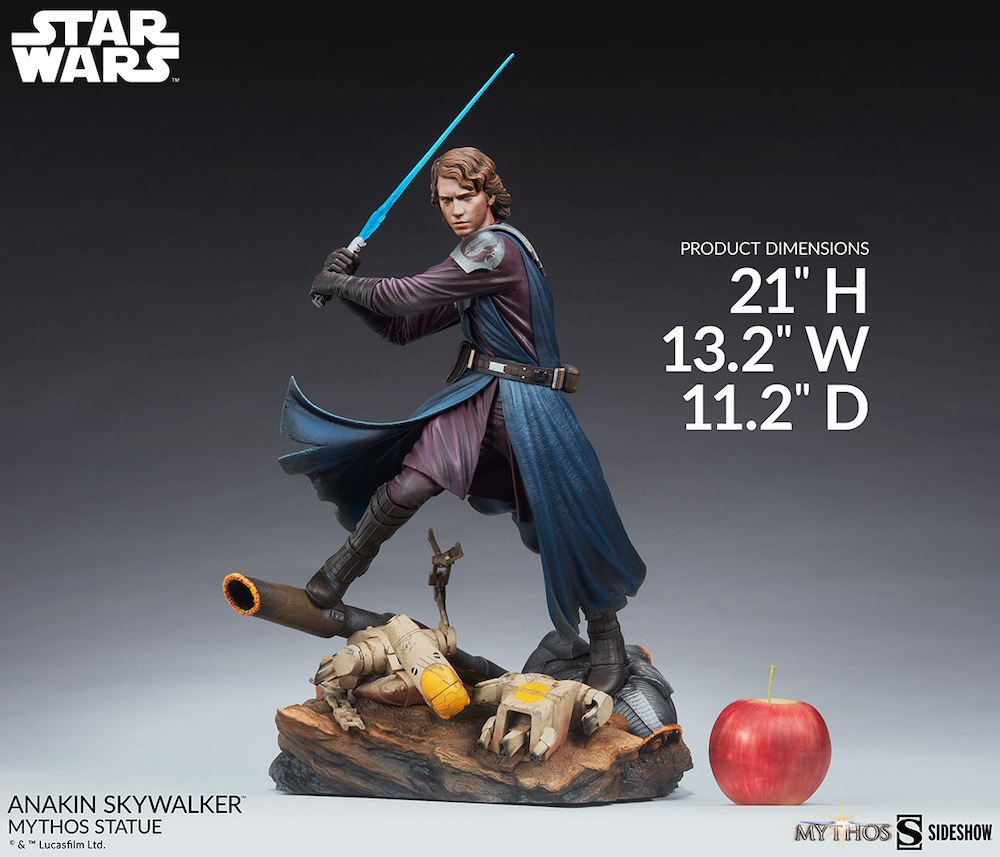 Author: Mars Garrett
Pop culture editor and writer that has been on the BoLS team since 2010. Contributor on the One of Us podcast. Marvel, Vertigo, and dystopian sci-fi fan. Enjoys bad movies, amazing stunt performances, and the internet. Hates rom-coms. (she/they)
Advertisement
Pop Culture Star Wars Toys
Advertisement

'Star Wars Stratego' Is Much Better Than You Might Expect 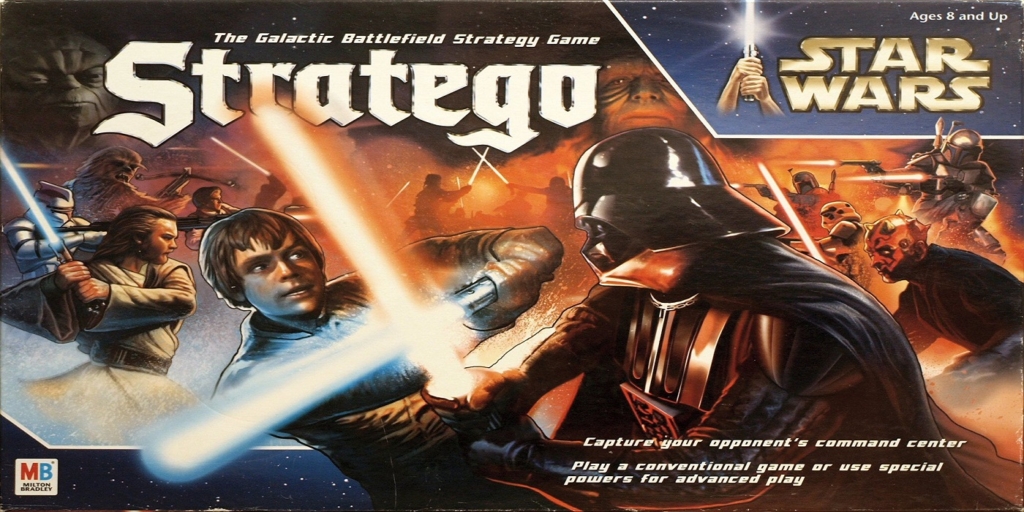