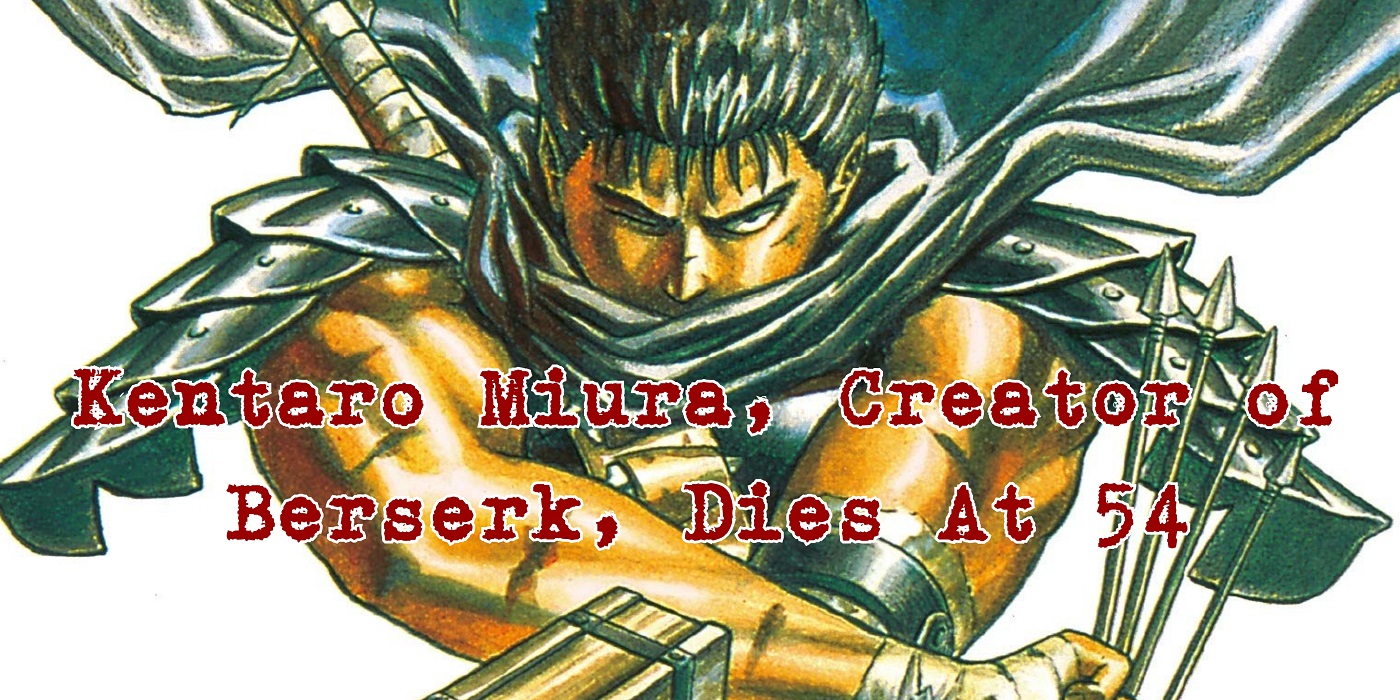 Kentaro Miura, legendary creator of Berserk, died earlier this month, but his legacy and his inspiration over the fantasy and dark fantasy genres will live on for years to come. 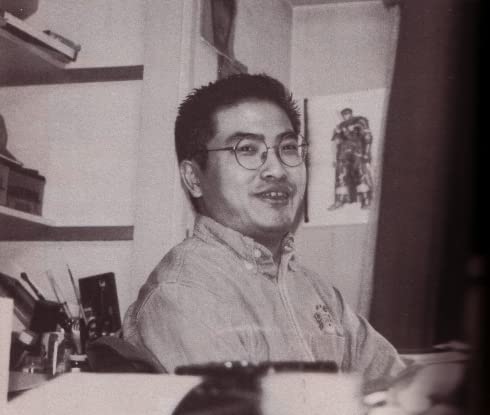 Last week it was revealed that legendary manga artist and storyteller, Kentaro Miura, had passed away earlier this month on May 6th. While the news had been kept quiet for a little while out of respect and privacy, his Japanese and US-based publishers made the announcement on Thursday the 20th with a heartfelt tribute to his talent and contribution to comics and manga.

Kentaro Miura passed away on May 6, 2021 from acute aortic dissection. He was 54. Miura-sensei was a master artist and storyteller and we had the great privilege of publishing several of his finest works, including his masterpiece, Berserk. 1/

“Kentaro Miura passed away on May 6, 2021 from acute aortic dissection. He was 54. Miura-sensei was a master artist and storyteller and we had the great privilege of publishing several of his finest works, including his masterpiece, Berserk. 1/” The rest of Dark Horse Comics’ Twitter thread can be found here. 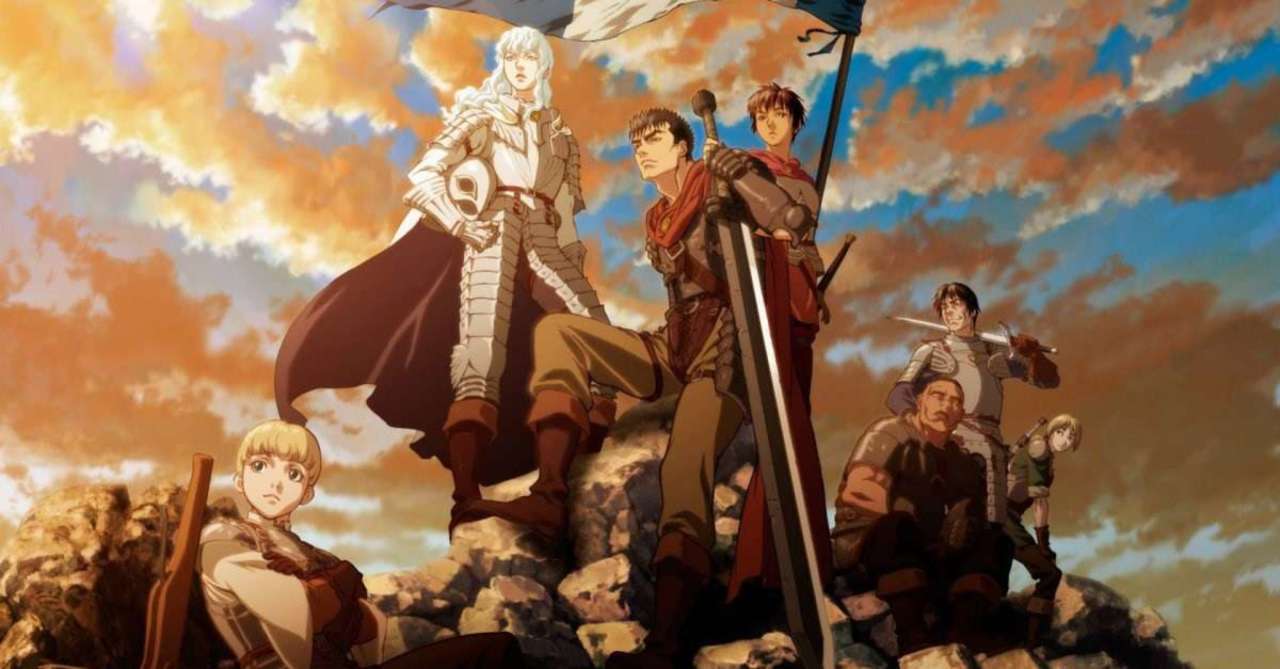 While his passing at just 54 of heart condition, acute aortic dissection, is undoubtedly tragic, Miura’s brand of storytelling has already forever changed the game and his legacy will be felt for years to come throughout comics, video games, TV and anime, and the entertainment world at large for years and years to come.

Just three years after being accepted into an art program at Nihon University, Berserk made its first appearance with the 48 page Berserk: The Prototype. Despite some key differences from what this series would eventually become, the prototype earned Miura a prize from the Comi Manga School and kicked off a thirty two year and forty volume long epic that would branch off into two anime series, a collection of films, video games, a light novel, countless toys and pieces of merchandise, and would even go on to inspire other manga, anime, and videogames for the foreseeable future. 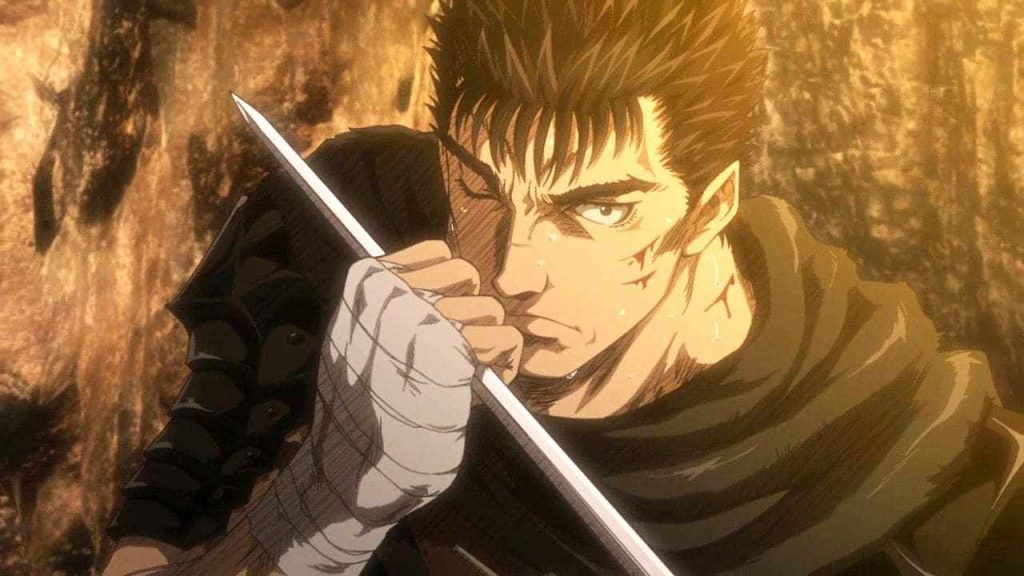 Set in a medieval Europe inspired world, Berserk is a dark fantasy following protagonist, Guts and his mortal enemy, Griffith through a story of revenge and resilience while playing with themes like human nature, destiny, free will, and morality while staying grounded in the essence of realistic feeling relationships and friendships.

But even if you’ve never read or watched Berserk for yourself, you have undoubtabley appreciated or enjoyed something influenced by Miura’s work. Many aspects of Dark Souls, Cloud’s Buster Sword in Final Fantasy VII, and parts of the world-building of Bleach were all in part inspired by Berserk’s setting, themes, or aesthetic. His mark on the genre of dark fantasy and the ongoing epic adventure is irrefutable. 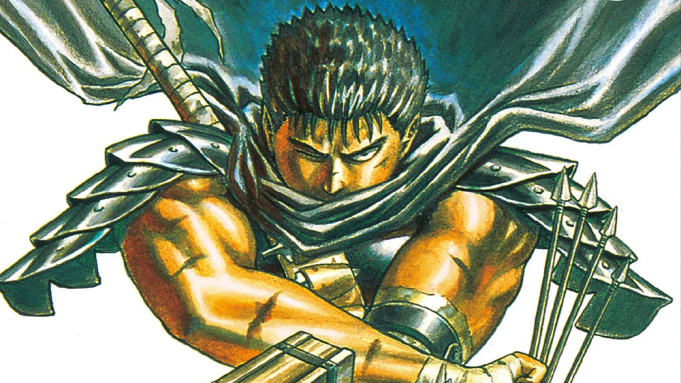 Are you a fan of Kentaro Miura’s work? What is your favorite piece of media that’s been inspired by Berserk? Have you read any of his other works? Let us know in the comments!