We’ve got another Visions of Beast Rumor Engine and this one looks a whole lot like a mask made of a skull.

At this point, you probably know the drill. It’s Part 8 of this narrative-driven Visions of Beasts Rumor Engine “event” and the Lord-Ordinator Verrinus Longsight is back with another teaser image from the future. We’ve also got another letter to add to the mix (which we’re pretty sure was solved yesterday). Let’s check out the image then talk about the “rune” that showed up. 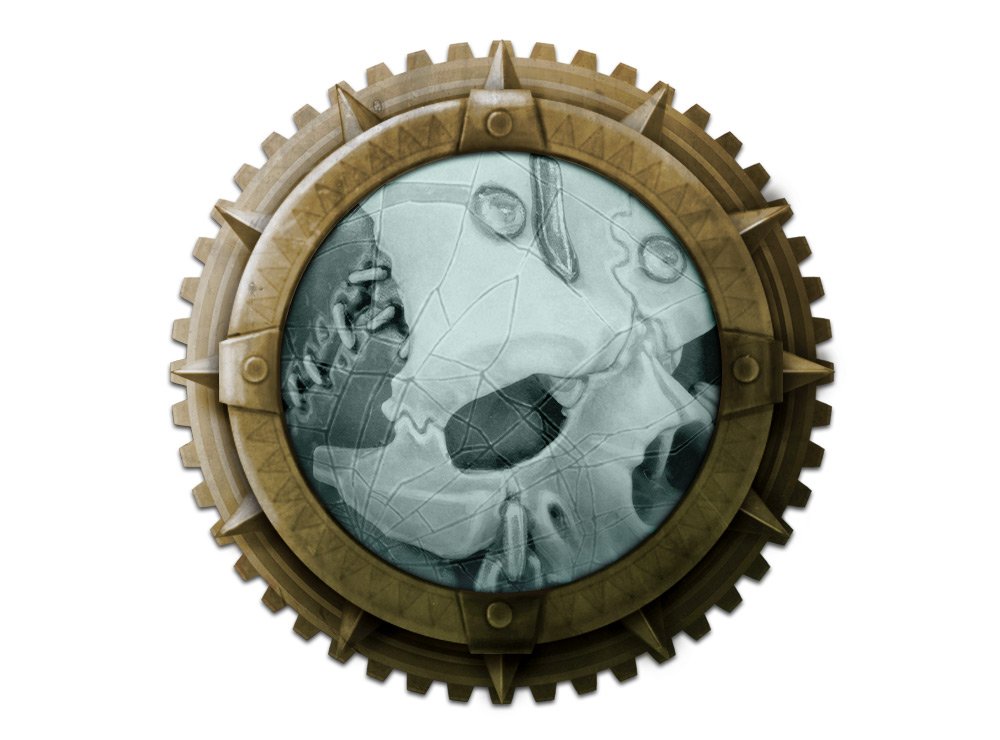 So what are we looking at here? Well, we’ve got a skull – or at least parts of a skull. You can see the eyes and the nose and how it’s basically been smashed-up and fashioned into …something else. There is some close/stitching on the side as well. What could that be? Unclear. There are also a couple of studs in the top part of the skull as well as some chain links on the bottom of the image.

This looks like it could be a mask of sorts. Or maybe it’s positioned on a shoulder or something like that. We’ve got eye-sockets but no eyes to speak of. Whatever it is, it sure looks pretty creepy.

The Runes Have Spoken

Now, on to the runes. Here’s what we’ve gotten today from the narrative:

“Another day passes, but for me, time holds no meaning until I can use the Rumour Engine. Through my sleep-deprived eyes, I discerned the ‘I’ rune within the cloud that erupted forth from the machine. ‘THONDI’, it now reads, and my suspicions as to the location being revealed have grown.”

As we pointed out yesterday, we’re dealing with Ghur. Thondia is on the map. We also know that Excelsis is going to be in play thanks to GW’s own lore bomb they dropped yesterday as well. At this point it would be more of a shock if the Rumor Engine’s Runes spelled out something different.

This all sounds like a build up for Kragnos and his arrival this weekend for Pre-Order on top of the announcement/preview for Age of Sigmar’s next edition. Only a few more days until that gets sorted out too.

So what do you think this skull mask is? Let us know in the comments section! 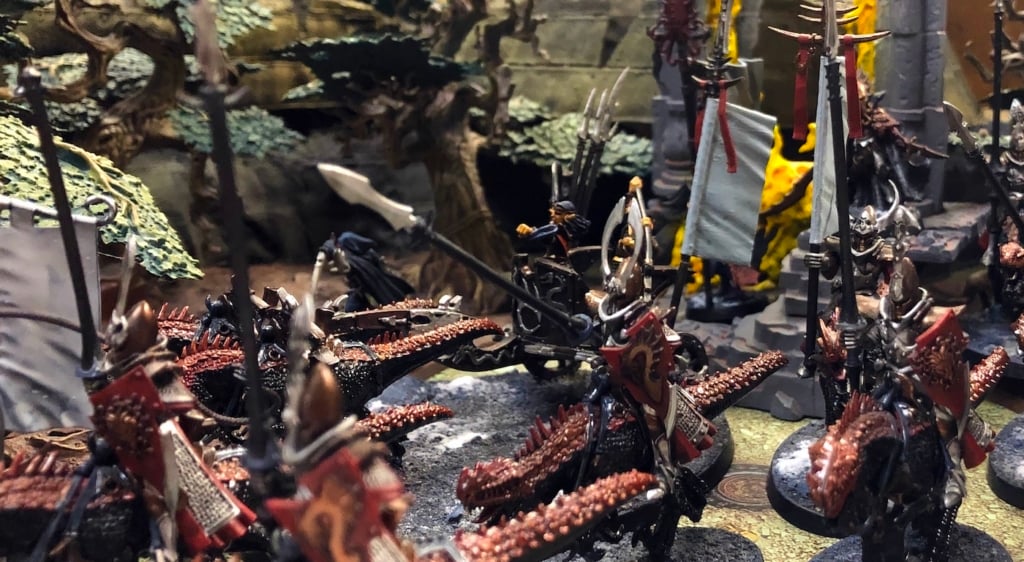