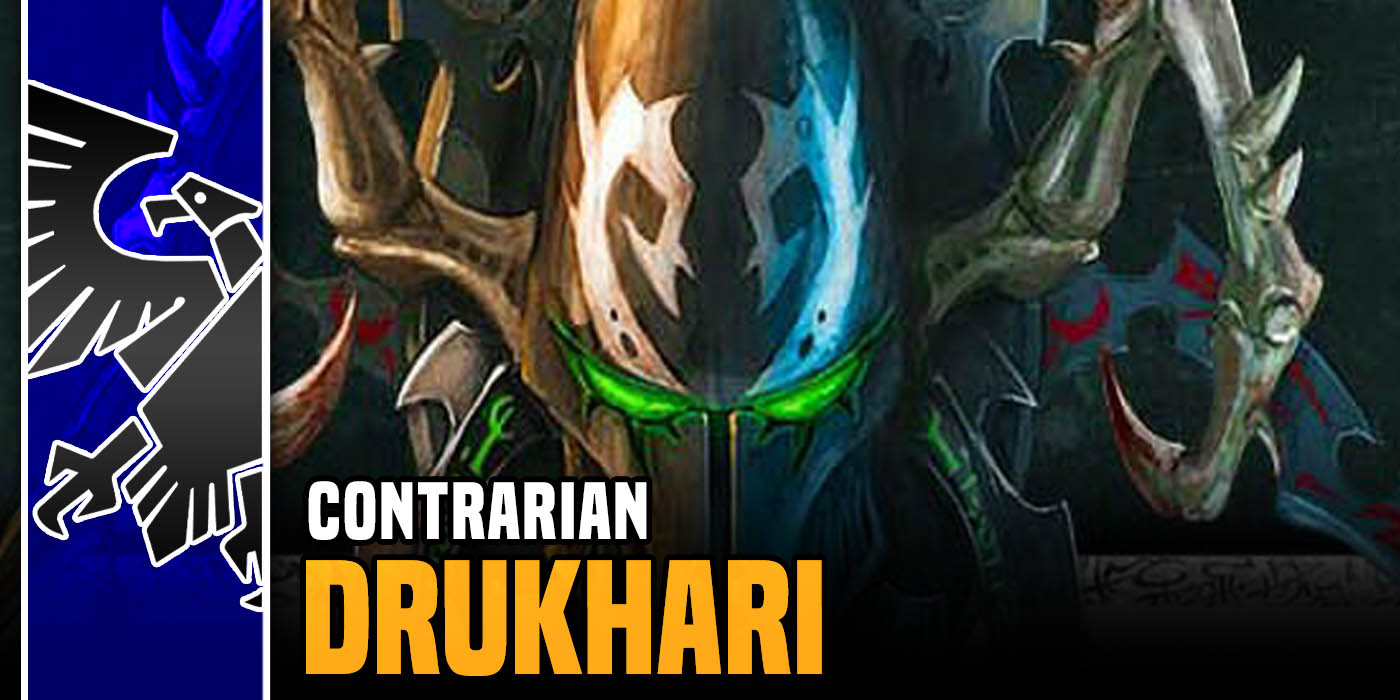 Goatboy here with a list that can do all the things – that ISN’T what people expect from Codex Drukhari.

This is just a list thought that isn’t fully set up.  I am not picking what could be a ton of weird Warlord traits and what not – but instead, just kind of throwing out a random list thought with points attached.  All I know is it isn’t full of Raiders, Dark Techno-beat-masters, or other bad stuff.  It is also all foot – so there is that for those wanting something different from a Drukhari list.  It also feels like it could do a lot of missions, be a pain in the butt to deal with, and be hard to get all the parts for unless you’ve been collecting Dark Eldar for a while.

I present to you…

Too many Drukhari  on the Dance Floor!

Dark Eldar Battalion (0CP)
Cult of Strife cuz why not 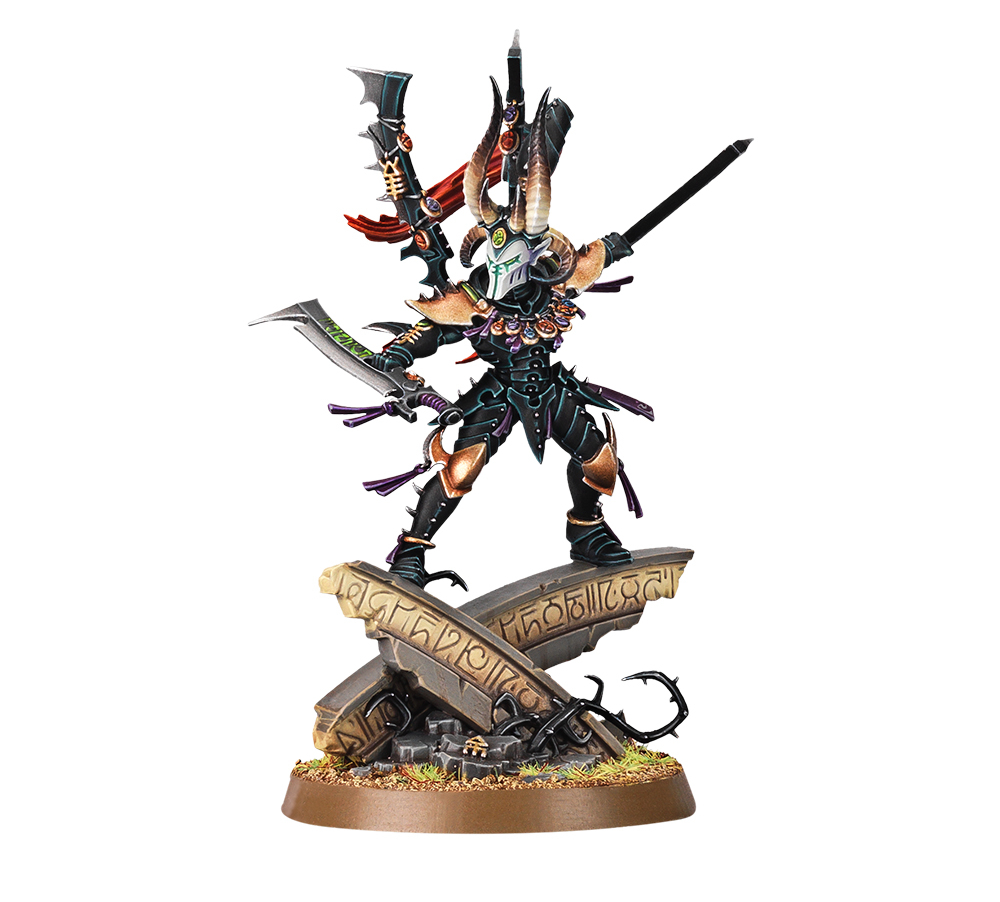 -HQ-
Drazhar – 135pts (So cheap!)
Succubus – Master Murderer or whatever, Razorflails or the other option, Warlord with stuff and Relic with stuff – 75pts 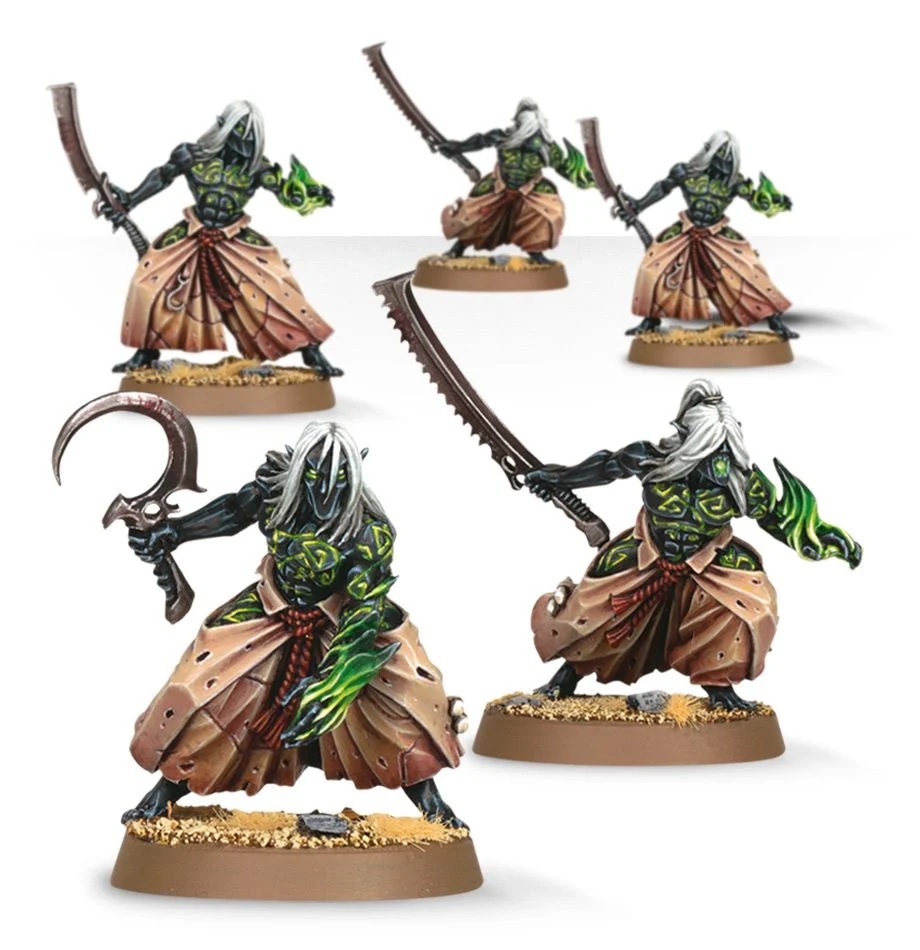 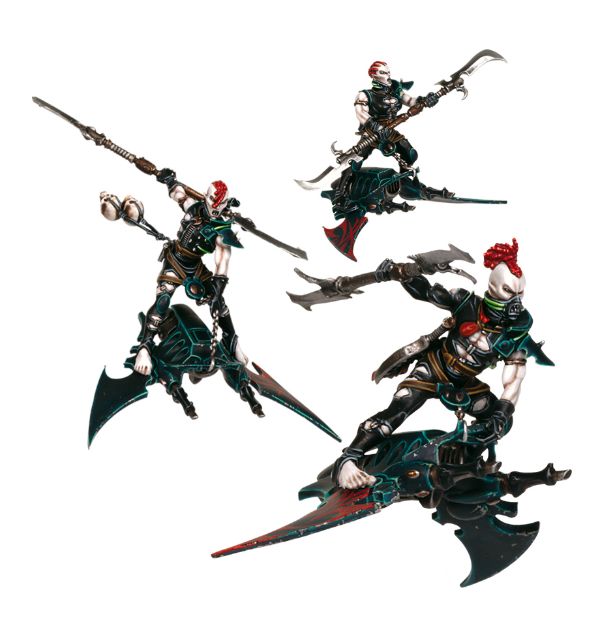 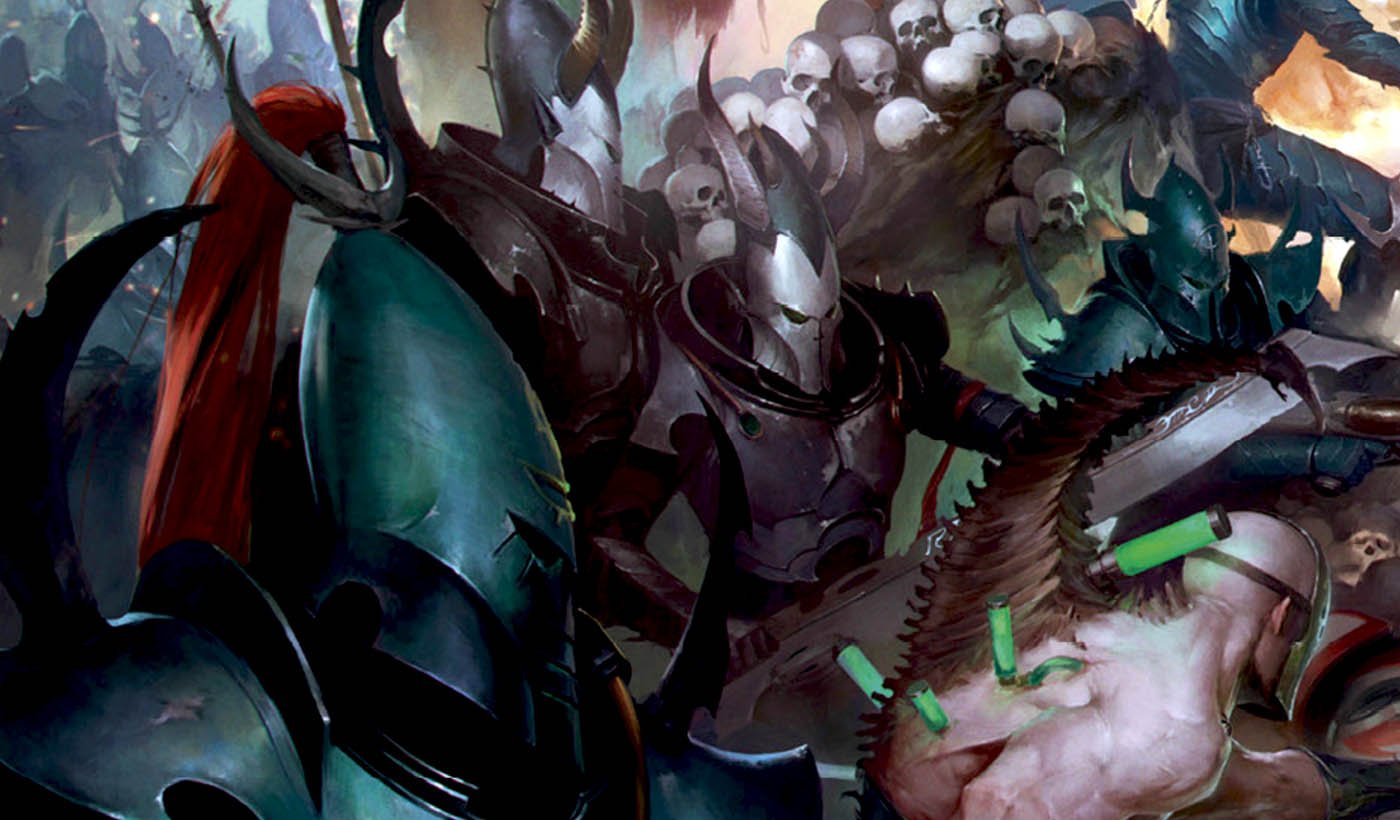 This list runs 137 bodies on the table that move fast, do a decent amount of damage, and would be a pain to remove.  You could do Herd the Pray, Banners all day, and almost all of the other options as you have you bodies to throw at doing the Secondaries.  Sure you are going to take some Blast Damage – but it is a ton of bodies on the table.  Split all the units up to 10 man, throw the Hellions into a smaller set of 2 units, and have the same footprints on the tabletop that is needed.  Lord that is so many bodies to try and chew through for most opponents.  Even though they are all T3 you only got 5 turns to try and stop them from getting to and on an objective.

I will say  I wrote this list late at night and thought – lord this army would look like some kind of old Horde army from back in the day.  Thus – this weird pile of angry pain addicts.  Of course – there is no way to get all of this as GW is sold out of everything but it doesn’t have Raiders so maybe it will be safe from a nerf or two coming?

Would you run a Drukhari foot horde? Think it can work?