Modern Horizons 2 is coming out very soon and with it come many fantastic blasts from Magic: the Gathering’s past, but with gorgeous new art. Check ’em out.

Modern Horizons 2 is around the corner now, and that means it’s spoiler season folks. And what a spoiler season it is. There’s something for just about every flavor of deck and every flavor of mana in the latest expansion, which brings back that feeling of opening up a booster and finding just absolute value waiting within. For Modern and Commander players, the new set promises to expand the horizon, and that means bringing a lot of powerhouse cards to the Modern pool. Cards like:

Here’s Dakkon, Shadow Slayer, a new Dakkon now incarnate as the Planeswalker he’s always been. And as a nod to his original form he has Loyalty counters equal to the number of lands you control, which means depending on when you bring him in, you’ve got some power you can immediately start playing with. 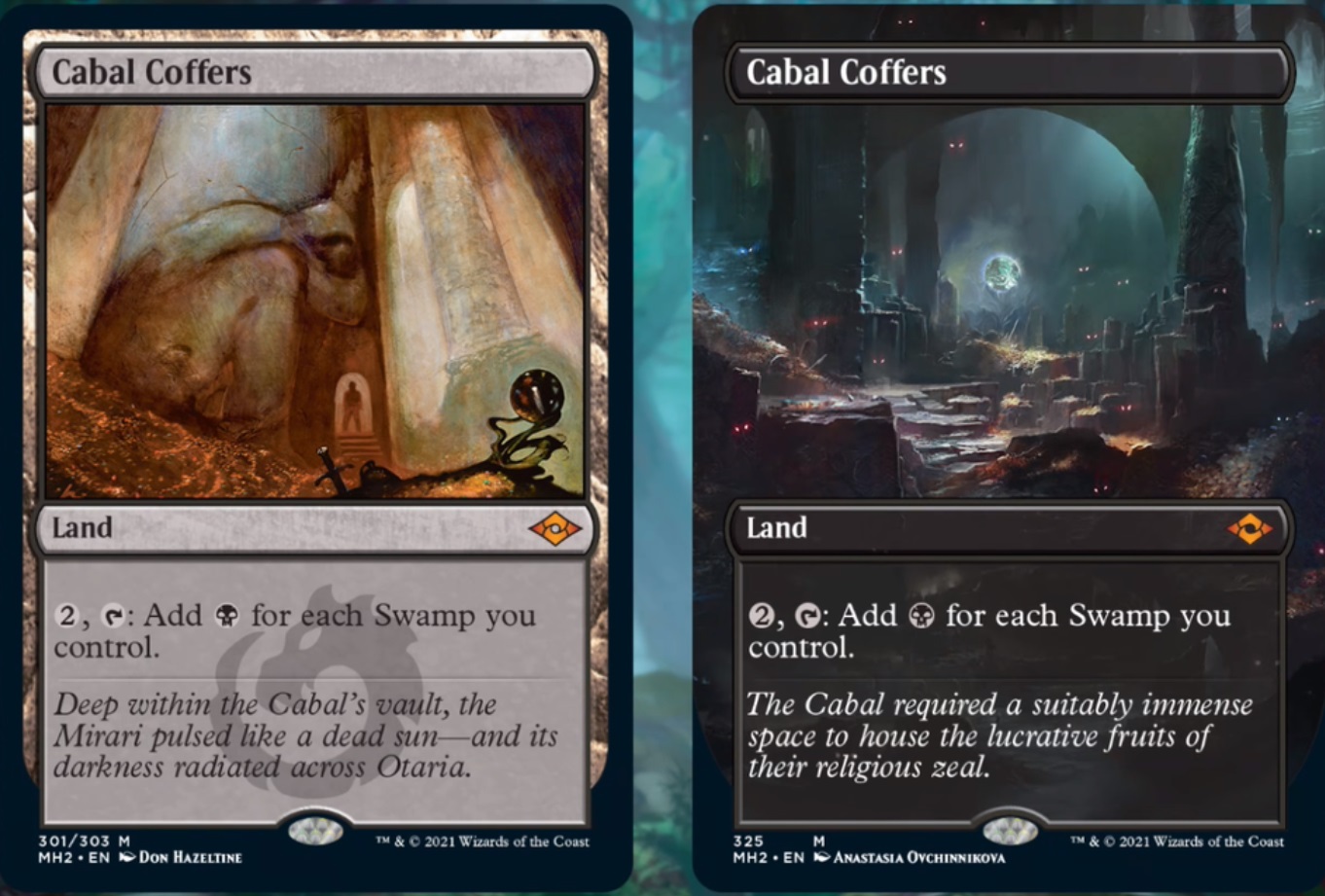 Other folks spotted the Cabal Coffers, ready to open a ton of black mana if you can pay the price. 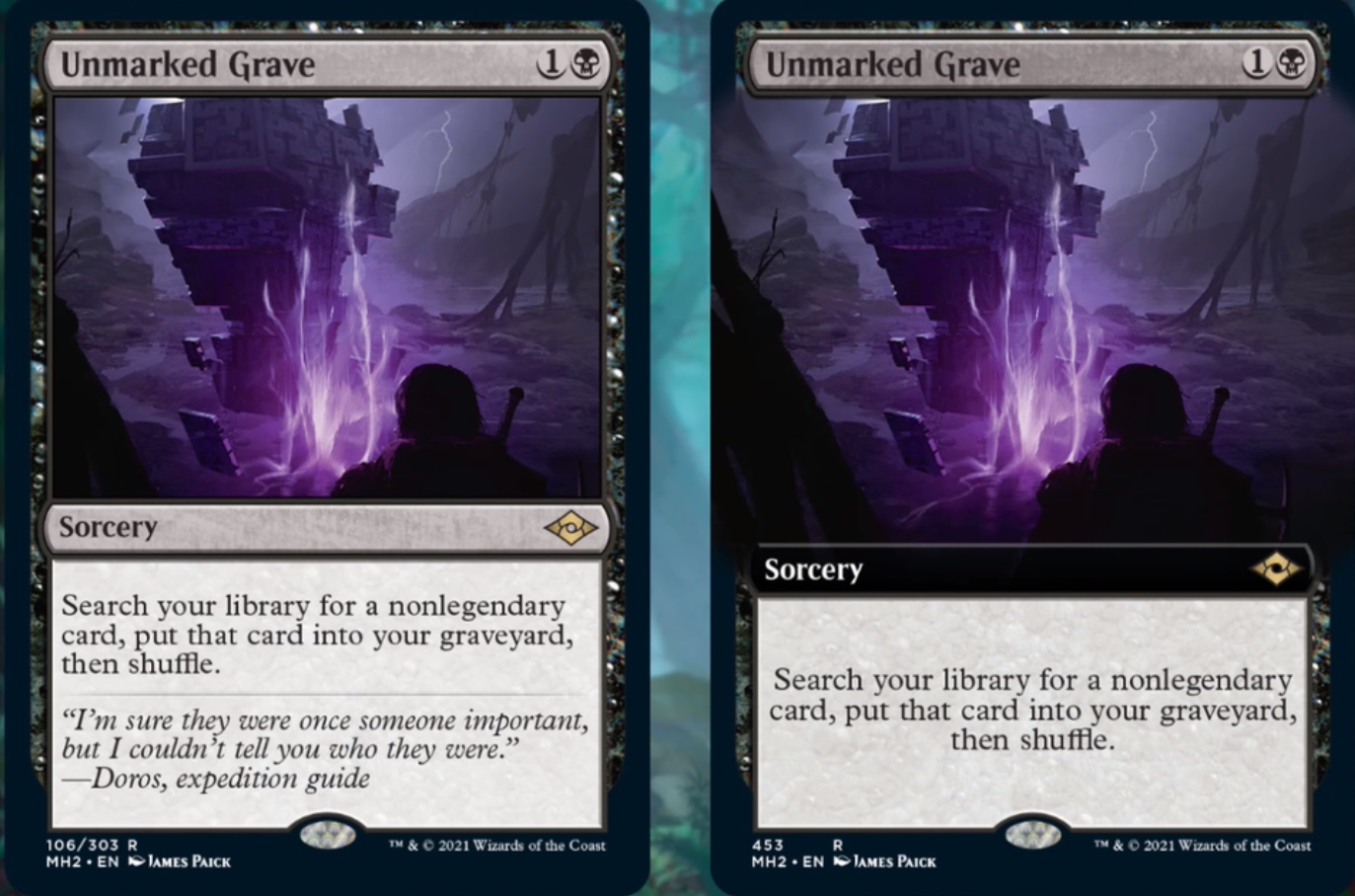 Unmarked Grave is a fitting end if you’re ready to exhume your graveyard. Anything that lets you tutor. 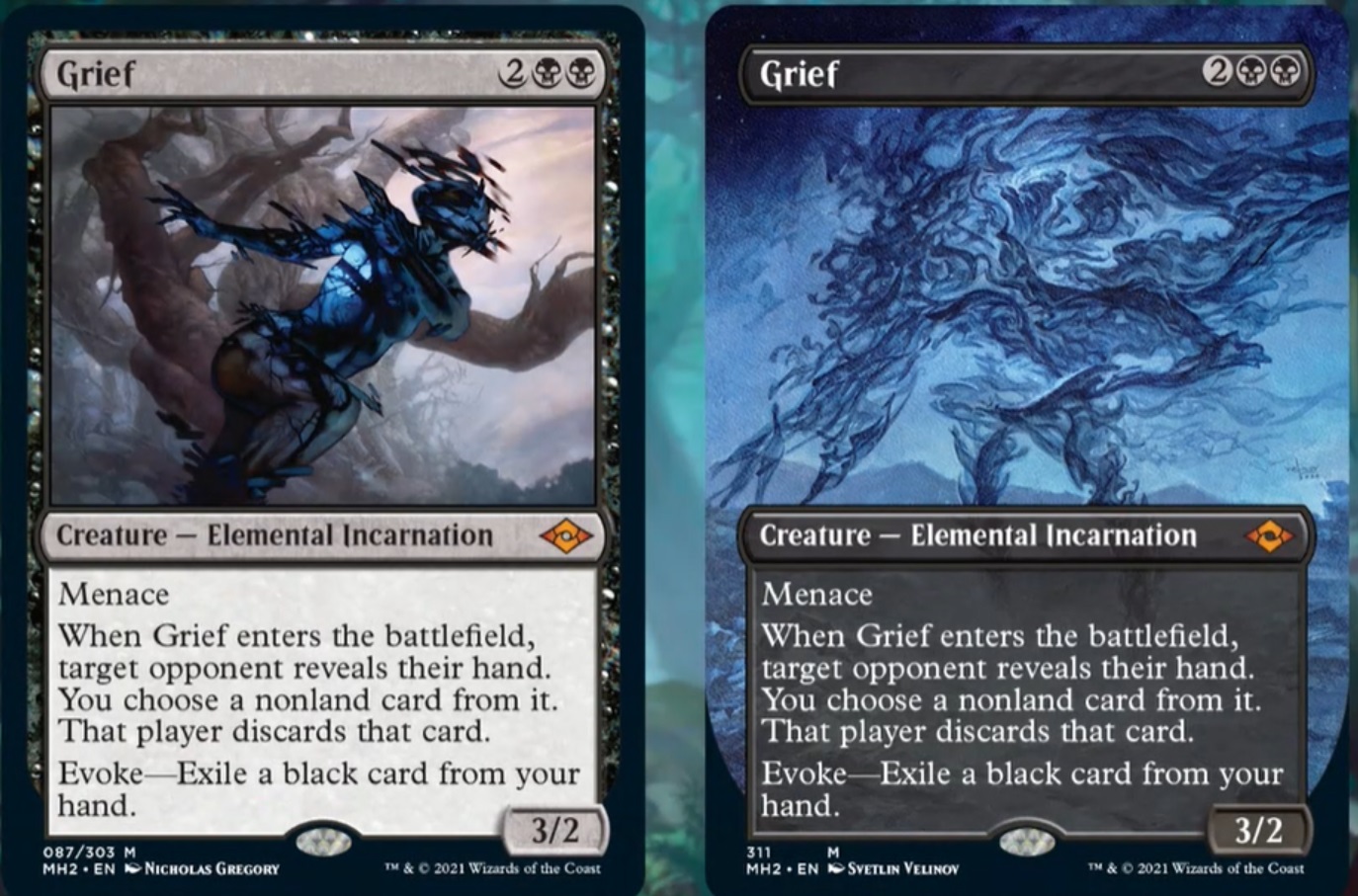 Speaking of graveyards though, Grief is at hand, ready to ruin some plans. 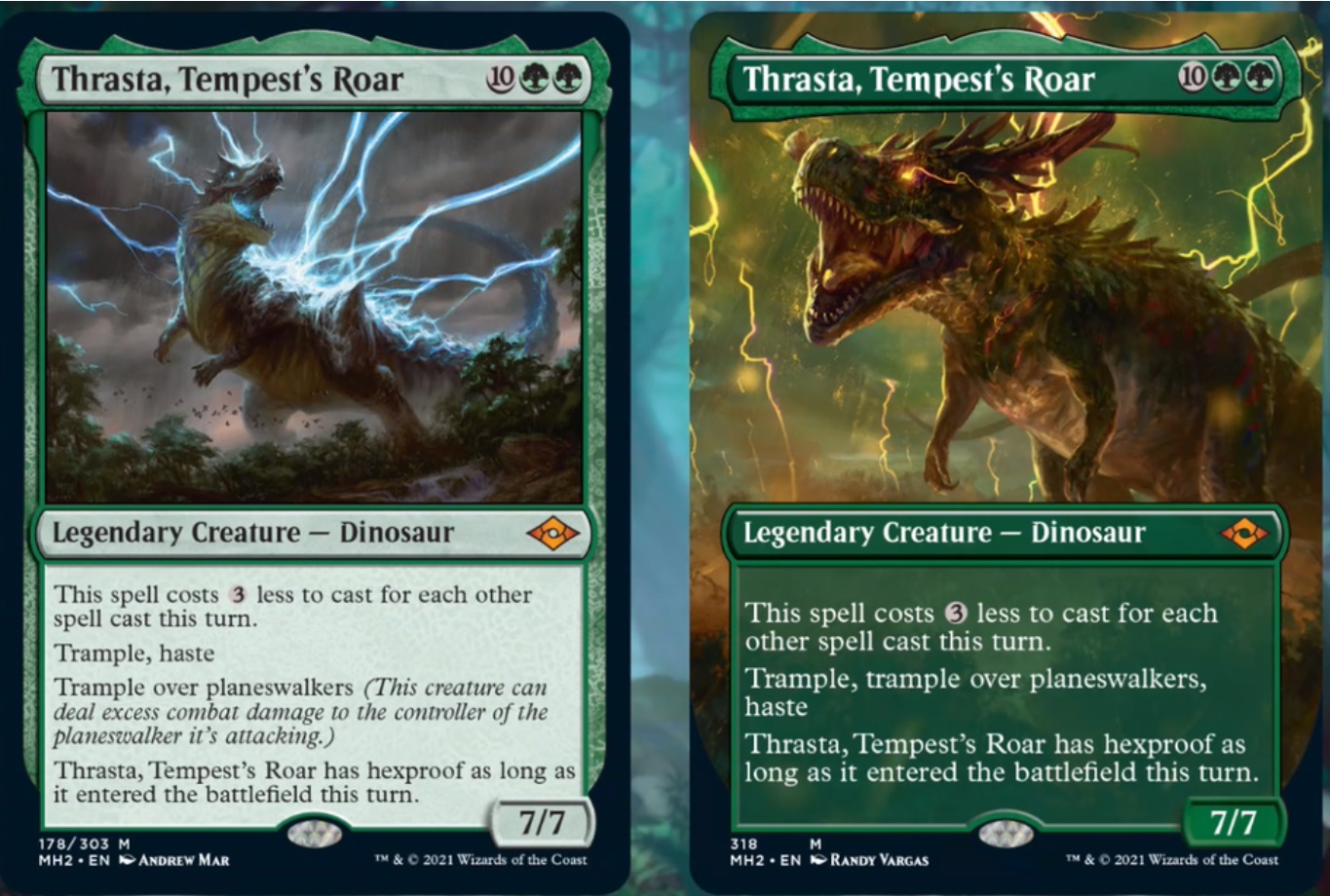 And finally, Thrasta, Tempest’s Roar, who brings to the table the rare ability to trample over Planeswalkers as well, for the ultimate in dinos. Look there’s a reason that Really putting the Rex in Lightning T. Rex

All this and more await you in Modern Horizons 2. Be sure and check back for more spoilers as they’re unveiled. 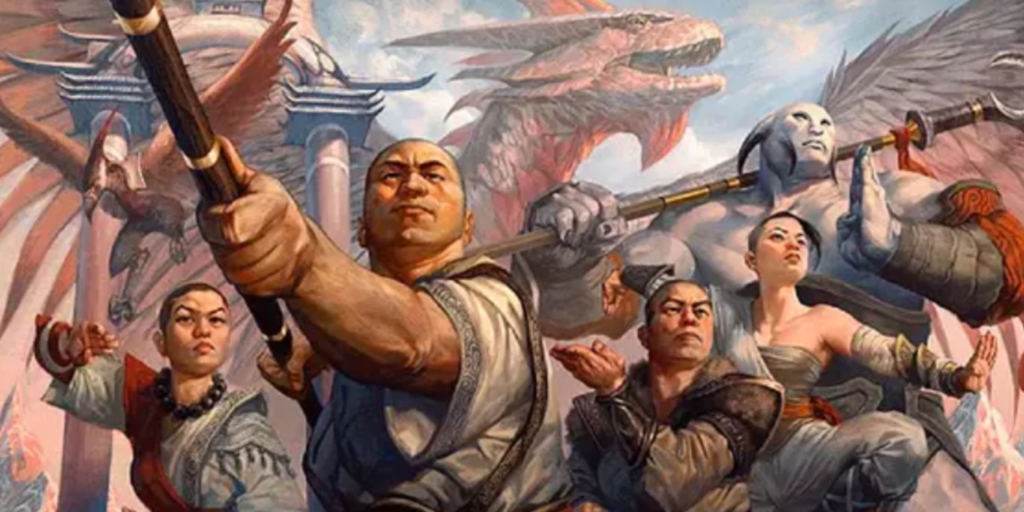