Necromunda: Lady Credo Model Revealed – The Lady of the Underhive 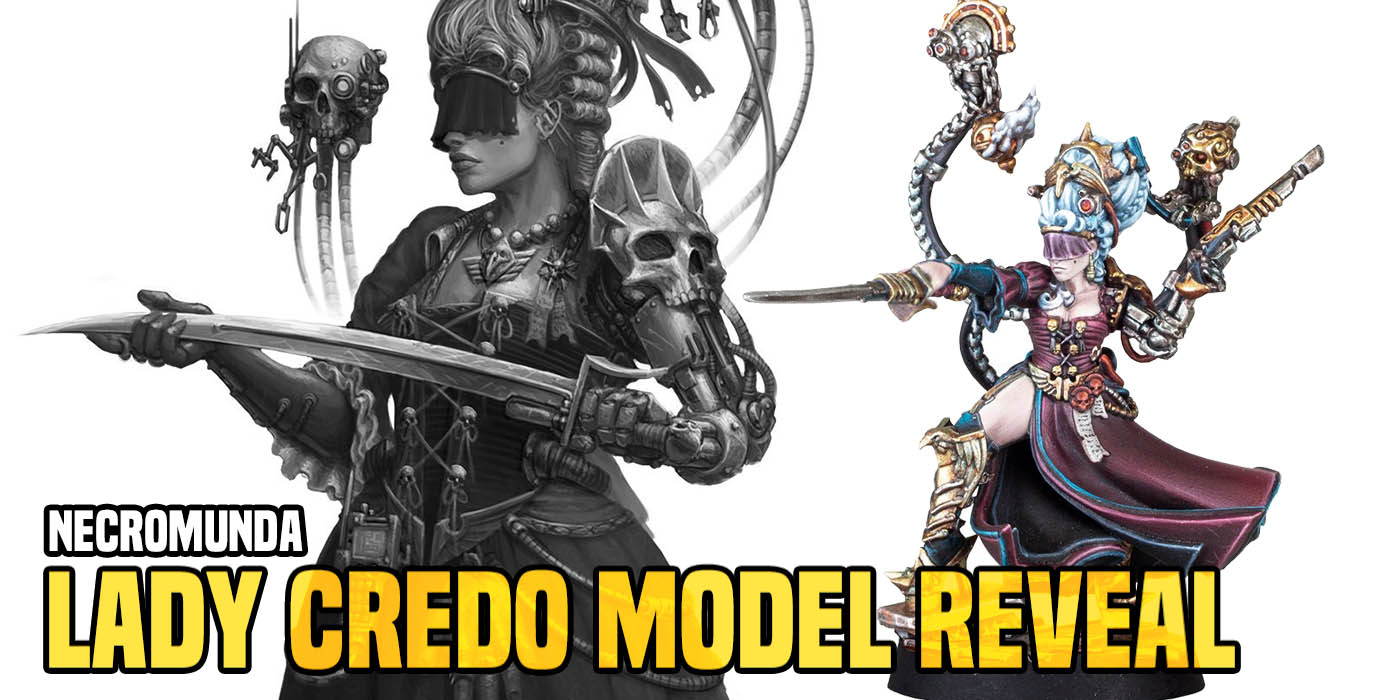 There’s a new dramatis personae roaming the Underhive. Lady Credo has dipped below the Spire and she’s wanted by Lord Helmawr himself! Come and see her new model.

Lady Credo is a “fallen” member of the Imperial House. She used to live in the Spire and rub elbows with all the big wigs of the Hive. But now she’s brought her fancy wig down in the Underhive after a bit of a falling out. On one hand, she’s got a bounty on her head that could be worth trying to claim. On the other hand, she’s well armed, she’s rich, and she also pays rather well. And now she’s got a new model that you can bring to the tabletop. 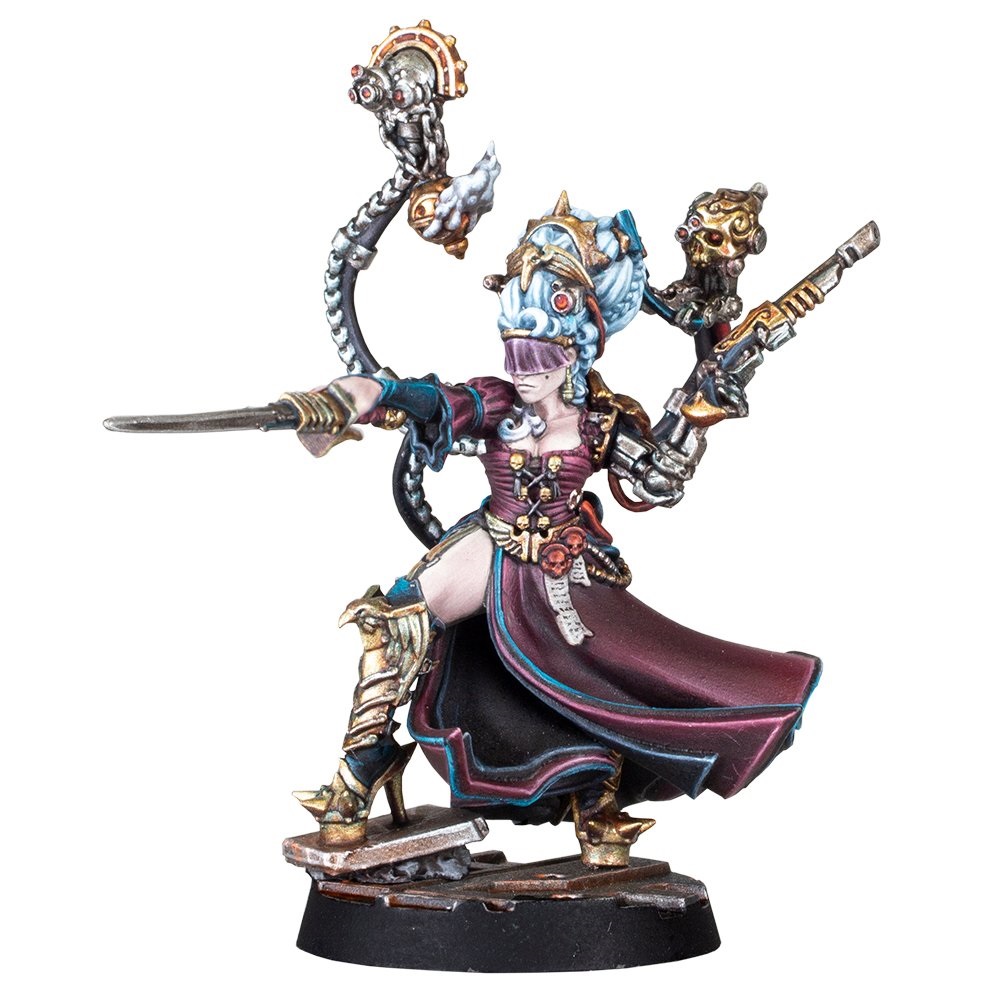 “Lady Credo is one of these problems. We don’t know what happened to her in the Spire and, frankly, it’s above your paygrade to care about such things. All you need to know is that she’s very well armed and has a massive bounty on her head. She’s also rich, so any gang that isn’t hunting her, she’ll be paying to protect her. Usually, we’d let such things play out naturally, but Helmawr has made it very clear that he doesn’t want any rebel lords running around with ideas of vengeance against the Imperial House.”

She’s got a fancy look for someone in the Underhive for sure! That hair is pretty impressive (but don’t ask if it’s a wig). She’s also got a pair of attendant servo skulls which probably don’t come cheap. Lady Credo is also well armed for the occation with a sword (probably of the power variety) and a fancy looking las-pistol of some type. Aside from all those options, she’s got some serious …boots? Or stilettos? Look, I’m not really up on shoe things – I just know that those look like she means business and I’m pretty sure House Escher is going to want to know where they can get some shoes like those. 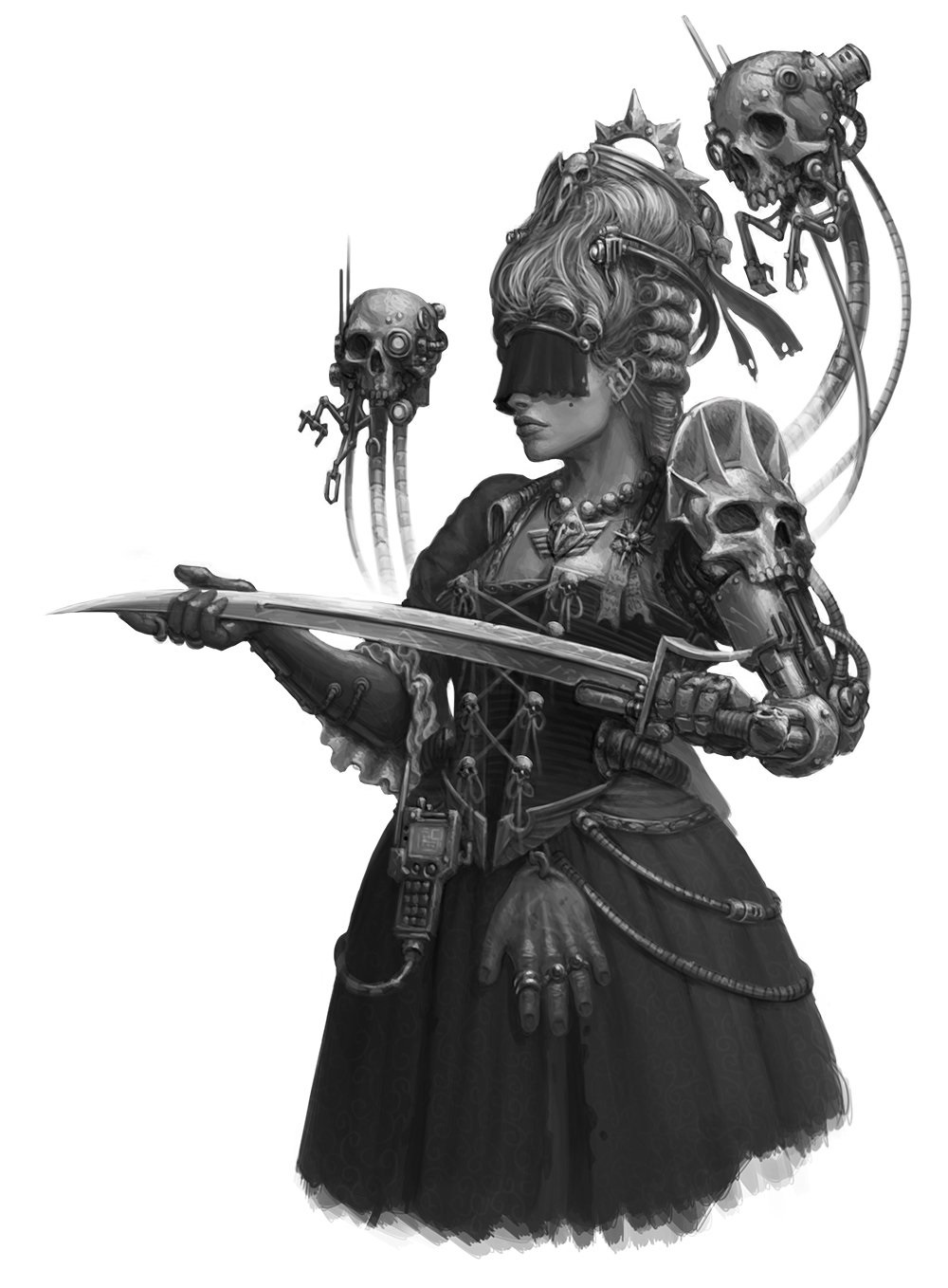 Whatever the case, Lady Credo is going to be available to take on gangs in the Underhive soon enough. Be ready when she’s comes to your neck of the ‘Hive!

Armored Leg Greaves and fancy stilettos? Yep…that’s the Spire Style for you. 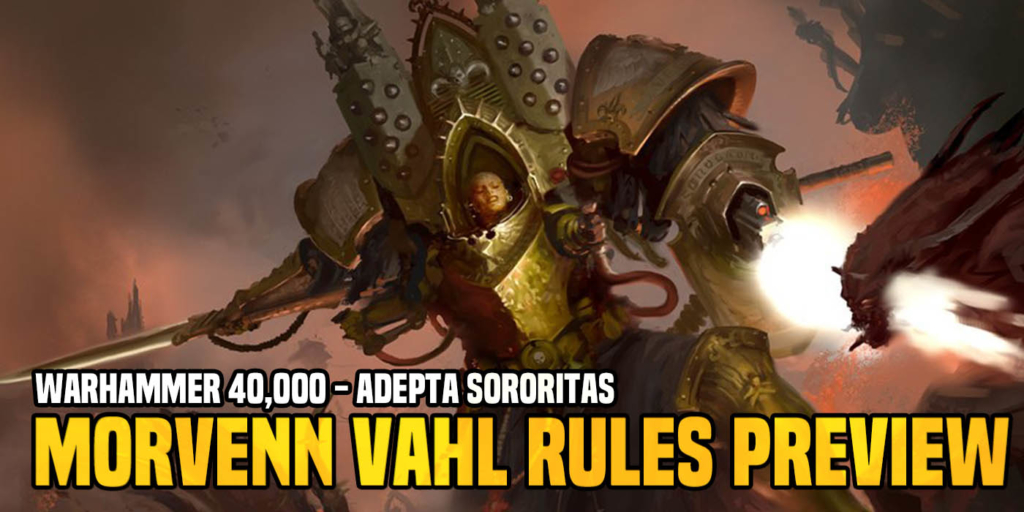