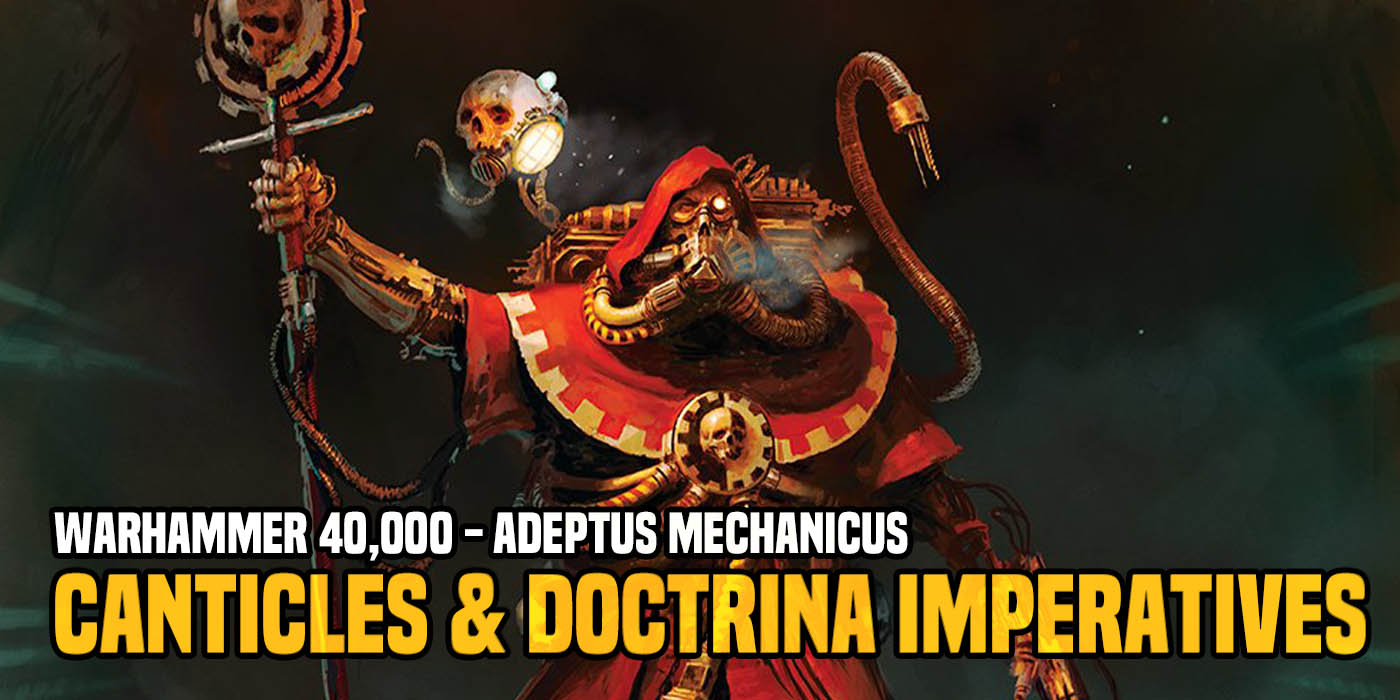 It’s a religion. It’s a military. It’s the Adeptus Mechanicus! Today we learn how their Canticles and Doctrina Imperatives will work in the new codex.

The Adeptus Mechanicus are an organization that builds, maintains, and uses weapons of war (among other things). Their devotion to their craft goes beyond simply working the forges – it’s a zealot-filled religion of warriors-priests and followers of the machine-god. They just so happen to be on the side of the Imperium. But within that faith, they have their own set of beliefs and rituals. Those in close the chanting of binharic canticles and the practice of Doctrina Imperatives.

The Canticles of the Omnissiah

We’re getting a look a few of these Canticles today – but rest assured there are more in the upcoming codex. 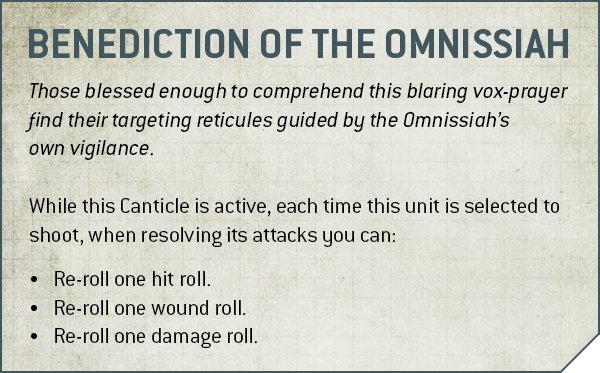 A solid option for ensuring those shots not only find their mark but they also leave one! 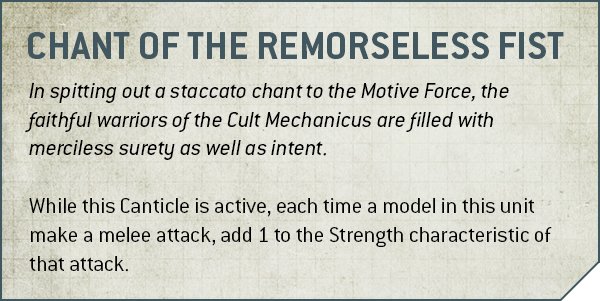 This canticle is for when the enemy is too close for guns so you have to switch to fist. 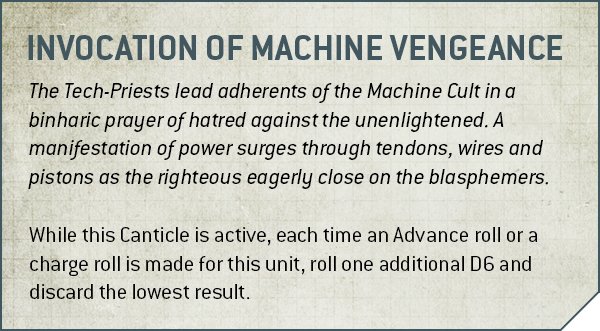 Do you need to get-up and go? This canticle will motivate your forces to move with some pep-in-their-step.

“The dulcet tones of the Canticles just don’t cut it for the Skitarii, however, so a judicious Tech-Priest or Skitarii Marshal has to take a firmer hand. That’s where the Doctrina Imperatives come in. Think of these override subroutines like orders handed down to the troops, except they can’t even think about saying no.  “

There are four Imperatives to chose from. Today, we’re getting a look at two of them. These abilities have a give-and-take aspect to them. When active, you’ll find these units are better at one thing in particular but some other aspect takes a hit. Let’s take a look at those examples. 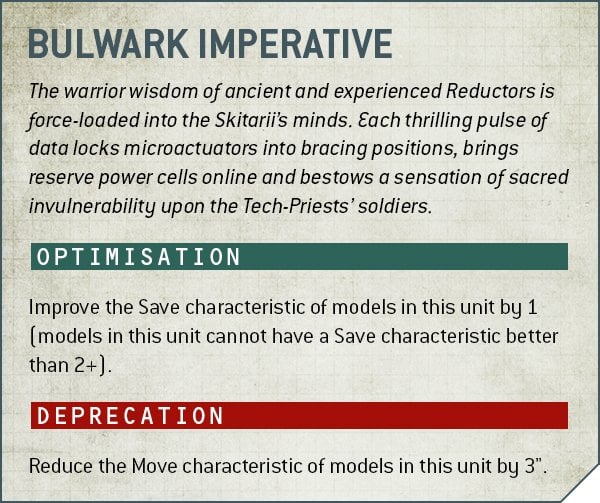 Their save becomes optimized but they loose some mobility. If you’re already dug-in that might be worth it! 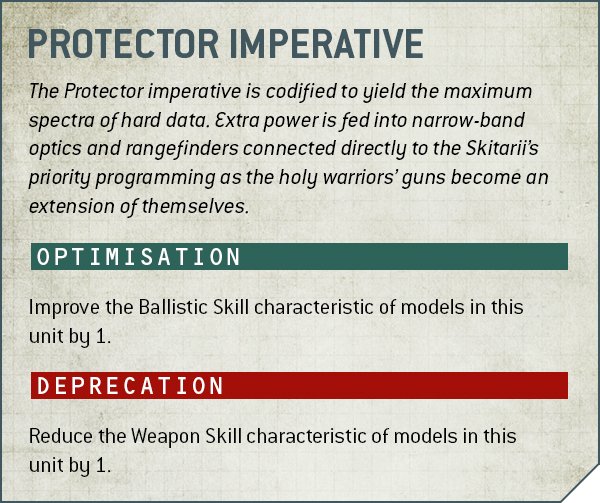 You’re going to have to rely on your shooting this option ensures you’re shots are going to land more accurately at the cost of your hand-to-hand prowess. But they can’t punch you if they are already obliterated by your gunfire… 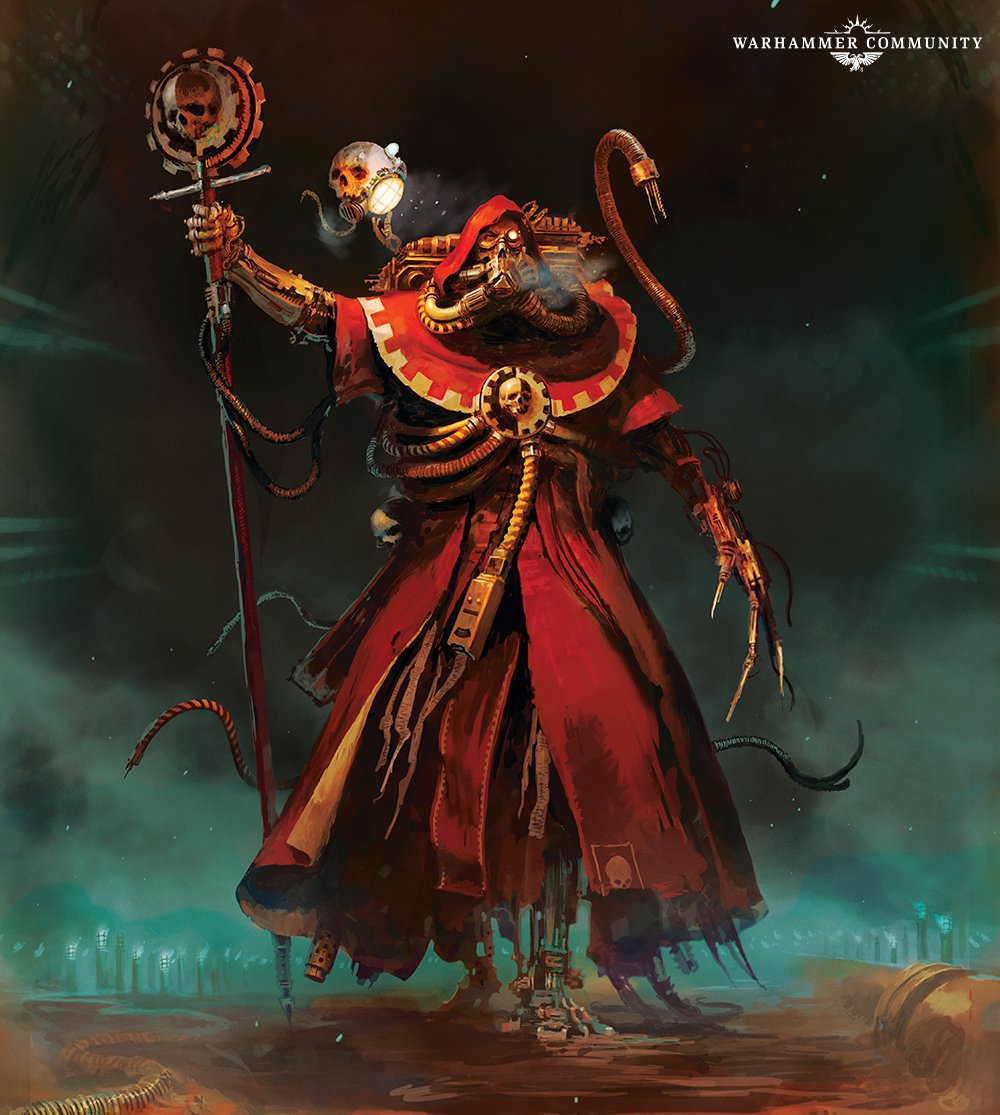 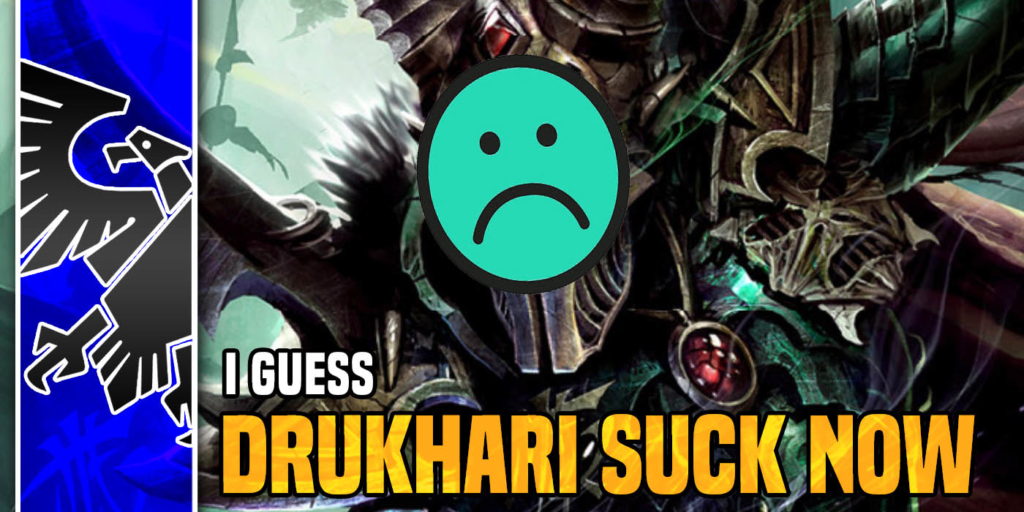