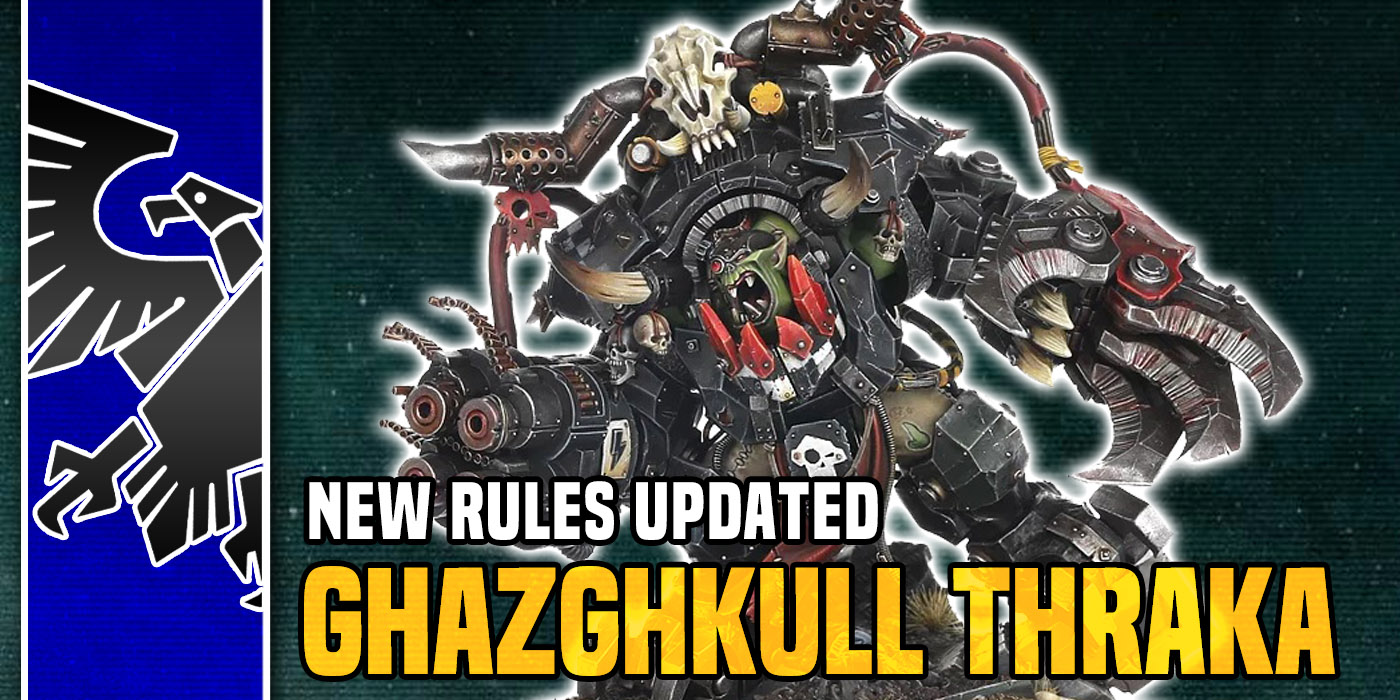 Ghazghkull Thraka is back with an updated set of rules for 9th edition. Take a look.

This image from a miniature assembly guide has been doing the rounds. It appears to be from a new repacked set of Ghazghkull Thraka.  It is all over Reddit, and various forums. 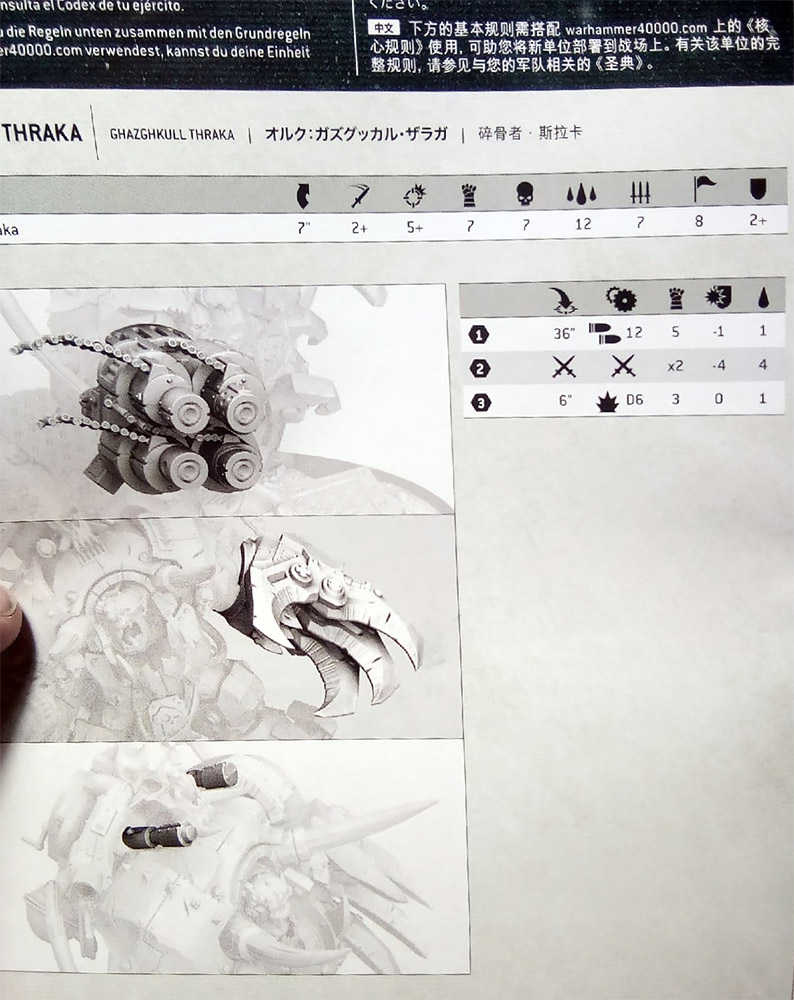 OK, so the giant news is the move from Ghaz’z degrading stat-line to a fixed stat-line.  This alone makes him a much nastier threat, able to dish out the pain to the very end.

His attacks are increased from base 5 to 7 (what they used to be when he was almost dead), and to be honest, that is right in keeping with the increased lethality of 9th Edition. With his Gork’s Klaw dish out D4, Ghaz has enough attacks to singlehandedly take out all but the biggest targets if he’s lucky.  If you can start buffing him and throwing out rerolls – he could be truly terrifying,

But the big mystery is what isn’t on the assembly guide – Ghaz’s special rules. The number one thing that makes Ghaz Ghaz is “Prophet of Gork and Mork” capping his damage at 4 per phase. We’ve seen it before in Age of Sigmar’s Morathi and it makes him a real pain to remove from play.  We will have to wait and see what the full codex will bring.  That said – the existence of this datasheet in the wild is evidence that an Ork codex isn’t too far away. 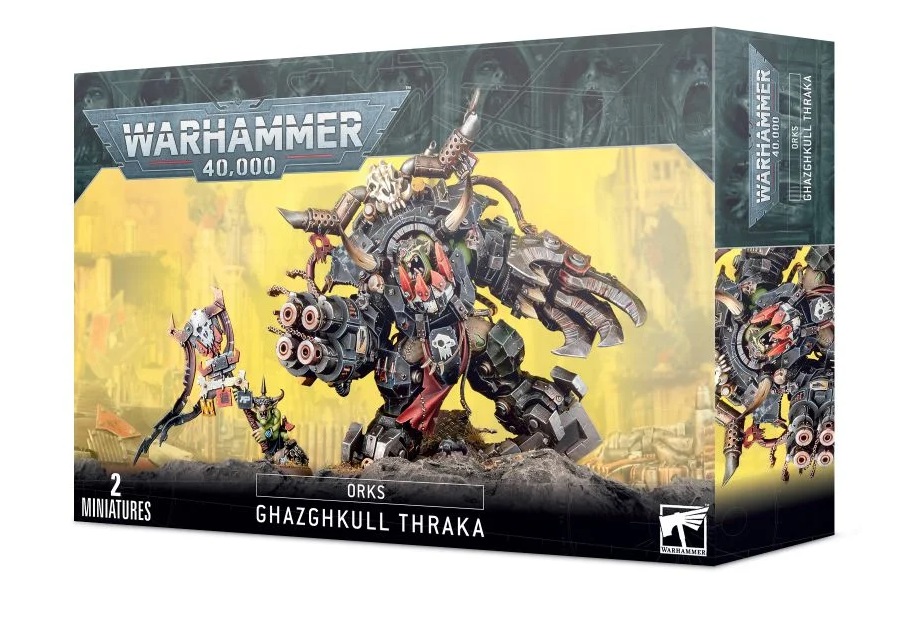 UPDATED: Fixed an error in describing Ghaz’s number of attacks.

Necromunda: Lady Credo Model Revealed - The Lady of the Underhive 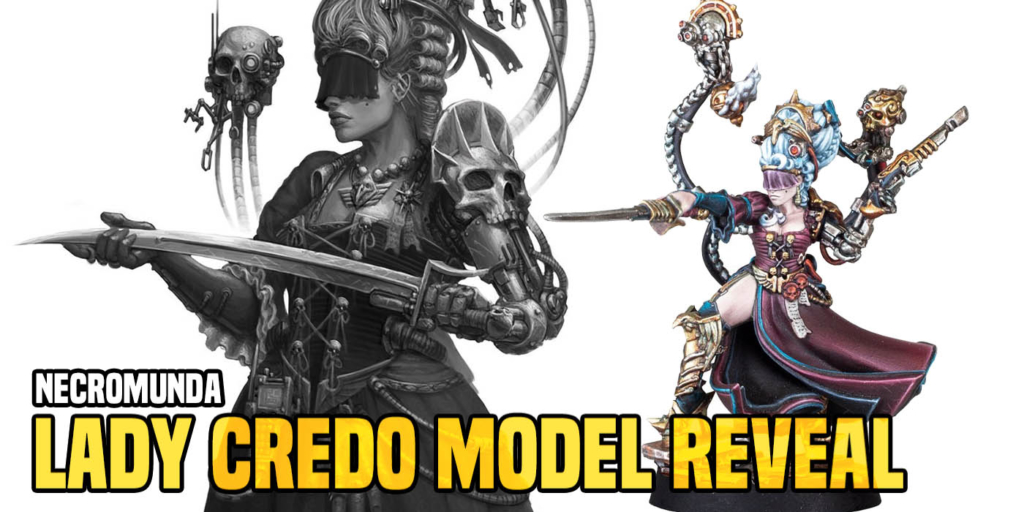