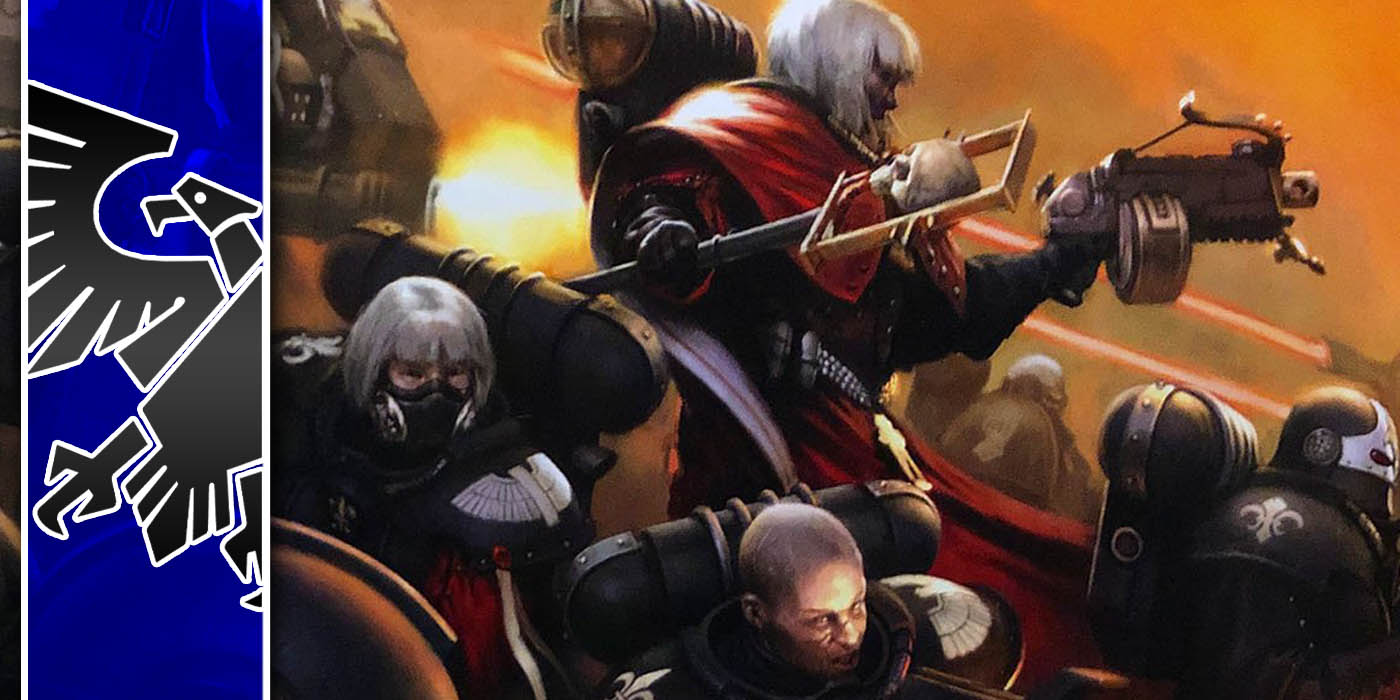 Get ready for everyone to joke that 10th edition is only 6 months away, the Adepta Sororitas codex is up for Pre-Order next week.

The Adepta Sororitas’ new codex is up for pre-order next weekend, and with it comes a cavalcade of new miniatures including awesome new powered warsuits that enhance their powered armor, and maces enough to outfit an entire party of D&D Clerics. The new miniatures are ready to take their undying faith in the Emperor to the battlefields of 40K. Let’s take a look. 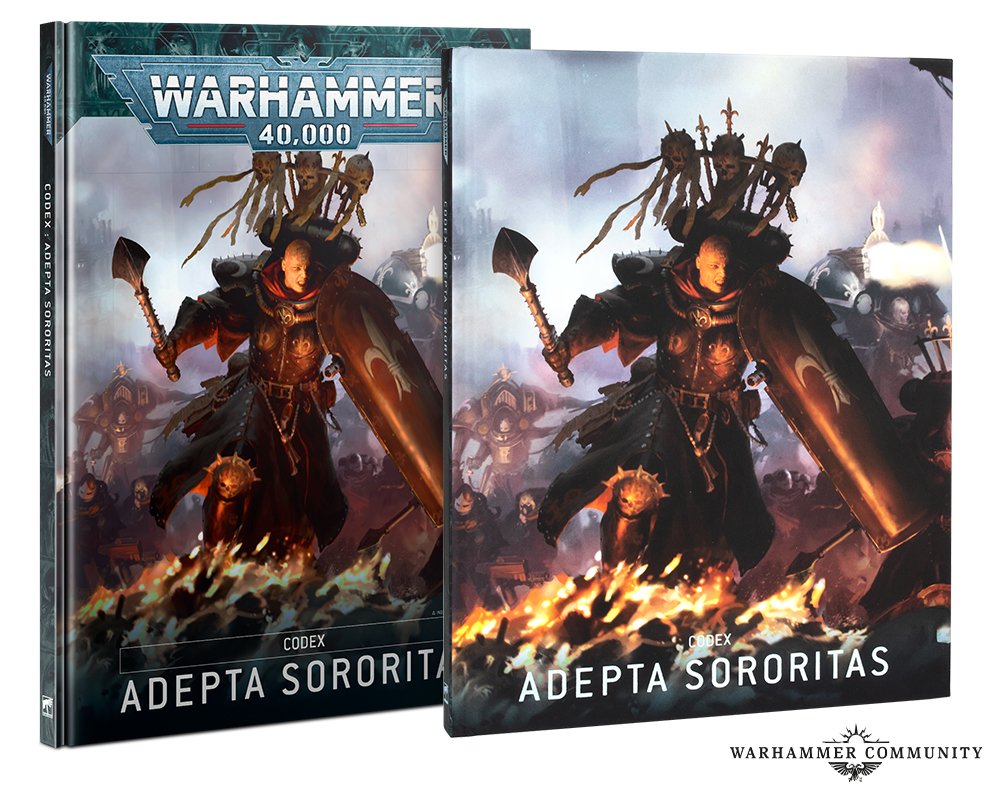 Codex: Adepta Sororitas includes all of the rules and datasheets you need to bring the armoured fist of the Adeptus Ministorum to your battlefields, as well as page after page of in-depth background information, gorgeous photography, and stunning artwork. For the truly faithful, a luxury collector’s edition is also on the way to really show off your devotion to the Emperor.

First up, the new Adepta Sororitas codex, which updates the Sisters of Battle with new rules and more. And like every Codex, it comes in two flavors, original and deluxe.

The new Codex is certainly exciting, but the real treasure of next weekend’s pre-orders are the Adepta Sororitas’ new Paragon Warsuits, which give them power armor for their power armor. 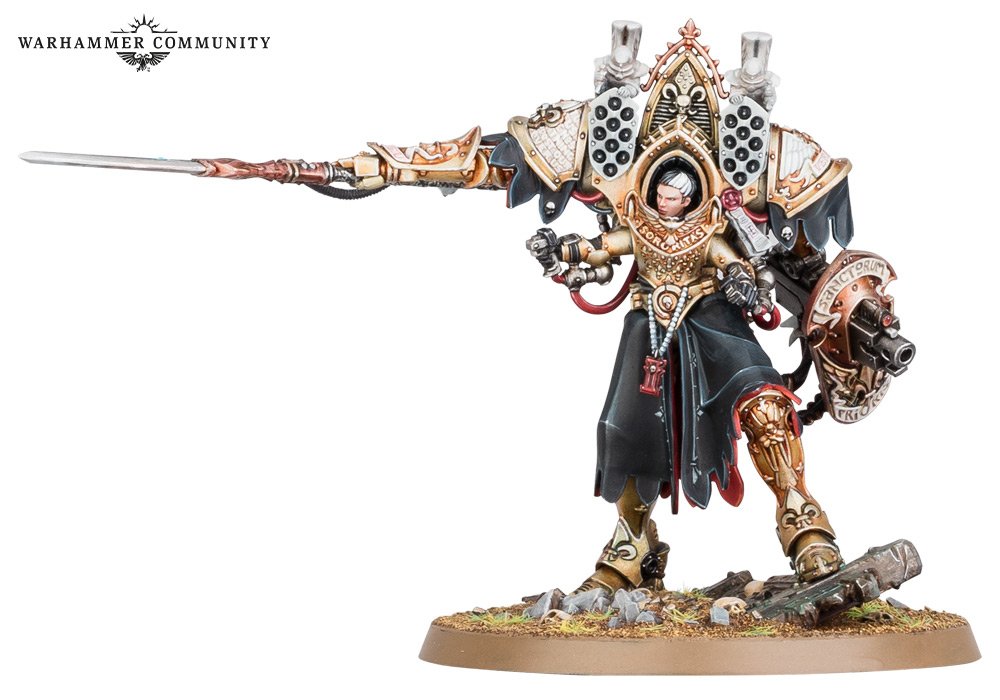 That’s the Abbess Sanctorum Morvenn Vahl, who also happens to be a High Lord of Terra. Clad in a Paragon Warsuit, she boasts powerful weapons and heavy armor that will let her (and her elite battle sisters) stand up to the extra-galactic monsters, ancient robots, and daemons that tower over them on the battlefields of the 41st Millennium. 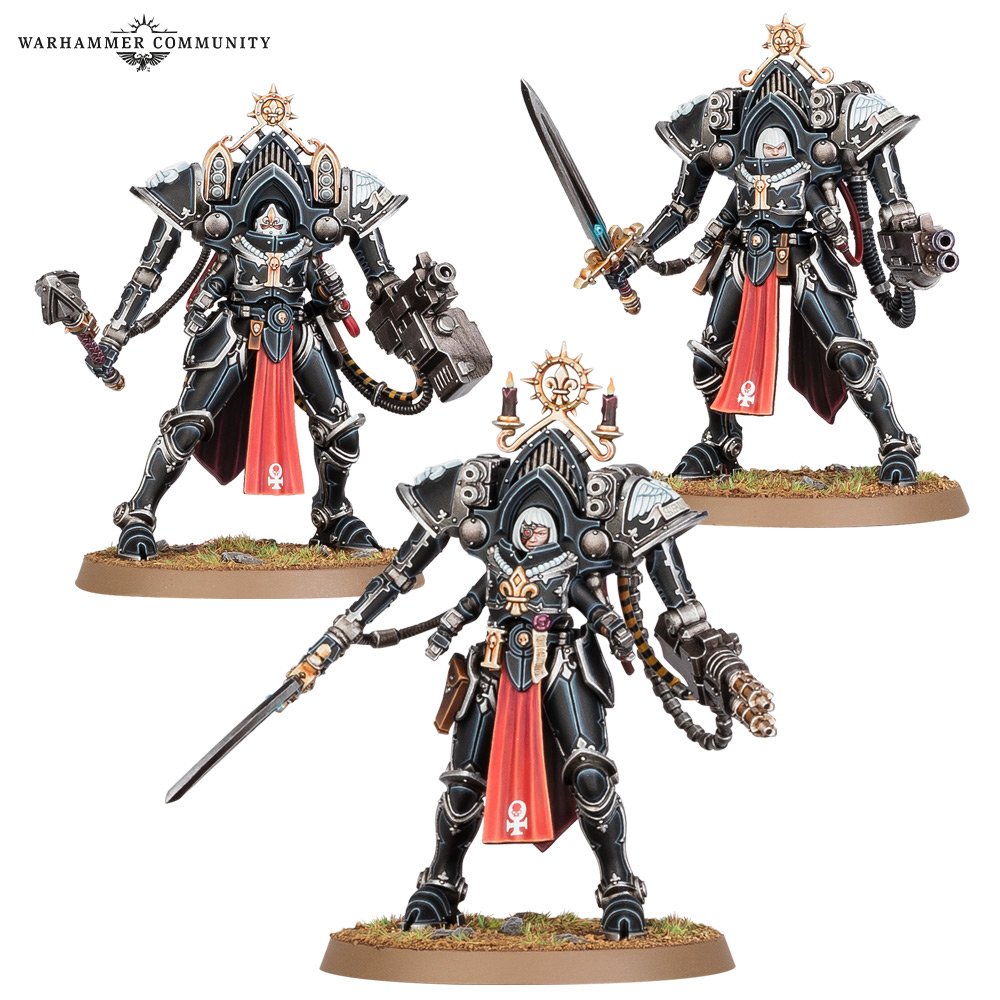 The new designs look fantastic, with a design like a better penitent engine. In fact all the new sororitas minis look incredible, including the new Celestian Sacresants: 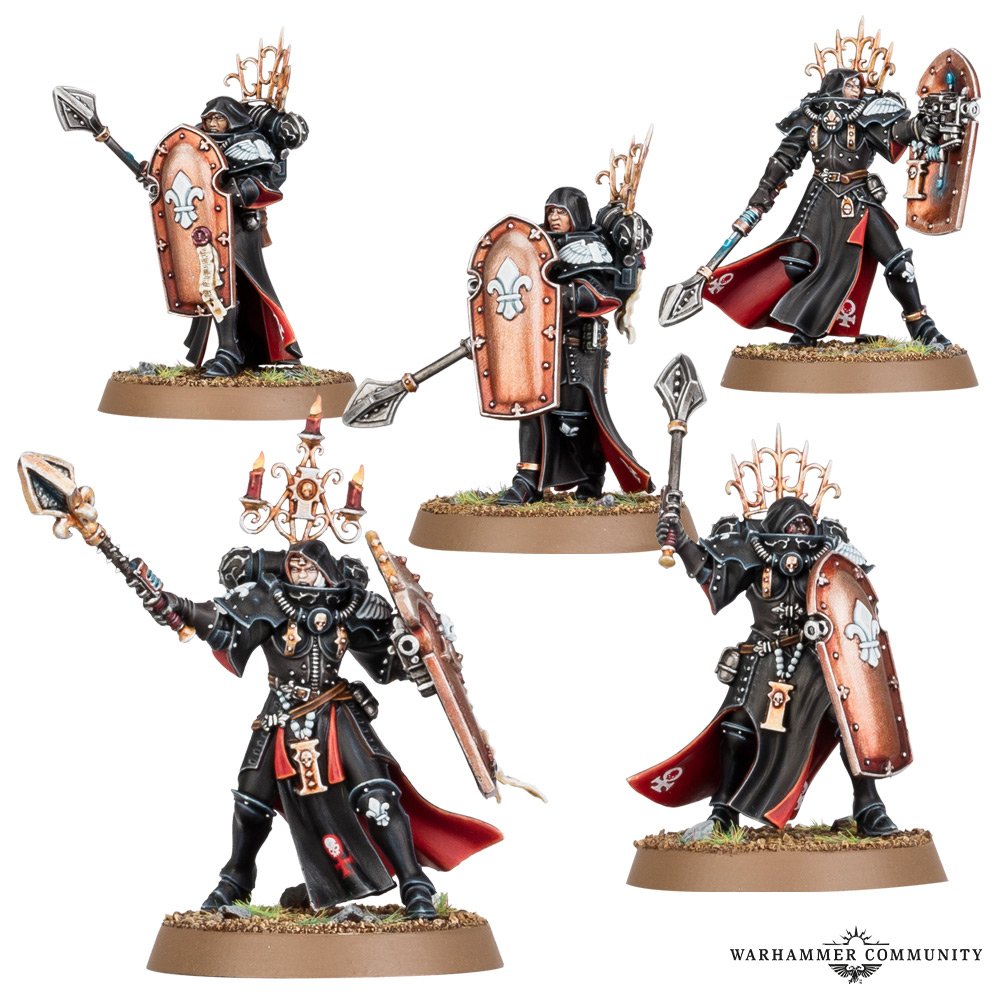 Celestian Sacresants load up their heavy power weapons and wade into close combat,  equipped to soak up the heaviest of enemy attacks with their huge shields. They’re also dab hands at protecting your Characters, which comes in handy when the fighting gets up close and personal.

Finally, there’s the Dogmata, who as you can see, looks exactly like the kind of person you’d expect to be singing battle hymns in the grim darkness of the distant future. 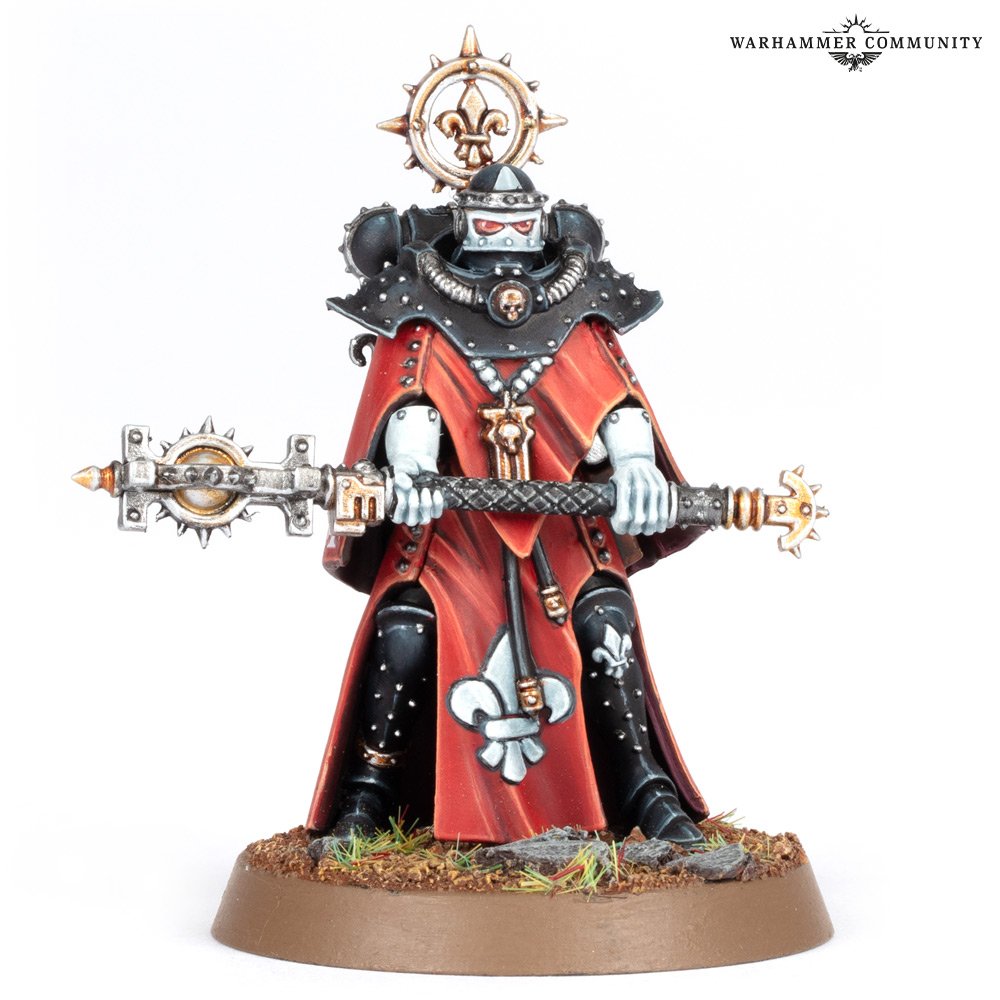 The terrifying Dogmata is here to keep a close eye on her fellow Sisters and galvanise them with her rousing hymns. That’s not to say she’s just a glorified motivational speaker, though – her mace of the righteous might be a ceremonial mark of office, but it’s also still a mace.

All this next week

Author: J.R. Zambrano
Bell of Lost Souls Staff Writer and DM, J.R. covers RPGs of all stripes and on occasion eats sandwiches. You can ask him about either at [email protected]
Advertisement
Miniatures Sisters of Battle - Adepta Sororitas Tabletop News Warhammer 40k
Advertisement

Warhammer 40K: The Riddle of Complexity 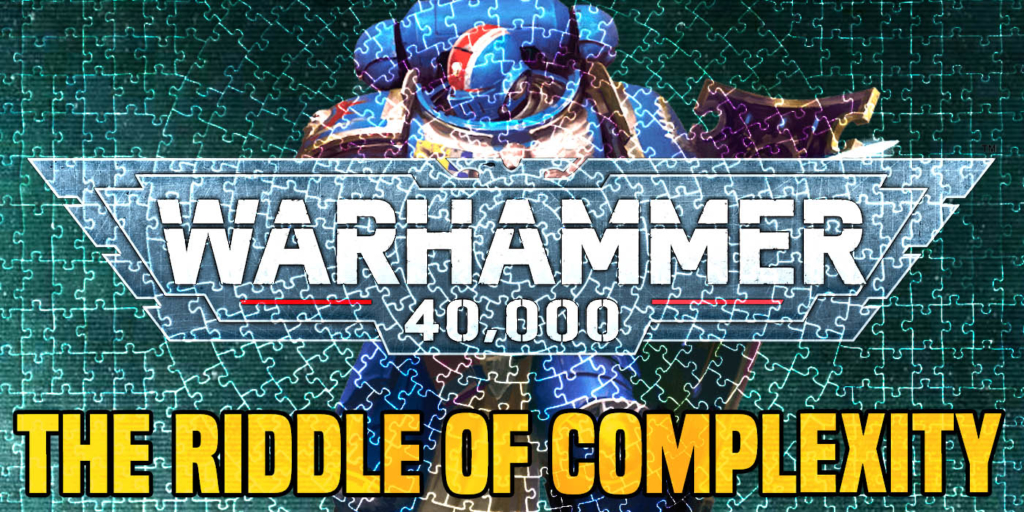