Warhammer Underworlds: ‘Kainan’s Reapers’ Will Advance To Victory With These Rule Previews 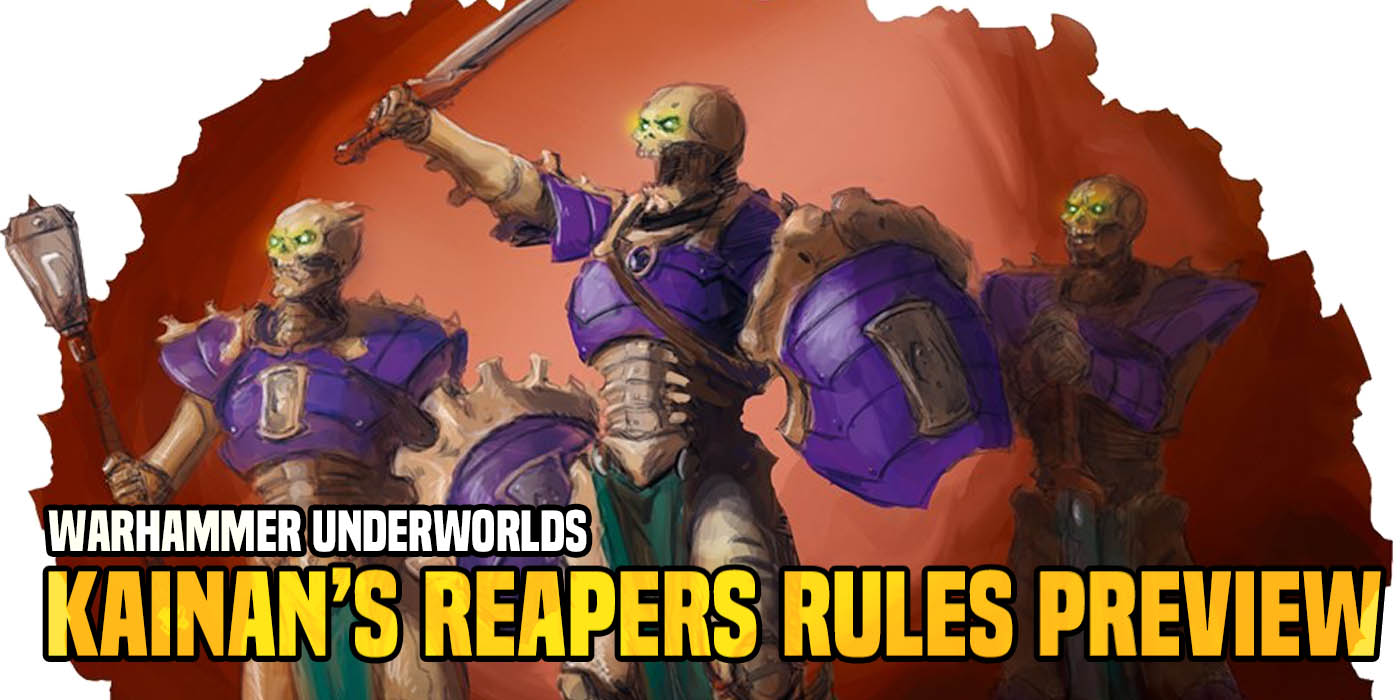 Games Workshop is showing off some new rules for the Ossiarch Bonereapers Warband Kainan’s Reapers. The Morteks are advancing in Underworlds!

The next warband on deck for Warhammer Underworlds is Kainan’s Reapers. It’s one warband that players are really going to be able to practice their formation movement with. What do I mean? Well, let’s take a closer look at the Morteks and a pair of abilities that will make them function as a team like no other warband. 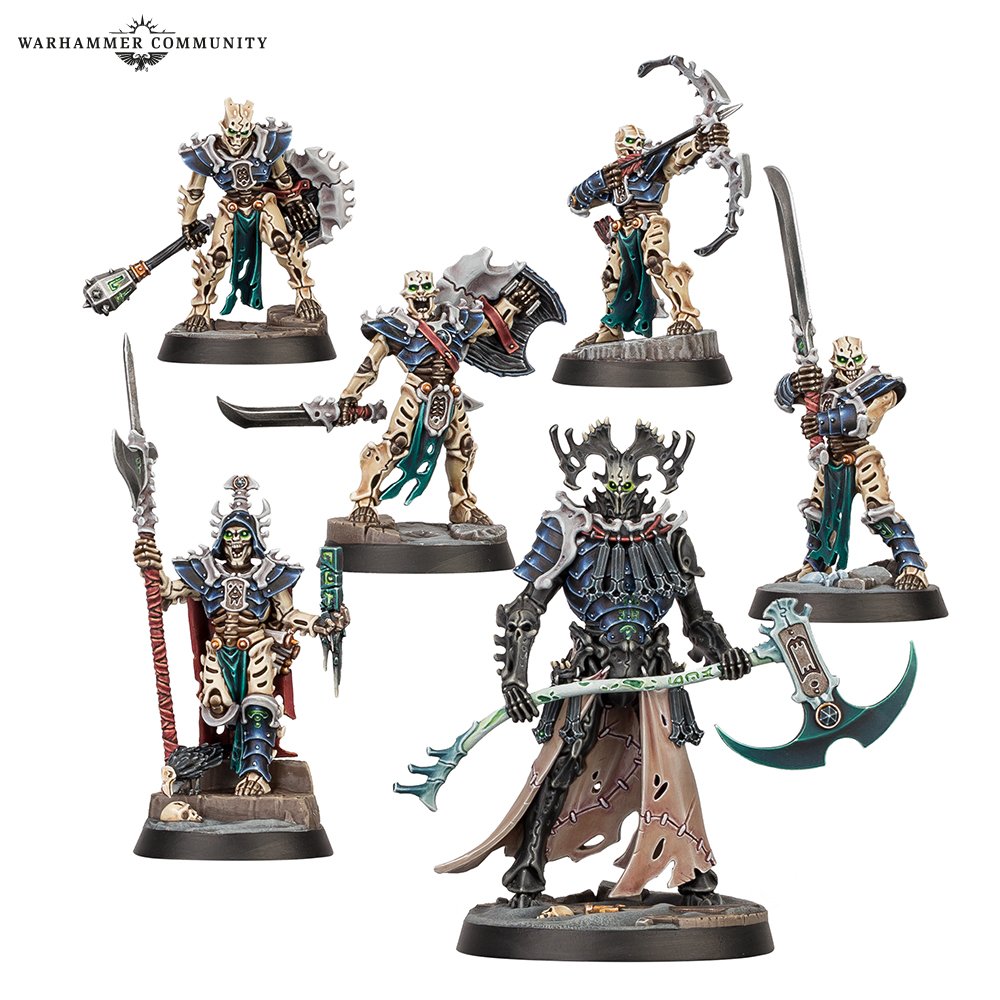 ” With a bit of careful planning, you can surround an isolated enemy fighter, or wall off an area of the battlefield, or claim a couple of objectives, all with a single activation.” 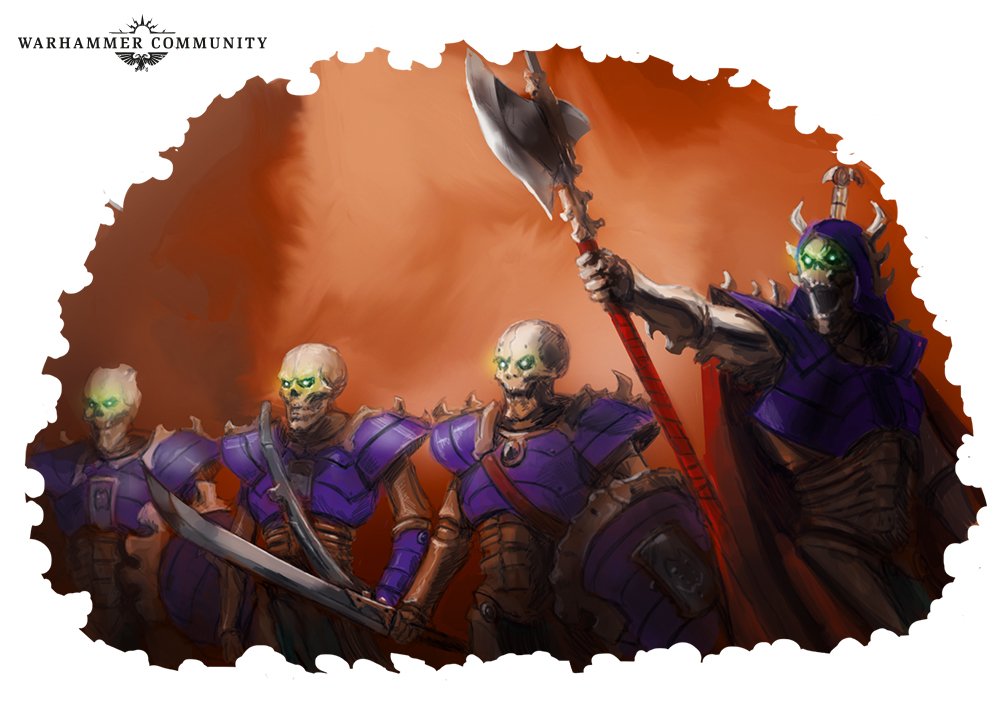 Just remember, this still means you can only move a model once per round (under normal situations) and it also means that you might end up stringing your fighters out or overextending early. But if you are able to use this at the right time, you’ll be able to make a big swing when you activate your Nadirite weapons.

This ability applies to Morteks (except for Hakor who just has a big sword). That +1 Damage can be a huge boon for your Morteks when they are taking on enemy fighters. The extra support dice not only allow for a more consistent attack roll, they also allow make those attacks deadlier. And it’s not just for melee attacks. 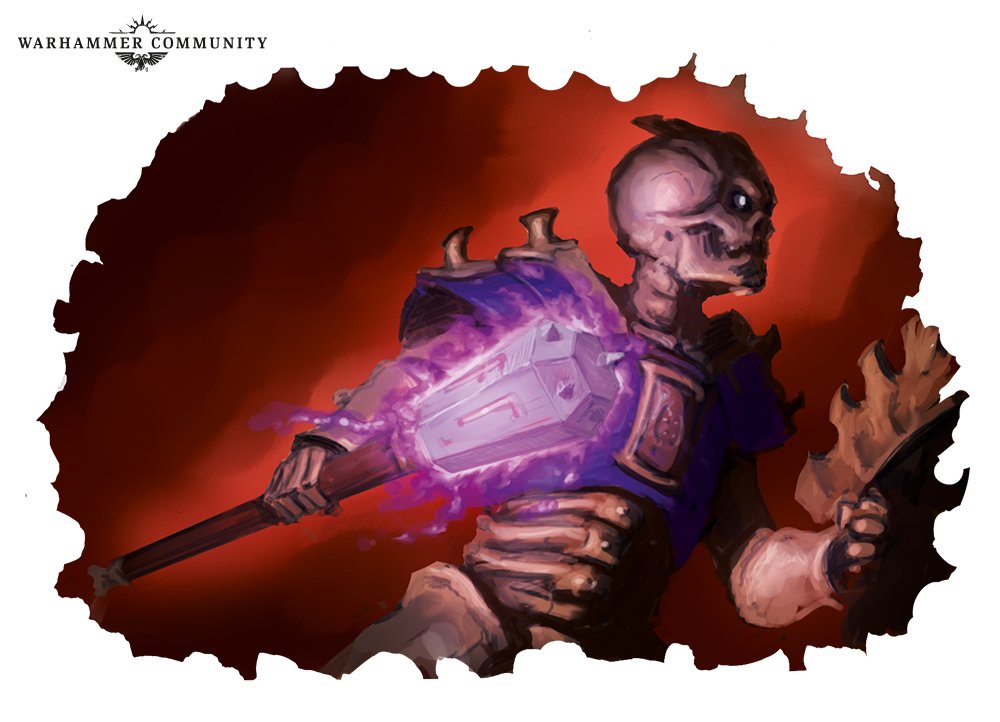 GW also mentioned a few other card-based abilities that are worth taking note of:

“…the Ceaseless Advance ploy also allows you to move your Morteks en masse. Meanwhile, the Exceptional Efficiency and Lethal Accuracy ploys give you re-rolls and additional dice, respectively, to help you find those all-important support symbols. In addition, the Empowered Nadirite upgrade gives one fighter a huge boost, giving their Nadirite weapons +1 Damage (with the exception of Nohem’s arrows) and +1 Dice.” 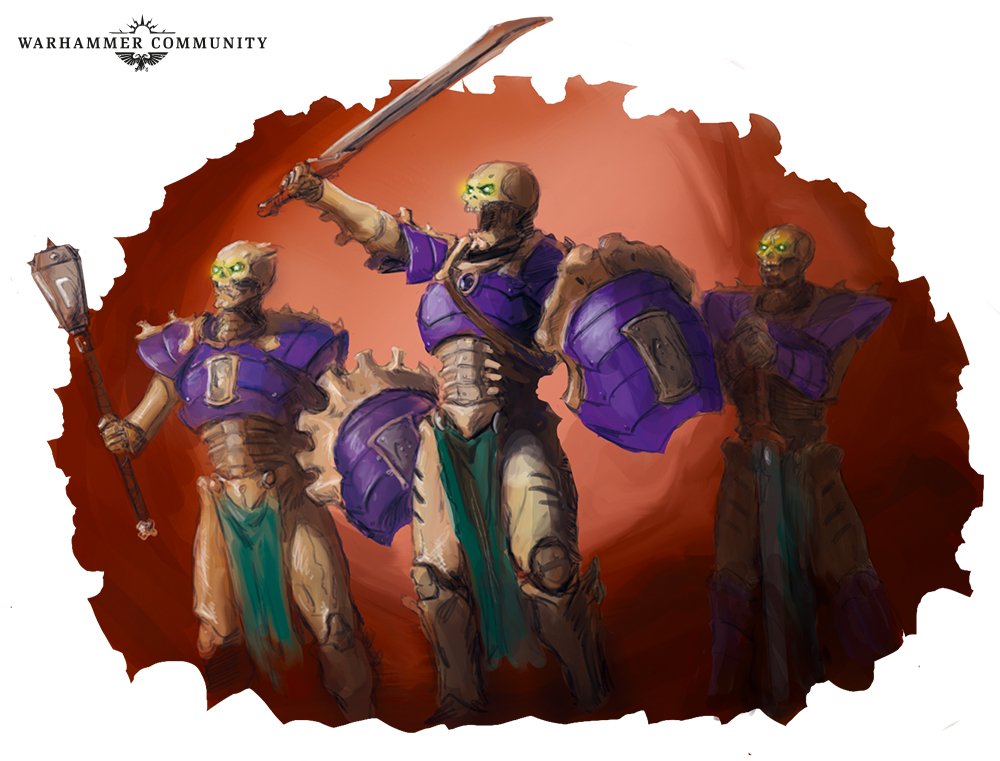 The Mortek Advance is coming to Warhammer Underworlds. Death is inevitable.

Age of Sigmar: Blood Knights Rules Preview - The Hammer of The Soulblight Vampires 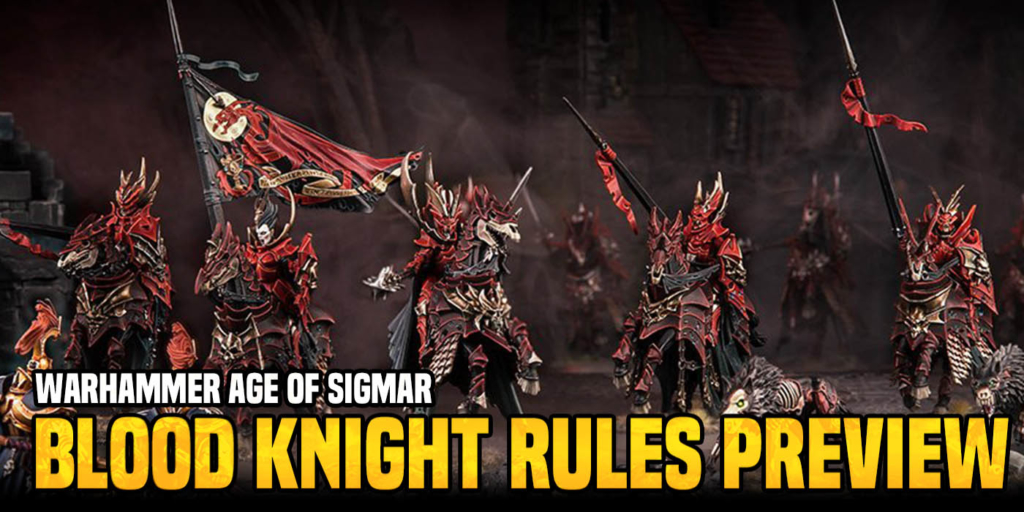