D&D 5e Guide: How To Play A Wizard 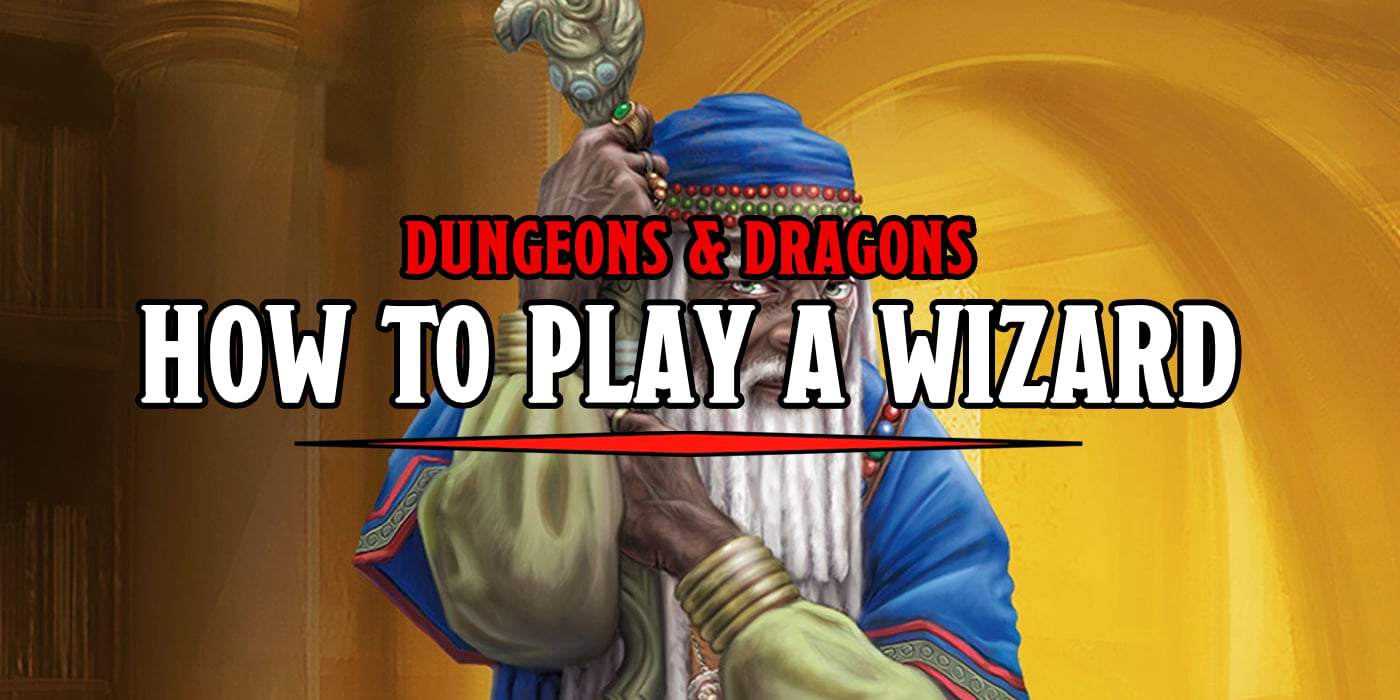 5E Wizards are one of D&D’s most iconic classes. Magic and versatility, they can be a blast to play– we’re here to help you get started.

When it comes to Dungeons & Dragons, Wizards are masters of all things arcane. They have access to more spells, can learn and do more with magic than just about anyone else. Except for maybe Clerics, but that’s a story for another time. The point is, wizards are one of the iconic members of any party–there’s a reason the stereotypical party was “fighter, cleric, wizard, thief” for so many years. And in 5th Edition wizards can be an absolute blast to play, but they take a little bit more work to get started. We’re here to help.

Without a doubt, the most versatile of all casters are Wizards. They have such a breadth of spells available, and the ability to learn all of them (eventually), which means that a Wizard that has time to prepare for a coming battle will utterly excel–they always have the right tool for the job, whether that’s having some kind of non-combat ritual like Tenser’s Floating Disk or an information gathering tool like Clairvoyance or Scrying, or a combat-changing spell like a well placed Fireball or Stinking Cloud.

Wizards can do it all. And you can build a wizard to do just about everything. It may seem rather complicated, but it’s pretty much all down to what kind of spells you pick. The rest of the wizard toolkit is there to fuel your magic. When you play a wizard, you’re basically building a hand of cards that you can play to deal with any situation, whether that’s by buffing your party or cordoning off enemies so you can pick them apart one by one, or whatever you decide.

But that plethora of choice can be overwhelming. So it’s a good idea to pick a niche and explore from there. You’ll want at least one spell to deal damage, and one spell to protect yourself in times of need, but really you can’t go too wrong. And if you find yourself dragging, talk to your DM about learning some new spells.

As we said, most of a wizard’s kit is in their spells–even their subclasses help focus the Wizard on doing things with their spells. Unlike most classes, a wizard has nine different subclasses (for each school of magic) and then a couple extras besides.

Abjuration is a school that’s all about protection. As such it lends itself to wizards looking to support their friends in a fight. Arcane Ward is one of the best features out there, allowing you to seize a little bit of magic from each spell that you cast, using the power to give yourself or an ally temporary hit points. Improved Abjuration and Spell Resistance make you that much more resilient at higher levels.

Conjuration is the make your GM hang his head school. With access to summoned creatures and being able to conjure up literally what you need (go Minor Conjuration) you’ll be able to throw a monkey wrench into the well-laid plans of your GM with distressing ease.

Divination is the school that believes you can never know too much, and never be too prepared. It is the school you should take up if you want to be the knowledge hub for your party–it’s also one of the best support subclasses–the whole arcane tradition is worth it for Portent alone which allows you to twice per day guarantee an ally will hit/save, or an enemy will miss/fail. It’s such a rewarding mechanic–rolling 2d20 and saving for a later time of your choosing–because no matter how you roll, you’ll get some fantastic use out of it.

Enchantment is one of the better schools for dealing with a single powerful creature. Features like Hypnotic Gaze let you take out a foe without spending a spell slot. Split Enchantment doubles the potency of your enchantments, letting you take on two creatures for the price of one.

Evocation is a school that’s all about blasting your enemies. But like, carefully. There are some powerful abilities in this subclass. This includes the ability to drop an AoE on a bunch of foes without worrying about hitting your friends. Thanks, sculpt spell! And One per day being able to decide a spell is going to deal maximum damage is pretty incredible. More so because you can spend HP to gain the benefit of this ability again and again throughout your adventuring day.

Illusion is one of the best Wizard schools. You can redefine reality for a while–there are all kinds of tricks you can do with this class. Being able to reprogram your illusions thanks to Malleable Illusion is amazing. Get that much more mileage out of those precious spell slots. Pull off old tricks like creating an illusory boulder and hiding inside it while firing arrows at your enemies with nigh-impunity.

Necromancy is better at being an evil cleric than the actual evil clerics. If you know that you are going to be dealing with undead, you need a necromancer. You’ll gain the ability to buff based on whatever stitched together monstrosity you’re calling your friend this time.

Transmutation is another excellent battlefield control school. Transmutation has a lot of the spells like Polymorph, which can help turn the tide of a fight. If you want to rearrange the battlefield, this one is the school for you.

But let’s not forget War Wizards out of Xanathar’s Guide to Everything–which showcases the Wizard’s ability to take to a fight. You’ll want to be casting concentration spells to gain a boost to your armor class. This is great because you’ll also want to be close to the enemy spellcasters out there. That way, you can juice up your combat spells with some power surges.

Or the Bladesinger which is most recently reprinted in Tasha’s Cauldron of Everything. This is a much more defensive spellcaster. You’ll have the ability to “bladesing” which makes it harder to hit you. It also gives you the occasional melee attack.

Finally, the Order of Scribes wizard is the ultimate wizard. They put everything they have into a magical book that advises them and empowers them. Their biggest move is their ability to swap out damage types of some of their spells. That lets you get around damage resistances and immunities. The rest is gravy.

Creating a wizard can be daunting. But with the right kind of focus on your initial spells, you’ll be set up for your first few levels. Then you can transition from no hit points to running the show. The class can be incredibly rewarding to play, and when done right, they make everyone in the party shine. 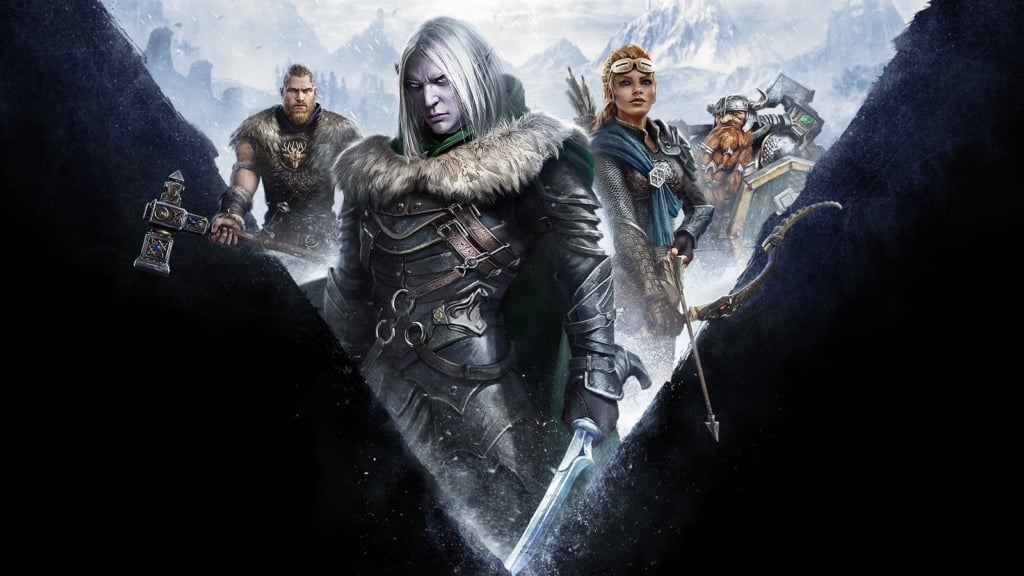