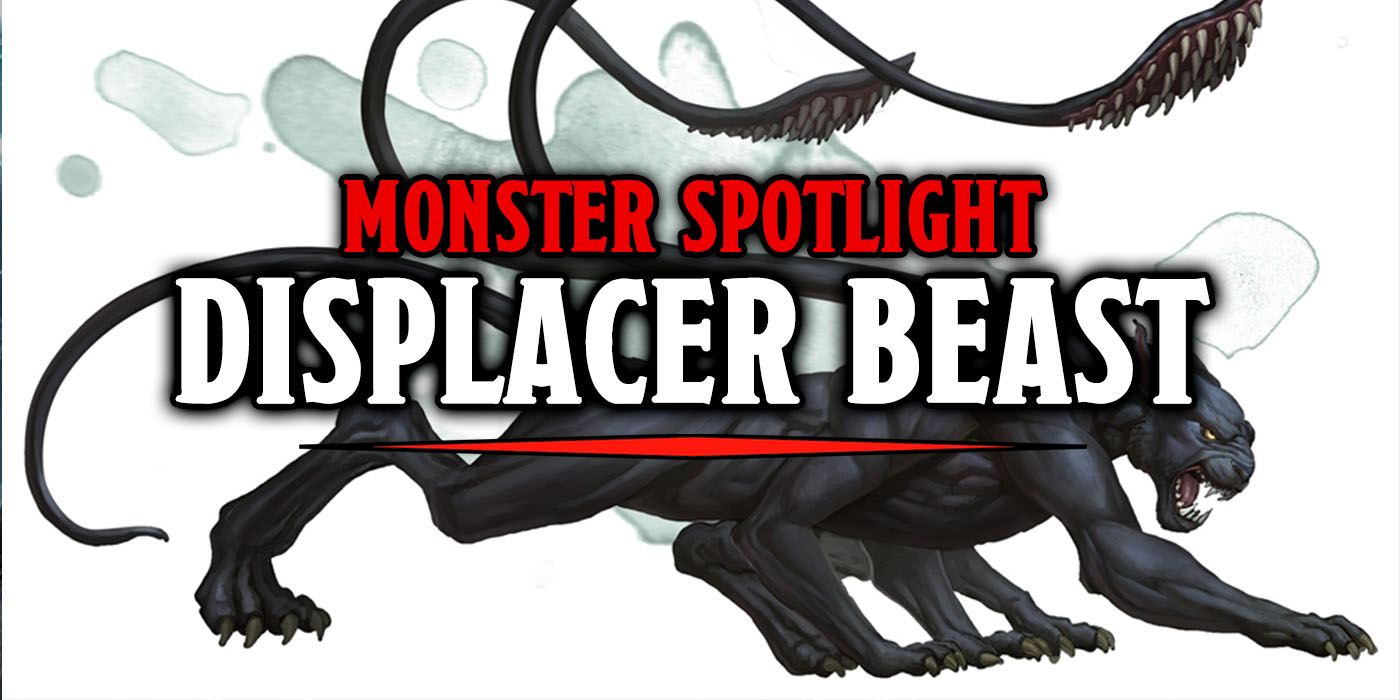 If you see a Displacer Beast attack, look again. They may just be three feet from where you think you see them, but in which direction is anyone’s guess.

Last week we learned a little more about Blink Dogs, Dungeons and Dragon’s favorite teleporting canine. This week, let’s take a closer look at the Blink Dog’s natural enemy with one of D&D’s most vicious big cats, the Displacer Beast. 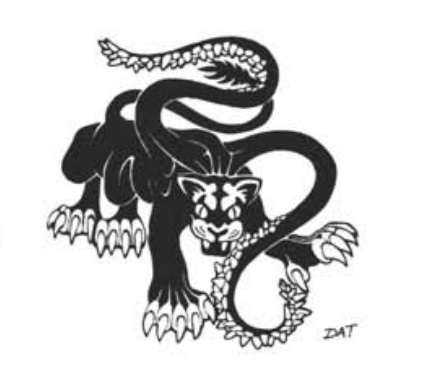 Displacer Beasts are semi-intelligent neutrally aligned creatures who look terrifying to encounter. Looking vaguely like a puma or some other large cat with blue-black fur and horned tentacles and glowing green eyes, Displacer Beasts are almost Lovecraftian to look at. Adding to this uncanniness, they always appear to be three feet from their action position in a random direction, making them especially difficult to hit and dodge. Despite being “neutral,” the Displacer Beast is vicious and seems to have a problem with any living thing it comes across, using the horned part of their tentacles to strike out for maximum damage. 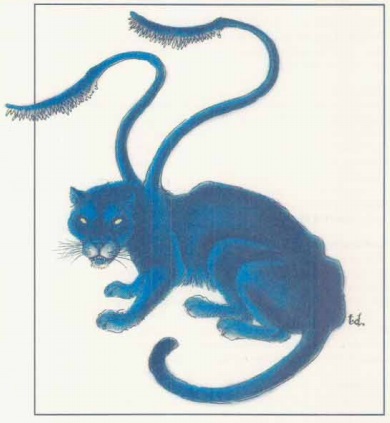 In a minor change that both makes infinitely more sense and has very real effect on an actual game, the second edition version of the Displacer Beast’s alignment is changed to lawful evil. Ranging from eight to twelve feet in length and weighing up to 500 pounds, they’re not huge monsters by D&D standards, but they are also far from small or unthreatening. True seeing will allow an adventurer to determine the actual location of an attacking Displacer Beast, but it has to be cast very quickly as this is a monster that will attack anyone on sight and immediately. 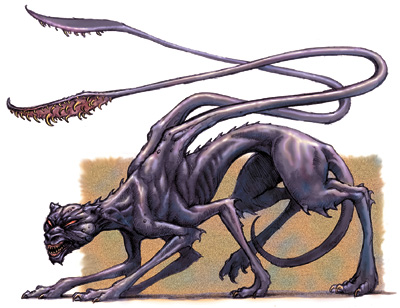 I didn’t think they could make the Displacer Beast look spookier than a huge puma with tentacles, but third edition stepped it up by almost making them look emaciated and feral. Also, they now speak Common. In addition to their displacement ability making it difficult to determine where the beast truly is, 3E Displacer Beasts are resistant to ranged magical attacks and have are very stealthy, taking a +8 bonus to hide checks. Finally, Pack Lords are introduced in third edition, the very rare mutant offspring of common Displacer Beasts. Pack Lords are humungous, growing to a length of twenty feet and teen feet tall at the shoulders. They tend to lead a pack of smaller or normal sized Displacer Beasts and aside from their comparative size and strength, look very similar to their smaller packmates. 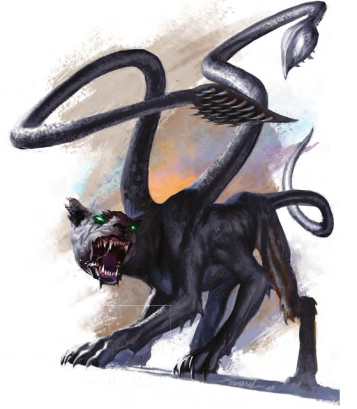 Cunning and intelligent in battle, Displacer Beasts will work together in pairs or packs when they can, attempting to gain advantage by flanking a foe. When their target negates the effect of their displacement they will get back into motion to recharge the spell and try again in an effort to always keep the enemy on their toes and at a disadvantage. Despite their nature, disposition, alignment, and general hatred for everything, Displacer Beasts can be trained as attack or guard animals, but those willing to keep these beasts as pets are usually evil fey and Displacer Beasts have been known to turn on their trainers so attempt to take on a new pet at your own risk. 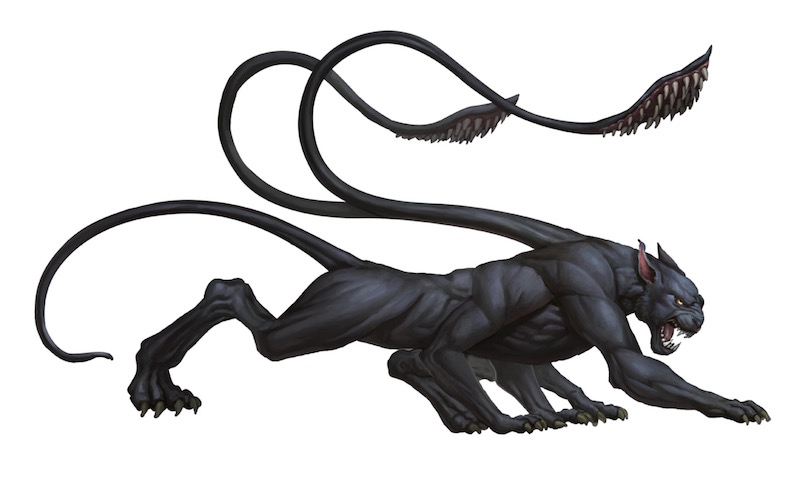 Fifth Edition tells us the history of Displacer Beasts, once roaming the twilight lands of the Feywilds until they were captured and trained by the Unseelie Court. They were selectively bread to encourage the cruel and ferocious nature the creatures are known to have today and eventually their new nature became too much for their masters and they escaped the Unseelie Court to roam the Feywilds and eventually the Material Plane freely once more. The malevolence and viciousness stay with them to this day and they are harder than ever to domesticate, only forming an alliance with another creature as a guard or attack creature if there is a benefit to the Displacer Beast.

Have you encountered a Displacer Beast in your D&D adventures? Was anyone in your party able to figure out how to negate their displacement abilities? Did it attack as part of a pack or on its own? Let us know in the comments!