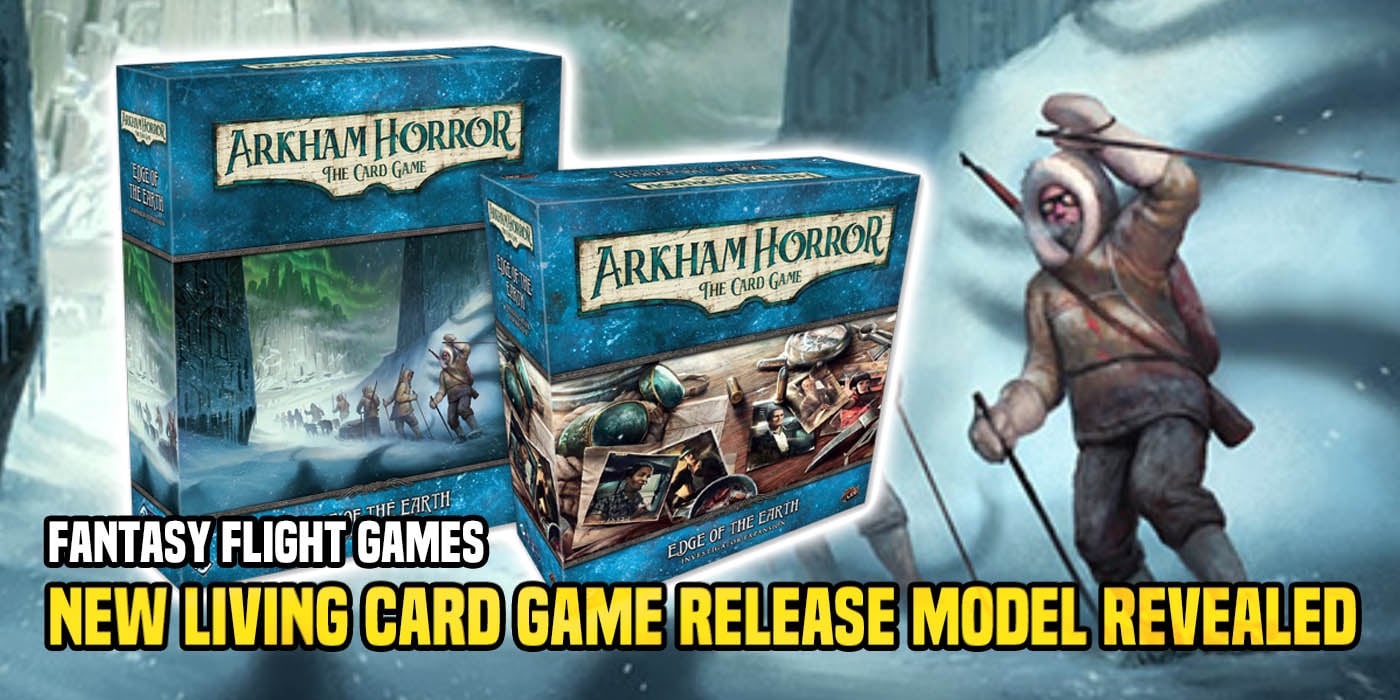 Things are shaking up in the lands of Arkham Horror. FFG has announced the next campaign for Arkham Horror: The Card Game – and it’s getting TWO expansions at once. Yep. You read that right. But it’s not just two expansions, it’s an entirely new delivery method for the campaign as well. This could be a game changer for their LCG line. 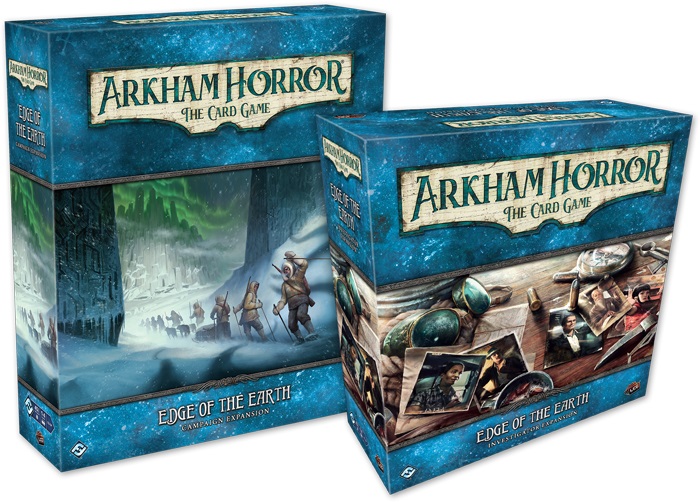 “Fantasy Flight Games is proud to announce Edge of the Earth, a pair of brand-new expansions for Arkham Horror: The Card Game!

For players and collectors, this should make getting your hands on the cards you want a whole lot easier. This is also fantastic for groups who play together frequently. Let’s say you have 4 players in a group who want to play the campaign. Now, instead of each of you needing to hunt down a mythos pack every month, you can split the cost of the Campaign expansion 4 ways – you only need one copy (plus the core game) and you’ve got all the cards for the campaign. That’s a win in my book. And if you just want to get the investigator cards, you can just snag the investigator box and you’re all set. 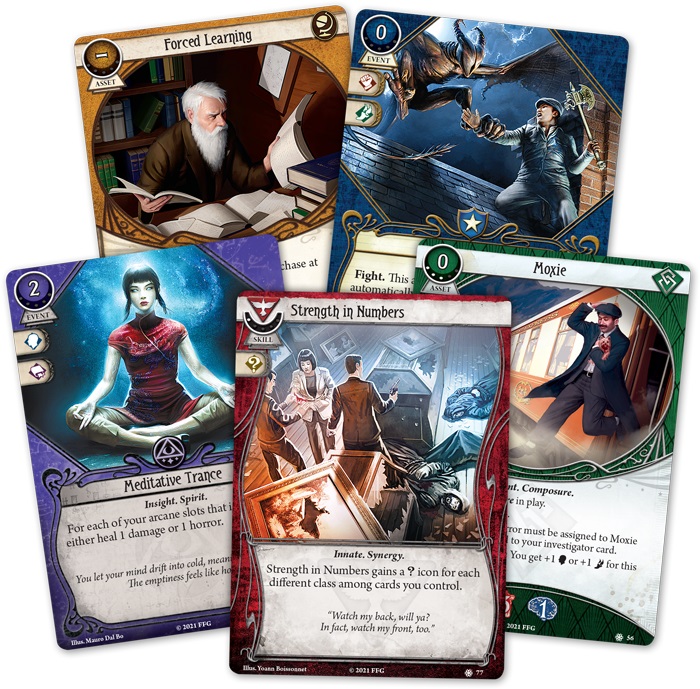 The Future of LCGs?

Fantasy Flight Games has quite a few hit Living Card Games like Arkham Horror. This is a new model for their releases and it’s an interesting take for sure. Will they end up rolling this out for the other games? Personally, I could go either way. I kind of enjoyed getting that new pack every month. However, I also want to have the entire collection at once vs having to wait for the next pack. In fact, the Completionist in me is screaming for joy right now. I just hope that FFG has printed enough boxes for each.

This is going to be a boon for players who want to jump in to Arkham Horror: TCG as well. Now you can snag the Investigator box and have all the related cards for them in one spot. That’s a HUGE change and should improve things for both new and existing players.

Edge of the Earth Campaign Expansion $59.95 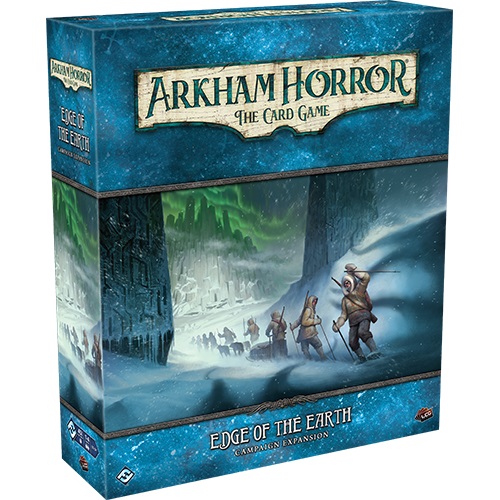 In the far, uncharted reaches of Antarctica, unspeakable horrors dwell on the edge of shadows. They lurk, wait, and watch, and with them comes a secret so ancient and profound that it threatens to tear apart our very understanding of the planet we call home—if it doesn’t tear apart reality itself first. Thus, our intrepid investigators must delve into the mysteries of the great southern ice sheets and, hopefully, uncover the truth before it is too late. Will they save the world? Or will they perish in the icy depths?

The Edge of the Earth Campaign Expansion has no player cards in sight. Instead, this expansion contains over 300 scenario cards to support the entirety of the Edge of the Earth campaign, including the materials for a breathtaking new story, branching paths, and more. The best part? All you need is a core set and a copy of this expansion to jump right into this chilling tale—no other materials required! While we will no longer be releasing monthly Mythos packs going forward, this single expansion contains about the same amount of content as an entire cycle from the old release model. It’s a full campaign all in one package!

Edge of the Earth Investigator Expansion $39.95 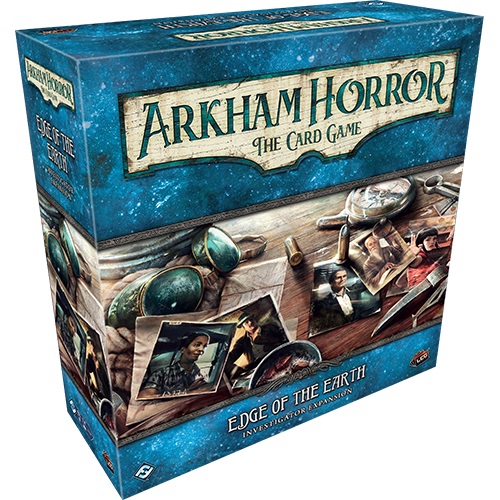 In the far, uncharted reaches of Antarctica, unspeakable horrors dwell on the edge of shadows. They lurk, wait, and watch, and with them comes a secret so ancient and profound that it threatens to tear apart our very understanding of the planet we call home- if it doesn’t tear apart reality itself first. Thus, our intrepid investigators must delve into the mysteries of the great southern ice sheets and, hopefully, uncover the truth before it is too late.

In the Edge of the Earth Investigator Expansion, you’ll find a treasure trove of player cards the likes of which you’ve never seen in Arkham history. With five investigators and around 250 cards to expand your deckbuilding options, you won’t want to miss this opportunity to strengthen your player card content like never before.

And yes, get ready for an artic expedition in the next campaign. Those mountains look maddening…

Author: Adam Harrison
Writer, Editor, Texas Native, and Austinite for 15+ years, Adam covers all things Tabletop Gaming. Which includes Warhammer 40,000, Age of Sigmar, D&D, Board Games and everything else that involves dice, boards, cards and a table. A hobbyist, player, and collector of miniatures and games, Adam's current obsession are his Death Armies for Age of Sigmar, his Blood Angels and Tyranids for 40k, and his ever growing Arkham Horror: The Card Game Collection.
Advertisement
Arkham Horror Asmodee FFG - Fantasy Flight Games LCGs
Advertisement