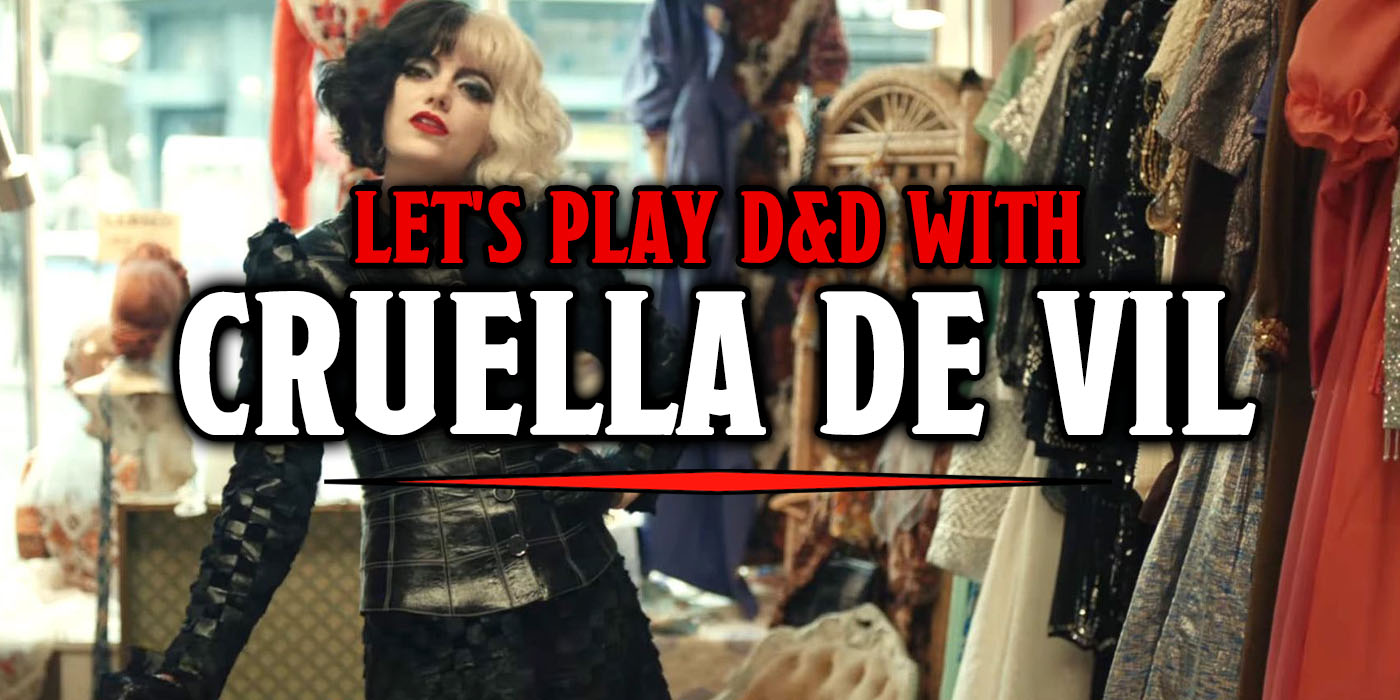 This week we’re inviting with Cruella De Vil to play Dungeons and Dragons, and if that doesn’t scare you no evil thing will.

Cruella hit theaters and Disney’s streaming service last week, and it is some weird, campy fun. Nobody’s mind is being changed about how redeemable a woman who wants to wear puppies as a coat is, but if you’re looking for a silly excuse to eat popcorn, Cruella may have it. Of course, one of my favorite excuses to eat popcorn with my friends is when we’re all able to get together and play Dungeons and Dragons, so why not combine the two experiences and figure out how to play D&D with Cruella De Vil herself? 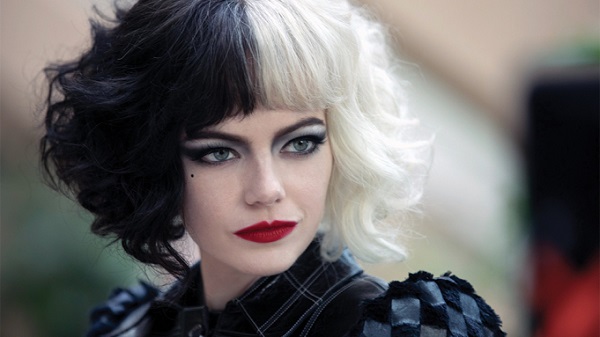 Before I got started on this sheet I peeked around Google for a few minutes to see if anyone else had tackled a playable version of Cruella for D&D, and a few people had. I saw suggestions for Warlock, Druid, and Ranger, and all of them came back to the dogs part of her story. And a beast master or animal whisperer would be an interesting take on the character, but I didn’t think it would fit for our purposes.

She wants to steal, skin, and wear Dalmatians, not have them do her bidding. That’s what Jasper and Horace are for. In the end I drew inspiration from Emma Stone’s fashionista and designer Cruella with a knack for becoming the center of attention in any room and opted for a College of Glamour Bard. 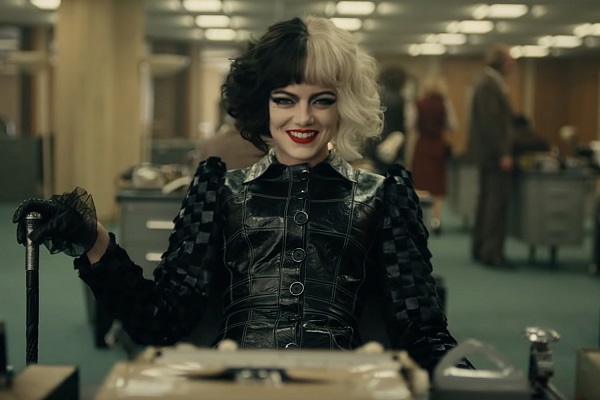 Of course, not every aspect of a bard is right for Cruella. They tend to be partial support classes, and she is more ring leader than support, but Inspiration and Performance are right on the nose. I pictured an adventurer version of Cruella who works just well enough with a party to further her goals.

She doesn’t carry a lot of (or any) weapons herself because they’re not her style, but if someone else drops a firearm or a dagger, she of course knows how to use it. And her armor is fashionable and leather because she has to keep up appearances. Also, live action Cruella has a series of leather jackets and outfits that pretty much cannot be ignored or overlooked. 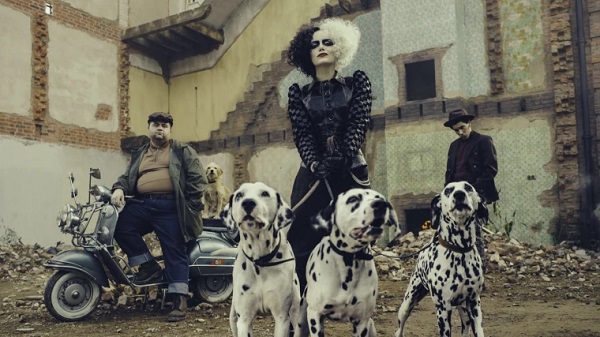 Her spells are focused on messing with enemies, disguise, and trickery over overt combat. And of course, mending, as a nod to her professional life as a seamstress and designer. I didn’t design a character who is interested in making friends or helping townspeople but a character who is interested in her own self interest and maybe having a good time while she’s at it. She’ll more likely sneak and disguise her way into a sticky situation and talk her way out than ever purposefully get into a fight, and with low-ish hit points and mediocre constitution and dexterity, that’s probably for the best. 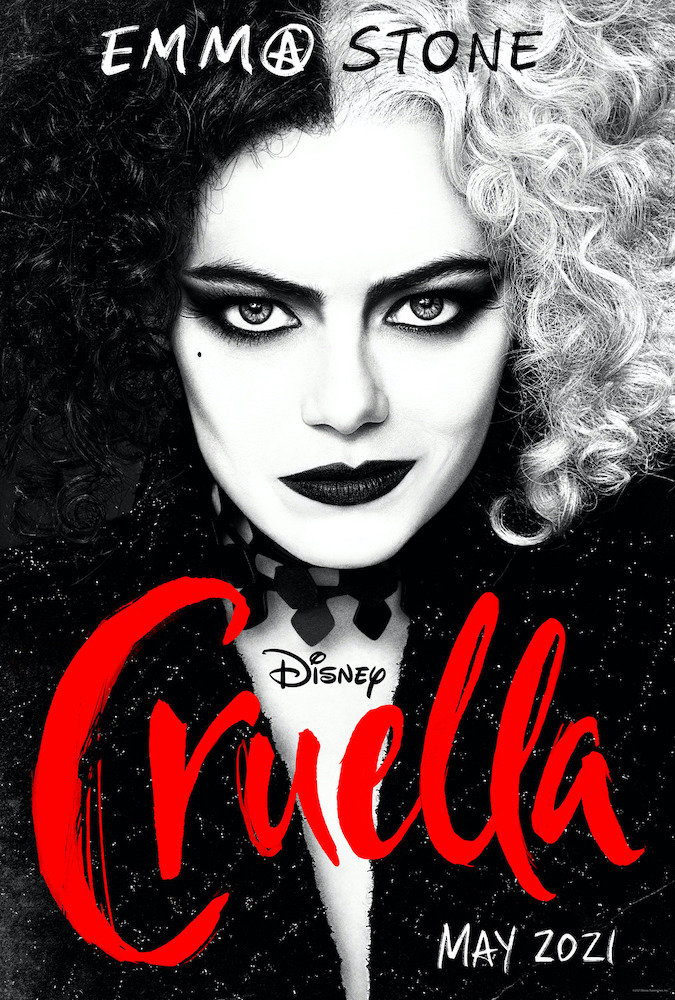 Have you seen Cruella yet? What did you think? How would you write Cruella De Vil for a D&D campaign? Which TV show, movie, or video game characters would you like to see sheets for next? Let us know in the comments!