WizKids has unveiled a new game that takes younger players on a quick campaign and a basic dungeon crawl in no time flat.

Fifth Edition D&D might be the most accessible edition of D&D yet, but when you get right down to it, creating a new character and campaign can be tricky when you’re first starting out. If you’re looking to get your whole family right into gaming, even something like 5E can be a little overwhelming when newer and younger players are first starting out. Enter WizKids with their new game, due out this October, Dungeon Scrawlers. 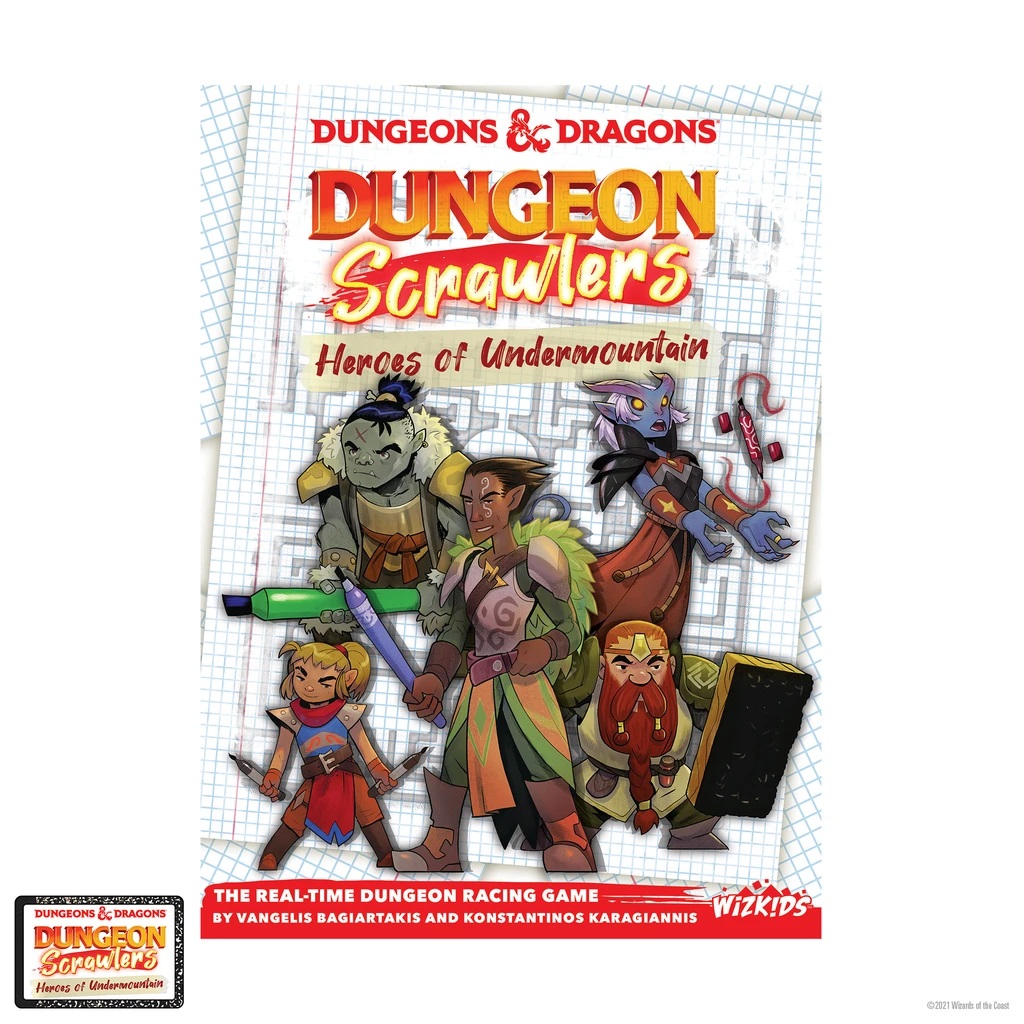 Dungeon Scrawlers takes dungeon crawling out of D&D, simplifies it, and opens up the door to your youngest gamers by translating it into a crawl that you scrawl through. You’ll find pre-made maps that players trace a contiguous line through while collecting points, which you’ll do by passing over numbered stones, crossing out monsters, tracing spells, and other activities as suggested by the game. 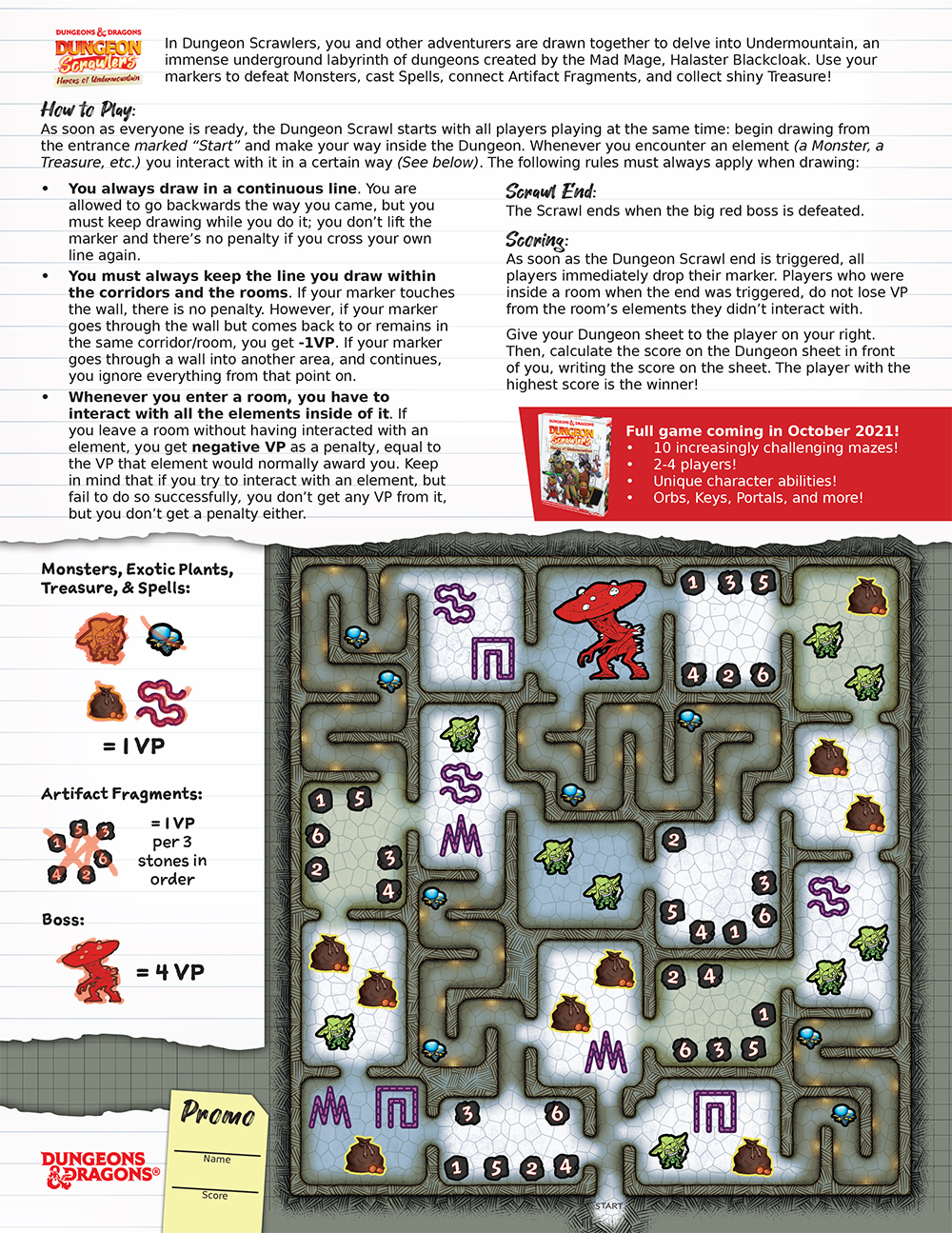 It’s a full dungeon crawl, and as you can see, there’s plenty taken from the D&D game you likely know and love. For one, you’re exploring dungeons created by the Mad Mage himself, Halaster Blackcloak. For two, you’ll encounter familiar monsters, including goblins, myconids, and more. It’s designed to be a portable travel game which you can take along with you anywhere you go.

And though the game is a light-hearted and quicker pace than players might be used to, the game–which draws upon the drawing elements of many newer games, presents everything quite handily for your youngest gamers. But it’s all with an eye towards introducing them to D&D, as WizKids puts it:

“One of the most important elements are the different character classes, and their special abilities. Each has an action that they can do faster or better than the others can–spells for the Wizard, collecting treasure for the Rogue, or defeating monsters for the Barbarian–that lets you do some light roleplaying as you lean into that activity. You even level up, in a sense, as each map grows more intricate, with more elements and challenges requiring the talents of experienced adventurers. Mostly, it perfectly captures the feeling of a tension-filled dungeon crawl.”

Dungeon Scrawlers arrives in October 2021 with 10 different maps, and supports from 2-4 different players.

Author: J.R. Zambrano
Bell of Lost Souls Staff Writer and DM, J.R. covers RPGs of all stripes and on occasion eats sandwiches. You can ask him about either at [email protected]
Advertisement
Dungeons & Dragons RPGs WizKids
Advertisement