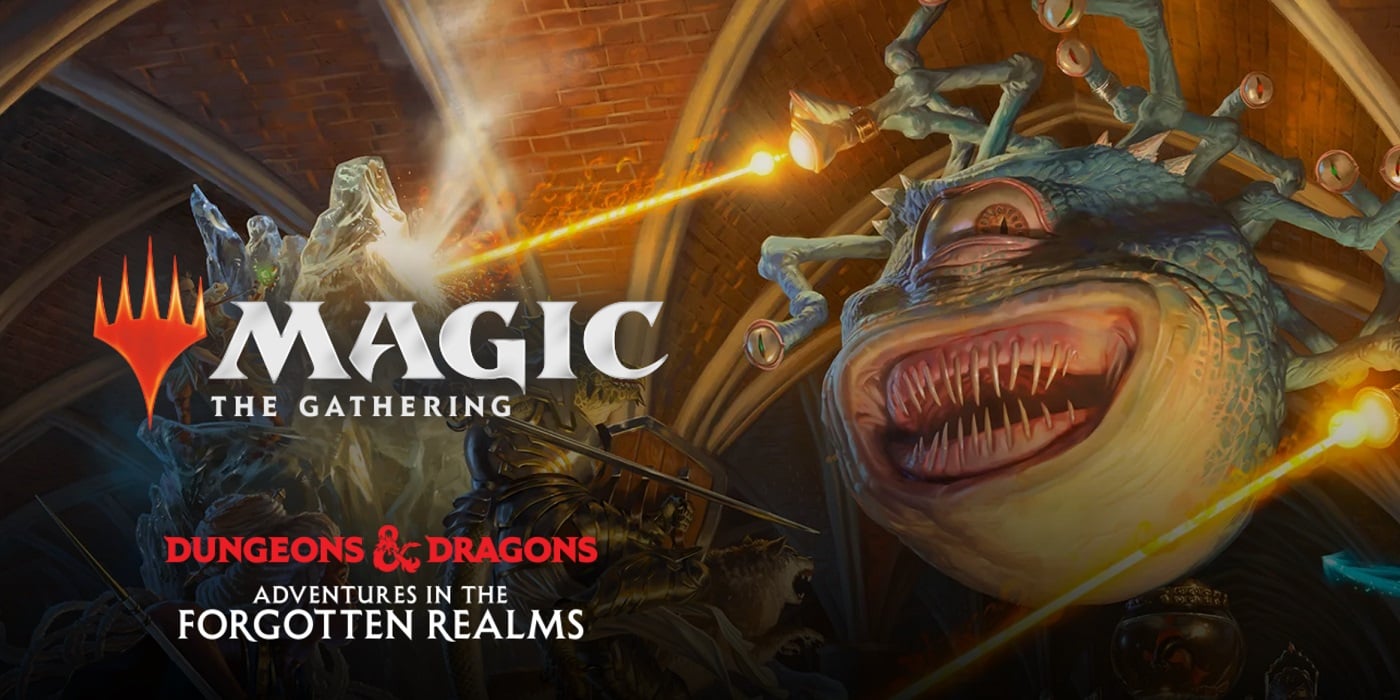 Magic: the Gathering’s upcoming set, Adventures in Forgotten Realms promises to take planeshifters into the Forgotten Realms of Faerun, and we’re getting another look at what awaits us all. Today it’s one of the most beloved creatures from D&D’s early days, as well as a spell that many a low level adventurer knows. Let’s take a look. 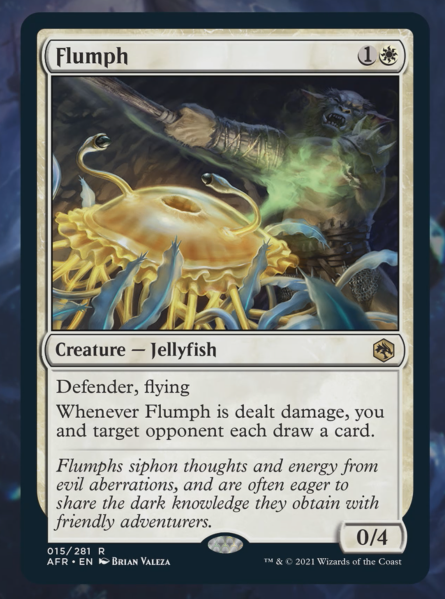 First up, Flumphs. These helpful jellyfish monsters deserve all the praise. Boons of low level parties, Flumphs have healed many adventurers in times of need. And through the lens of Magic, flumphs take on a new power, giving everyone card draw as they take damage. This plays so well with decks ready to capitalize on either milling or speed. But that’s not all. 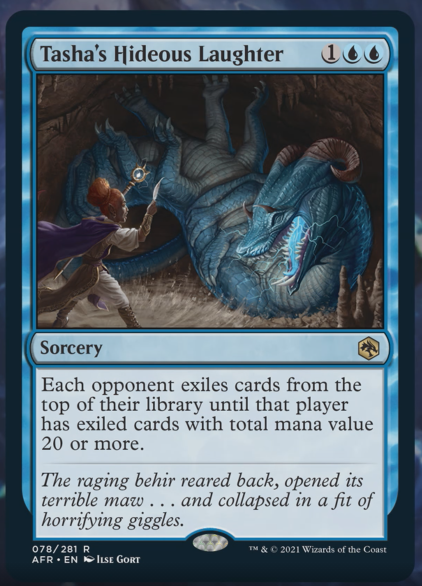 Next up is Tasha’s Hideous Laughter, which is attributed to Tasha, whose famous Cauldron of Everything recently turned longtime D&D concepts on their ear. And THL will absolutely ruin an opponent’s day, so long as they don’t have an easy way of getting value back out of their graveyard. Still, for a cmc of 3, this can be devastating early on.