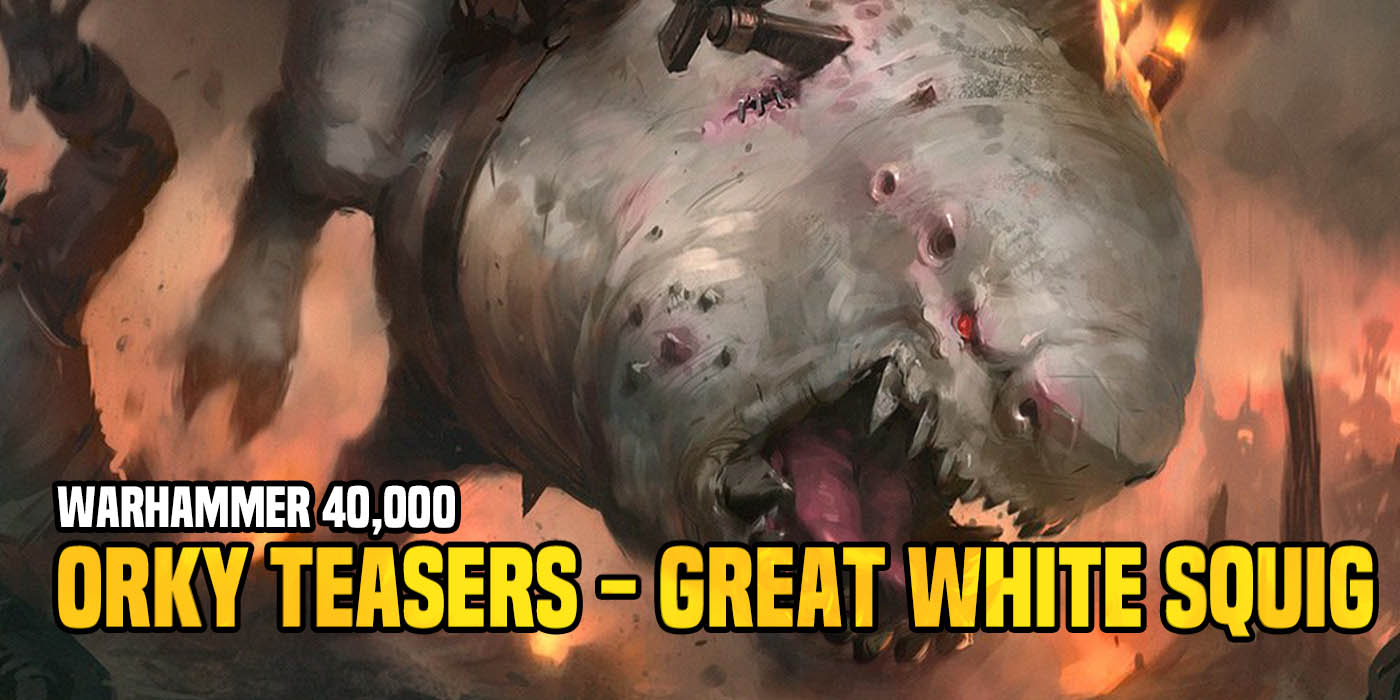 The Orks are about to get a new codex and a boat load of new models. Let’s take a look at another teaser coming your way!

Have you heard the legend of the Great White Squig? Well get ready to delve into Ork lore because it’s not a myth and it could be coming to a tabletop near you soon.

“Known by many names before it came into the possession of its current rider, the Great White Squig is widely regarded as the most belligerent, vicious, and savage squigosaur to ever crawl from the spawning grounds. Utterly untameable and responsible for a breathtaking number of missing Boyz, it wasn’t until the squigosaur met its match in an equally stubborn Beast Snagga named Mozrog Skragbad that any hope of controlling the monster could be found.” 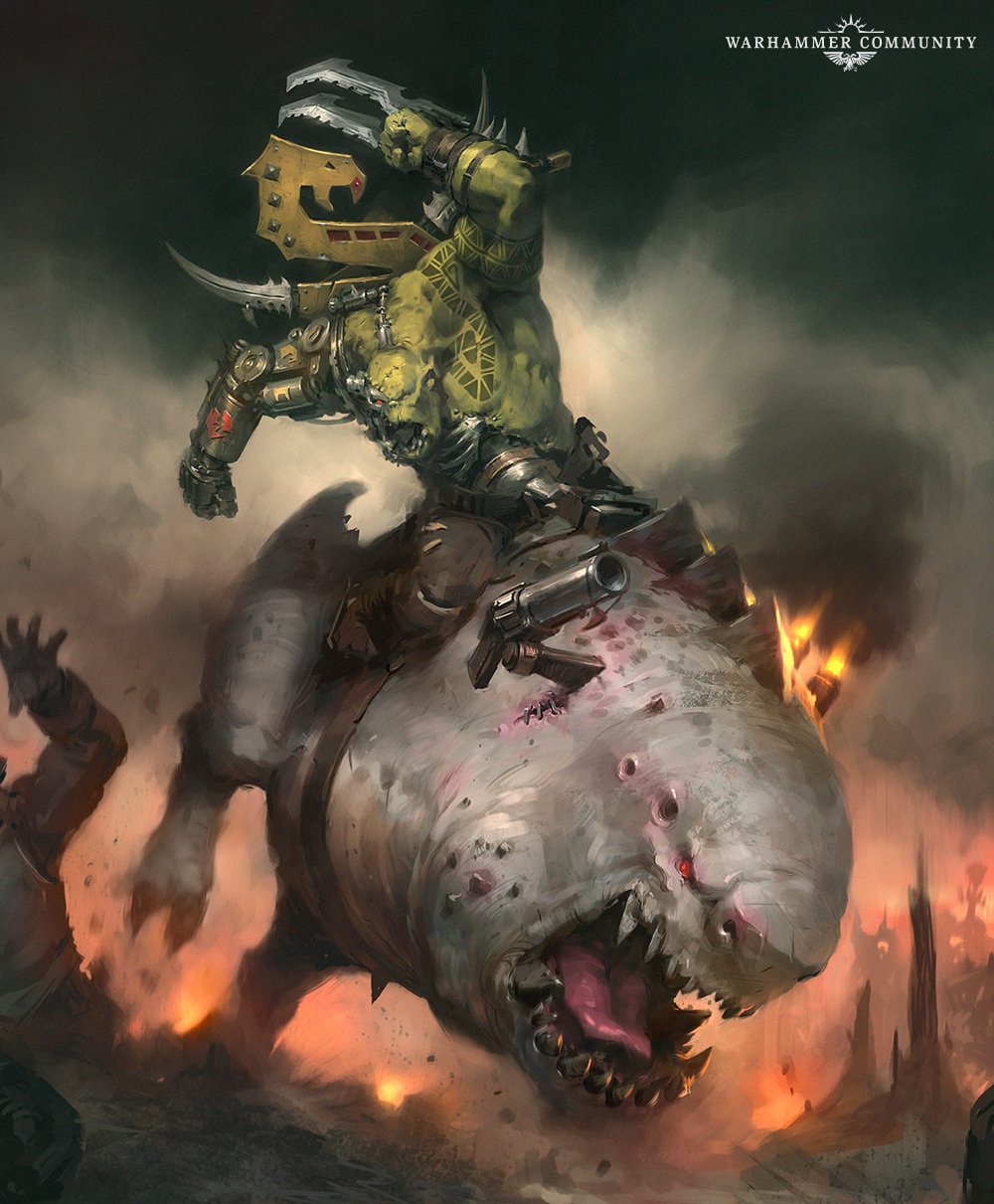 The legend is that Mozrog tamed the beast with but a steely gaze. The reality is that it took three days of scrapping, chasing, and bludgeoning before the Alpha Squig was “tamed” by Mozrog. It was test of wills and the Great White Squig finally met someone just as stubborn as it was. Or maybe it was Mozrog. Either way, they now ride into battle and smash and bash together as one.

And if you think “oh well, that’s a nice bit of lore for the Ork players to enjoy” well, guess what – sightings of the Ork and Squig have been on the rise: 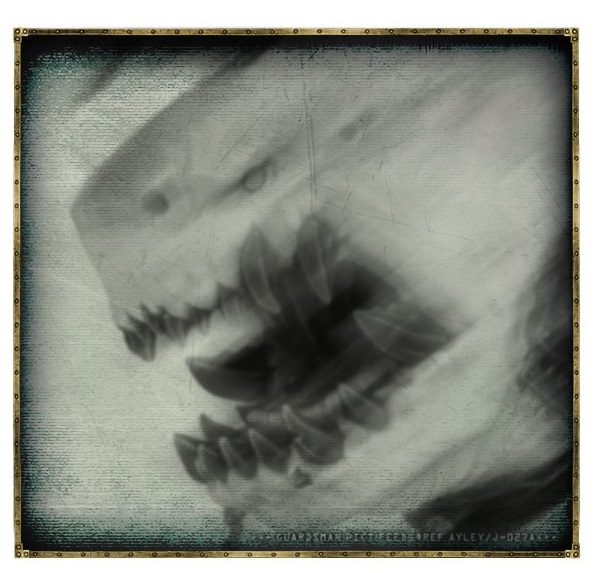 Over the weekend we also spotted some new Ork Boyz. And yes, just to confirm they are on the way: 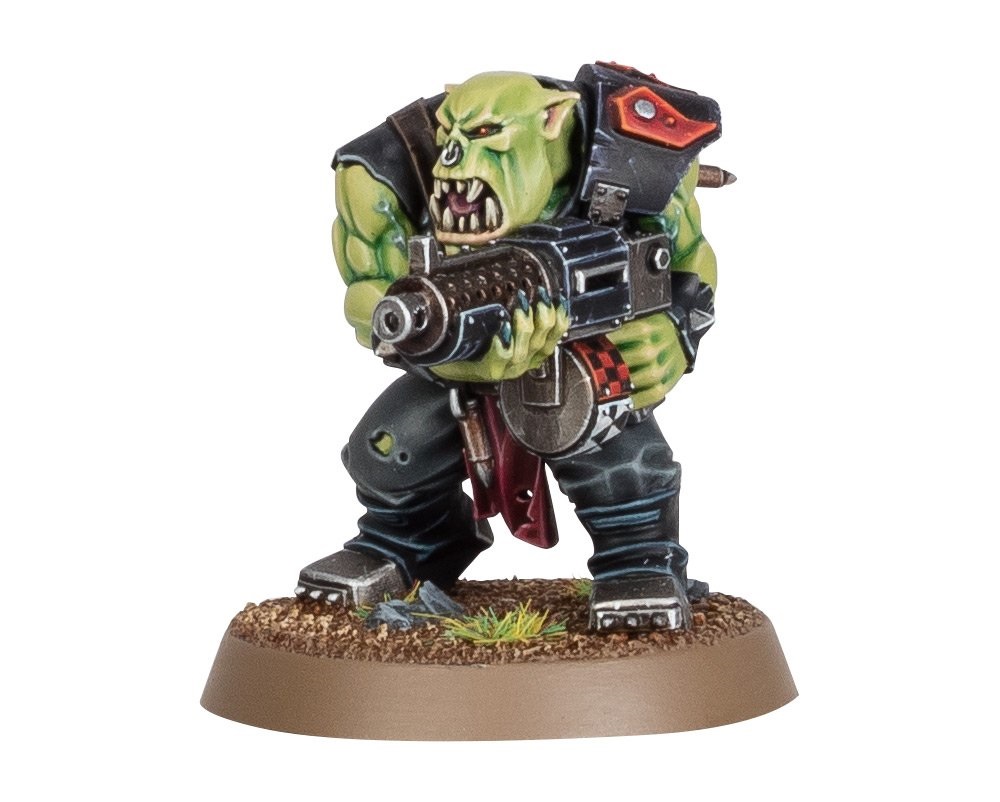 Yep. Ork Boyz and more Beast Snaggas on the way! Get ready for a green tide to WAAAGH! over you.

Will you be ready to face down the Great White Squig and its equally as mean rider?

Author: Adam Harrison
Writer, Editor, Texas Native, and Austinite for 15+ years, Adam covers all things Tabletop Gaming. Which includes Warhammer 40,000, Age of Sigmar, D&D, Board Games and everything else that involves dice, boards, cards and a table. A hobbyist, player, and collector of miniatures and games, Adam's current obsession are his Death Armies for Age of Sigmar, his Blood Angels and Tyranids for 40k, and his ever growing Arkham Horror: The Card Game Collection.
Advertisement
Games Workshop Miniatures Orks Tabletop News Warhammer 40k Warhammer 40K 9th Edition
Advertisement