Age of Sigmar: Dat Ain’t No Gatah! About Those New Kruleboyz 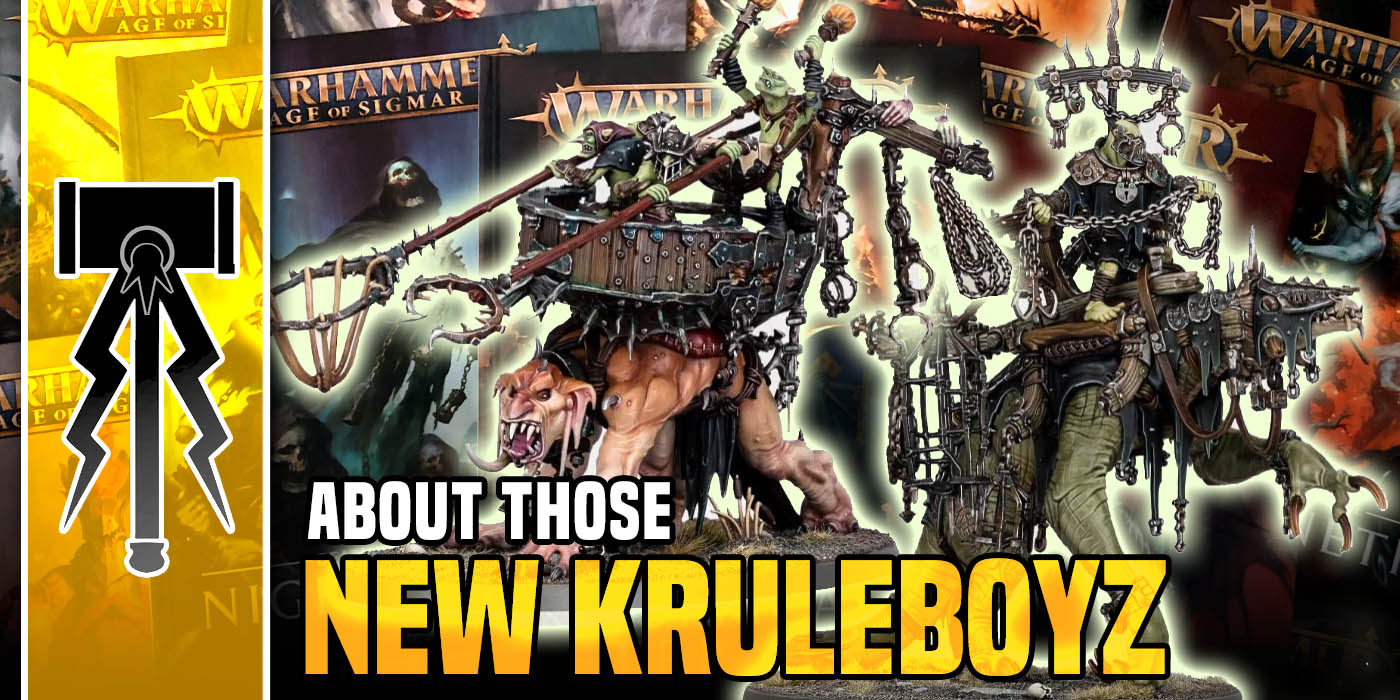 Things look dicey out in the Ghurish swamps. – Lets talk all about those new Kruleboyz.

This past Saturday, we got a preview of a few more of the things coming to the brand new Age of Sigmar 3.0 release armies, the Stormcast and the Orruk Warclans. Alongside two brand new books, we got a peek at some of the brand new models that will be filling out the armies outside Dominion (because if there’s anything AoS needs, it’s more Stormcast, right?). The Kruleboyz are bringing a few exciting beasties to the table, as well as some brand new options for their Dominion units, and they all look fantastic. 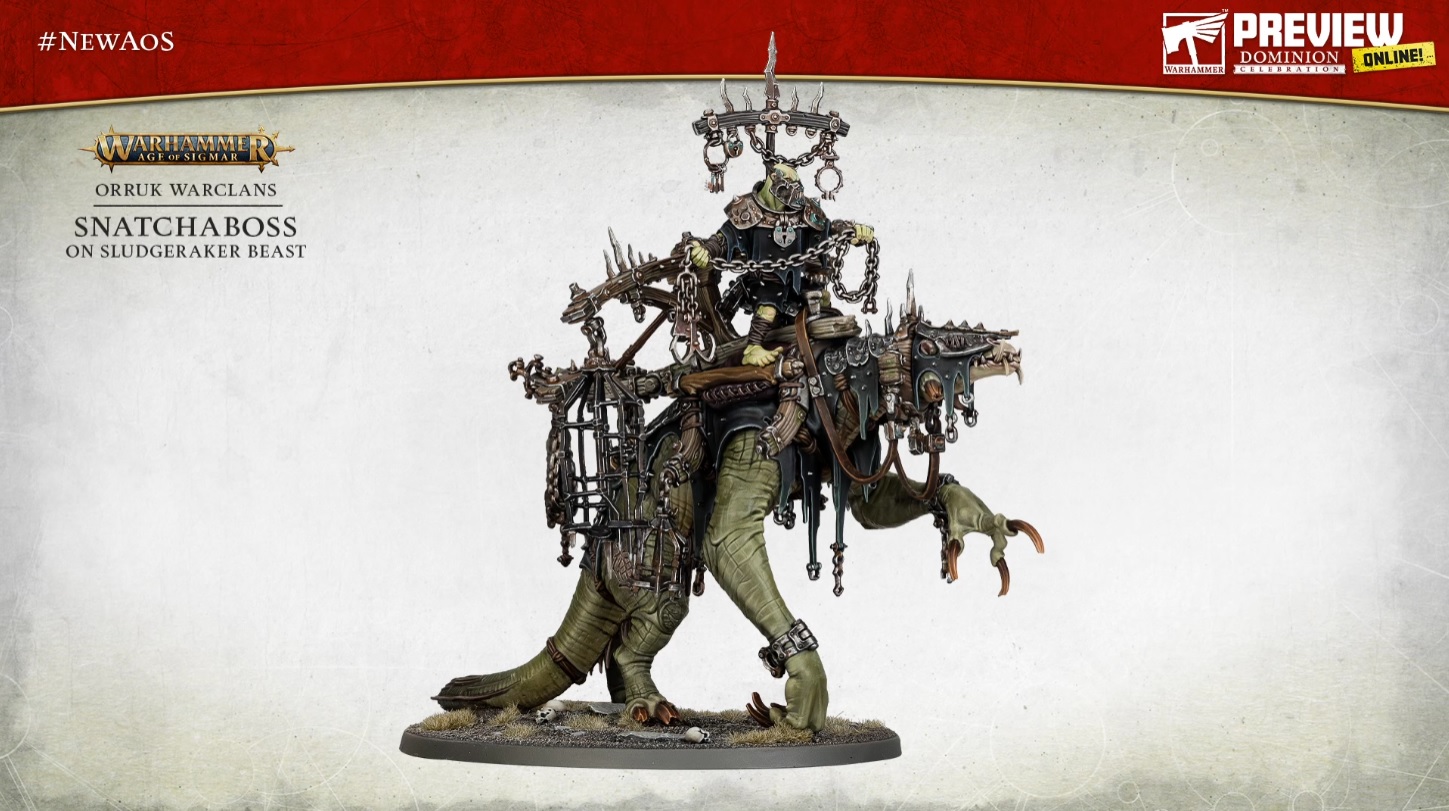 You may remember a little bit ago when I made a hopeful prediction about the Kruleboyz getting a big monster, and the Sludgeraker is that in spades. Looking like a horrible/wonderful fusion between a Troggoth and an alligator, the critter alone is reason to buy the model, but the Snatchaboss on its back looks like an incredible support hero. The way the very quick preview talks about them really evokes the idea that was originally teased about the Kruleboyz making enemies disappear into the swamp like the sneaky gitz dey are. Alternatively, you can build the Unique hero Skumdrekk, who seems like he will lead his own independent trap-themed subfaction, and I can’t wait to see it. 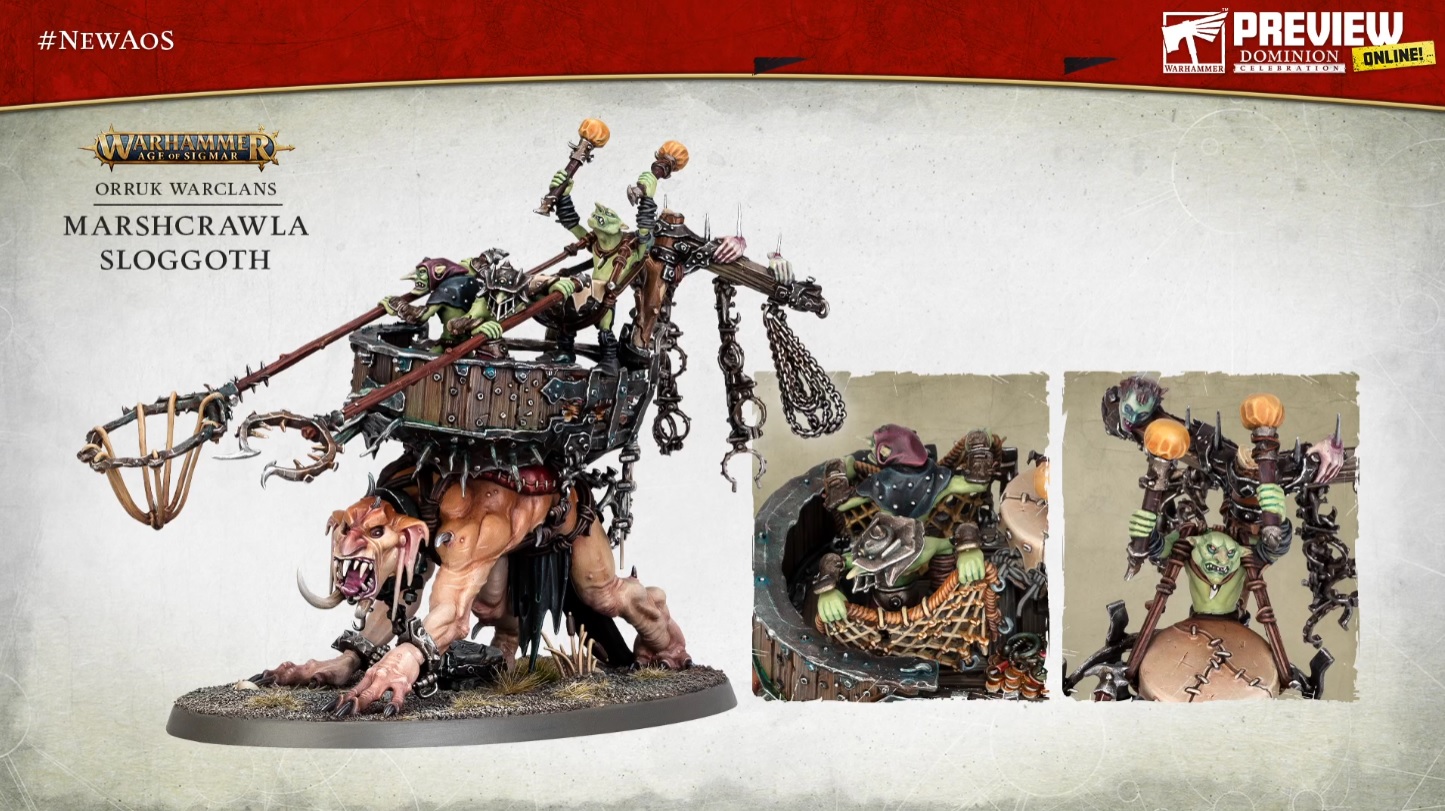 The second of the revealed big beasties to show up for the Kruleboyz, this one is supporting a howdah full of gobline with trapping rods and nets, and follows the spooky swamp theme of the above gator-troll. The hunched sloggoth below it looks like the swamp-themed Troggoths I was hoping for in my prediction post, and I’m interested to see how he performs on the table. I’m hoping he will fit into Skumdrekk’s trap army, maybe even counting as a monstrous battleline or getting special bonuses. 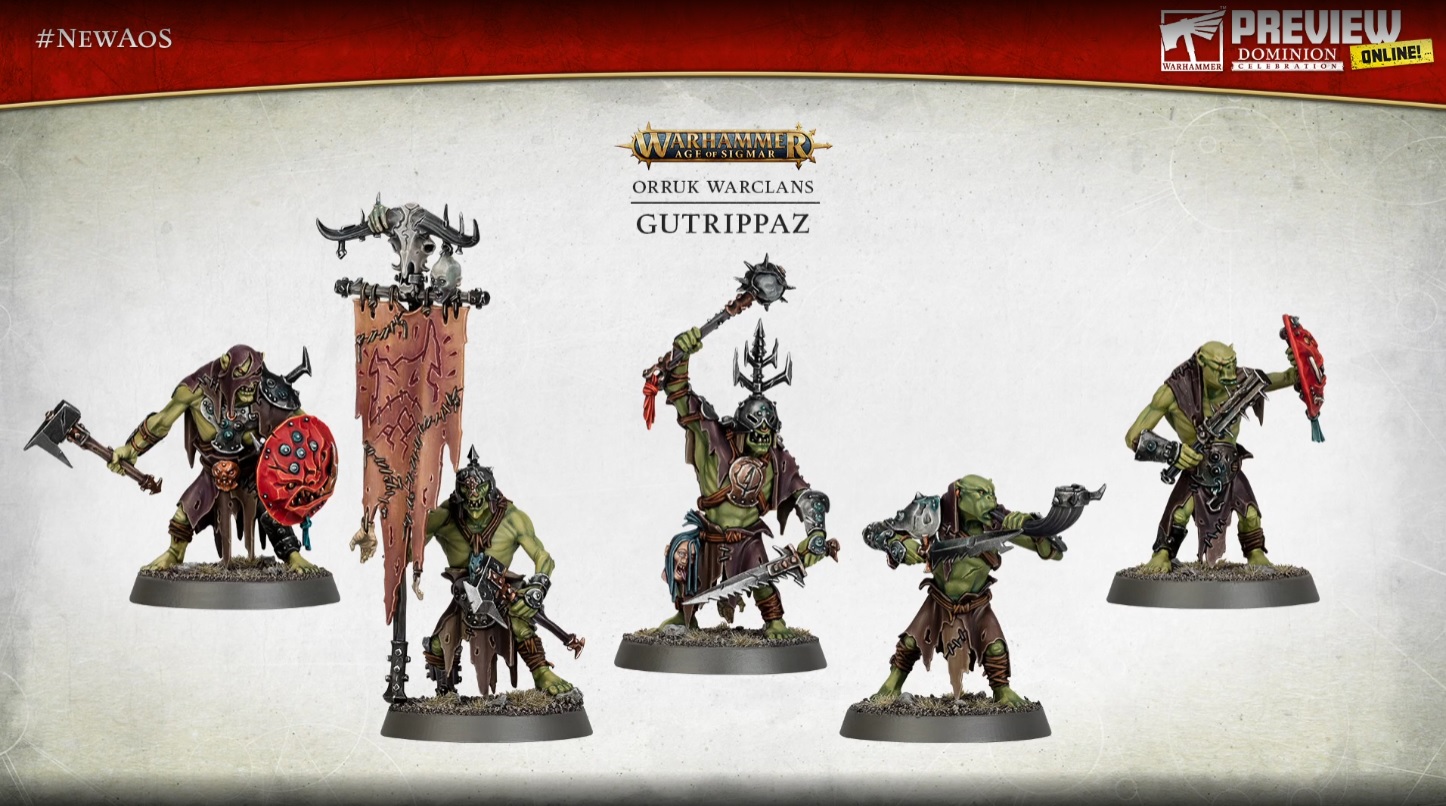 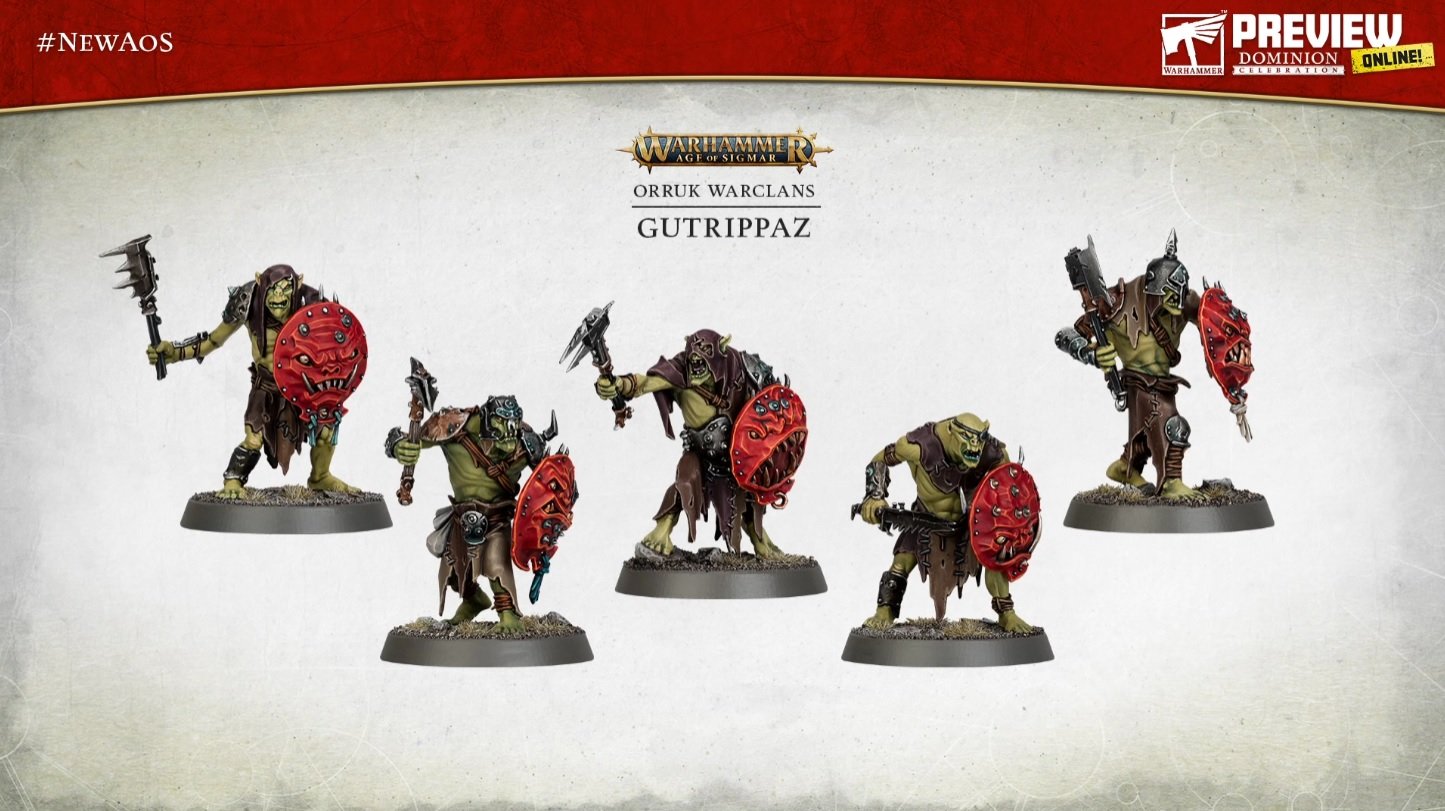 While not as exciting as brand new models, the expansion of the kits from Dominion will be practically essential for the up and coming Killaboss. The Gutrippaz add a banner bearer, musician, and the option to take hand weapons rather than shields, and the Boltboyz get a unit champion. As a huge fan of the Boltboyz, I’m hoping there will be a leader option that makes them battleline, but even if there isn’t I’ll definitely be investing in a few boxes of these gents, as well as the Gutrippaz to expand my Dominion box. 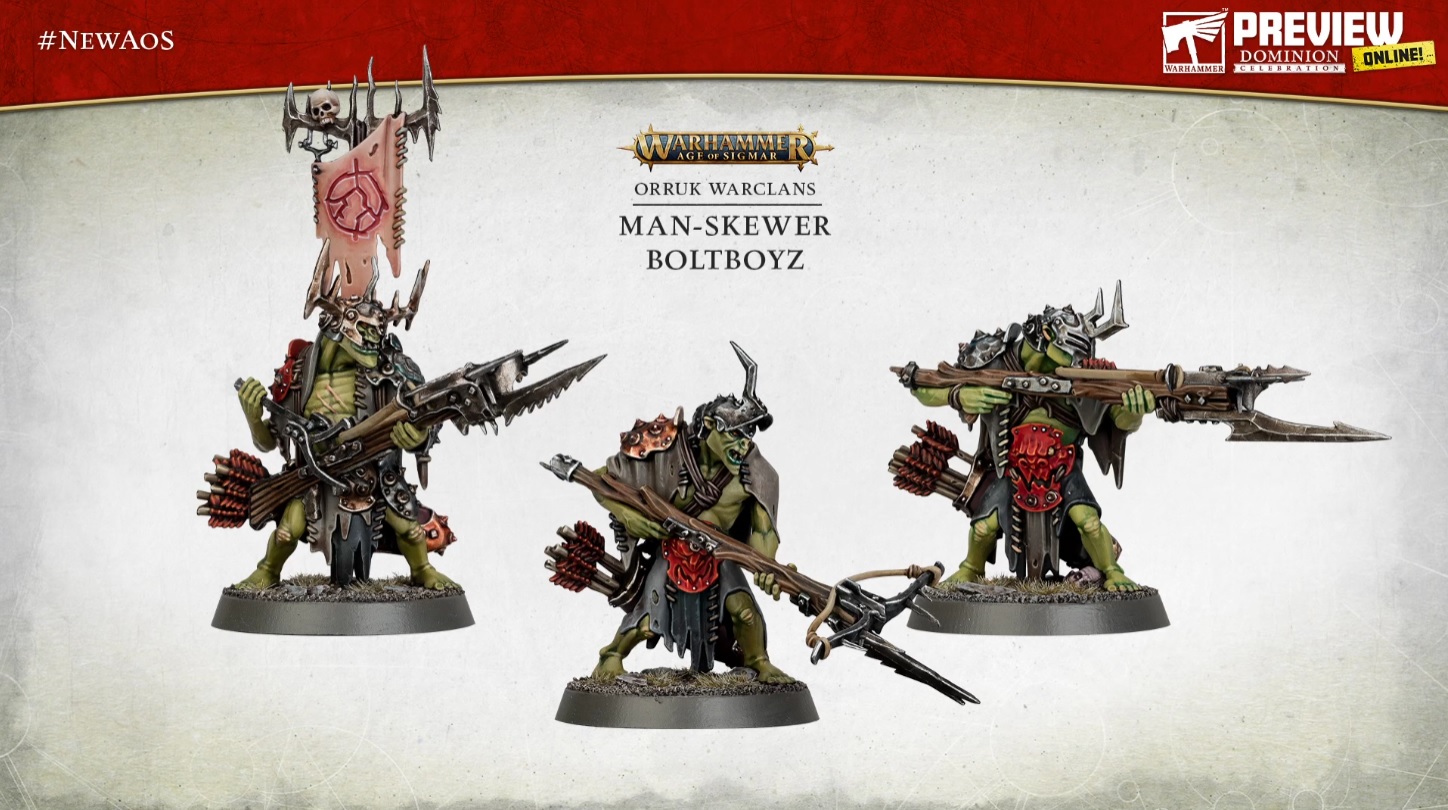 Is it August yet? 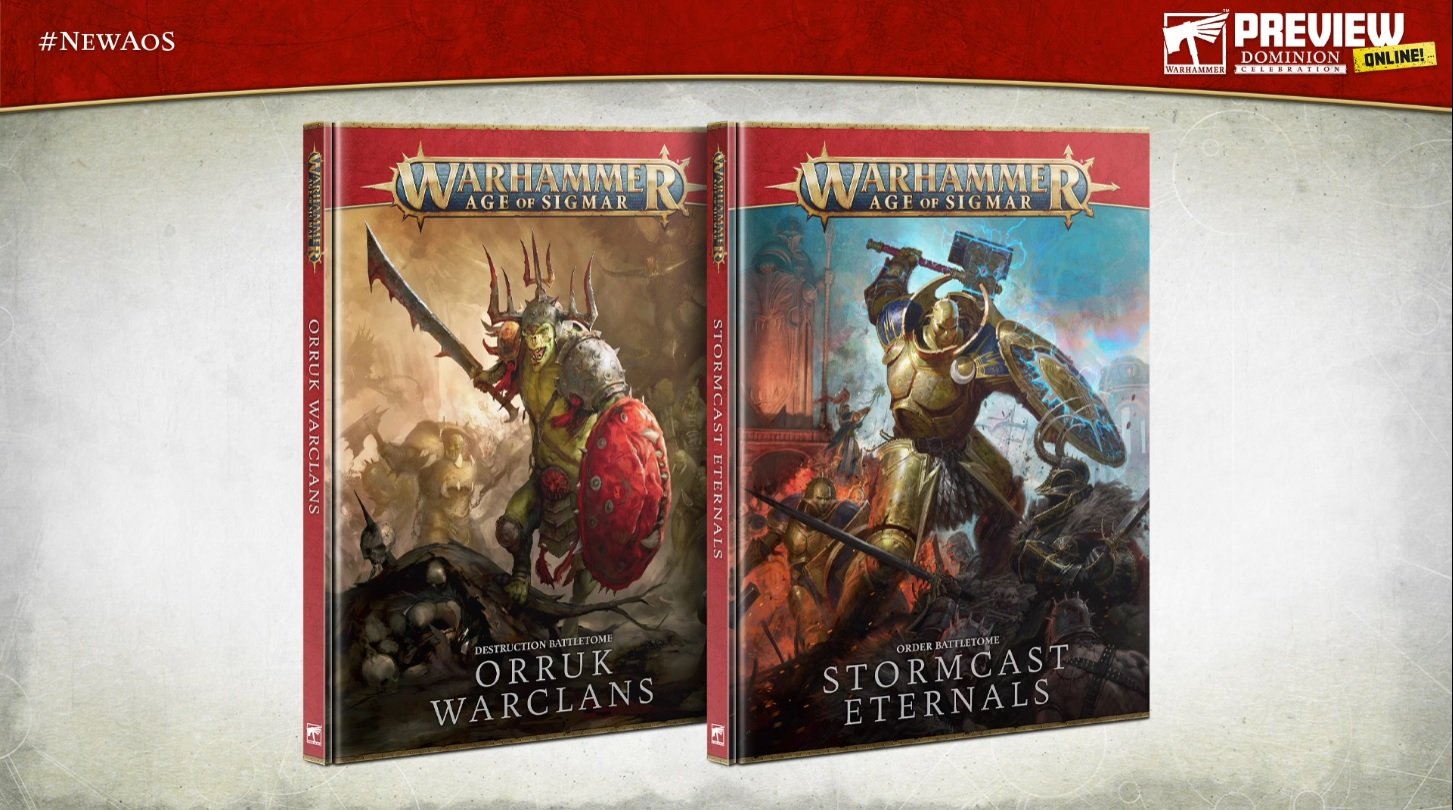