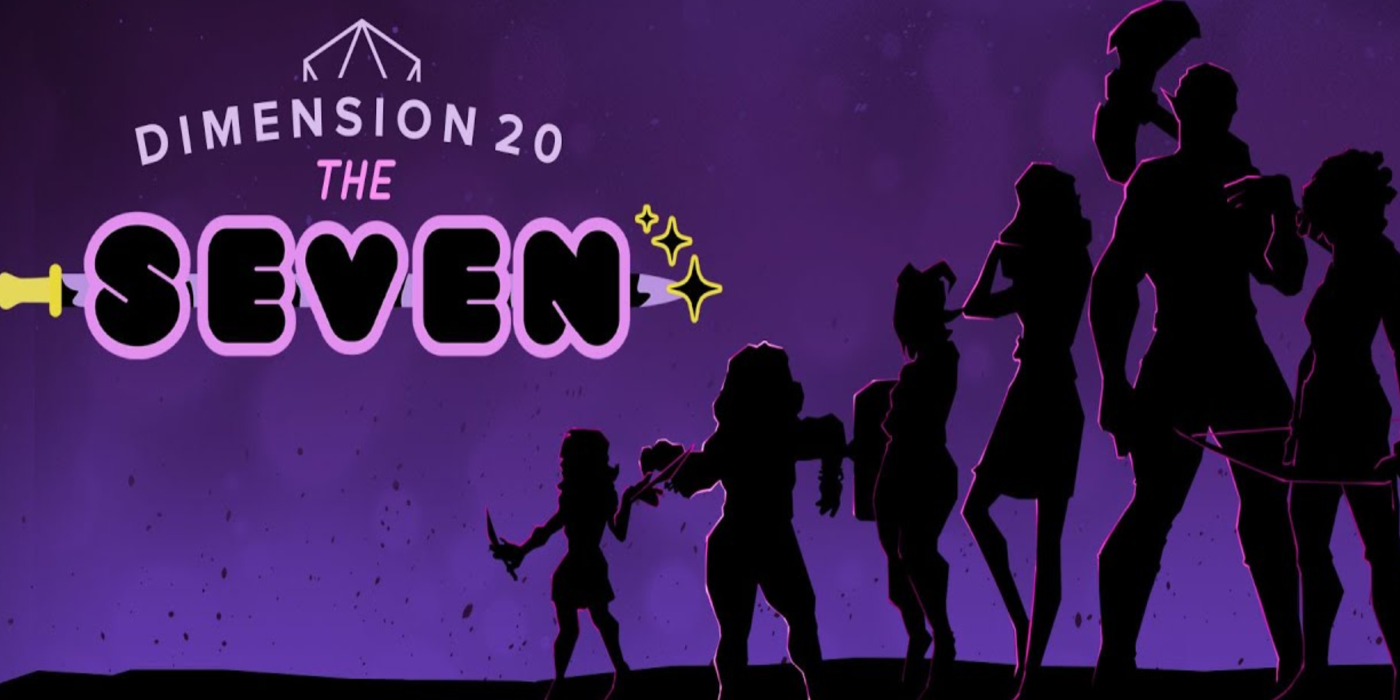 Dimension 20’s new D&D series, The Seven goes back to school–fantasy high school that is, with a look at “seven maidens” bound by friendship.

Have you been watching Dimension 20? This is the CollegeHumor/Dropout.tv run D&D livestreamed series, which started back in 2018 featuring Brennan Lee Mulligan and the cast of College Humor’s sketch series, and has since brought many memorable moments to the table, including mixing D&D and John Hughes movies, taking a look at what happens when you bring D&D to New York City, a mouse-filled murder mystery, and most recently a sendup of all things Wizarding World related in Misfits & Magic, which you can watch now on YouTube and features Aabria Iyengar, legendary GM.

Cut to today, when the trailer for the latest season of Dimension 20 dropped:

If you love humor and heart mixed in with your dungeons & dragons, and especially a good bit of high school drama, you’ll love the world of Spyre, which is a standard D&D world, except for the kingdom of Solace which is like a 50s-80s Americana-filled town, right down to magical cars and everything else. It’s very much like what you’d expect to find in Onward if magic hadn’t been slowly vanishing from the world.

If you haven’t seen the first season, some of the trailer might not make a ton of sense, but you don’t really have to have watched it to understand the gist of what’s happening. At its heart, The Seven is a show about friendship but it’s a friendship challenged by bandits, brigands, dragons, and of course, that most terrifying monster of all–graduating and having to face the real world.

The show focuses on the titular group, the Seven–a group of “seven maidens” who were taken prisoner during Fantasy High’s first season. Which is excellent, you should watch it. It’s right here, just go click on that video and start a journey. 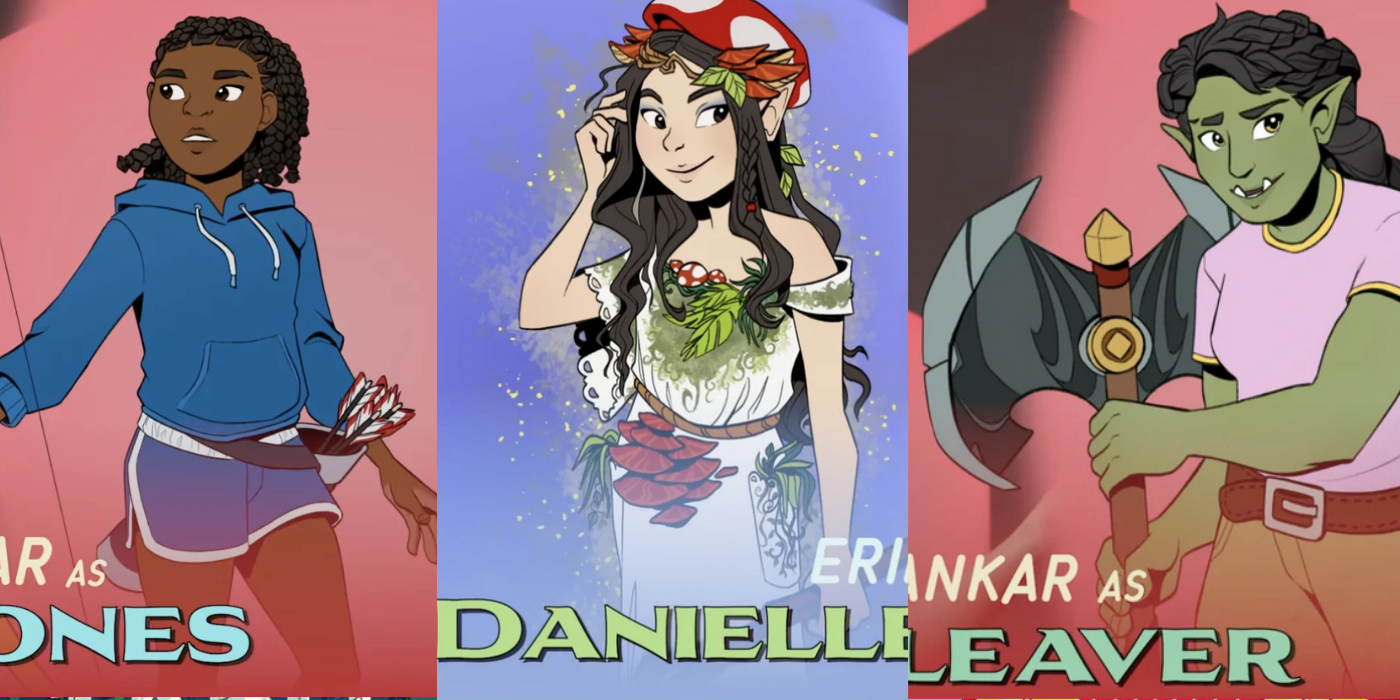 In the first season, these seven teens are captured and put into crystals to help free an ancient evil from its current “prison”. Of course, they get rescued and by the end of the series, they get to work out some of their “rage issues” in a visceral, foley-filled cutscene. But the new season follows heroes Antiope Jones, Danielle Barkstock, Katja Cleaver, Sam Nightingale, Penny Luckstone, Ostentatia Wallace, and Zelda Donovan as they face their final year of the Adventuring Academy. 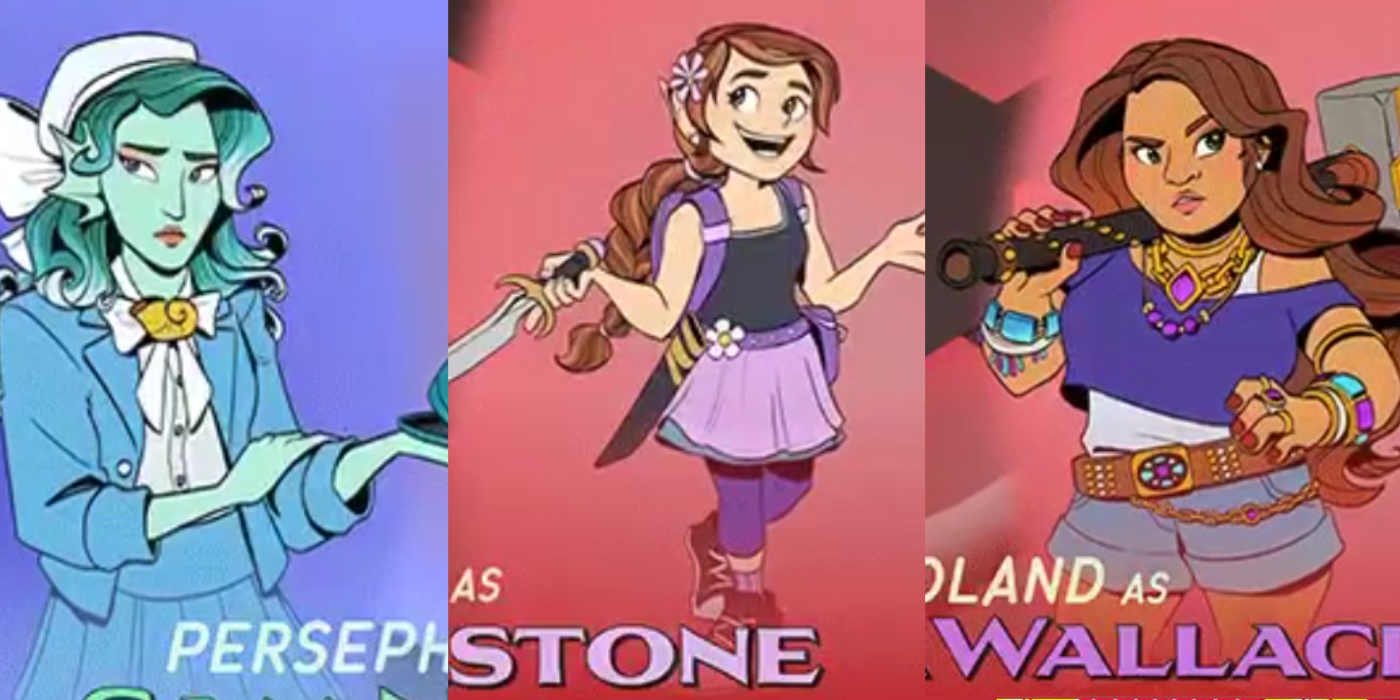 They’ll be tasked with earning their GEDs, finding the missing Superintendent of the school system, and, per usual, saving the world of Spyre from nefarious forces looking to destroy it. And what a cast they’ve put together for this. Aabria Iyengar steps out of the DM’s chair to play as Antiope Jones. Erika Ishii, whom you might recognize as the voice of the Apex Legends character that makes you wish they were making another Titanfall game, returns once more. As does Rekha Shankar, a Dimension 20 and CollegeHumor alum, as well as the person who understands why it’s so hard to get to the recipe you want to make.

But new players join the set, affectionately referred to as ‘the dome’ this season: Isabella Roland, Persephone Valentine, and Becca Scott take up dice. And on top of that, this is going to be a very visible demo for the upcoming 3d virtual tabletop, Talespire, which we’ve talked about before. So you’ll get to see firsthand what this new program can do.

This season looks to be a blast folks, so be sure and check it out in three short weeks.

Learn more about The Seven

Author: J.R. Zambrano
Bell of Lost Souls Staff Writer and DM, J.R. covers RPGs of all stripes and on occasion eats sandwiches. You can ask him about either at [email protected]
Advertisement
Dungeons & Dragons RPGs Twitch
Advertisement

D&D: Digital Roleplaying Is In The Cards After WotC Leads Hasbro Stock Surge 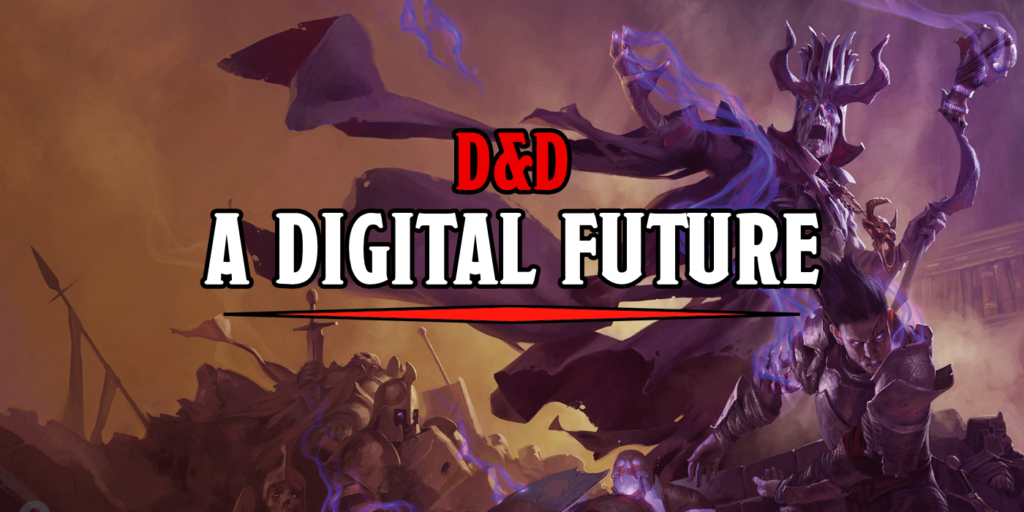