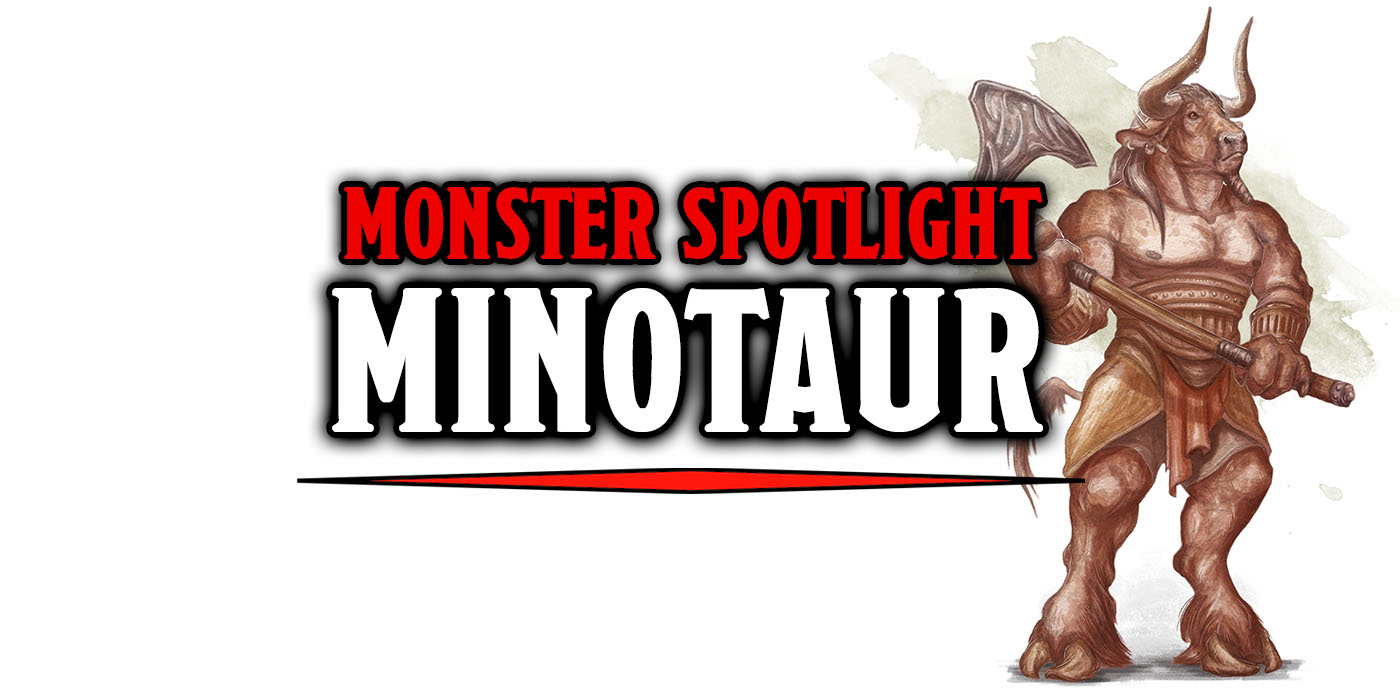 Mazes are fun until you’re lost in one with a seven-foot-tall beast that can track you anywhere and relentlessly attacks their prey for fun. 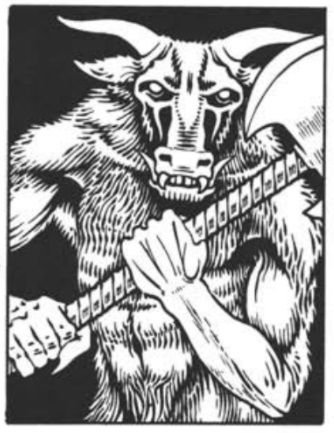 Not particularly complex or intelligent creatures, the Minotaur typically live in the wilderness or underground in places that can be described as “labyrinthine.” They can track their way through a maze to their prey with 50% accuracy and will attack anything fearlessly unless they are completely sure that they couldn’t defeat it. That said, Minotaurs aren’t smart and probably won’t be absolutely sure that they can’t win unless they’re up against a dragon or something of a similar challenge rating. 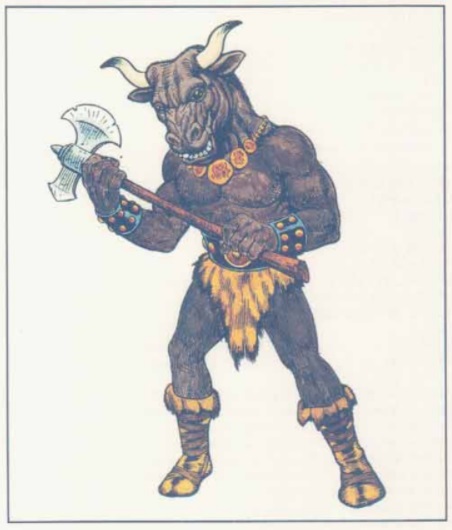 Though they’re not intelligent, Minotaurs are cunning with good senses and have a variety of attacks at their disposal depending on the enemy they are up against. For creatures near their height (or at least six feet tall compared to a Minotaur’s average of seven feet) they prefer to headbutt, while a smaller prey would instead get bitten. They have also been known to charge and butt opponents, but if all else fails, a Minotaur will likely have an axe or flail as a weapon. It’s not uncommon for Minotaurs to live in communities of up to eight members, but since all Minotaurs are male, they can’t mate unless it’s with a human. Which frankly leaves me with more questions than Second Edition was going ever to answer. 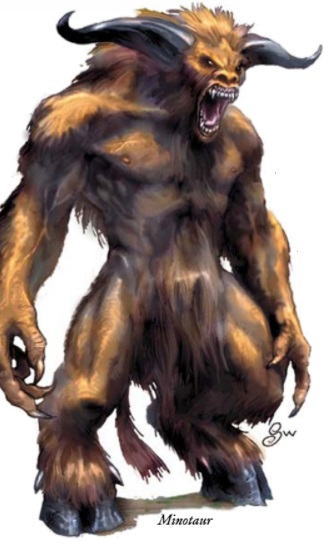 Despite living almost exclusively in mazelike lairs, Minotaurs are almost never left lost or unaware of their surroundings here. In fact, they are immune by nature to maze spells, and getting lost in general, and are able to track their prey nearly anywhere. Minotaurs also have three feats naturally due to their monstrous humanoid level. These feats are Great Fortitude, Power Attack, and Track. 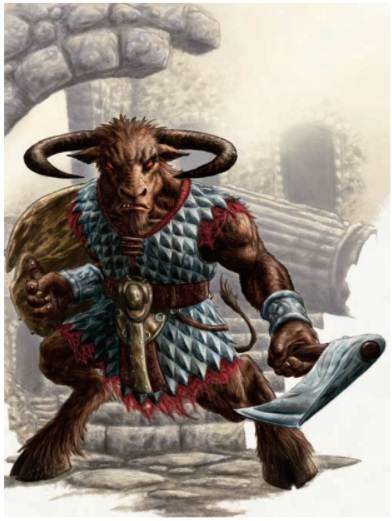 Fourth Edition introduces the smarter version of the Minotaur, the Minotaur Cabalist. They are leaders, often employing the less intelligent Minotaur Warriors as bodyguards and removing themselves from direct battle once they are hurt. But Minotaur Cabalists aren’t pushovers. They are also humungous, strong, and fierce enemies who will kill anyone in their path if given the chance. They just happen to also have access to access to some mystical powers and can make other Minotaurs do their bidding. 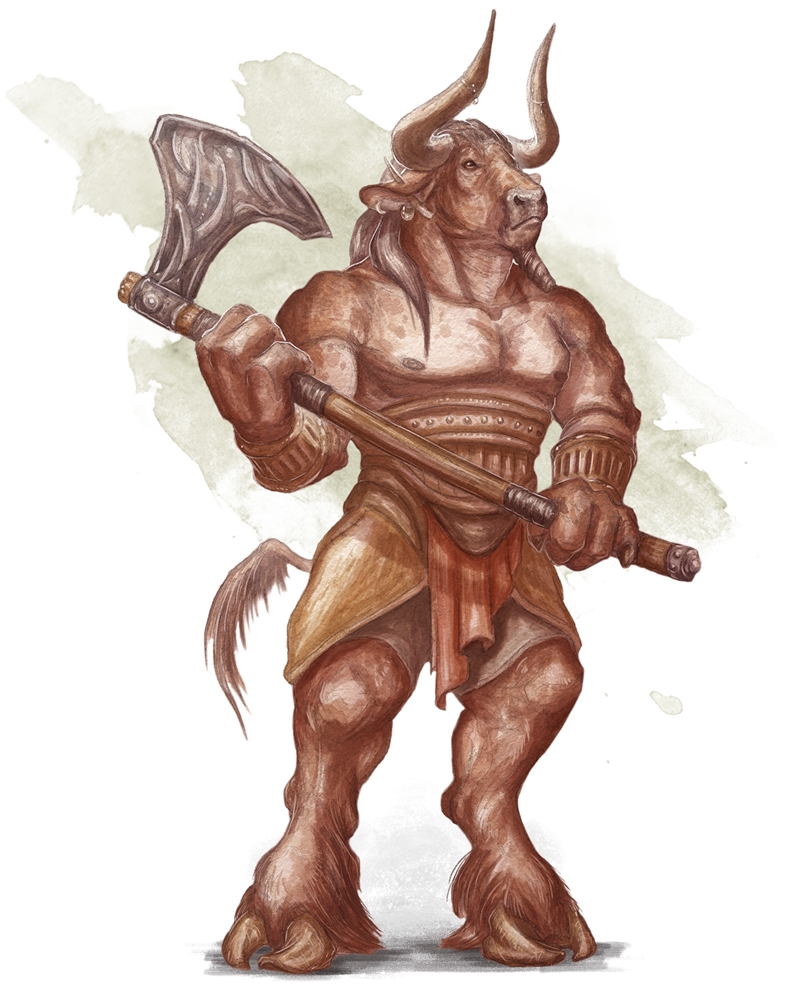 The most recent incarnation of the Minotaur has quite a few changes from its predecessor lore-wise but few changes to their abilities or stats. Charging, goring, and the great axe are still the Minotaur’s go-to moves, but now they are specifically antisocial creatures, choosing to live alone in their labyrinth like homes. Sometimes they will choose to mate amongst themselves – something they can do now as compared to earlier editions – while all of the original Minotaurs were once humanoids transformed by dark rituals in honor of the Horned King.

Have you ever encountered a Minotaur in your D&D adventures? Which kind of attack did it use against you? How long did it take your party to find their way through the Minotaur’s labyrinth house? Let us know in the comments! 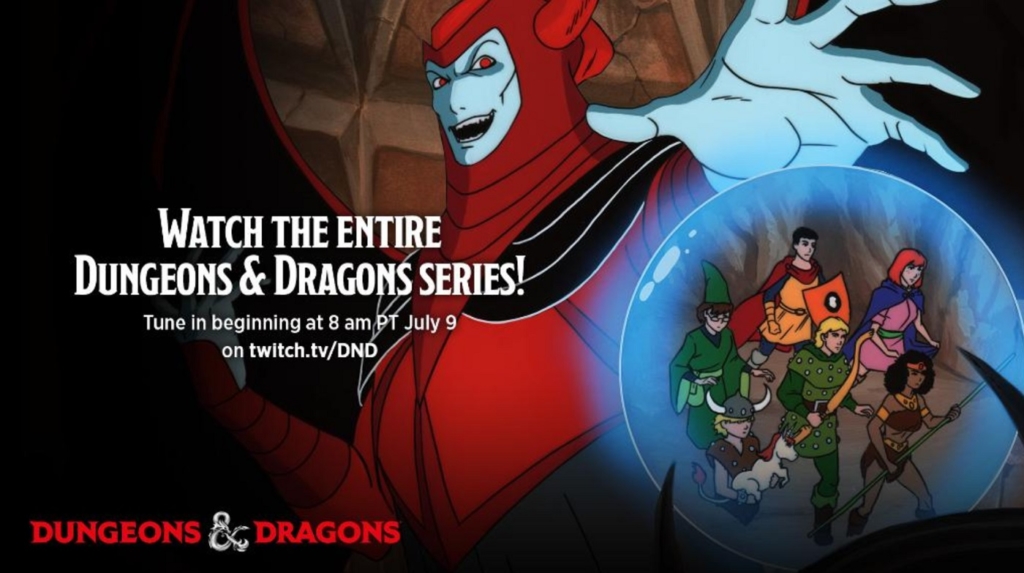