Let’s take a look back at some major mistakes The Rise of Skywalker made.

Well, the editor is saying I can’t get away with just that, so, sigh, I guess we are doing a real article about this. We’ve been looking back at mistakes Star Wars movies made, so far we’ve looked at The Force Awakens and The Last Jedi. Now it’s time to get into the Rise of Skywalker, what most people consider to be the worst Star Wars movie of all time, and I myself consider to be a movie. Maybe. And yeah, finding just five is HARD. This movie is a giant mess, and I’m not even going to touch on things like not having a plan or changing directors or, maybe, completely changing the script. So let’s take a look at what I consider to be the five largest mistakes. 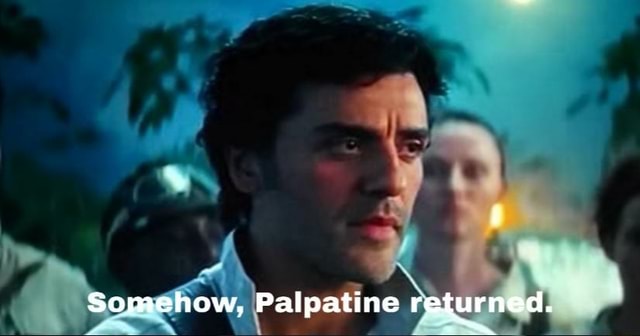 Look, I get WHY you might think this was a good idea. Palpatine is the iconic villain of the first 6 Skywalker movies. He is the big bad guy and a great villain. It makes sense to want to end the Saga as it started and try to tie everything together. Also if you need a villain and happened to have killed off all the others, while deciding to redeem the only remaining one, then this is an easy option.

It’s also a horrible one. Bringing him back completely undermined Anakin’s ark and actions as the one who brought balance to the Force, indeed it basically undermines decades of the Skywalkers struggle. It’s also just done reallllly poorly. His return is announced in the… opening crawl?  It’s literally just – HE’S BACK!. Deal with it. It opens up so many questions, why has he been hiding for decades? Why… why just anything. I can’t with this.

Trying To Undo The Last Jedi 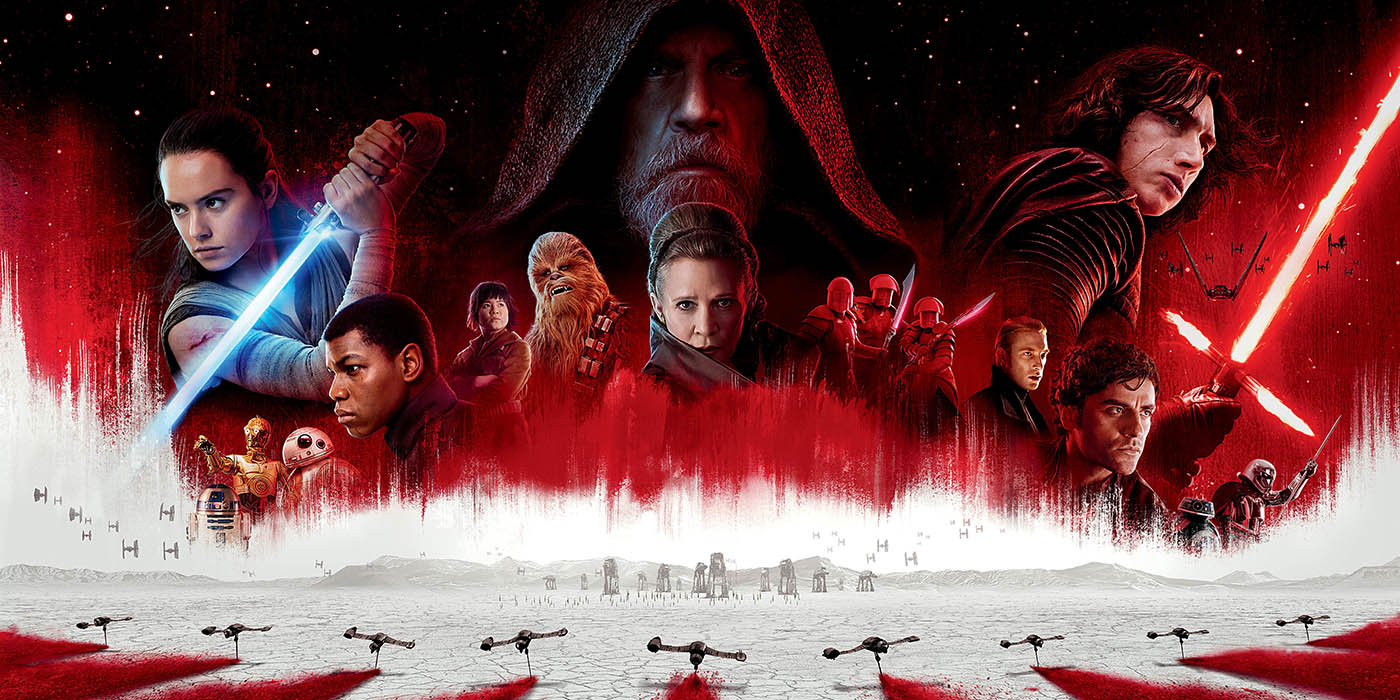 The Last Jedi was a controversial film. There were plenty of things it did and directions it took that people didn’t like. It often took plot threads from The Force Awakens, JJ’s mystery boxes, and then killed off those threads. It gave us answers, that while we might not have liked them, were at least answers. The Rise of Skywalker takes a lot of time to seemingly directly work to erase and undo parts of The Last Jedi. I know JJ might not have liked that movie, but it was the movie and setup he had to go with. By reacting against it the whole trilogy feels even more disconnected and unplanned, with twists zig-zagging around. It also feels very petty. 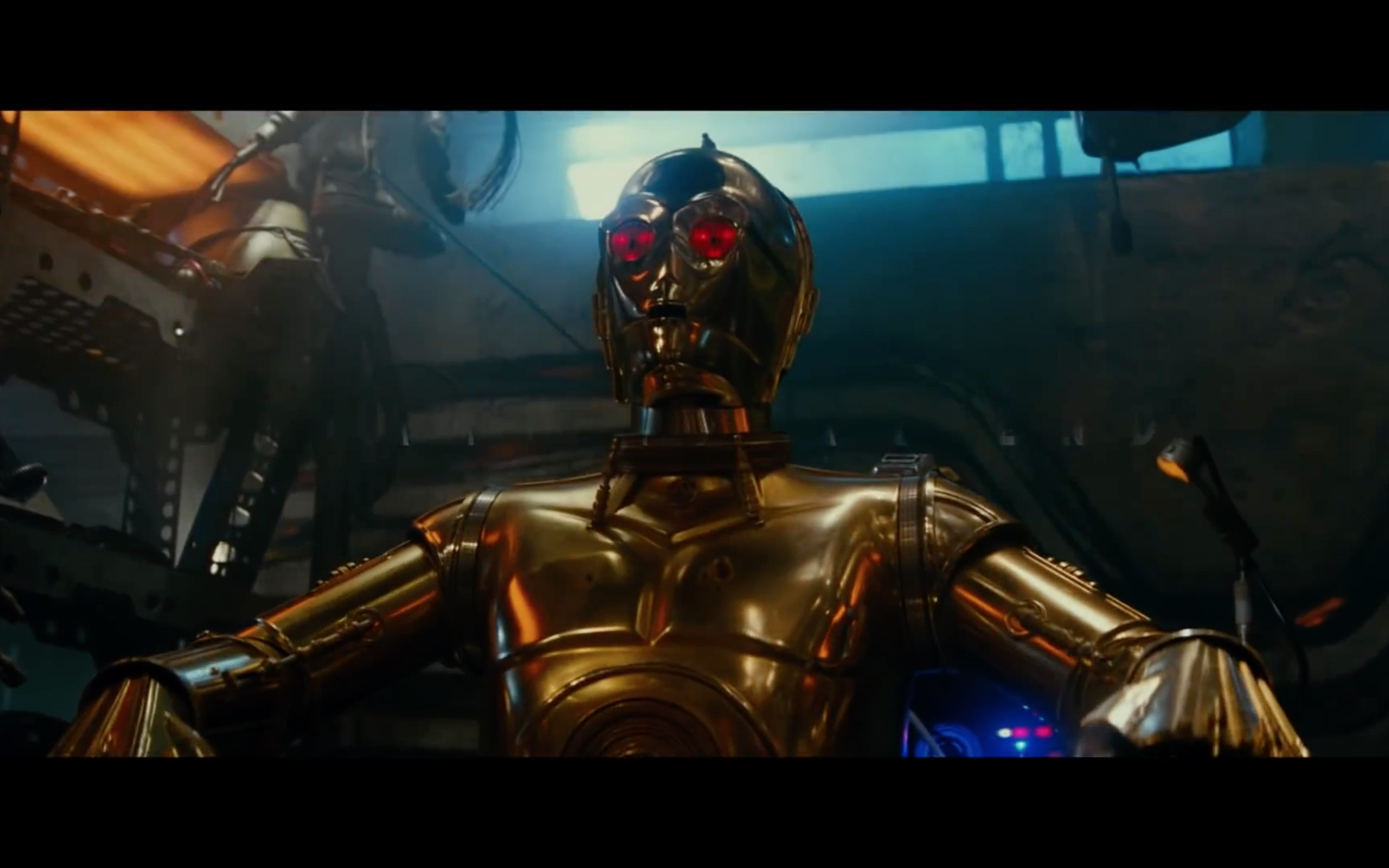 This movie has a surprising number of fake-out deaths in it. But in one of the few moments that seemed to have any real emotional impact it looks like C-3PO is going to “die” by getting his memory wiped in a heroic sacrifice. Now, there are plenty of things wrong with this scene. C-3PO says goodbye to his “dear friends”- people he has no real connection with. He’s going to “die” by having his memory wiped, but that’s common for droids, indeed C-3PO has had his wiped at least once sometime between Episodes 3 and 4. But yeah, it’s got pretty much the most bit of emotion in the movie. We are even told that he can’t come back, R2 might have a backup but it’s been corrupted. And then… and then he just comes back. He’s without his memories for a bit and then R2 just… backs him up. No damage.  Killing any emotional impact his sacrifice had. 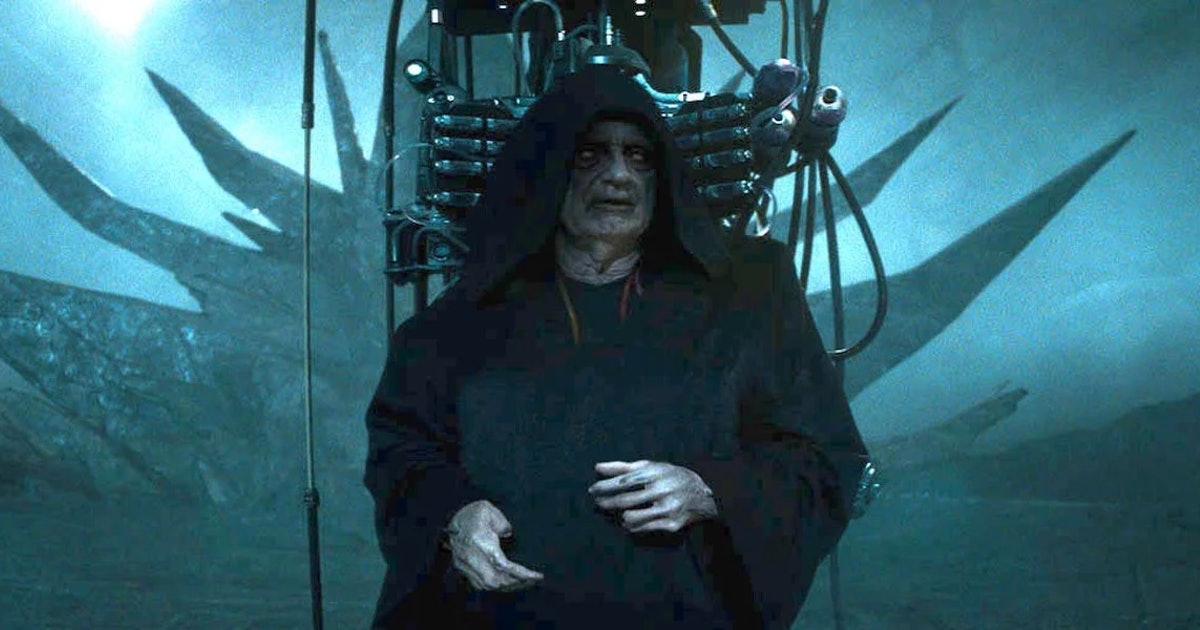 This movie really wants the Emperor to be the master planner, the one who has manipulated everything for decades. It bends over backward to make this happen. But damned if I could tell you what his plan is or how it makes a lick of sense. Indeed there seems to be kind of be two plans? Like think about it, he’s been planning all this since the time of the Empire so his plan was… manipulate a civil war, get to be the leader of both sides, and then win it allowing him to transform the Republic into an Empire under his control, rule for twenty years and then have a rebellion crop up.

After his “death” he then planned to lay low for like 30 years building up the First Order as a fake front, have it lunch an attack and take over the galaxy, have it reign for a year and then unleash a fleet of ships to… blow up the galaxy? I don’t know what’s happening. Or what about his personal plan, which involves sending Kylo Ren to kill Rey, but also requires her to come kill him so he can take over her body… or something? Man, I don’t know. He doesn’t come off as smart, just kinda dumb.

The Battle Of Exegol

Just… just everything about this whole end is a mess. It’s a classic example of needing to have everything be bigger and flashier than what came before without any reason or setup. This whole thing is nonsense, from Star Destroyers that are mostly reused art assists and can’t fly on their own, to cavalry charges on spaceships. But for me, the worst part has to be when the massive Galaxy fleet shows up to save the day. This is supposed to be a stirring impactful moment. But it lands flat. This is literally a fleet of faceless mooks who we’ve never heard of before, aside from like 4 people. Somehow Lando, who’s been living in a desert for decades, gathers the largest fleet anyone has ever seen, in like 12 hours? Where did it come from? What’s it been doing for the last year? It wants to be the Rebel fleet from the OT, but we saw that, travel and grow over the trilogy. This is just.. junk. It’s useless clutter that has almost no impact. It’s a horrible mistake.

Let us know what you think the worst mistakes in this movie were, down in the comments!

'Star Wars' Cosplay: Lando Calrissian and the Return of Colt 45