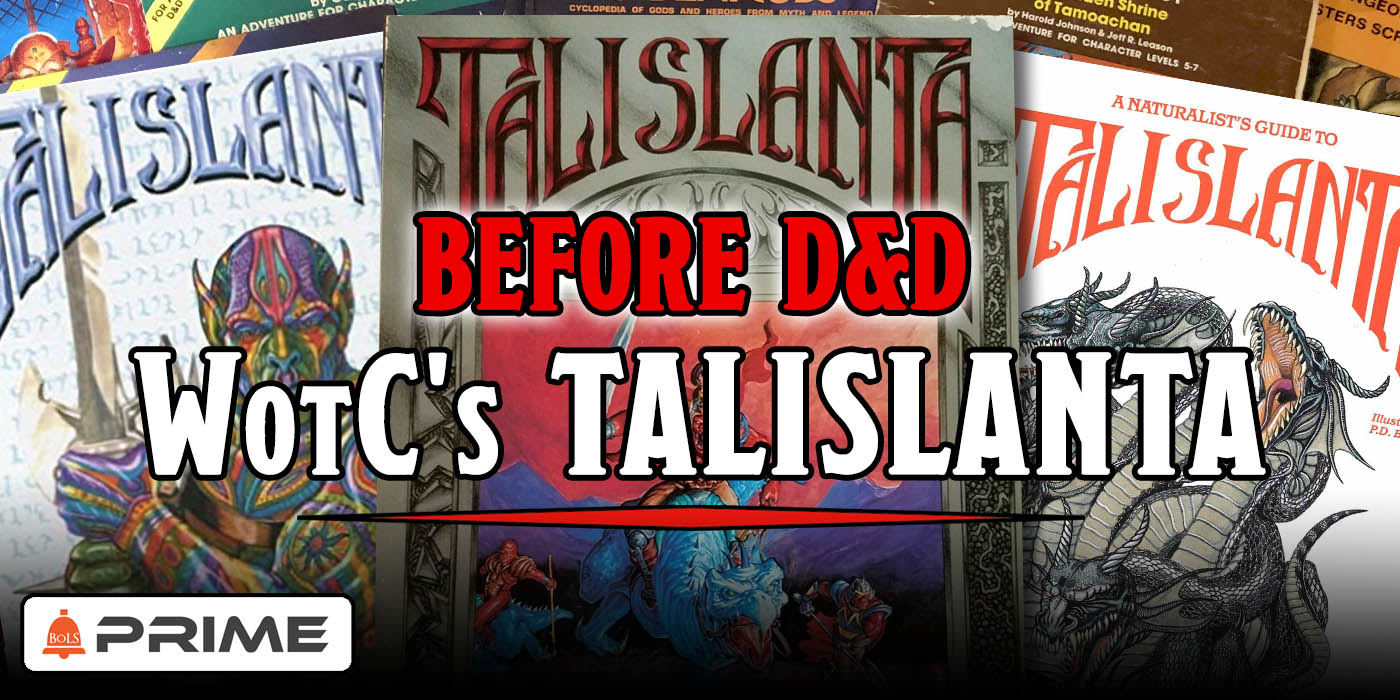 Before D&D and Magic: the Gathering, Wizards of the Coast was a small RPG publishing company in Seattle, Washington that got their start with Talislanta.

Alright, the 90s are back right now, everywhere from the TV shows that are being rebooted, to the trendy clothes that you'll find on sale at your retailer of choice. When you can walk down the aisles and find a Seinfeld, Rugrats, and Rocko's Modern Life sweatshirt, button down shirt, and tee all in the same store, it's a sign that time itself is a flat circle. Either that or Capitalism, in fact is just a big ol' confirmation bias paradox where the only thing we can make is stuff that was already successful once, which is why nobody makes new IP anymore, they just look for something that Gen Xers liked, ironically or not, and retreads old ground.

But in the interest of helping the invisible hand of the free market find new targets, we've decided to take a look back at WotC before they started printing money with Magic: the Gathering, back when they were a small, indie RPG publishing company that got their start with a game that, itself, was descended from D&D. Because the story of WotC's first game is the story of Talislanta.

And the story of Talislanta, like most fantasy RPGs, begins with D&D. It all starts back in 1982 with a company called Bard Games that was formed to produce Dungeons & Drag...