Total War: Warhammer 2’s Final DLC Will Send The Game Off With A Bang 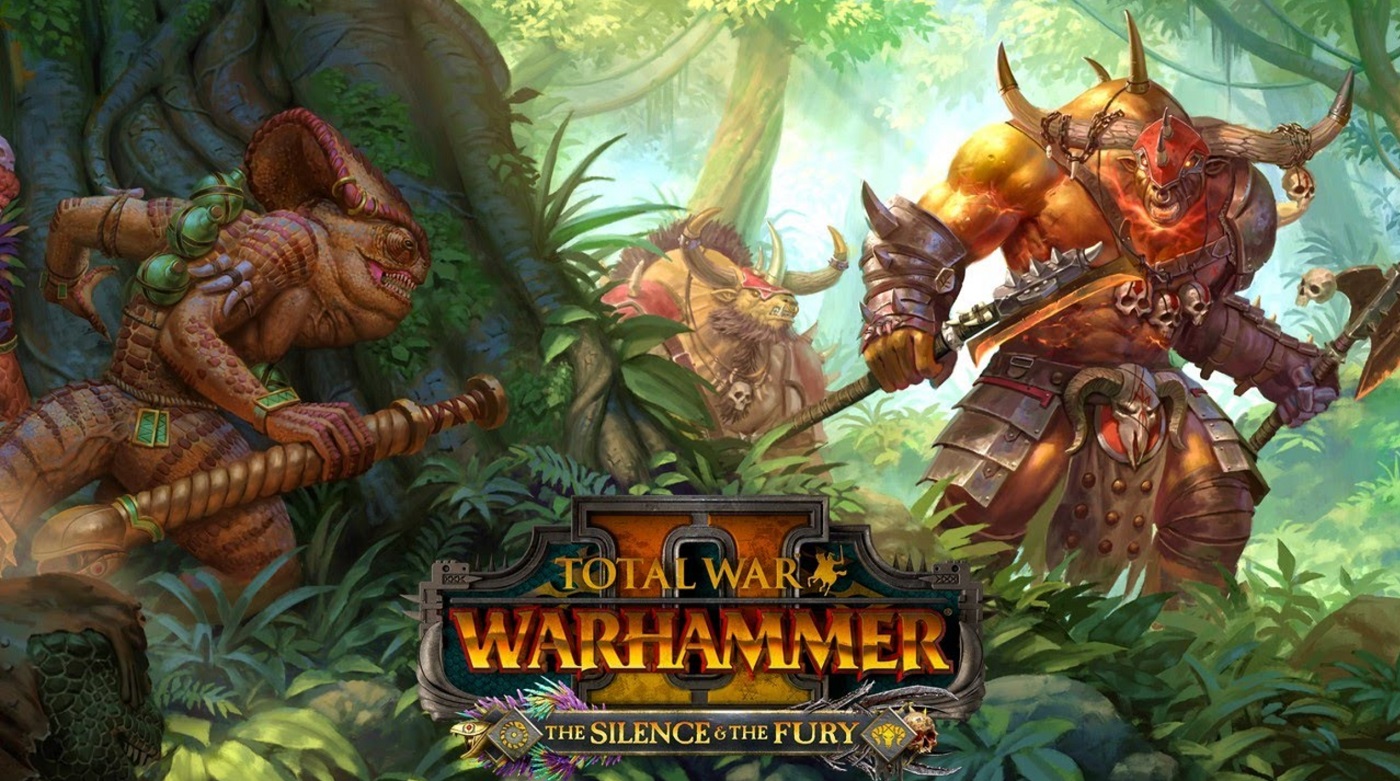 The Silence and the Fury brings about the end of Total War: Warhammer 2, adding all-new units, legendary lords, and more. Check it out.

Total War: Warhammer III might be just around the metaphorical corner, but before we get there, there’s one last mission. One last DLC campaign to head out on. So let’s head to a remote location in search of TW: WH2’s last known whereabouts to see if we can convince them to pick up the life they swore they left behind.

The Silence and the Fury brings Beastmen and Lizardmen into deadly conflict with the fate of the stars themselves hanging in the balance. It’s got everything you could want, ancient prophecies, skinks that can see the future, gors, and enough giant monsters and dinosaurs to cause the ground to shake. Check it out for yourself in the latest trailer to drop from Creative Assembly.

This Lords Pack for Total War: WARHAMMER II introduces two new Legendary Lords for the Lizardmen and the Beastmen. Each leads their own faction and features new characters, units, unique gameplay mechanics and narrative objectives.

Formed of living bronze, the rage-filled Doombull Taurox is nigh-on invincible – save for one area on his gargantuan neck. The Chaos gods whisper to him of a ritual that can eliminate this weakness, but the promises of the ruinous powers are seldom what they seem…
Meanwhile, Oxyotl, the revered Chameleon Skink and master of stealth, scents the machinations of Chaos and rallies his cohorts. Taurox must be stopped at all costs, lest a new tide of Chaos sweeps the world. When the Silence meets the Fury in a final confrontation, who will prevail?

You get two new legendary lords in the pack: Taurox and Oxyotl, and alongside of them a host of new units. Whether you’re looking at the Doombull and his beastly followers, or the stealthy, shadowy skinks of Oxyotl’s armies, there’s a lot to look forward to. Here’s a little about the new units on each side.

After embarking on a bloody rampage through Talabecland, Taurox was rewarded by the dark gods with a body of brass… and still, he thirsts for slaughter! As he wins battles, Taurox gains Momentum, and his army can replenish action points to fight and fight again. The longer his kill-streak continues, the greater the gifts bestowed upon him by the ruinous powers. He and his Beastmen hordes will ultimately need to locate the Heart of the Dark, where he will face Oxyotl in a final, decisive battle.

To aid him in this battle, he’ll have powerful new units, including:

A chameleon Skink of high renown, Oxyotl has a long history of fighting – and succeeding against – the otherworldly forces of Chaos. His prescience enables him to detect where the forces of chaos will strike next and, utilising the network of lost Silent Sanctums across the world only he can capture and develop, Oxyotl can choose which threats to tackle, and reap the rewards of victory. Oxyotl can instantly travel between his capitol, his unique mission areas, and any Silent Sanctums he has rediscovered. Ultimately, he must travel to the Heart of the Dark and face the hordes of Taurox in a final, desperate battle.

And joining the battle on the side of stealthful skinks you’ll have: