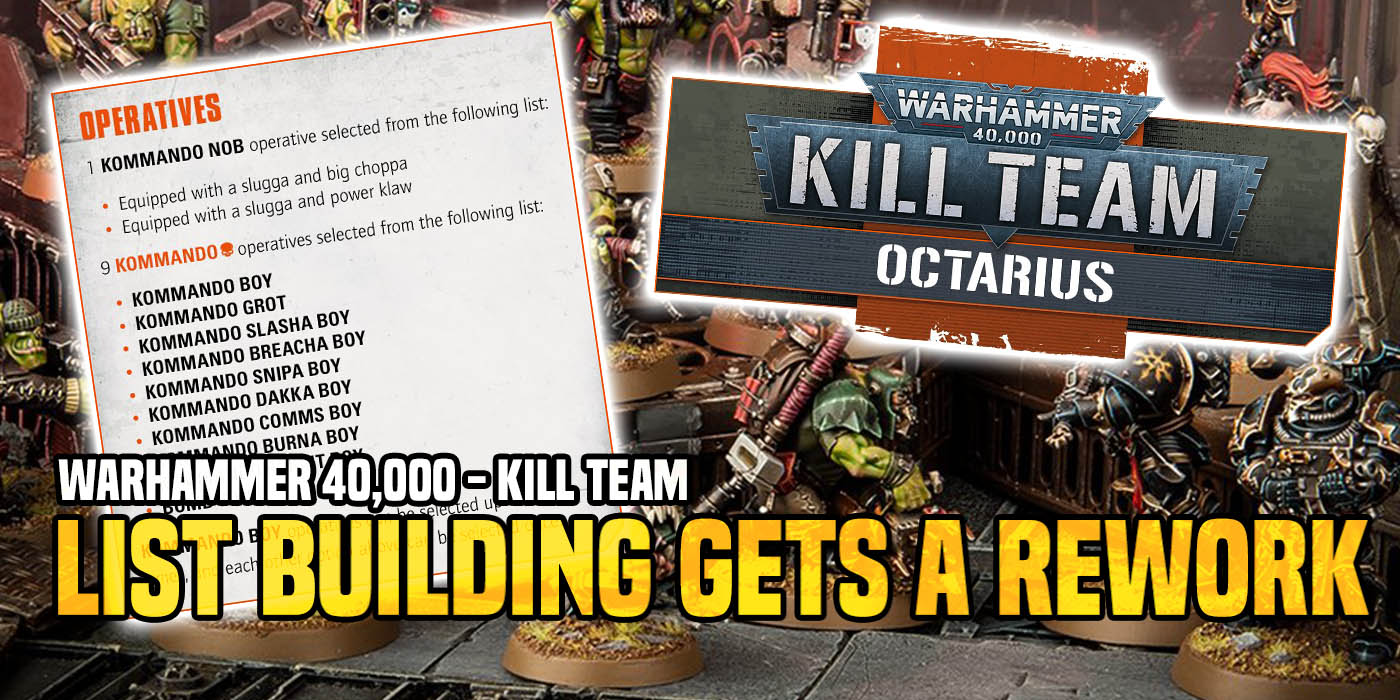 Points are a thing of the past in the new edition of Kill Team. List building is about to get a drastic overhaul.

If you thought it was just the core rule that were getting a rework guess again. The List Building in Warhammer 40,000: Kill Team has gotten a MAJOR rework. And no – it’s not based on Power Level, either!

“Because while you’re no longer using raw numbers to buy operatives into your list, the designers have effectively baked your operatives’ points values into the way you pick your rosters.

It’s an elegant system that makes list-building quicker and easier while still giving you loads of ways to customise your kill teams.”

Let’s take a look at one of the starting lists from the upcoming Octarius Boxed set – those sneaky gits known as Ork Kommandos! 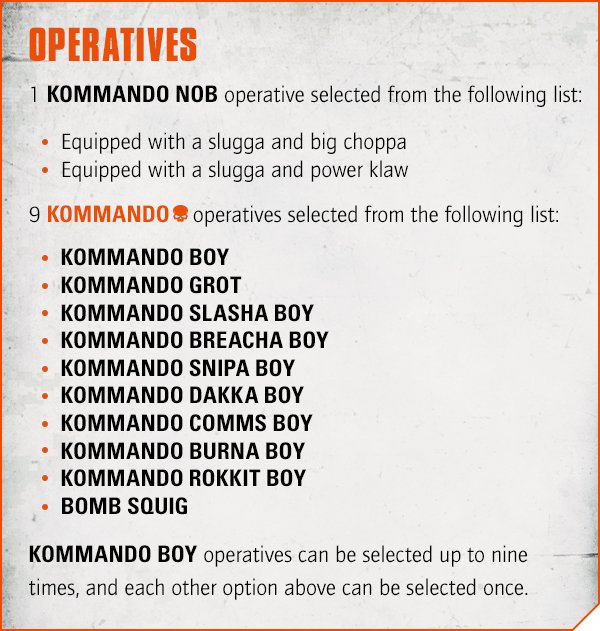 In essence, your Kill Team for the Orks is based on 1 Kommando Nob and up to 9 other Kommando Operatives. You can have 9 “generic” Kommando Boys, 9 specific specialists (with a limit of one of each) or a mix of any combo inbetween – again, with a max of 9 Kommando Operatives total.

This seems like a pretty simple system and you’re also cutting down on the options that can be spammed. You won’t be able to take 9 Burna Boys and call it a day. You’ll need to find a good mix and that’s part of the fun and balance of this new system. 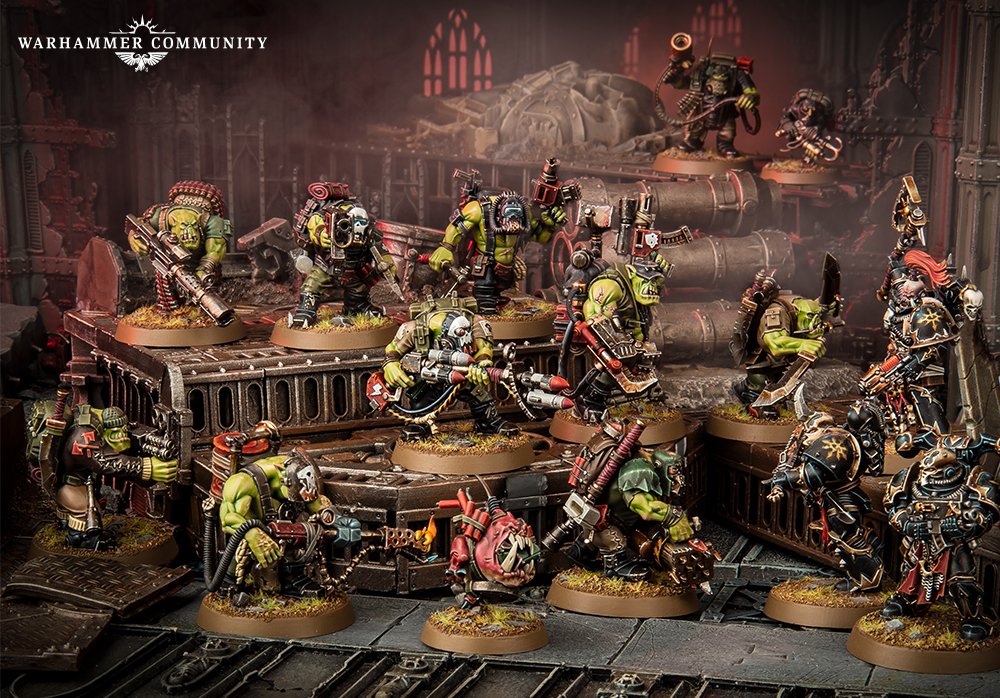 Alright, so what about the non-box armies? What if you want to take your current Kill Team and play in the new edition? Well, good news that’s going to get supported as well.

“First, you create a roster of up to 20 operatives, noting down any specialism and specific choice of wargear they have. You pick a kill team from the pool of operatives on your roster for every mission you play – in essence, you’re assembling a hand-picked squad of specialists from those available to you to best achieve the mission’s parameters.” 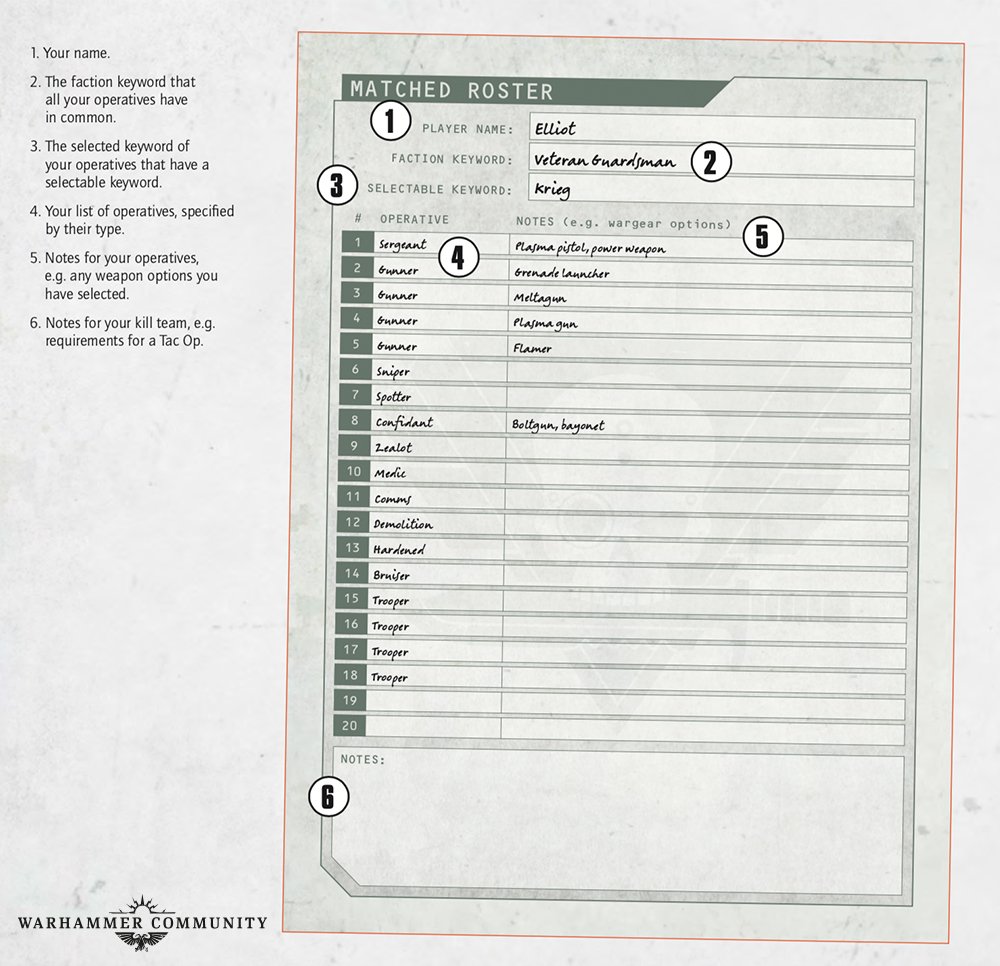 20 Operatives? That does seem like a lot but again, you may not end up taking all of them on every mission. Kill Teams will also be divided up another way with the introduction of Fire Teams. These are specialized groups within your Kill Team. Some factions will get just a single fire team (looking at you Astartes) while other might get two (like the Astra Militarum). 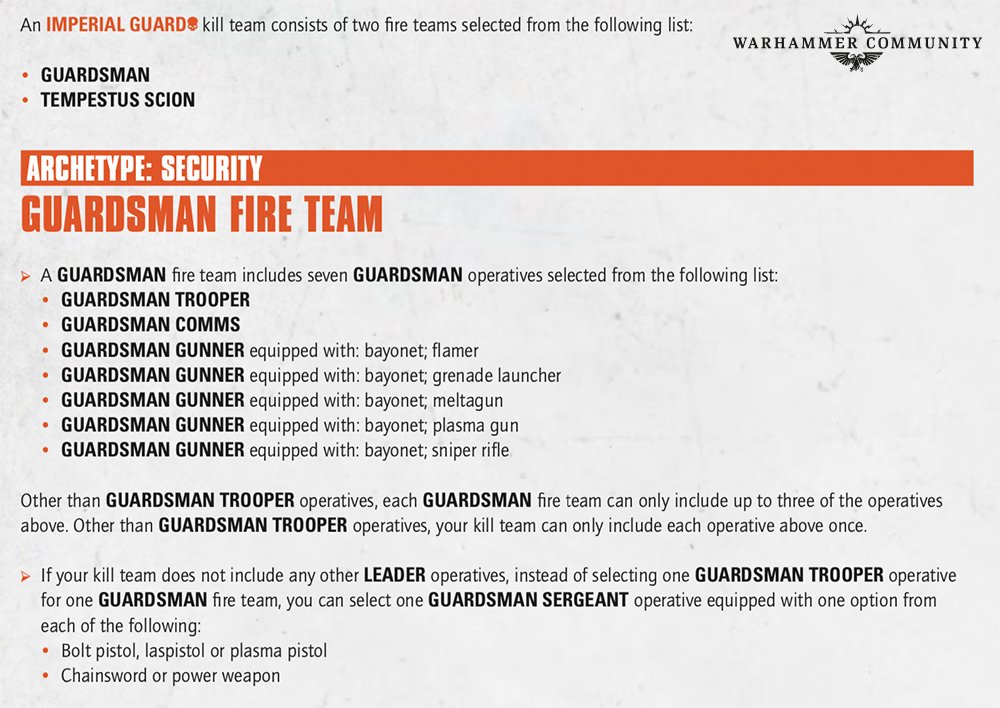 Note the limits on the types of Guardsmen you can take – only 3 specialists and only 1 copy of each operative.

GW also mentioned that for Kill Teams “the less imposing the operative, the more of them you get in a fire team” which can also create some interesting options. One other example they gave was for the Death Guard who can take up to 3 Plague Marines or 8 Poxwalkers. Obviously Plague Marines are a *bit* beefier than a Poxwalker hence why you can only take 3. 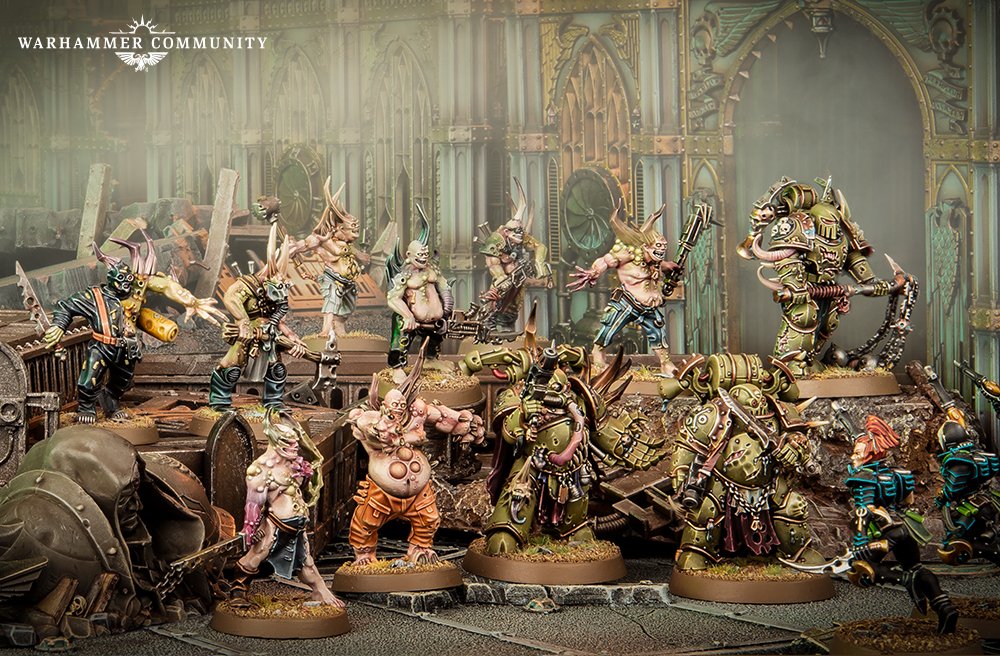 If you’re looking for even more customization in your lists you can rest assured that GW has some plans for that as well. Special equipment, rare relics, and even equipment you can capture may be in our futures…

What do you think of this drastic change to list building for Kill Team?

Author: Adam Harrison
Writer, Editor, Texas Native, and Austinite for 15+ years, Adam covers all things Tabletop Gaming. Which includes Warhammer 40,000, Age of Sigmar, D&D, Board Games and everything else that involves dice, boards, cards and a table. A hobbyist, player, and collector of miniatures and games, Adam's current obsession are his Death Armies for Age of Sigmar, his Blood Angels and Tyranids for 40k, and his ever growing Arkham Horror: The Card Game Collection.
Advertisement
Games Workshop Kill Team Miniatures Tabletop News Warhammer 40k Warhammer 40K 9th Edition
Advertisement

Games Workshop Rumor Engines: Where Are They Now - July 2020 Edition 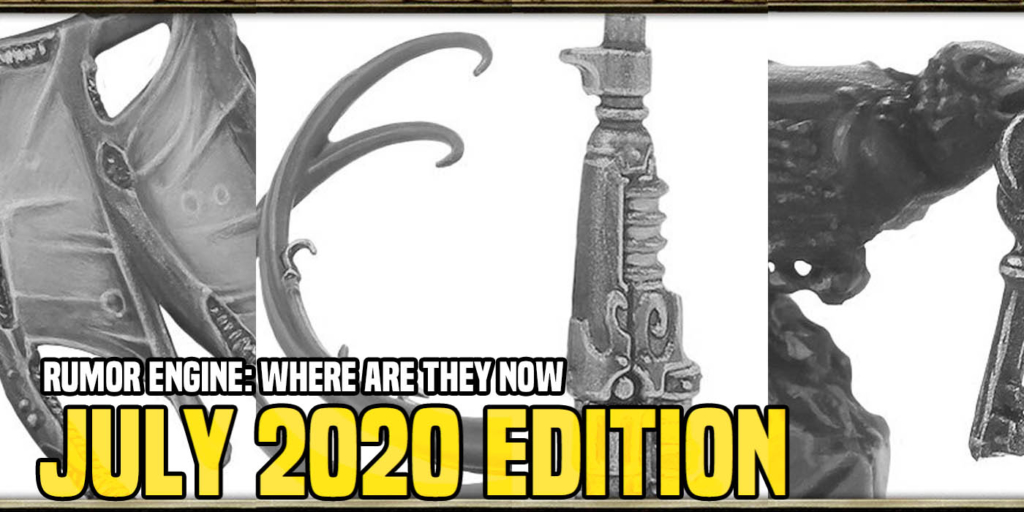