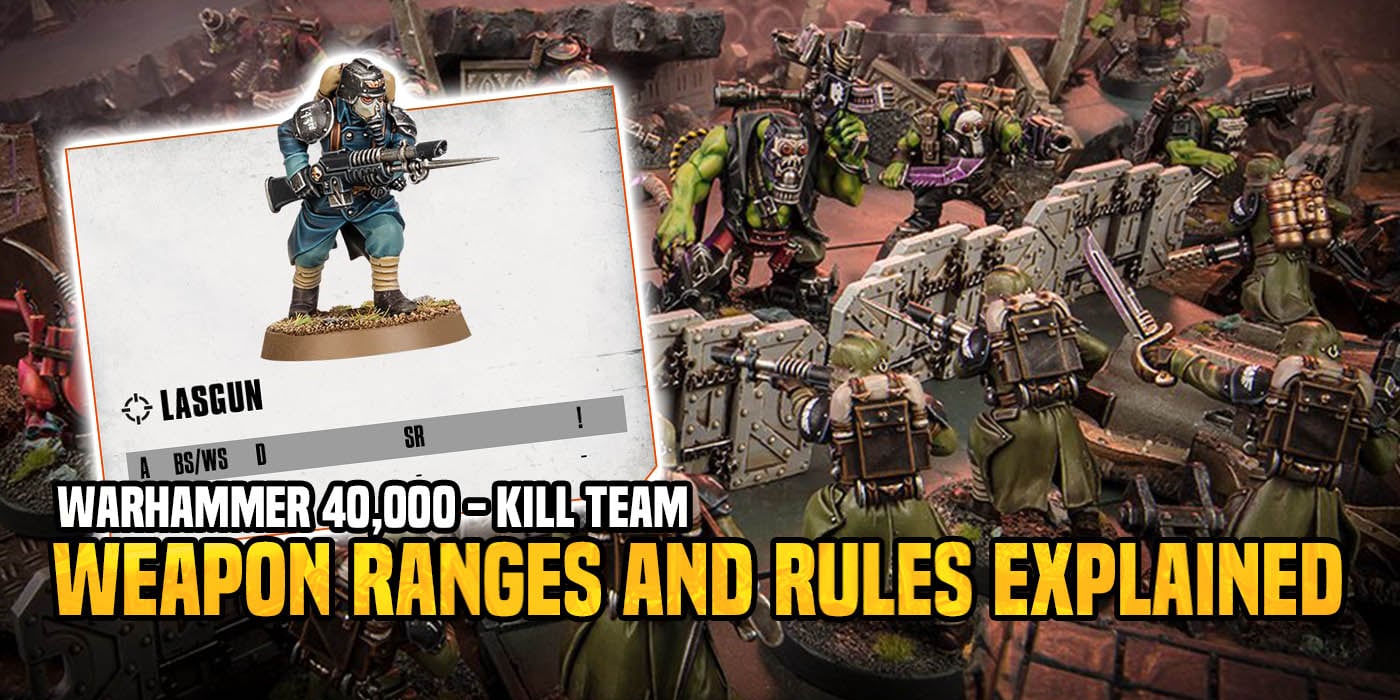 Warhammer 40k: Kill Team is getting an overhaul and the ranged weapons are getting dramatically reworked. Infinite Ranged Lasguns? Yes. And more.

Kill Team is the revamped close-quarters skirmish game from Games Workshop and they have really gone to town on the way the rules are changing. Yesterday we got a look at the new Datacard layout: 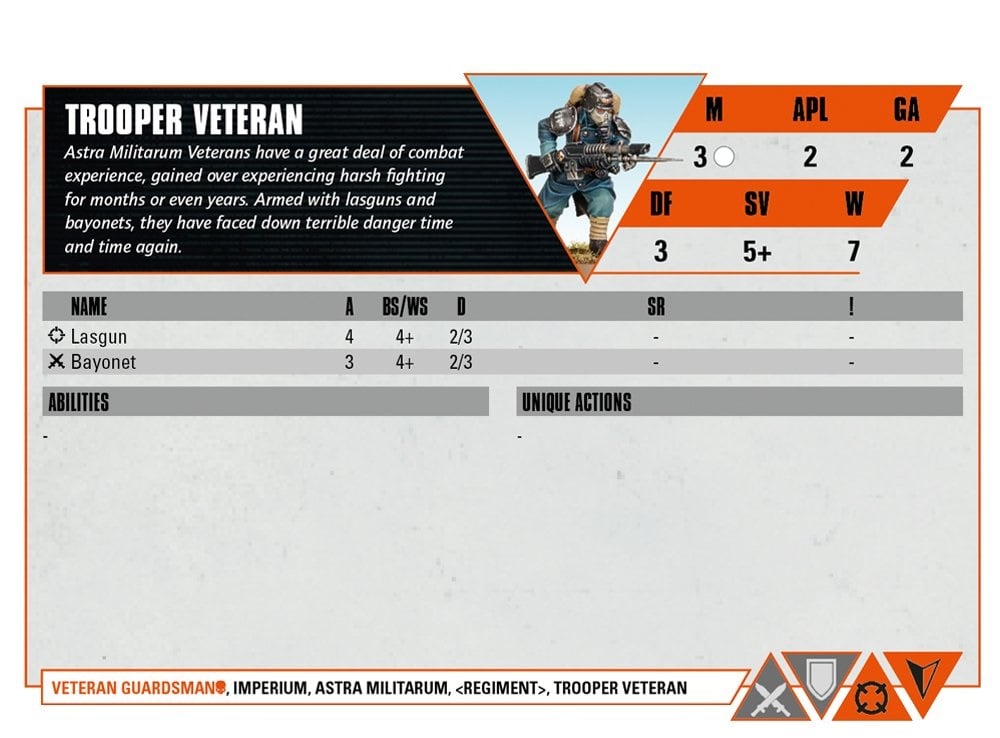 We got an explanation for the majority of the stats on the card. However, the weapon stats were not explained – until today. So what the heck do those weapon stats mean? Let’s dive in and find out.

“At a glance, you may be wondering where the lasgun’s range is marked. Due to the close-quarters nature of the Kill Team battlefield, weapons have unlimited range unless otherwise noted.” 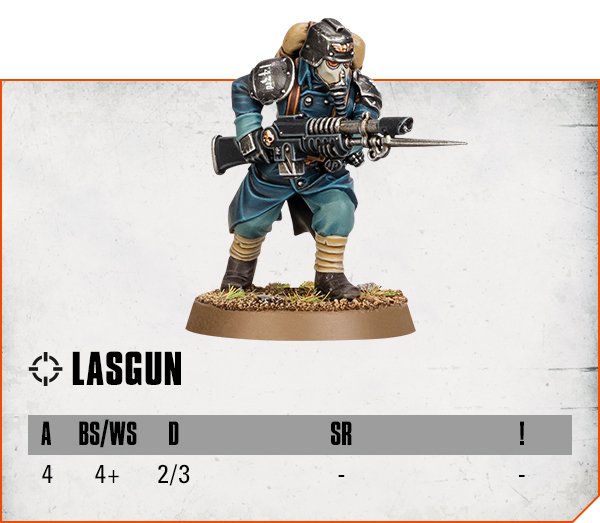 Comparatively, the Laspistol as a pretty short range. How short? According to the measuring devices and the handy chart GW made, about 6″:

The Attack or “A” stat is how many dice the player will get to roll when they use that weapon to attack with. You’re trying to roll equal or better than your respective BS/WS stat – in the case of the Lasgun, it’s a 4+. This should all be familiar. On rolls of a 6, those are Critical hits – more on those later.

As for the target? Well:

“The target must then roll the number of dice equal to their Defence stat – any results that equal or exceed their Save characteristic are marked as a save, with 6s counting as critical saves.”

If you’re keep track at home, yes, some weapons are going to have the possibility of generating more hits than the defence stat will generate saves. Something to think about. But for now, what happens next?

“Once all dice have been rolled, the attacker’s hit rolls and the target’s saves are compared. Crucially, critical hits can only be blocked by one critical save or two standard saves.”

So critical hits are pretty important as they can’t be blocked unless the save is also critical or the defender rolls at least two standard saves. Any shots that aren’t cancelled get damage applied.

“the split number represents how much damage is inflicted on a normal hit and a critical hit, respectively.” 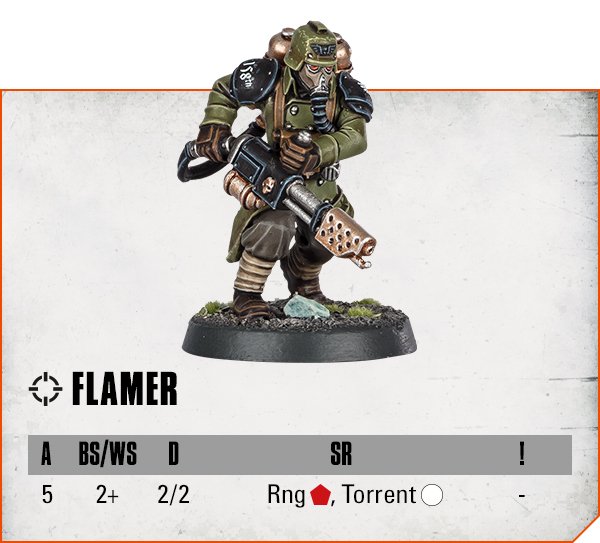 The flamer only has a range of red hexagon, but it also has Torrent white circle – that means it gets to hit everything within white circle range of the initial target. You don’t want to group-up when a flamer is around. 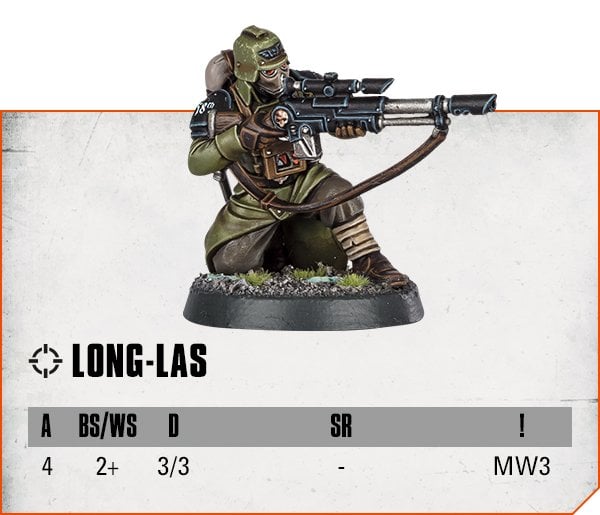 The “!” is the weapon’s crit ability – in this case it’s MW3. That’s shorthand for “Mortal Wounds 3” – in this case, a critical inflicts 3 mortal wounds on the target. These are automatic and applied before any saves are rolled. 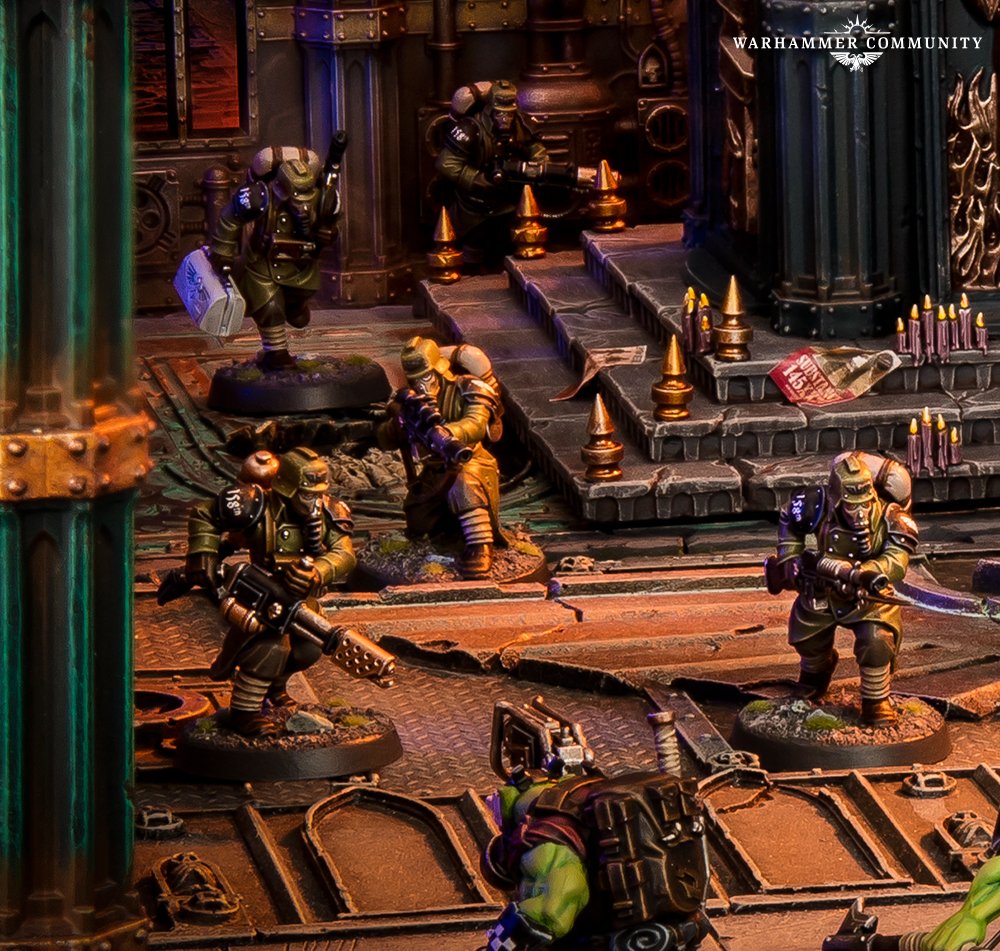 The new weapon ranges and rules in Kill Team are going to take some getting used to but these changes do help make it feel like a different game instead of a smaller scale version of 40k. We’re still very curious about the rest of the changes and how those will work out on the tabletop.

What do you think of these new weapon rules? Let us know in the comments.

Author: Adam Harrison
Writer, Editor, Texas Native, and Austinite for 15+ years, Adam covers all things Tabletop Gaming. Which includes Warhammer 40,000, Age of Sigmar, D&D, Board Games and everything else that involves dice, boards, cards and a table. A hobbyist, player, and collector of miniatures and games, Adam's current obsession are his Death Armies for Age of Sigmar, his Blood Angels and Tyranids for 40k, and his ever growing Arkham Horror: The Card Game Collection.
Advertisement
Games Workshop Kill Team Rules Warhammer 40k Warhammer 40K 9th Edition
Advertisement 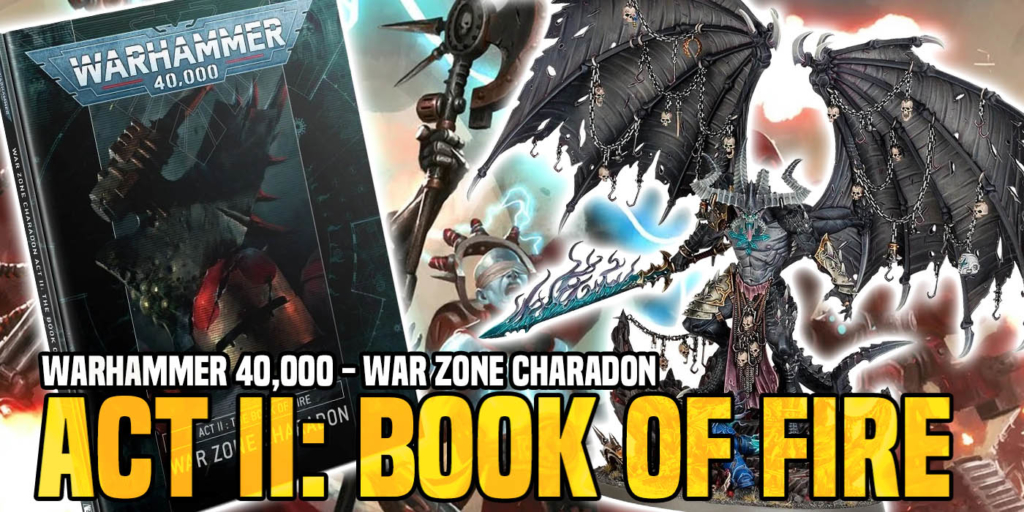